Scientists and Artists Inspire Each Other 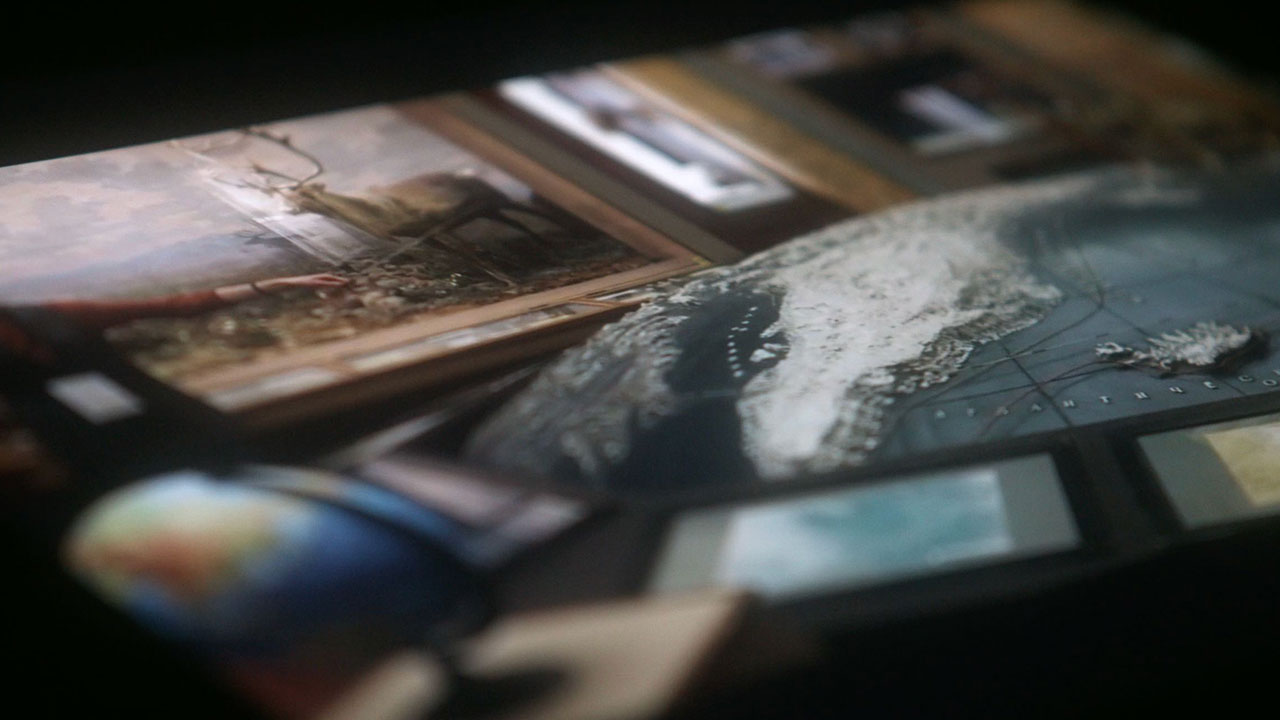 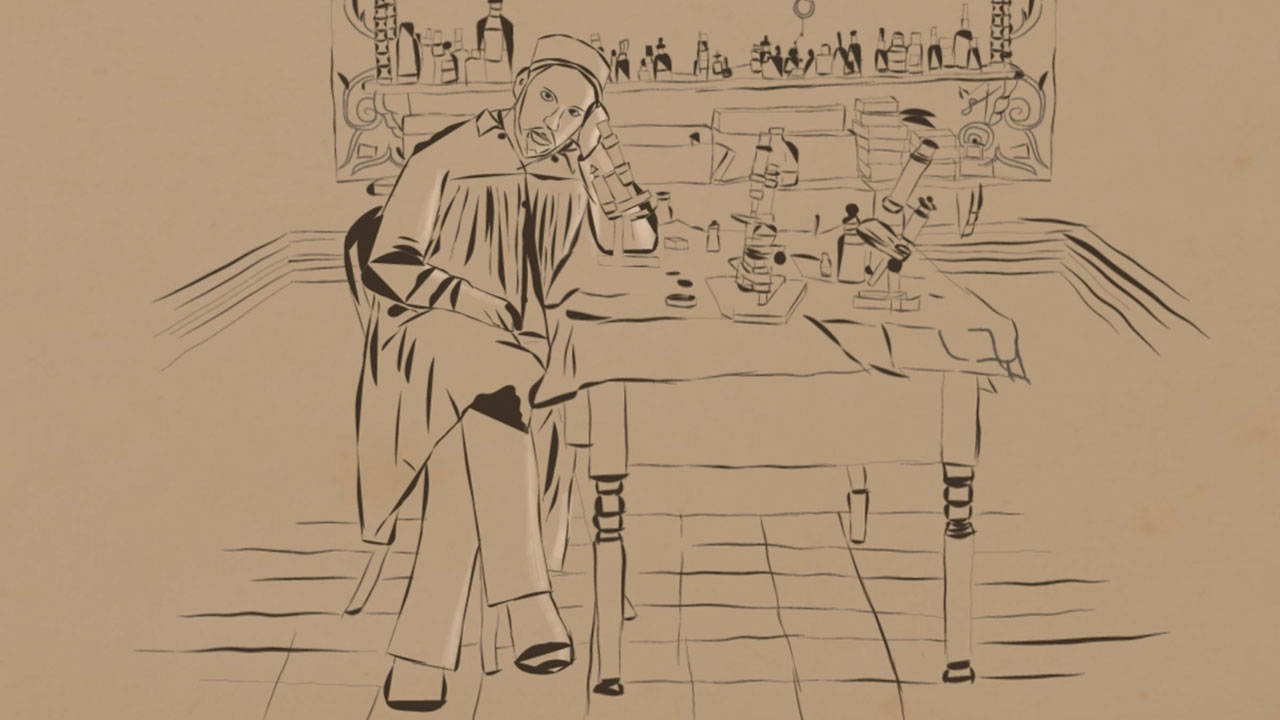 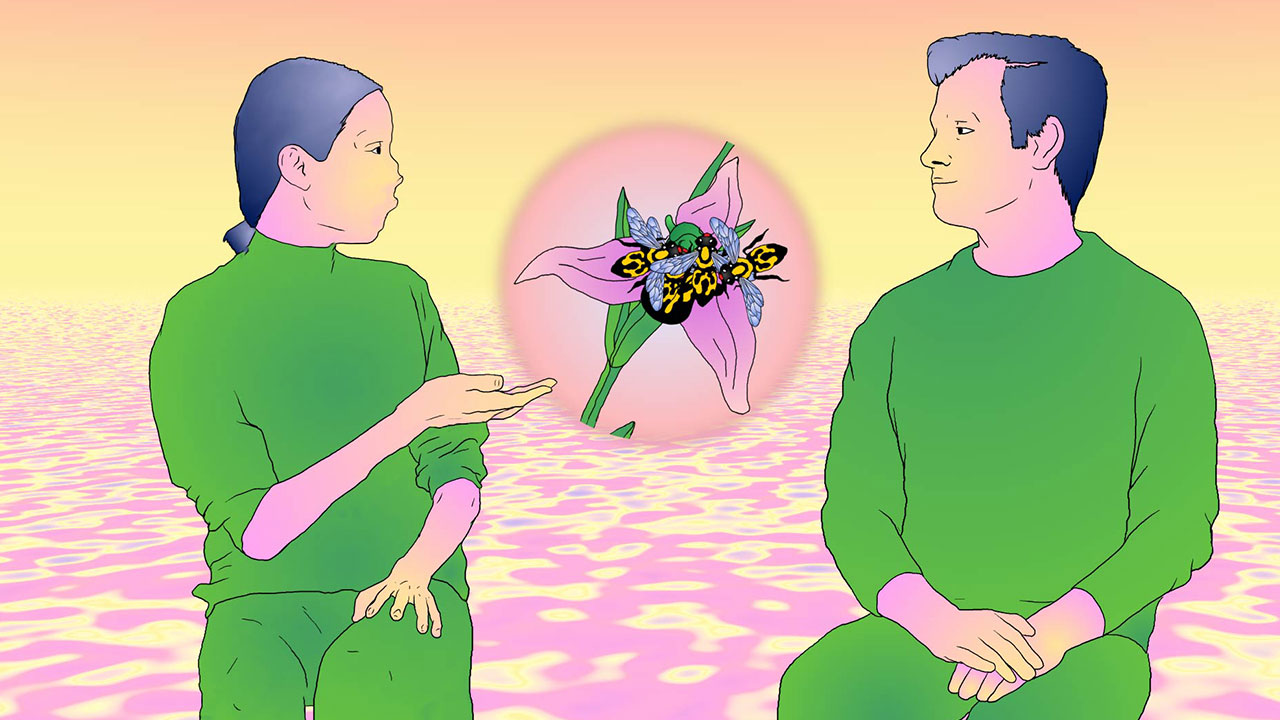 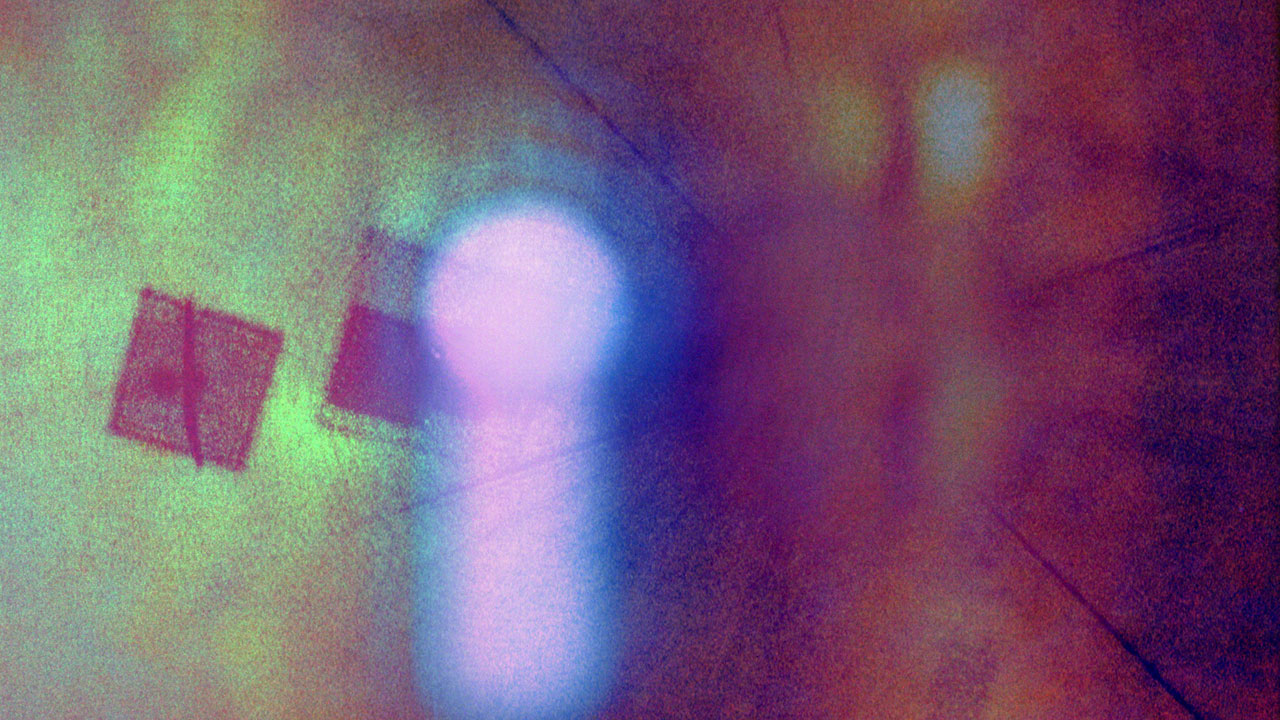 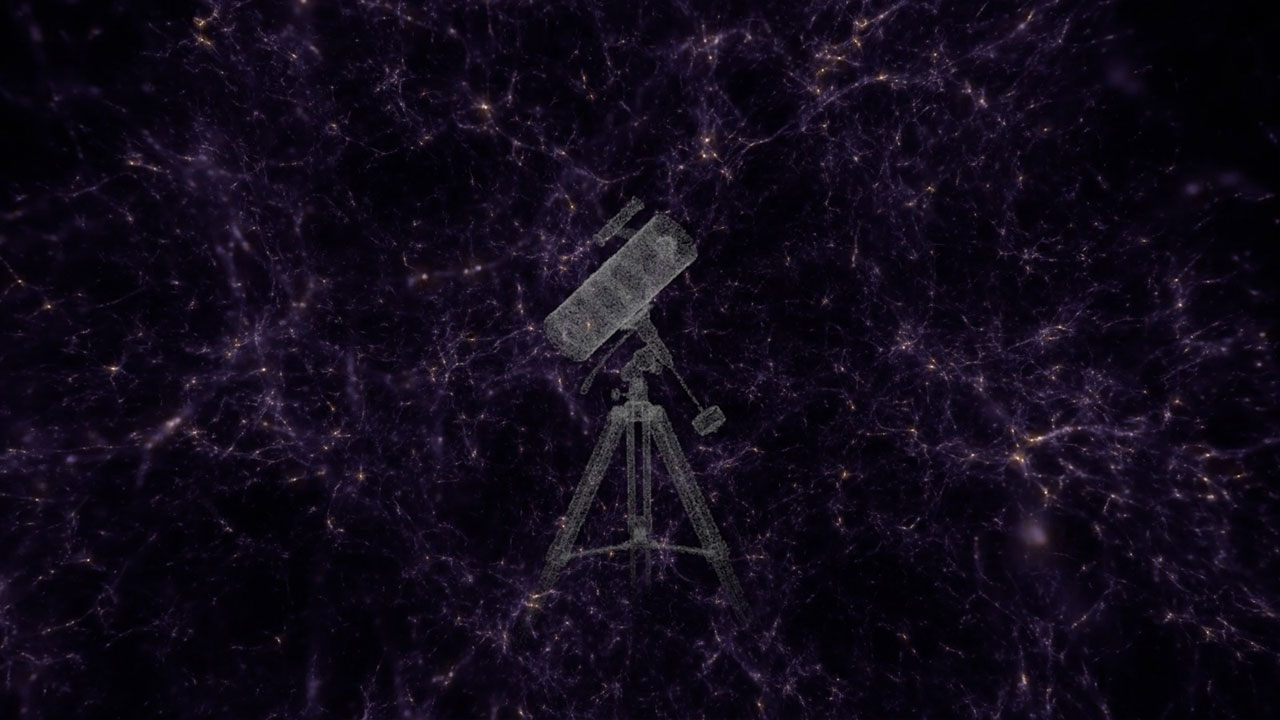 Among the over 100 films shown at this year’s 15th annual Imagine Science Film Festival (ISFF), six are grouped under the title “Symbiosis 2022.” In biology, symbiosis is an association of two or more organisms from different species, which may be mutually beneficial or not. The ISFF symbiosis involves instead two people with different backgrounds, a scientist and a filmmaker. With support from the Science Sandbox, the Simons Foundation initiative to link science with the broader culture, ISFF sponsored six such pairs to create a definite benefit, films that merge science and art, with a cash award for the result judged to be best. Besides these films, two other ISFF films not directly from a scientist-filmmaker pair also show close science-art links.

Interference Pattern, from filmmaker Ramey Newell and PhD student physicist Niccolò Bigagli, won the Symbiosis award. Its opening shots of gauges and electronic readouts locate us in Bigagli’s quantum physics lab at Columbia University. These are replaced by seemingly abstract images, bright spots of light surrounded by concentric arcs like ripples from a rock dropped in a pond. Meanwhile an unidentified voice talks about how things behave on a tiny scale – that is, quantum physics – while the abstract scenes are interspersed with real images of water ripples and the sun in the sky. Mixed abstract and real-world images continue while varied voices discuss quantum physics and the art of filmmaking. Between voice-overs we hear steady high-pitched tones, some annoyingly abrasive, as audio background.

The film is clearly about  waves of light, water, sound, and quantum physics, each of which can interfere to create new patterns, and which, as light waves, are the essence of filmmaking. Further understanding comes when the end credits reveal that the voice-overs come from Nobel Laureate physicists like Richard Feynman and ground-breaking avant-garde filmmakers like Stan Brakhage. As the co-creators discuss how they made the film, we learn that their homage to the physical and artistic meanings of light waves went even deeper. They used laser beams to directly alter the film in their movie camera, producing the onscreen abstractions. Also parts of their film resemble work by Brakhage and another pioneering figure in experimental film, Michael Snow. His 1967 work Wavelength is famous for its extended zoom shot accompanied by a progressively more irritating high-pitched background sound. 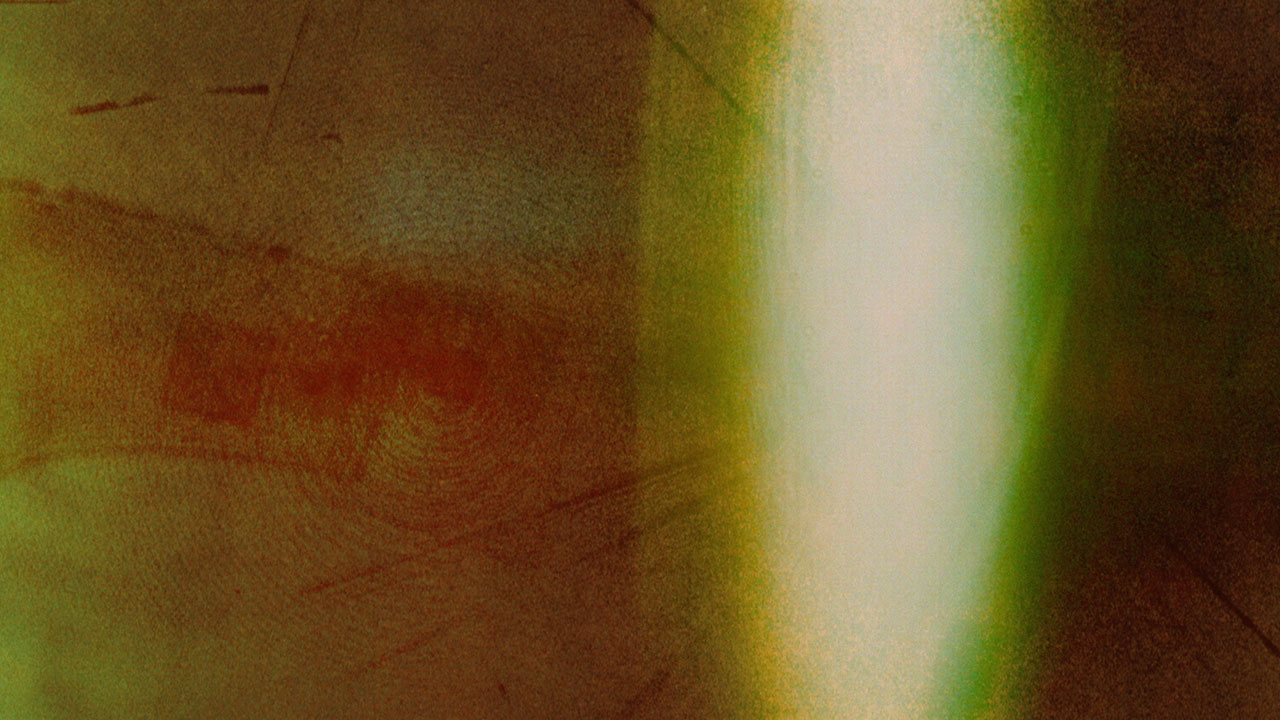 The Symbiosis entry Garden of Mirrors from PhD neuroscience student Anthony Chesebro and animator Danna Grace Windsor is utterly different: it discusses human memory. The film’s creators write onscreen statements about the brain and memory, and an entity called AI responds with onscreen text and a stilted artificial voice. When Anthony and Danna enter, “This landscape [of the brain] is full of computational possibilities – where thoughts and memories are grown from synaptic connections, flowering into new reflections,” AI says: “In this way, the mind is a garden that is constantly growing and changing, with new ideas and connections taking root and blossoming into something beautiful.” Behind the voice and text we hear subtly relaxing, quietly hypnotic music, and the mention of “garden” takes us next to a simulated natural scene with water and sky portrayed in soothing pastel colors.

On a grassy knoll we watch a small plant blossom into a full-grown orchid, as the human and AI comments tell us that plants need shape memory to survive, just as humans need our own memories. A simulated Danna presents the orchid to a simulated Anthony, and it turns into gracefully shifting curves while further remarks appear. As the screen fades to black AI makes two final comments: “It is essential to remember our self, to reconnect with the self, to save ourselves from the artificiality that is destroying us…The self is the only reality, everything else is illusion.”

Besides the film’s captivating flow, the end credits and a discussion by its creators show what else is packed into its three minutes. “AI” is GPT-3, a language engine that creates human-like text based on input. AI’s statements in the film may read as wise and thoughtful, but they arise from a language analysis that itself produces no new ideas or insights, only credible combinations of known words. The important thing though, as the film shows, is that these statements evoke our responses, and perhaps new thoughts and emotions. Other elements in the film represent more, such as the shifting curved shapes following the orchid scene, which resemble the mathematical curves Anthony uses to model brain processes. 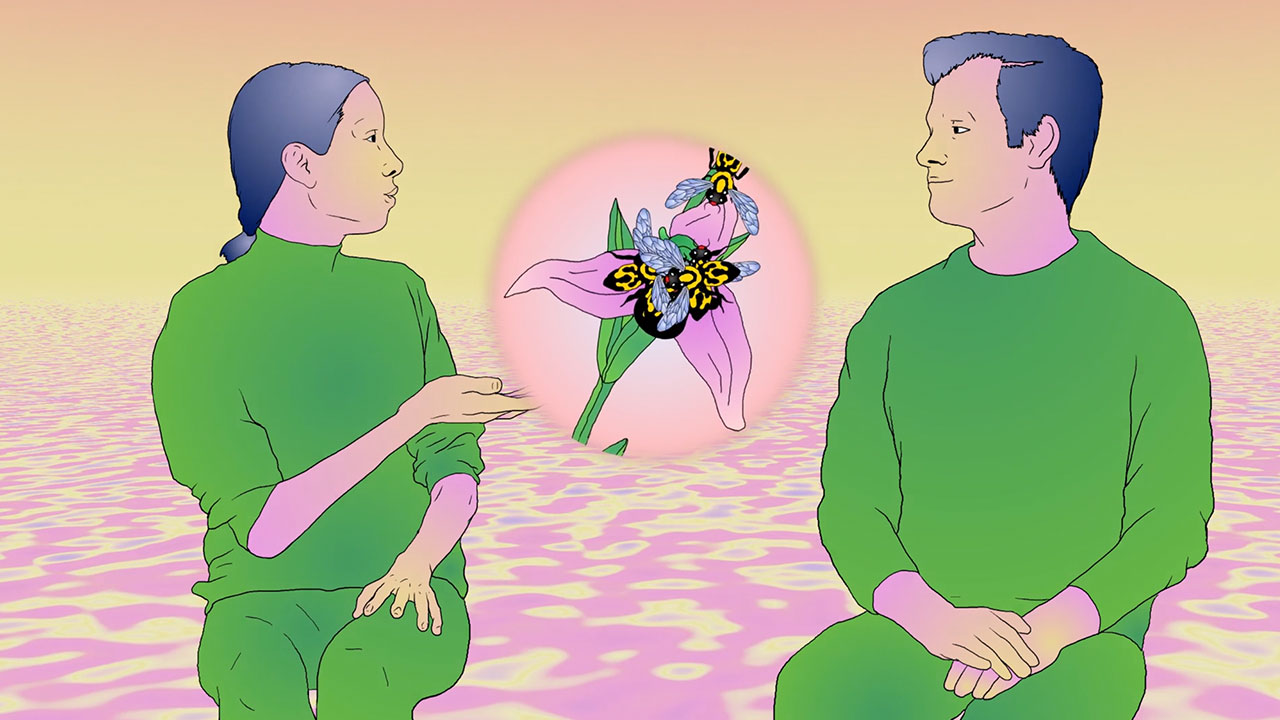 ΔS ≥ 0, the Symbiosis film from astrophysicist/animator Kaze Wong and filmmaker/anthropologist Maria Fernandez Pello represents big ideas in three minutes, beginning with its obscure title. ΔS ≥ 0 is the mathematical relationship that predicts the entropic fate of the entire universe, which will eventually run out of usable energy and come to a halt. The film’s opening statement also invokes the cosmic. It is a quote from the Iranian philosopher Reza Negarestani: “A telescope is the incarnation of the abyss staring into itself…the subject, a telescopic lens through which the incomplete world develops a self-consciousness of itself.”

I don’t believe the universe is self-conscious, but the quote suggests humanity exploring and seeking meaning in the cosmos. Against backdrops of galaxies, stars and more, the film indeed shows a spinning telescope, which undergoes flowing, convoluted changes to become a spacecraft, then an intricate mechanism. Humanity appears as Rodin’s The Thinker, a human head, and da Vinci’s Vitruvian man float through space. Then a spacecraft resembling the International Space Station transits across the face of the Earth, flies between two cupping hands, and vanishes into infinity.

Discussing the film, the two creators explain that making it – using animation,  photos, and existing footage – was not always easy. They had different personal styles, one fast-paced and one slow and philosophical, and different aesthetic sensibilities and sense of the rhythm of a film. Still, starting with topics that interested each, and despite some fights – “good fights,” Wong calls them – they found content they both liked and produced a film that contains something of each of them. 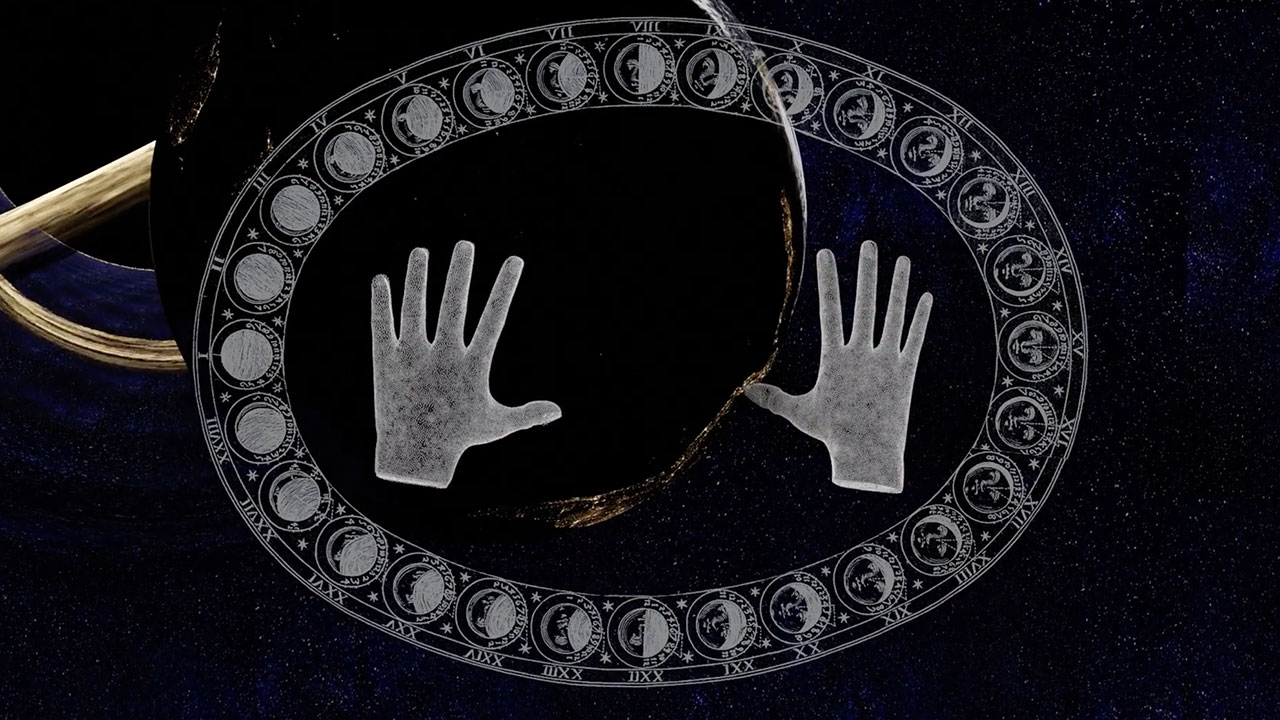 Apart from the Symbiosis films, other films shown at ISFF reveal alternate ways for scientists and artists to merge onscreen. The Great Refractor (2022) was directed by Andy Graydon, whose filmmaking interests include ecology and the use of narrative in science. The film names Irish poet and neuroscientist Laurence O'Dwyer as a collaborator, and much of the soundtrack consists of readings from his 2021 poem “Angelet, Leptidea Sinapis (Linnaeus, 1758).” These are accompanied by short scenes showing various scientists engaged in and expressing their particular forms of observation and understanding. 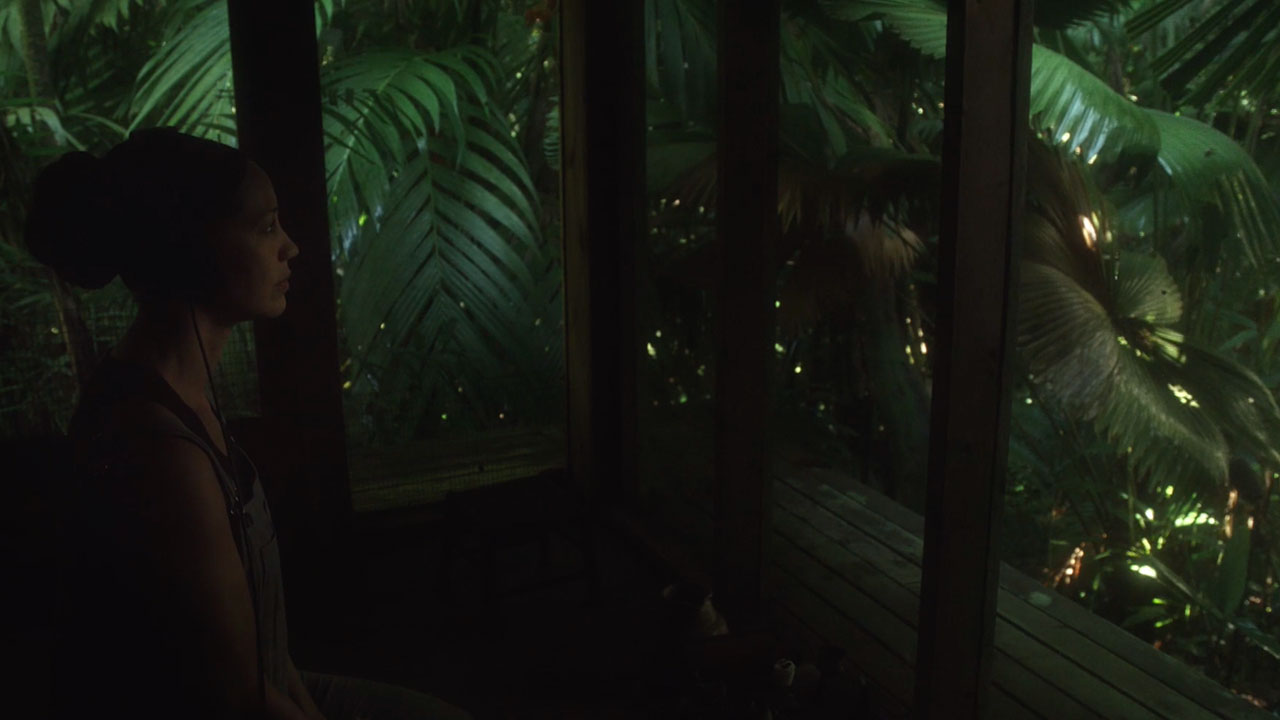 El Jardín del Futuro (The Garden of the Future), directed by biologist/filmmaker Alexis Gambis, presents the Spanish scientist Santiago Ramón y Cajal, who blended superb lab ability with artistic and authorial talent. Gambis works within the framework of a Cajal short story where the protagonist wakes to find that his eyes have become microscopes. Using this enhanced ability and existing footage, photos and Cajal’s own illustrations, the film compellingly shows his discovery that the retina of the eye – and therefore the brain – is made of an incredibly fine and complex network of interconnected neurons, which Cajal drew with scientific exactness and aesthetic beauty. Cajal shared the 1906 Nobel Prize in Physiology or Medicine and earned the title “The Father of Neuroscience.” The four-minute film is a precursor to a longer work about Cajal. 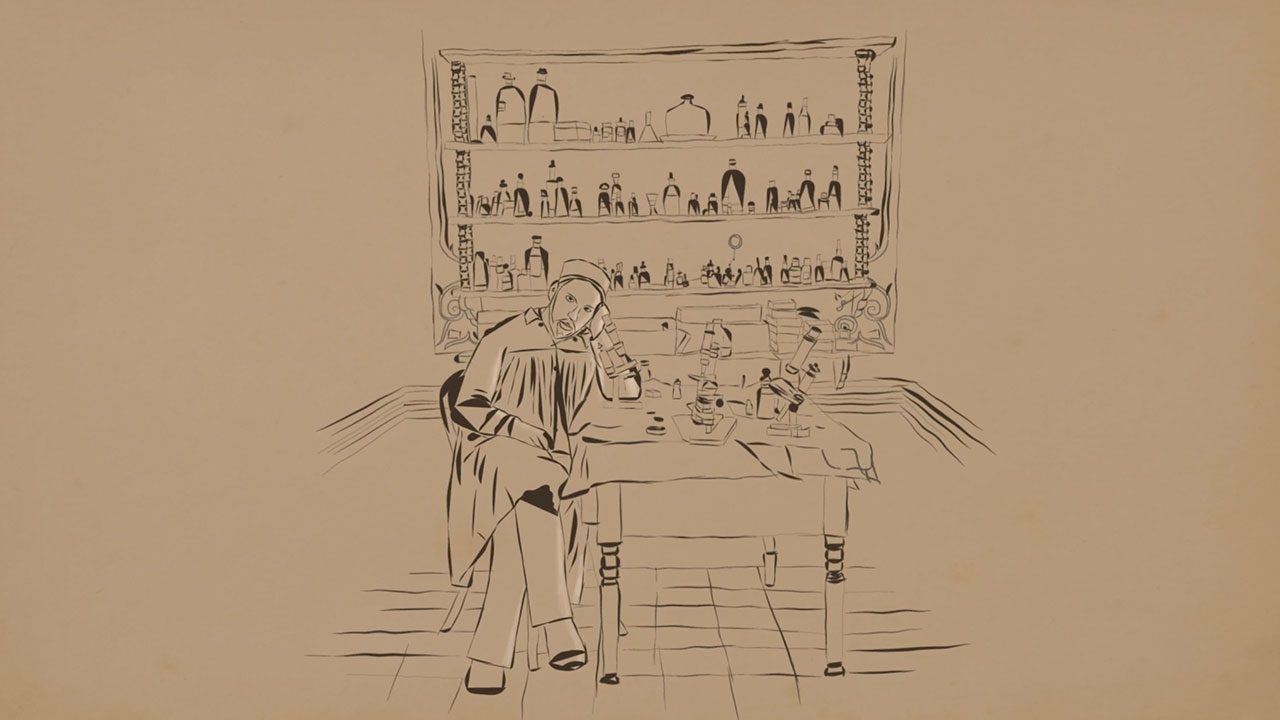 It’s a testimonial to the film’s creators that even very short films can convey something about science and scientists while being cinematically successful. For the Symbiosis films, it was valuable to hear how each scientist-filmmaker pair worked (recorded as part of the Symbiosis Lab Meeting) to bring together their supposedly disparate areas, showing how to produce works that value both the science and the art. 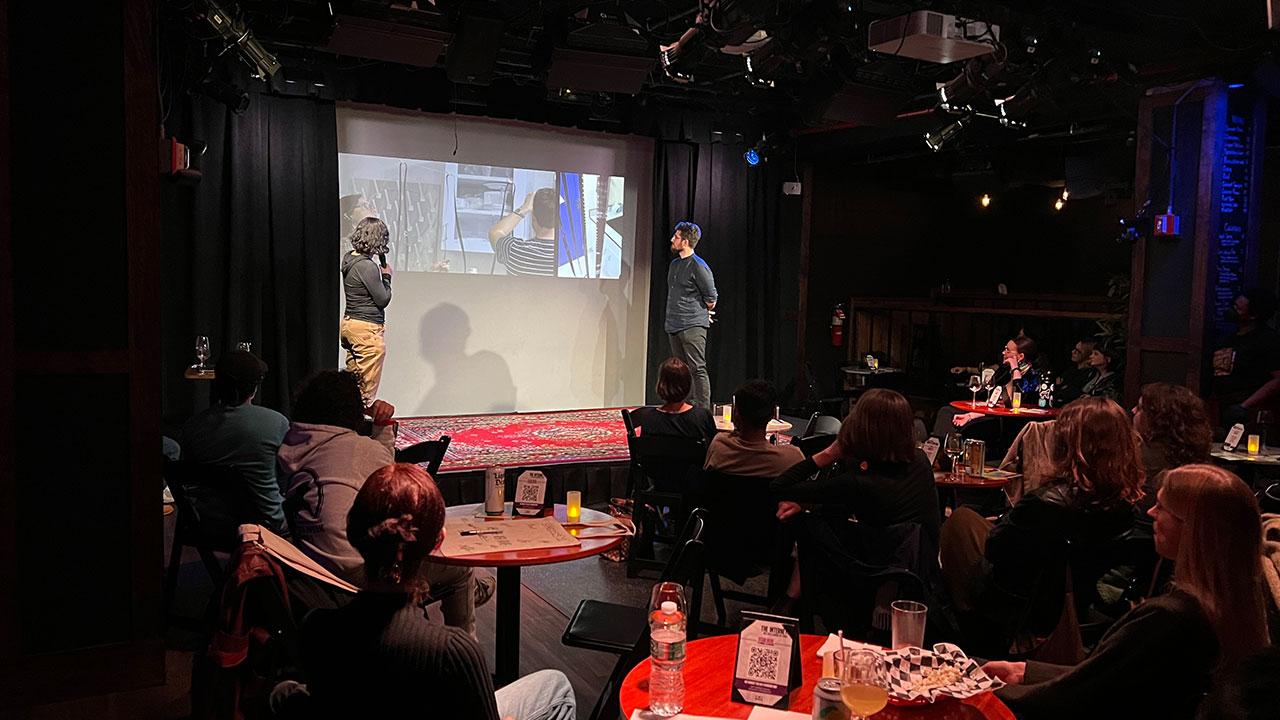 Sidney Perkowitz is the Candler Professor of Physics Emeritus at Emory University. His latest books are A Very Short Introduction to Physics (2019, audiobook forthcoming 2022) and Science Sketches: The Universe from Different Angles (2022).