Gustavo Londoño hunts birds’ nests in the Manú National Park in Peru. He rigs them with cameras to identify what predators eat eggs and chicks. His research results suggest surprising challenges that some birds will face as the region warms further.

Daniel Grossman has been a print journalist and radio and web producer for 30 years. He has reported from all seven continents including from near both the south and north poles. He holds a Ph.D. in political science and a B.S. in physics, both from MIT. He was has been awarded a Ted Scripps Fellowship in Environmental Journalism and an Alicia Patterson Foundation Fellowship. He is author of Deep Water: As Polar Ice Melts, Scientists Debate How High Our Oceans Will Rise, and coauthor of A Scientist’s Guide to Talking with the Media: Practical Advice from the Union of Concerned Scientists. 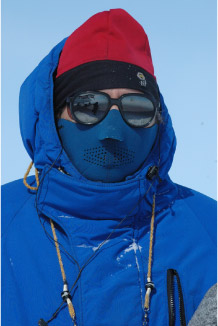