Global Warning: Reports Around the World on Climate Science 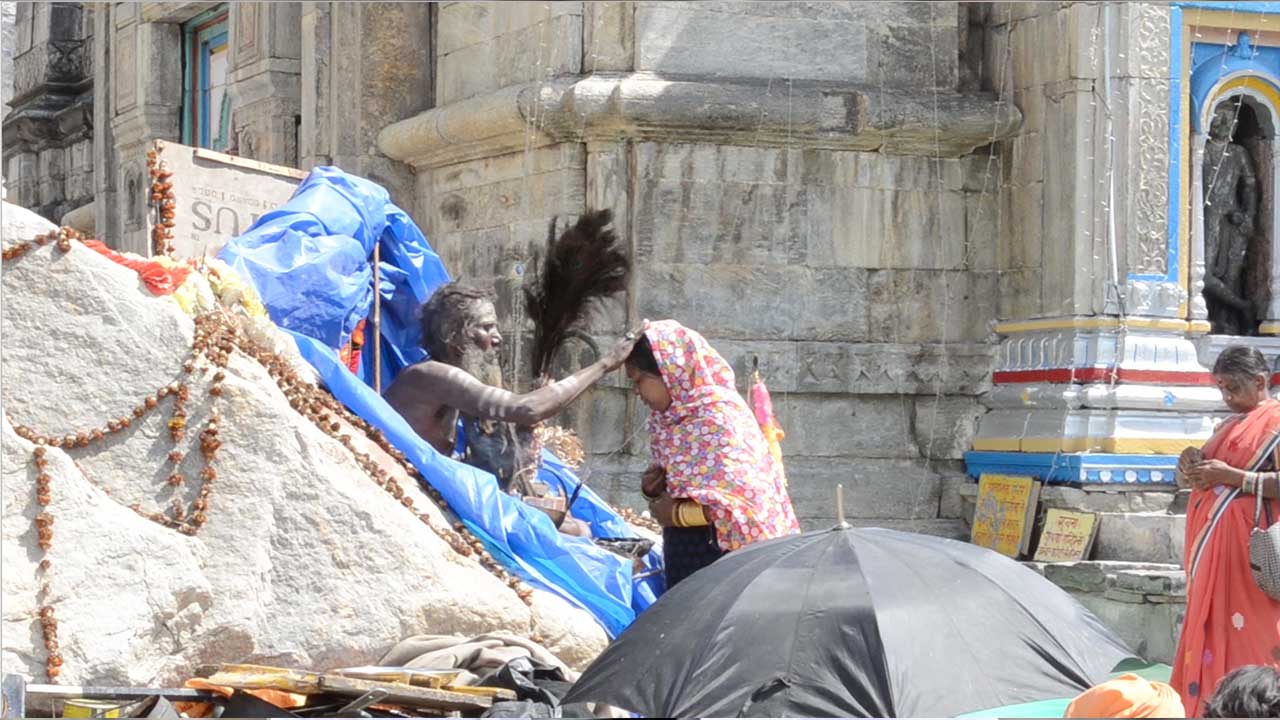 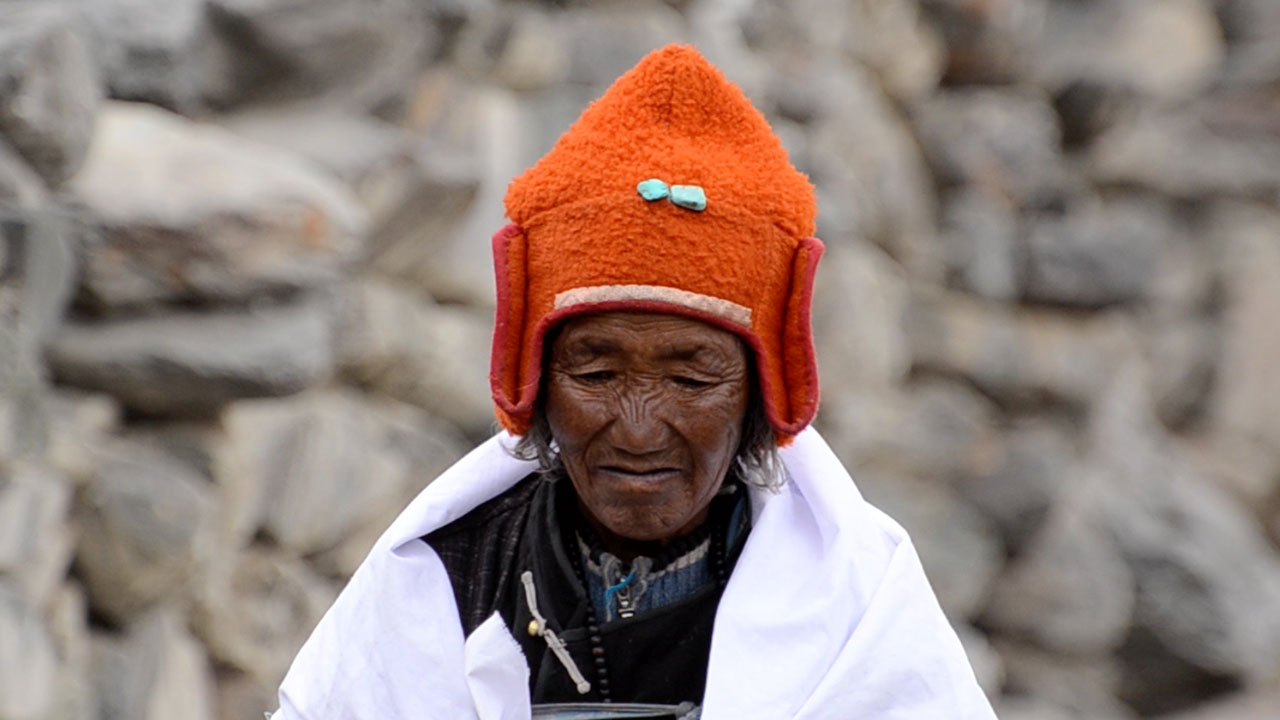 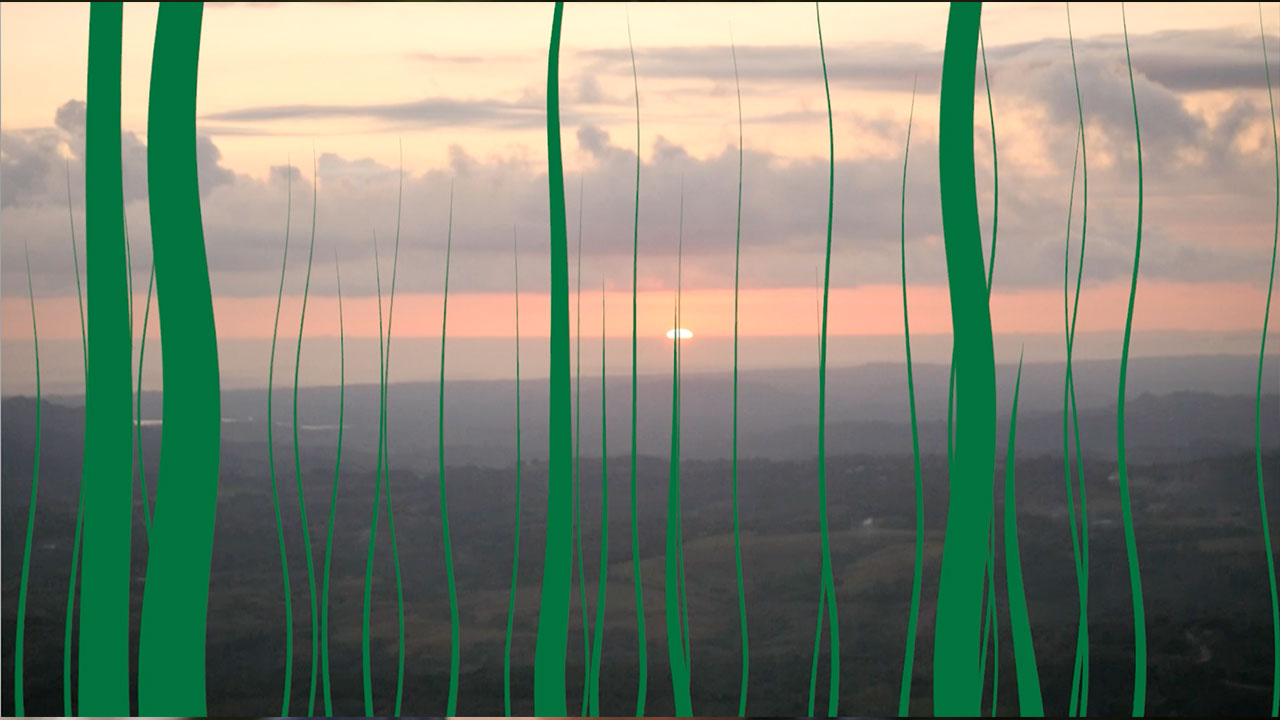 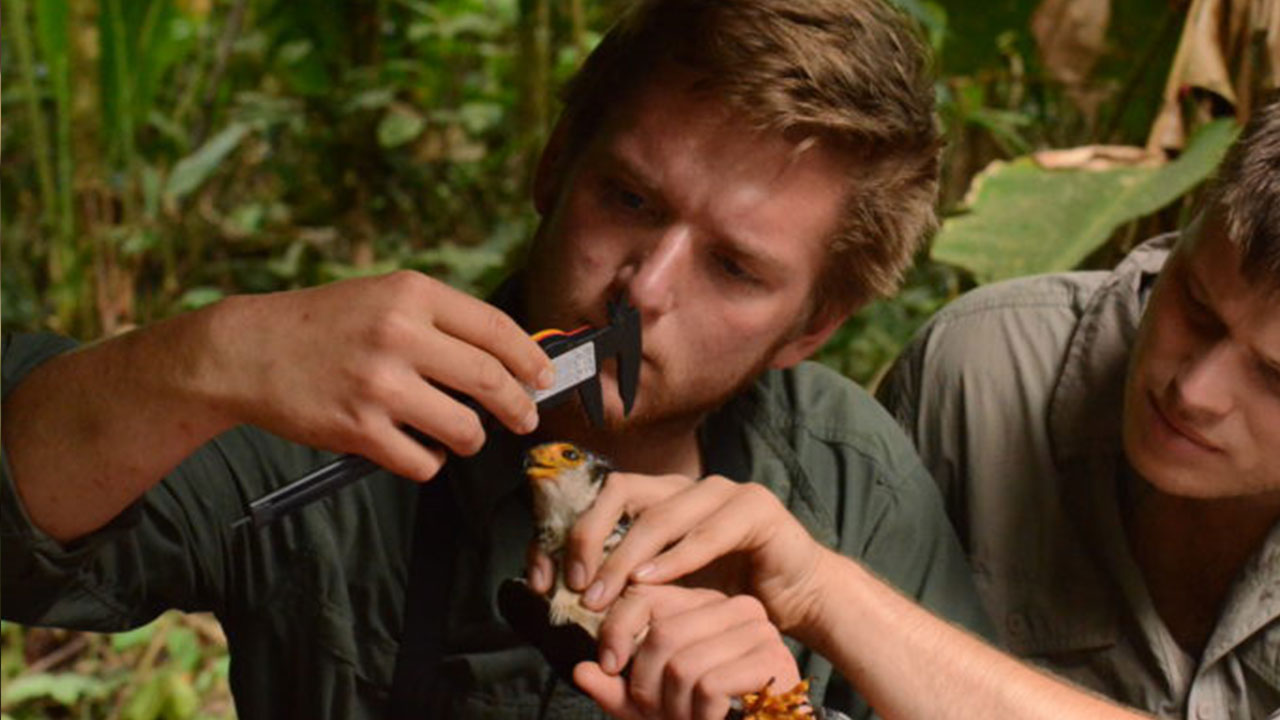 I report exclusively on climate change, the topic in one way or another of these four videos. My reporting is always informed by scientific research on the topic. Often my stories are about the research itself, as in the case of Rising Vines and Tropical Birds. I like reporting on the process of science, as I believe much journalism inadvertently misleads the public into believing that science is a compendium of discoveries rather than a method of discovering truth. The other two videos here aren't specifically about a research program; rather, they represent my own efforts to explore a phenomenon (given what researchers know about the situation). Dan carrying his gear on a flatbed rickshaw in Bangladesh​

Share with us a few anecdotes about the production process.

I work on stripped down budgets with minimal equipment. Usually I'm a team of one, playing all production roles (reporter, cameraman, sound engineer). A lot of my challenges concern just getting equipment where I need it. When I filmed Unnatural Disaster, I hired a porter to carry my heavy waterproof cases on a two-day walk. Once we got to the destination where most of the video was shot, the porter wanted to go back to his family rather than wait for me to finish my work. I had to chose which pieces of equipment I could make do without and send back with him. I gave him the tripod, the heaviest item, restricting my shooting options.

Sometimes I get the most interesting footage by chance. I just happened upon the people dancing at the beginning of Two Towns. I was wandering around the town of Kumik, looking for people to interview. I came across a group of men cooking paba, a bread made of barley, wheat and pea flour; mixed with yak butter, hand shaped into loaves and boiled. They offered me a tiny handleless cup of sour chang, a barley beer. I interviewed two of the men. Then they invited me to join a wedding that was about to begin, with the entire town in attendance. I filmed musicians and dancers. A woman offered me a ladleful of barley porridge from a bucket. I didn't want to eat it from my palms, as some guests were doing, but a man who'd befriended me loaned me a metal mug he pulled from under his robe. Dan with gear for his trip to Antarctica (mostly audio equipment)​

Whenever possible, I try to explain scientific concepts in the context of a story, if only an implicit one. In Rising Vines, for example, the story is simply Stefan Schitzer's walk to his research plot. A Hindu temple in Kedarnath, India, at 11,500 feet above sea level in the Himalayas.  The town was almost completely destroyed by a flood in 2013. The temple was saved by a huge boulder that came to a halt within a few feet of the building, parting the raging waters.

How you gain access to and build trust with the people and communities featured in your films?

There are generally two kinds of people who appear in my videos. The researchers, and regular people who are somehow experiencing a phenomenon I'm documenting.

Researchers are educated and have access to the internet. With them, I rely on my previous work to convince them that it is worth allowing me to join them in their field work. I've been amazed and pleased at how often researchers extend themselves to permit me join them, sometimes at some personal sacrifice (and, at times, risk).

The other kind of character (such as some of the people in the Unnatural Disaster and Two Towns) is usually not savvy about the media and doesn't have the resources or time to check me out. I often spend a lot of time in advance finding contacts who can introduce me to such people. For Unnatural Disaster I recruited Vaibhav Kaul, the young geographer, to join me on my reporting expedition. He served as translator, guide and  ambassador.

I always look for personal angles to illustrate stories and give them human interest. In Two Towns, for example, I sought out people who could explain their concerns and challenges. In the case of research stories, I look for anecdotes that illustrate a scientist's personality. "I have a direct connection to Lord Shiva" said a sadhu, or religious ascetic, at the Kedarnath temple in India. "I'll strip for 1001 rupees," he added

What inspires the topics of your films?

I try to be as invisible as possible. I watch what's happening. I like repetitive processes, as I can film them from different angles and perspectives. I shoot lots of b-roll. I try to arrange to have extra time to allow for serendipity to hand me shots I can't plan. A pilgrim hiking to the Kedarnath temple. She was one of half a million devout Hindus who trek 8 miles to the shrine every year. In 2013, several thousand people, including many pilgrims, were drowned by a powerful deluge.

Do you consider your documentaries an investigative pursuit or equivalent in some ways to scientific research?

I like to tell young scientists and aspiring journalists that the process of science can be tedious. Often painstakingly-conducted measurements must be made multiple times. As a science journalist, by contrast, I can learn what I need to know in a short amount of time. I can see the research process - which, no matter how tedious, can be interesting in short doses - and move on.

I like to believe that science journalists and scientists both seek the truth. Scientists are more exacting in describing what they've learned, which can cause friction. Some scientists think that journalists evade complexities out of ignorance or indolence. While those sins surely produce some bad reporting, in many cases simplification is a necessary technique for engaging a distracted and technically unsophisticated audience. Kurt Ongman (left) and William Jones make measurements of a barred forest falcon at a forest research site in the Amazonian lowlands of Peru.​

How would define a science film?

I suppose a science film is one that is either informed by scientific theories and knowledge or invokes scientists and research to explain or predict a phenomenon. In some cases, as in my Rising Vines and Tropical Birds videos, a science film explicitly documents the scientific process. The flood that destroyed Kedarnath and many villages downstream was caused by the deadly combination of intense rainfall, early melting of snow cover and recession of the Chorabari glacier, shown in the background.​

My latest project, Laboratory Earth, explores how changes in tropical jungles could determine the future trajectory of global warming. About one-quarter of the CO2 spewed from our tailpipes and smokestacks is absorbed into vegetation, most likely in such forests, rather than accumulating in the atmosphere. That slows the growth of carbon dioxide in the air, and, accordingly, the rise of global temperatures. But higher temperatures, increased concentrations of CO2 and shifts in precipitation could alter the distribution and exuberance of this vegetation and its soils, possibly disrupting the absorption of the insulating gas.

I'm traveling to many sites where research is being conducted to learn more about this process. Tropical Birds was part of this project. I plan to make films about other research, including the AmazonFACE project, where CO2 levels will be increased in a forest plot; an experiment in Peru where mist is being excluded from a cloud forest; a forest heating experiment in Puerto Rico and at an Amazon site where a 15-story tree will be felled, sawed up and weighed to calibrate methodologies for tallying the carbon content of forests. My reporting is being funded by the Pulitzer Center on Crisis Reporting. A Buddhist monastery overlooks the town of Stongde from a promontory in the forbidding Zanskar Valley.

Daniel Grossman is an award-winning print journalist and radio and web producer with 30 years of experience. He holds a Ph.D. in political science and a B.S. in physics, both from MIT. He is a 2008 Alicia Patterson Foundation Fellow. He was awarded a Ted Scripps Fellowship in Environmental Journalism at the University of Colorado in Boulder, where he studied climate science. He has reported from all seven continents including from within 800 miles of both the south and north poles. He has produced radio stories and documentaries on science and the environment for National Public Radio’s show Weekend Edition; Public Radio International’s show on the environment Living on Earth and news magazine, The World; the Australian Broadcasting Corporation; Germany’s Deutsche Welle radio; the BBC; the Canadian Broadcasting Corporation; the documentary show Soundprint; and Radio Netherlands, among other broadcast outlets.

Dan has written for the New York Times, The Boston Globe, Discover, Audubon and Scientific American, among other national publications. He has been interviewed on environmental topics more than a dozen times on national radio programs including The World, Here and Now and Living on Earth. He has produced three extensive micro-websites on environmental topics. He is coauthor of A Scientist’s Guide to Talking with the Media: Practical Advice from the Union of Concerned Scientists (Rutgers University Press: 2006). He wrote and produced the app book “Deep Water: As Polar Ice Melts, Scientists Debate How High Our Oceans Will Rise” (TED Books, 2012).