Visual Speculations and The Cyclic Path 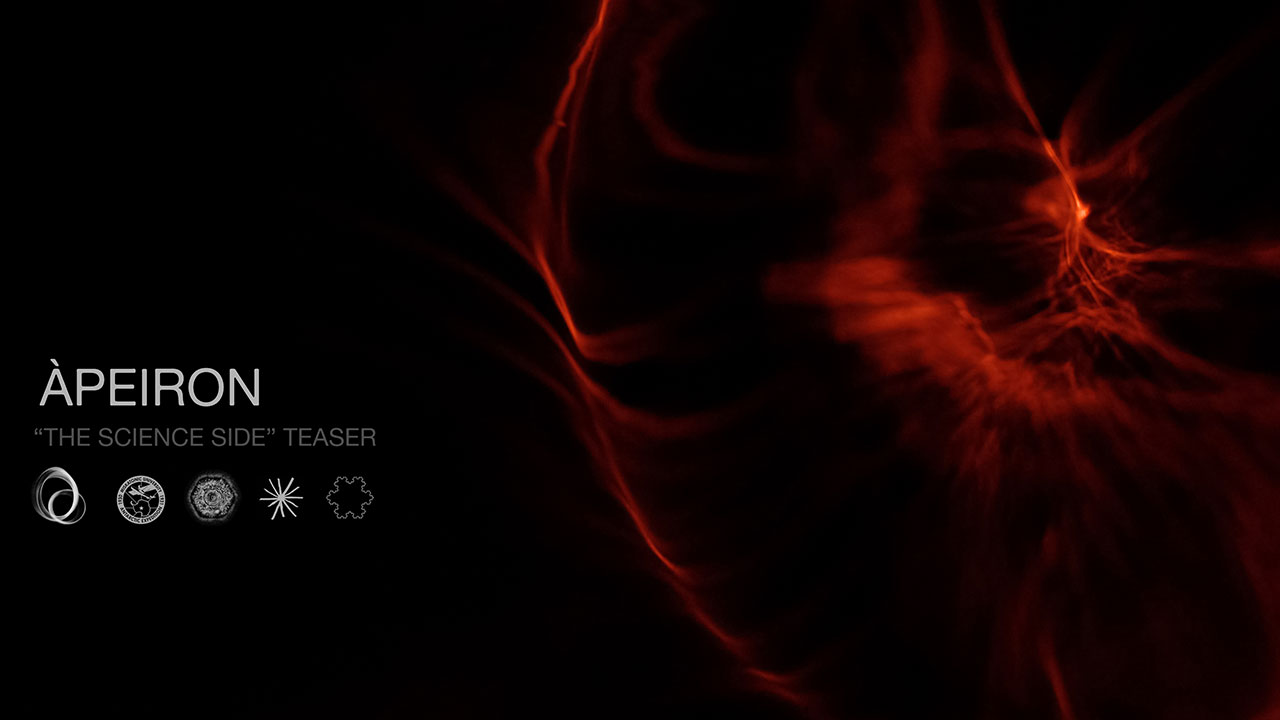 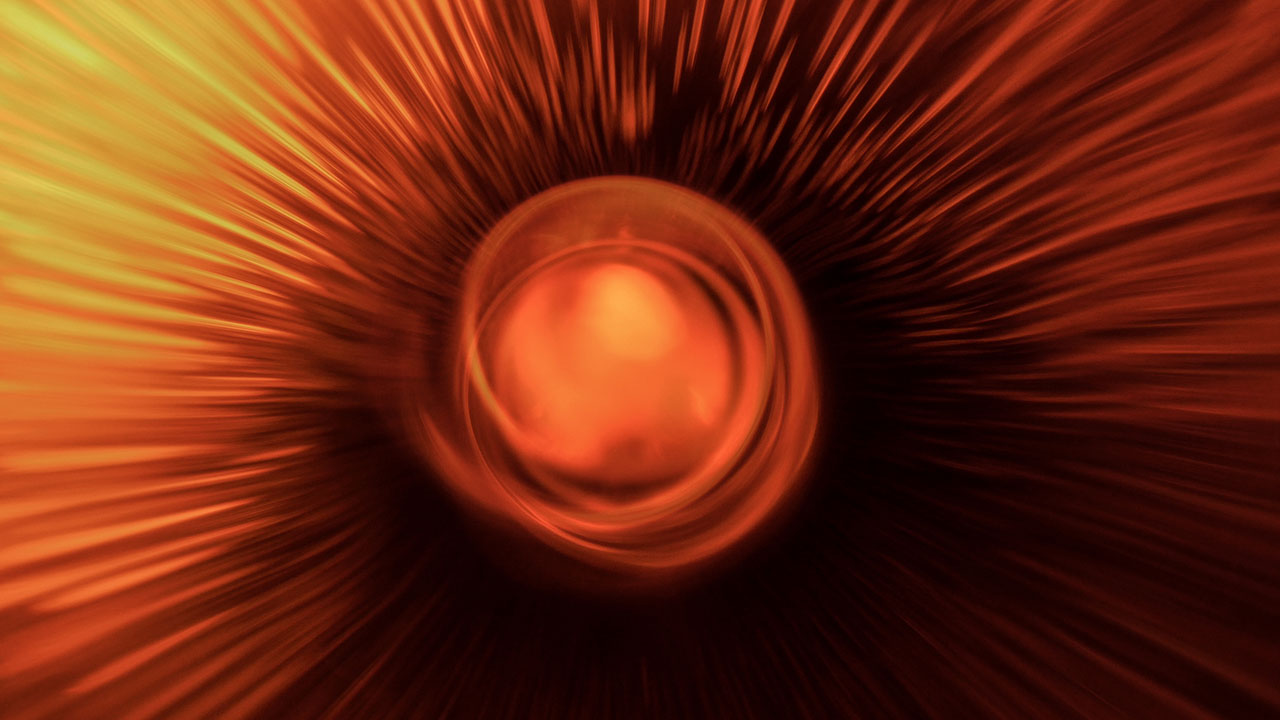 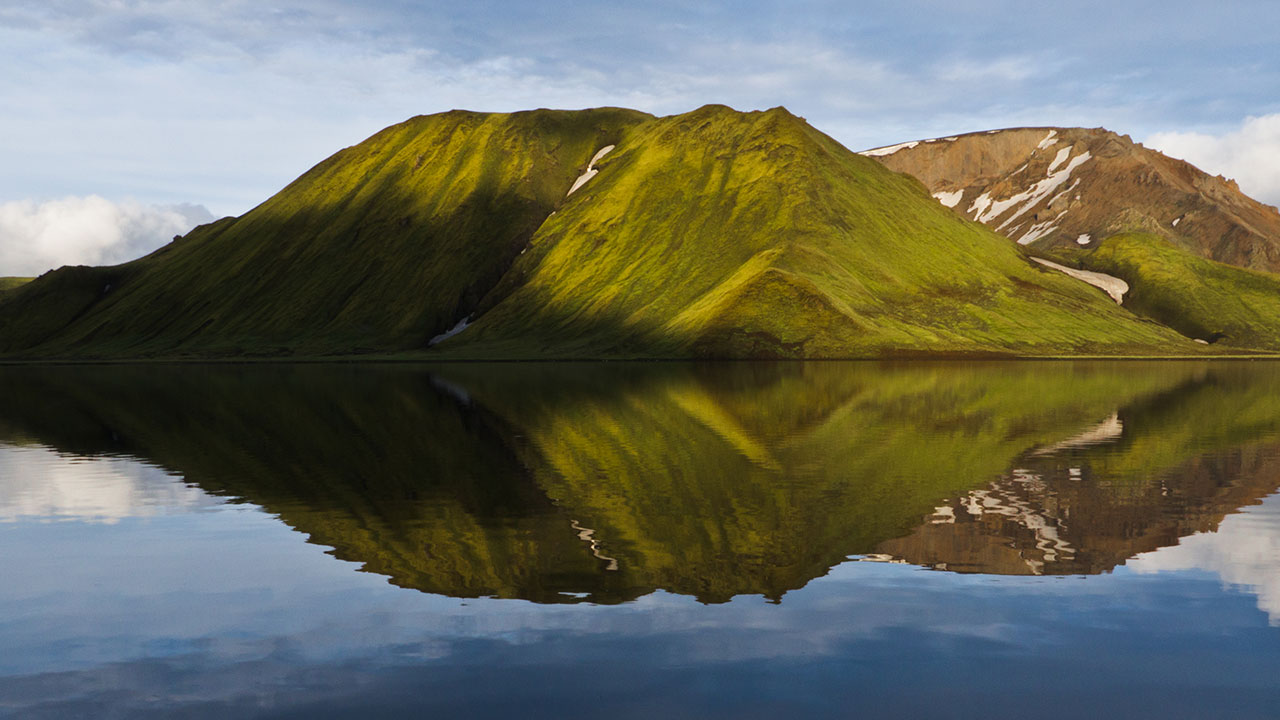 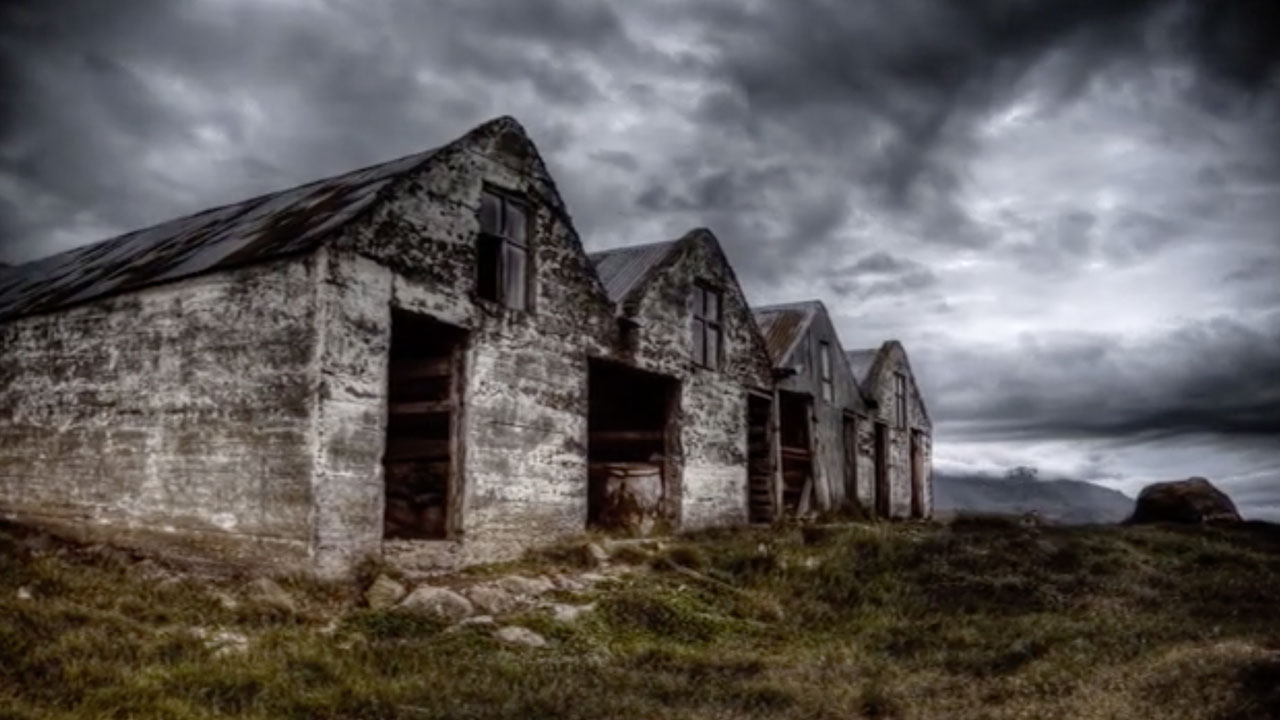 I was born screaming in America 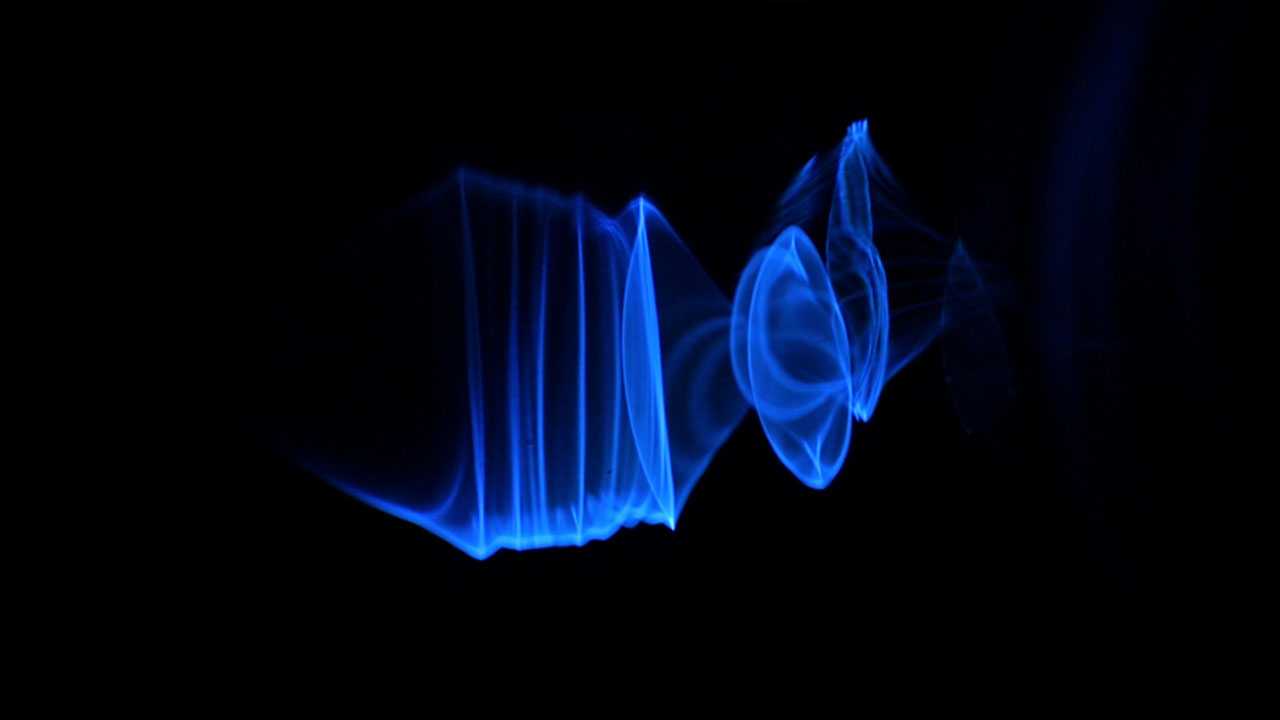 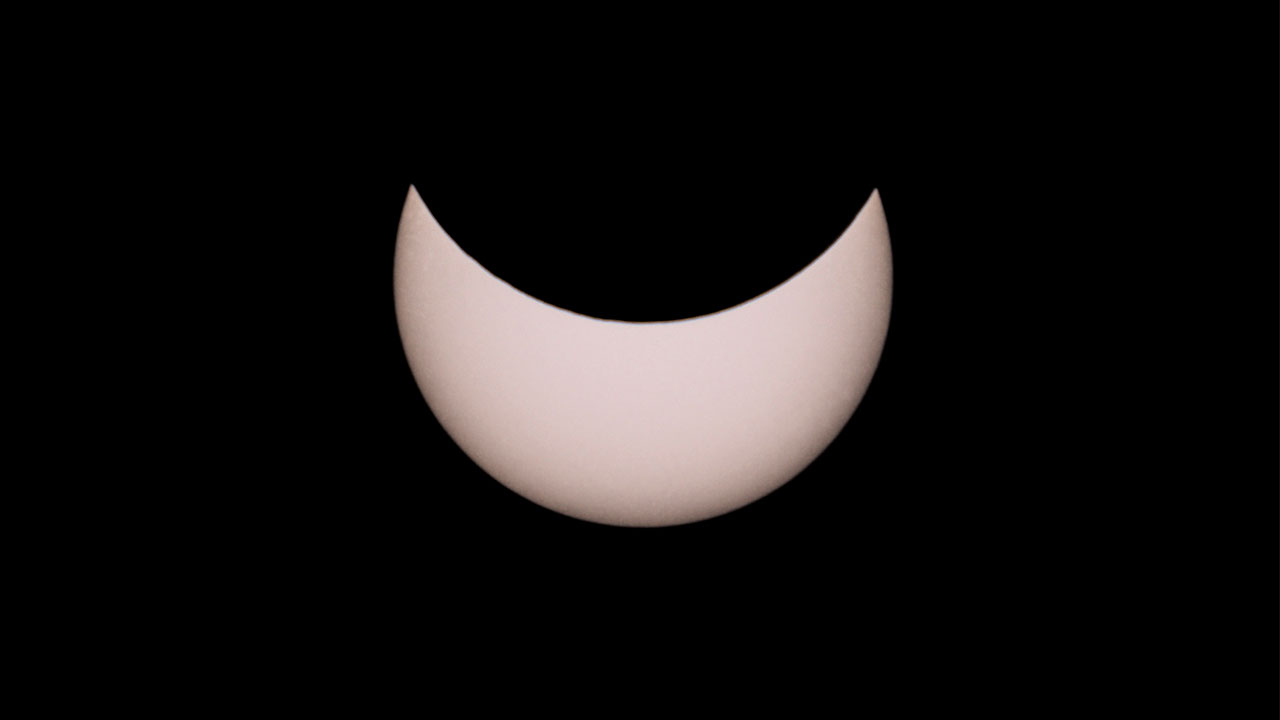 Essere e Tempo (Being and Time) 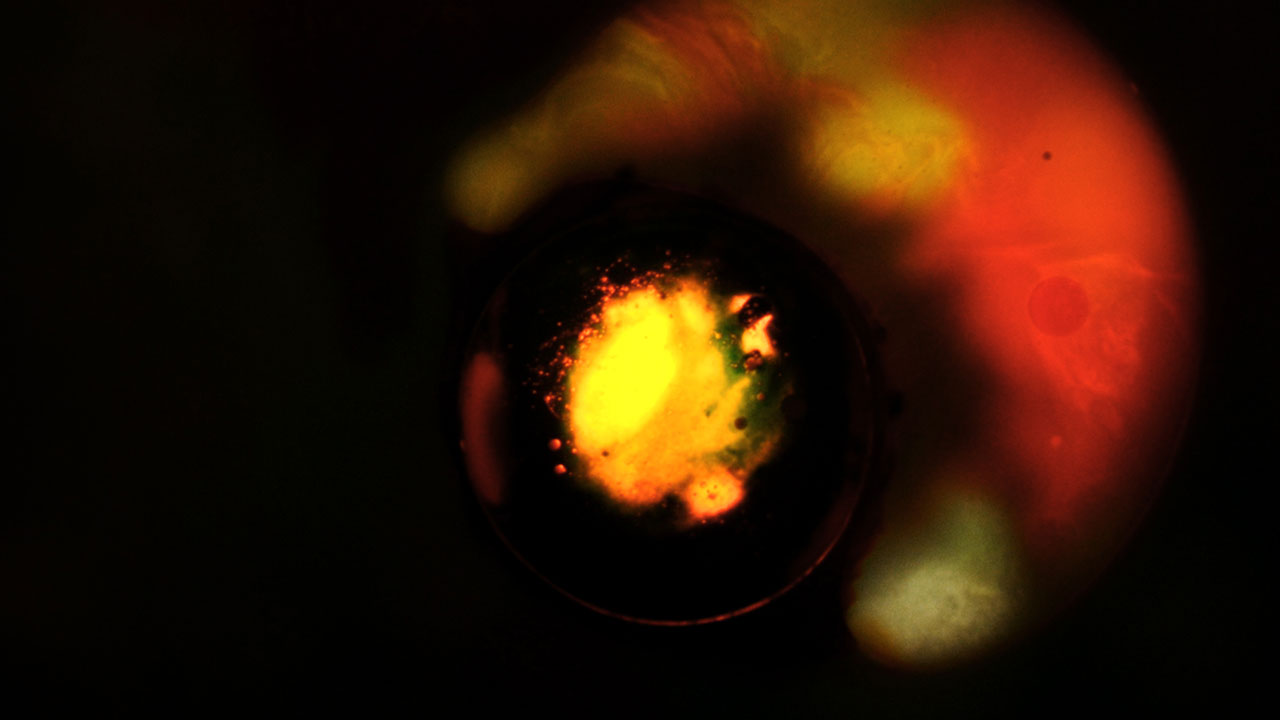 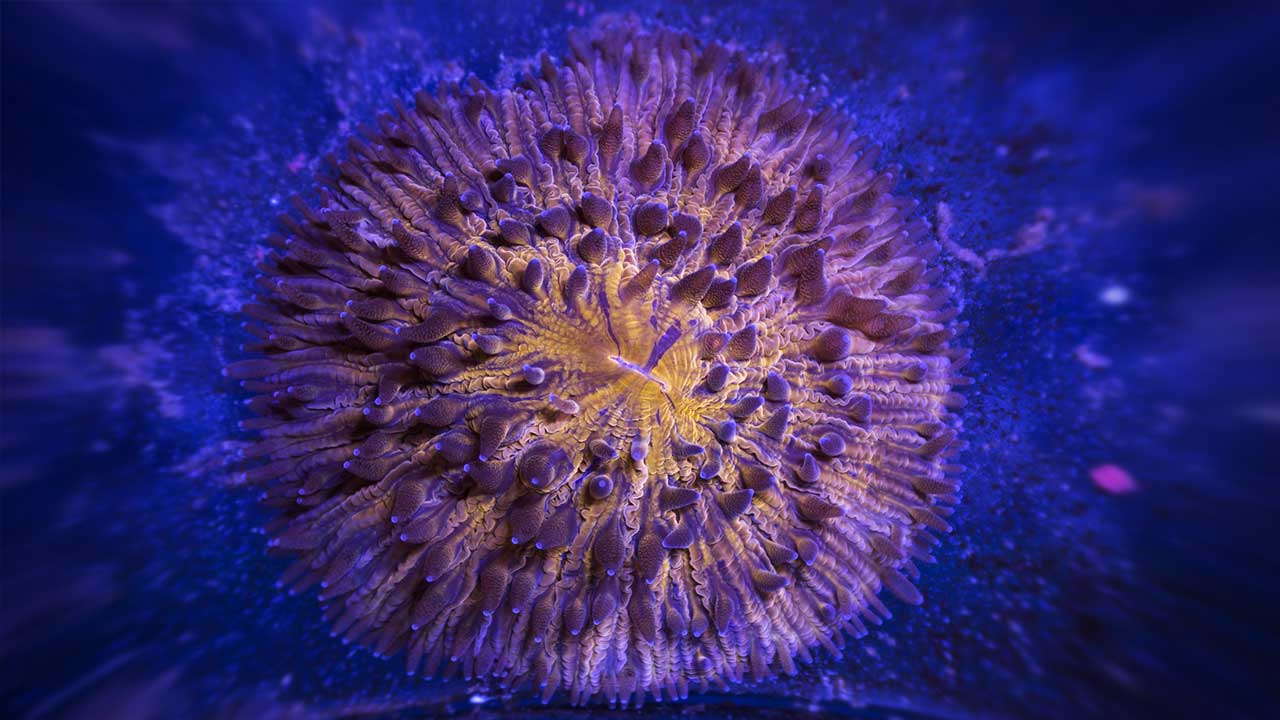 Apeiron is a nonverbal documentary about Time, an orbital tour around the power of this question, an intriguing path in which reality and imagination follow the wonder, in a progression of abstractions and visual speculations.

Time is the main core of the whole project, something we have experience of, though without being able to explain it.

In 2013 I did a solitary trip to Iceland to make my first feature film, “Meta.”

The time I experienced on that occasion was not the same I had alway perceived until that moment.

I was ecstatic, always looking for undefined places to reach - just like the Sneffels' Jokull crater, where Jules Verne chose to start his “Journey to the Center of the Earth,” or Husavik, where I saw the Midnight Sun.

So, I slowly realized that external and internal time often become confused while staying in desertic places for a long time. I felt Time was different, frozen, huge.

Probably, that was the first time the seed of Àpeiron was planted in my mind.

During the following research for the film, I happened to read a mind-blowing interview about Time with Alan Moore quoting Einstein, who said death is not something so important because he understood the persistent illusion of transience.

The actual research for this project started in 2015. I stumbled upon the Greek philosopher Anaximander and, simultaneously, I met Sara Tassotti, now co-author of the subject of the film, and I started working with Maurizio Morganti (music supervisor). These are my closer collaborators during all the developing stages.

We are currently in a pre-production stage, but we have already fixed the rough cut of some parts. We discovered that when dealing with these topics, empirical experimentation is always the best way to follow.

After showing the project during the last 2016 MID held in Milan, we are looking for a production that could help us to fulfill our filming schedule and all the other stages of post-production.

ÀPEIRON (THE SCIENCE SIDE TEASER) ÀPEIRON - The Science Side Teaser

“Visual solutions remain crucial, sometimes showing up unexpectedly to decide situations that neither the surmises of thought nor the resources of language would be able to resolve.”

This quote from Italo Calvino sums up very well the essence of my reasearch about this project.

For example, although being fond of astro-photography, I never take inspiration directly from the picture of a nebula to build a footage. Most of the times, it goes backwards: I recognize a nebula in a mixture of fluids and clouds of chemical reactions.  And I always wonder if it could be a nebula or, maybe, an embryo. The shifting images always catch my attention, especially because they come from non-CGI real shooting frames.

This whole process of creation is far from the scientific method as it has often been depicted. Nonetheless, the game of intuition and the strong, powerful pull followed by the process of filming, can really be assimilated to the one that precedes a great discovery or an invention. Also, even if the meanings of the images is always mediated by the one who watches it, the results are always deep and really stimulating.

The main areas I explored for the most experimental visual part of the film are the natural macro photography, the cymatics, the electromagnetism, the fluid dynamics, the Marangoni effect, the growth of crystals and light refraction.

These sceneries, together with footages of the world upsided down and of the time going backwards, set up the main architecture of the film.

Àpeiron is the start and the final goal of a unique path of perception. Through the representation of invisible fields, Àpeiron brings the audience to explore, discover, and experience the internal Time of the self.

During the last years, thanks to the new collaborations and inspirations, I made a series of work of instinct and experience.

It is often said that working on ambitious projects requires a great amount of patience, especially when dealing with an interdisciplinary art like filming.

Sometimes, though, I've had to freely express my instinctive euphory of creation, so that some shooting sessions have become brand new short films from scrap.

Some of these projects have been made in a few days (shooting, editing, music making almost simultaneously), others - like “Meta” - have required more effort and abnegation. Others, like Àpeiron, have been going on for years with great fulfillments. "Meta" in the sense of "beyond", is a dance of moving images and music that transform continuously following the spectacle of the geological changes of the youngest emerged land of the planet. A relationship of empathy with the geometry of nature, fractals and the invisible fields that govern the structure of life in each scale of observation.
The geological instability and solar cycles at 66° N latitude, are only a small part of the wonders that can be found in Iceland. In reality, as well as waterfalls, iceberg lagoons, hot springs, in addition to the colors of the earth during its genesis, there is a population that has a love and respect for nature incomparable to that of most other populations of the earth. Live in harmony with unlimited space can create the conditions for a different way of understanding social life.

The visual immersion in the beautiful landscapes of Iceland, together with music that is reflected in the emotions experienced during the solitary experience of filming, creates a mental state of liberation and neglect towards the beauty and power of primordial nature, even in its most devastating.

The film is also an experience "gonzo" in the sense of purely subjective, which guides the viewer without filters or narrative fiction, through the continuous changes of shapes, colors and lights, in a summer time always illuminated by the sun and sleepless.
Among the special features are also documented timelapse sequences shot along the north the 66th parallel, during the summer solstice, when the sun never sets below the horizon and the sky becomes inflamed and changes color giving a sense of continuity so shocking in the eyes unaccustomed to generate the most total silence and contemplation. The first session of experimental shooting for the film project Àpeiron.

I WAS BORN SCREAMING IN AMERICA A simple tribute to Bill Hicks with a emotional sequence of images inspired by the unforgettable documentary Revelation (1993). Meanwhile shows the world of marine animals like corals and starfish at high magnification and during long time span through the timelapse. The music almost alien and disturbing has been joined to the images that stimulate mental associations to create a contrast, stimulate synesthesia and feelings do not necessarily harmonics and assonant.
This is an infinitesimal part of the wonderful world in which we live and of which we should take better care. A trip through a different perspective that would encourage reflection on the consequences of our actions on each scale of spacetime.

ESSERE E TEMPO - Being and Time "Essere e Tempo" is a sequence of the lunar eclypse happened on March, 20th 2015. It was shot at the astronomical observatory OACL (Mosciano Sant’Angelo - Italy) in collaboration with the astronomer Giorgio Clemente.

It's a visual metaphor of the Being according to Parmenides, as a mean that becomes the perception itself of the time flowing. A shooting session with a prototype vortex machine, that follows the path of the experiment with non-CGI visual effects, to recreate not observable scenarios through fluid dynamics. The handmade images (non-CGI visual effect) are made using different techniques of shooting at high magnification, reflections and refractions of light through objects and fluid's surface tension on platonic solids. Most of the shootings are based on fluid animated by the music of various frequency ranges (cymatics) directly from multitrack music of Iteration.

I am an Italian film-maker and documentarist.

The fields of interests I like to work on are experimental naturalistic filming and non-CGI visual effects.

Influenced by my passion for fractal geometry in nature, I’m experienced in shooting macro/micro and astrophotography. I have developed several short films about the world of fluid dynamics, cymatics, morphogenesis and generally everything related to various scales and movements in natural phenomena.

I’ve recently had the opportunity to license some clip to Terrence Malick last feature films.

In addition, I work with other kinds of project, as well as visual and interdisciplinary projects inspired by science.