Father of the Cyborgs

Dr. Phil Kennedy was once fêted as a pioneering neuroscientist.

In the late 1990s he made global headlines for implanting several wire electrodes in the brain of a paralysed man and then teaching the locked-in patient to control a computer cursor with his mind. Kennedy called his patient the world’s “first cyborg,” and the press hailed his feat as the first time a person had ever communicated through a brain-computer interface. An article in The Washington Post began by describing him as a new Alexander Graham Bell and he became better known as “The Father of the Cyborgs”.

From then on Phil Kennedy committed his life to the dream of developing ways to fully digitise a person’s thoughts. Kennedy along with renowned futurists such as Elon Musk and Google’s Ray Kurzweil believe what started with technologies to help the disabled may lead us to being barely recognisable as humans in the not so distant future.

In 2014 after 30 years of laborious tinkering with brains, Kennedy ran out of funding to continue his research. In order to continue on his path toward human electrode implantation, Kennedy travelled to South America, had the top of his skull sawed off and had tiny electrodes implanted inside his brain in order to understand it better.

Kennedy’s South American surgery and high-risk self-experimentation has garnered a mixture of awe and condemnation from colleagues in the field. Paul Root Wolpe, the director of Emory University’s Centre for Ethics, describes this ethical quandary as “an interesting tension”. “Some have won the Nobel Prize from the results of self-experimentation, others have literally died from it”.

Juxtaposing the human side of Dr Kennedy’s story with his synthetic vision of the future, he is now becoming increasingly concerned that the technology he helped pioneer may lead to unintended consequences in a future where technology and human brains combine.

Stopping does not occur to Kennedy however and even after a close brush with brain damage he continues with the development of a technology he hopes will restore speech for patients who have lost the ability to communicate by accessing their brainwaves directly. The man known as “The Father of the Cyborg” still holds on to that most human of traits: hope. 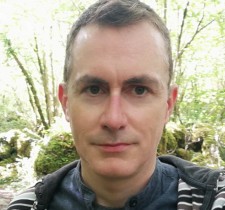