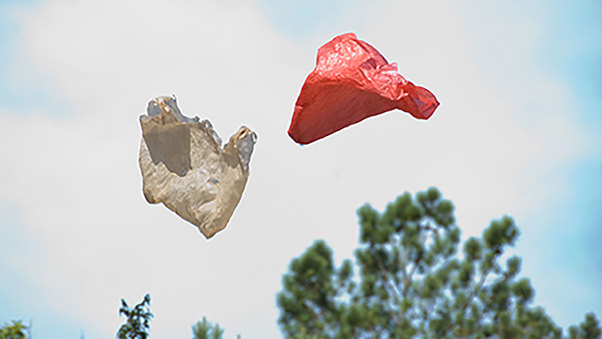 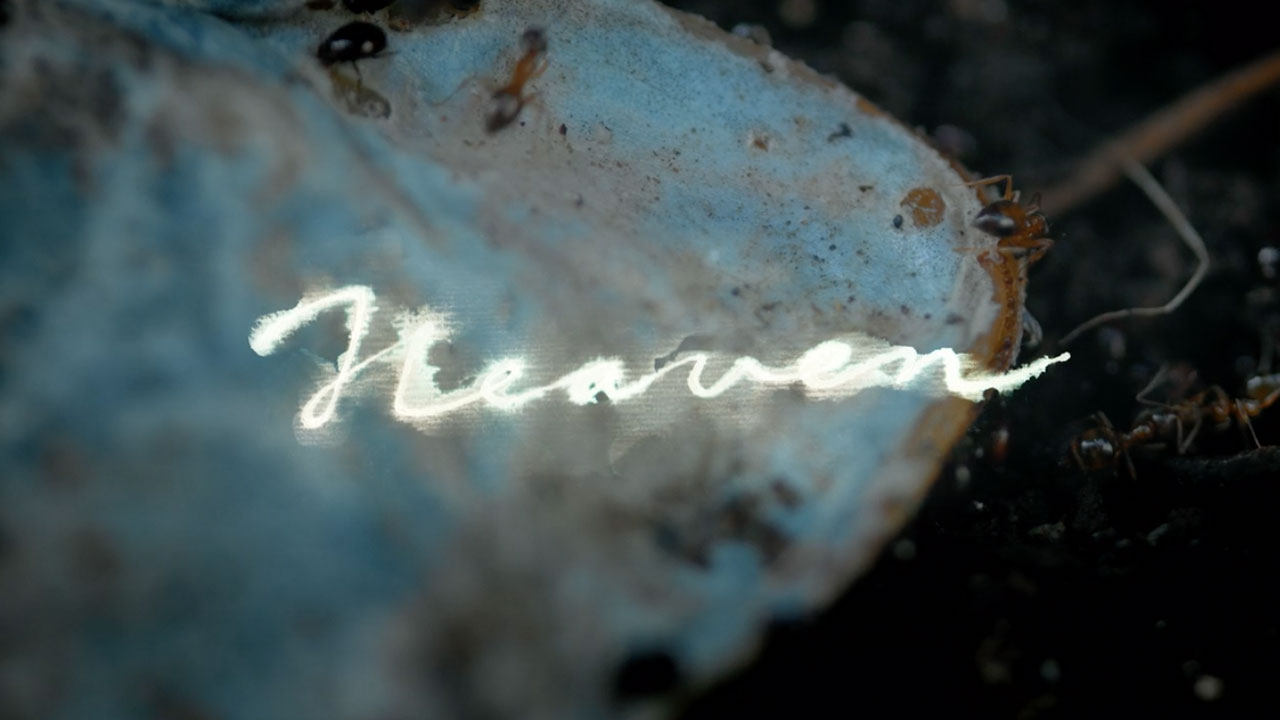 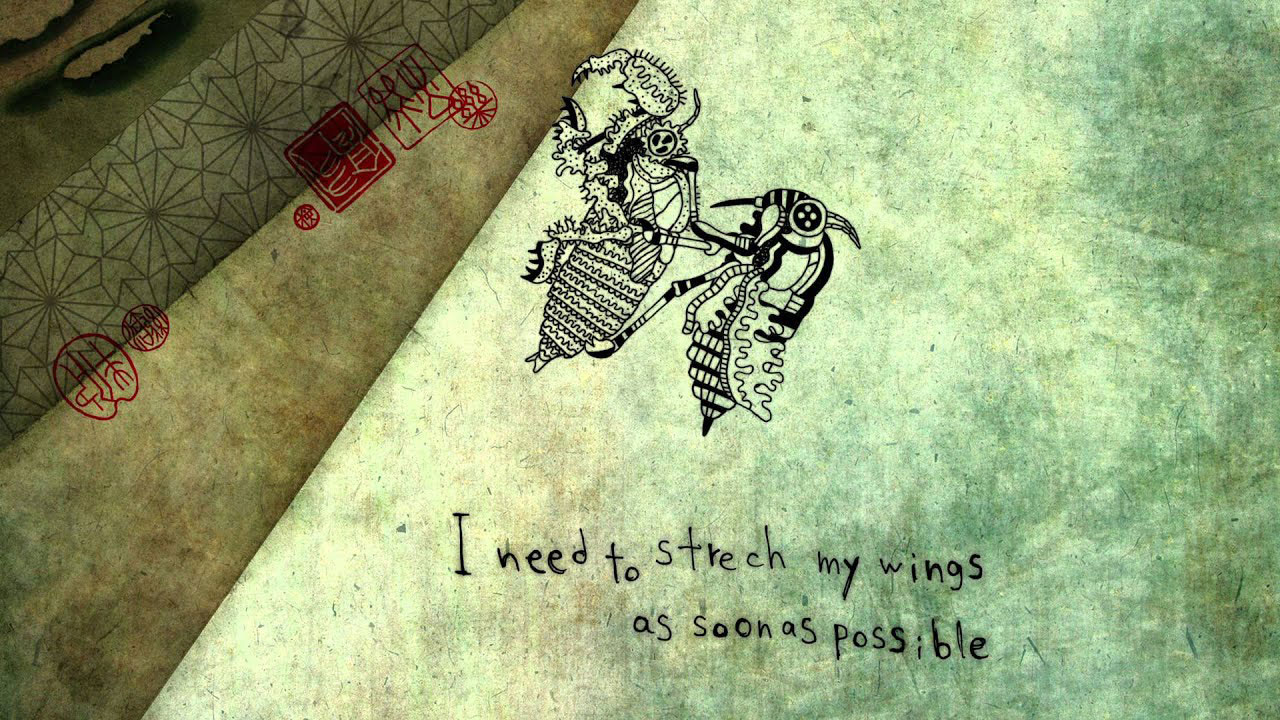 The quest to find the purpose of life has helped humanity evolve over eons. Be it having to play a central role in the future of the universe or taking the nihilist approach and believing that nothing gives meaning to our existence, the answers that we arrive at have always been influenced by the likes of religion, culture, and history. Amidst our journey to obtain an objective answer for this notion, we have, however, deviated from the sole fact that creates the foundation for this debate in itself: what is life?

For many, including myself, the purpose of life is laced with finding glory, creating stories, and establishing legacies. Whilst this perspective deals with the metaphysical and helps inspire us to conquer life in our own way, it fails to recognize the very essence of the said element out of personalized contexts. The animate and inanimate objects that surround us; the continuity of the eternal cycles of life and death; the forces of nature and all that she brings along with her to promote change; and the emotions that all the organisms around us harbor point to but a single abstraction: the continuity of life in all of its meaningless, meaningful ways.

Plastic Bag - “I wish you had created me, so I could die.” Cursed with immortality and yearning to find the meaning behind its existence, this short film introduces the audience to the plights of a hero’s journey. A hero that appears in the form of a plastic bag. The objectives of this hero which initially appear to be physical and palpable, soon become abstract and philosophical. From venturing across new realms, trying to reunite with its creator (a woman), the bag’s quest morphs into an ambition to unveil the purpose behind its existence. During this meaningful odyssey, the hero is introduced to a series of existential crises: its place in the cycle of life, its use to those around him, and the nature of its pointless and aimless journey to find the meaning of its being. As the bag drifts through a world that is dominated by ruined buildings, landfills, and waters polluted with trash, it undergoes a personalmetamorphosis: It can finally see and find beauty and satisfaction everywhere in the world.

The hero of this short film enforces the idea of finding beauty even in prosaic man-made objects, such as trash, contrary to holding onto more acceptable definitions of beauty, such as a sunset by the beach. The plastic bag teaches the audience that life - though it may appear to be incomprehensible and pointless - can nevertheless be fulfilling, joyous, and poignant. It imparts the idea that at times we find the meaning of whowe are not where we expect it the most, rather in the most unlikely of places - an example portrayed through the hero’s own choice of wanting to reach the Vortex to find the answers it desired. 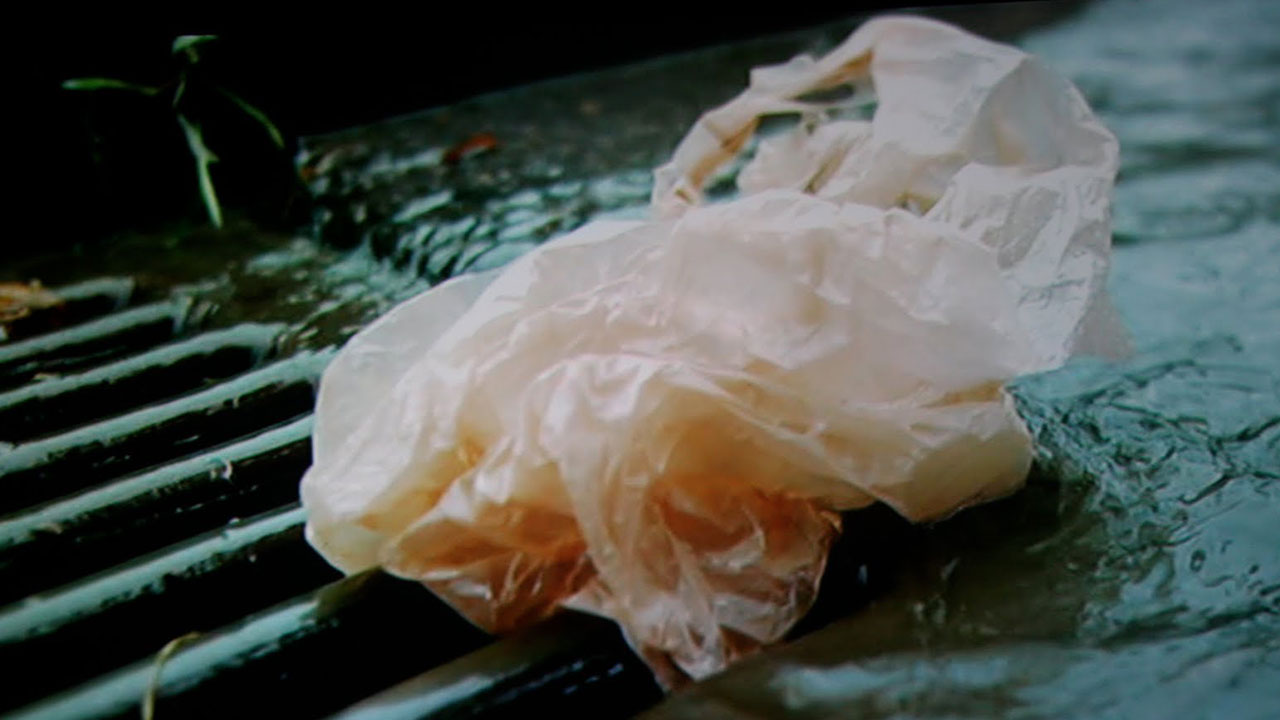 Heaven - Through the use of breathing sounds as background noise, zoomed-in footages of insects and parasites in their natural habitats (mud and animal carcasses, respectively), and the biological process of decomposition, this documentary aims to provide the audience with the other side of nature’s benevolence: the aspect of death.

As the documentary portrays, in order to keep the world in balance, nature has been tasked to take away the gift of life just as easily as it bestows it. The purpose of showing these footages is not to glorify the concept of death, rather highlight the perseverance of the cycle of life. As the organisms in the documentary are seen being eaten, decomposed, or  appearing as skeletal remains, they serve as the source of life and nourishment for those who prey on them. Accompanied by the high-pitched breathing sounds (symbolic of life) in the background, the documentary aims to illustrate but a single concept: the ways of mother nature. 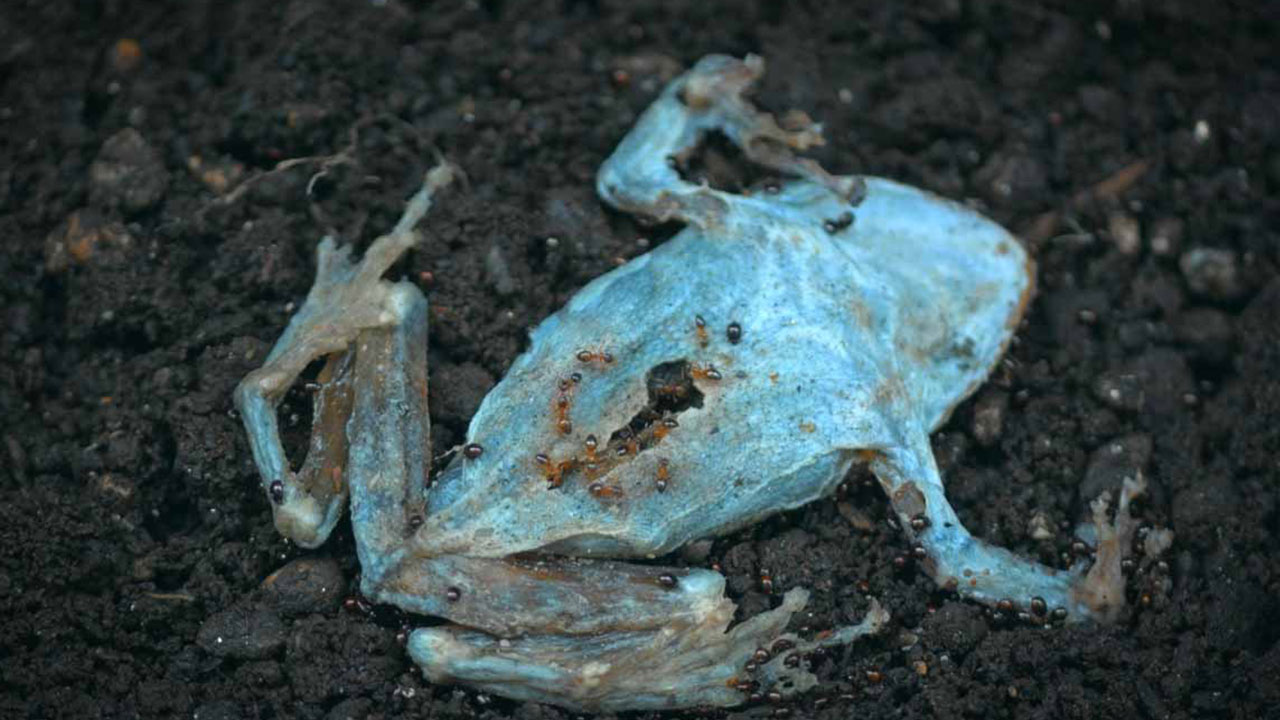 663114 - The parallels drawn between humanity and other animate objects could perhaps be attributed to the concept of evolution, or better yet, relationship with the environment. The same parallels have been beautifully depicted by the profound short-animated film 663114.

On the surface level, the title of this film appears to be a code of sorts. However, upon further analyses, it becomes evident that the title, in itself,is a message to the audience (The Fukushima disaster occurred after 66 years of Hiroshima and Nagasaki being destroyed by Fat Boy and Little Man. 3/11 is the date of the 2011 Tohoku earthquake and the following disastrous tsunami, and 4 are the number of nuclear reactors that were damaged at the Fukushima Daiichi plant).

As the animation of the short film continues, the audience is introduced toan ancient cicada slowly climbing up a vertical surface, accompanied by a guttural, masculine Japanese monologue in the background. The tale of the cicada is that of survival and evolution. During its most vulnerable state, as it emerges from its skin, the cicada is met with monstrous earthquake strikes and it appears to be physically weakened. Shortly after, the tragedy repeats itself and the cicada becomes victim to ferocious tsunami strikes. As the audience sees the cicada struggling to survive, given its resilient nature, they are haunted by guttural growls andcries of voices in the background - voices that are symbolic of the thousands of innocent victims of these natural catastrophes.

As the credits roll out, the cicada appears yet again. This time, however, itis heavily mutated and its voice is distorted (representational for the  nuclear disaster). Though its appearance has changed and its movements have been altered, the soul of the cicada remains true to its original nature, fighting for its survival and ensuring its existence. An act of sustenance, which is dramatically put emphasis on during the cicada’s early stages to maintain the universality of its message: “To survive and leave offspring...Our ancestors have continued this cycle countless times. Through the various hardships.” 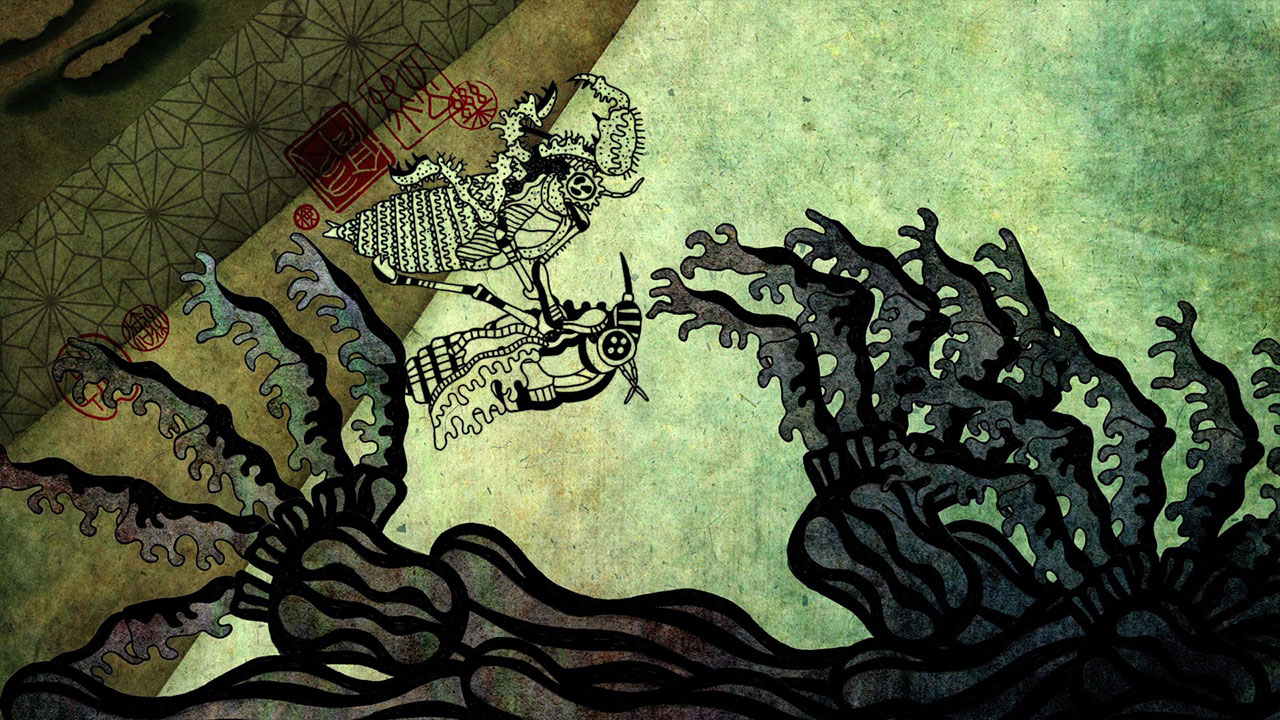 Ali Hamza is a current high-school student utilizing his senior year to explore the various literary aspects of the world. His interest in the world of literature sparked after he became a part of the 5th Oxford University Press Literature Festival held in his country, Pakistan. After witnessing how literature plays a pivotal role in connecting the art of storytelling to global themes and social issues, he quickly trailed this area of knowledge, and since then has been engaged in several research-based literary activities during his high-school years. His current works fixate around the issues of Human rights and Women Empowerment in Afghanistan, as he explores the land of endless wars through the vision of Khaled Hosseini, an Afghan-American novelist. As an aspiring writer, Ali hopes that his literary ventures enable him to purge his land of the socio-economic adversities it faces - paving a path towards the creation of a more understanding and accepting society in the near future.