On Land and Sea: Visions of Landscapes in the Global South 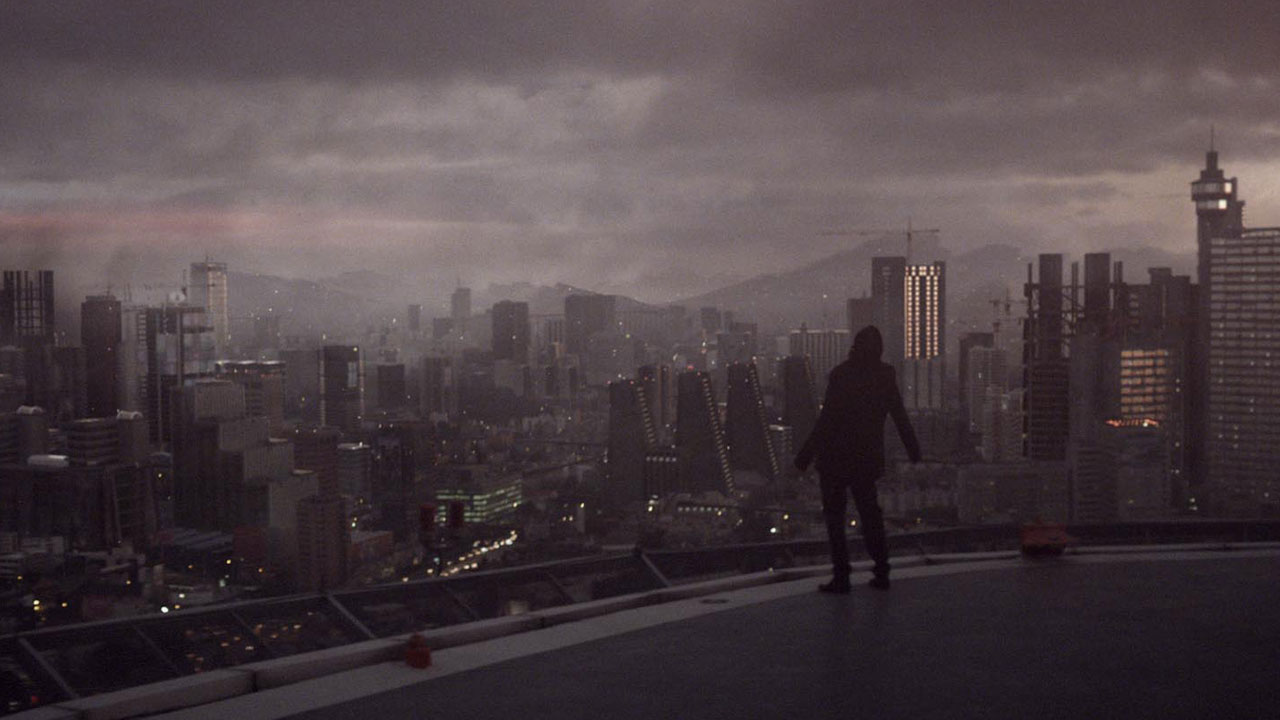 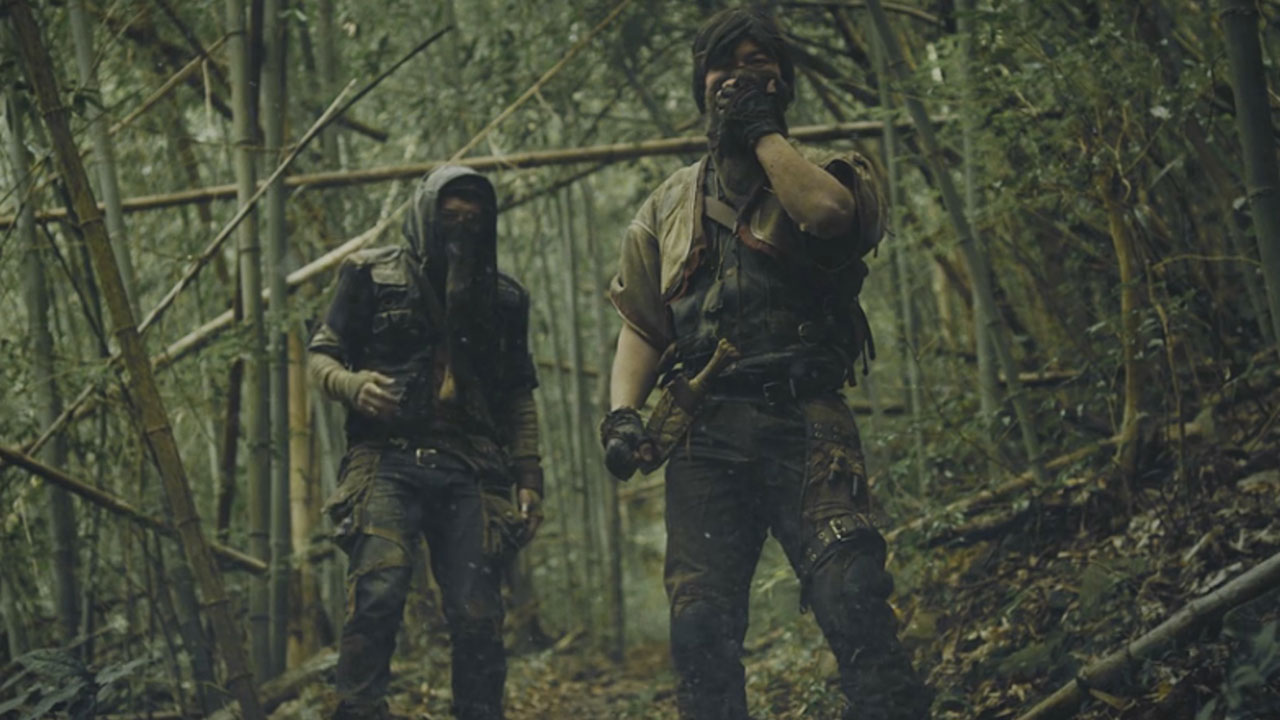 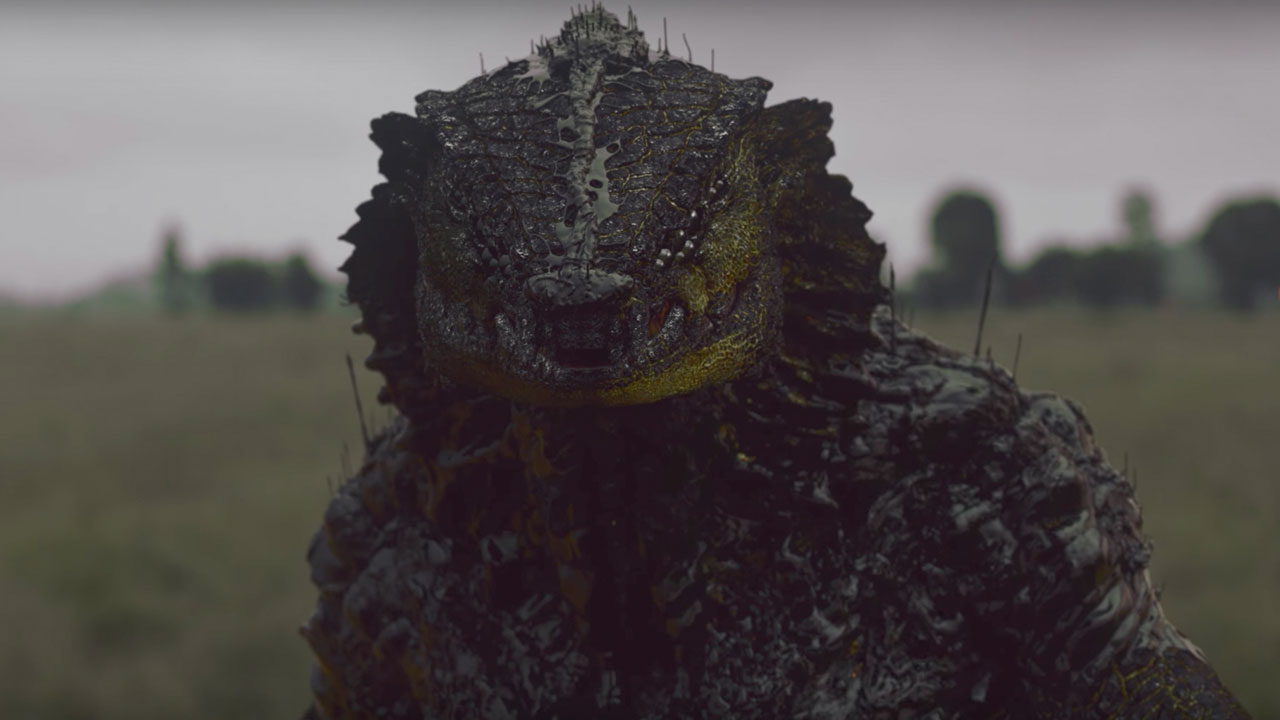 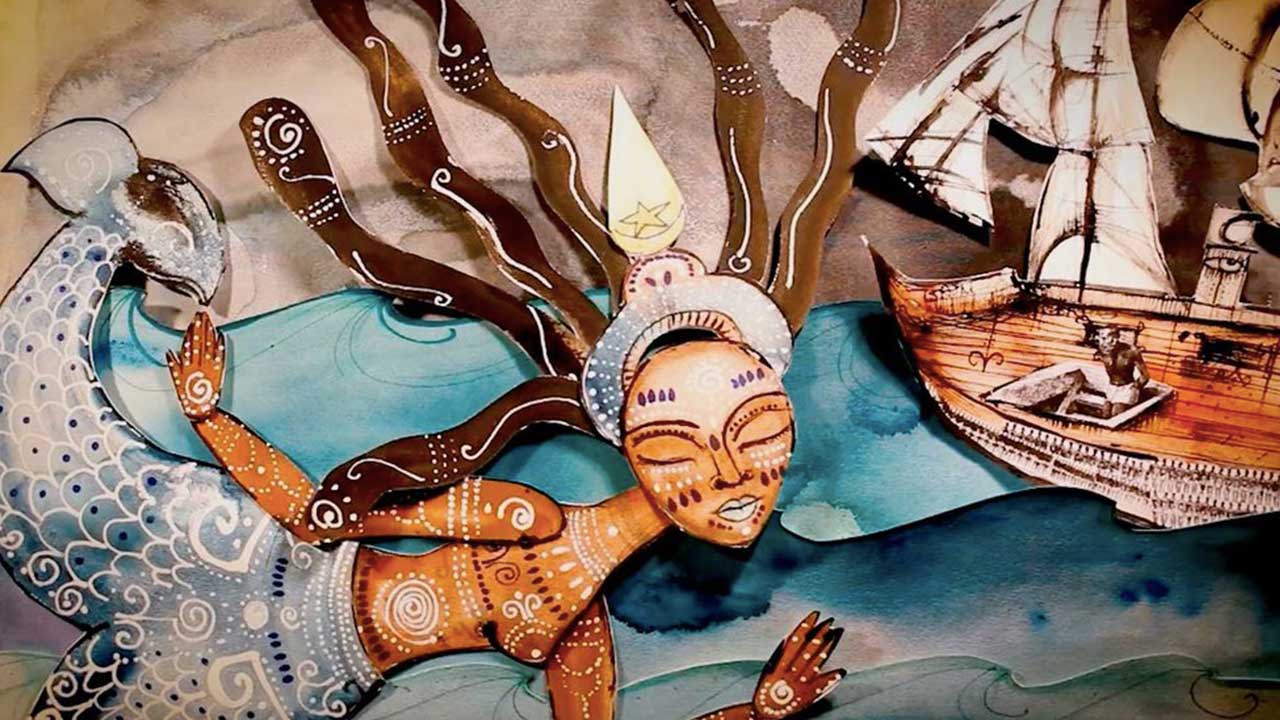 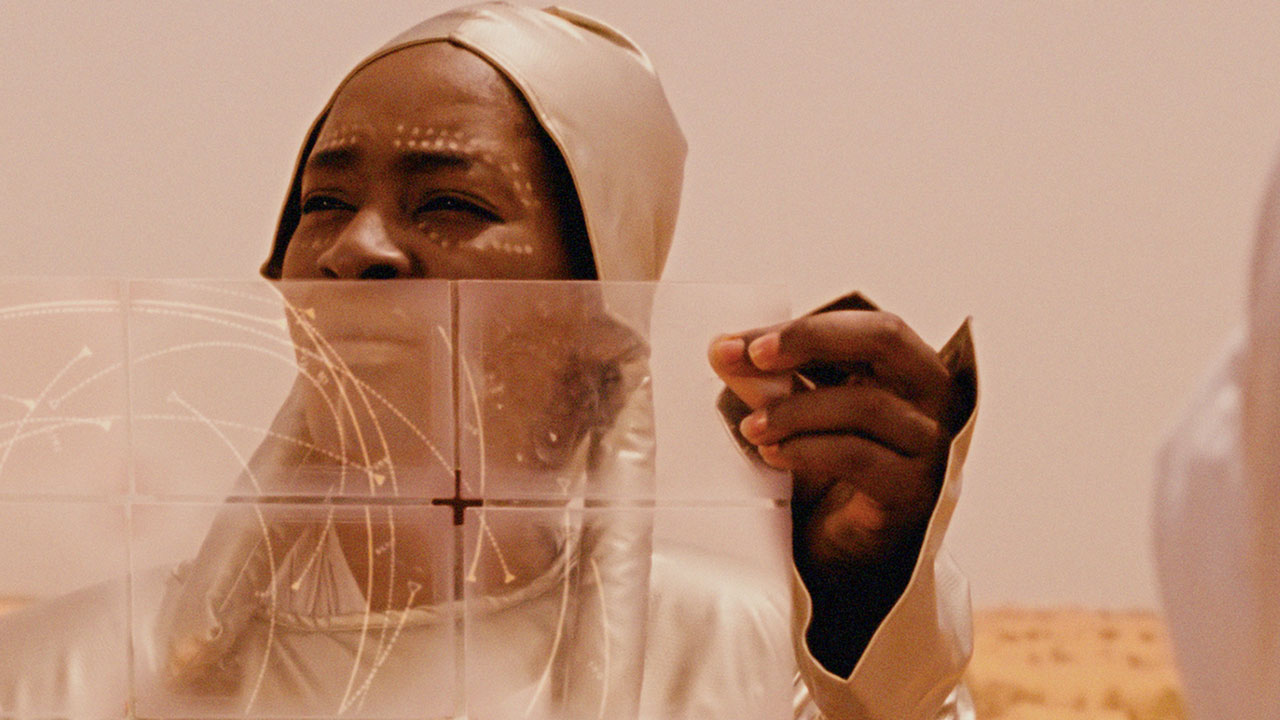 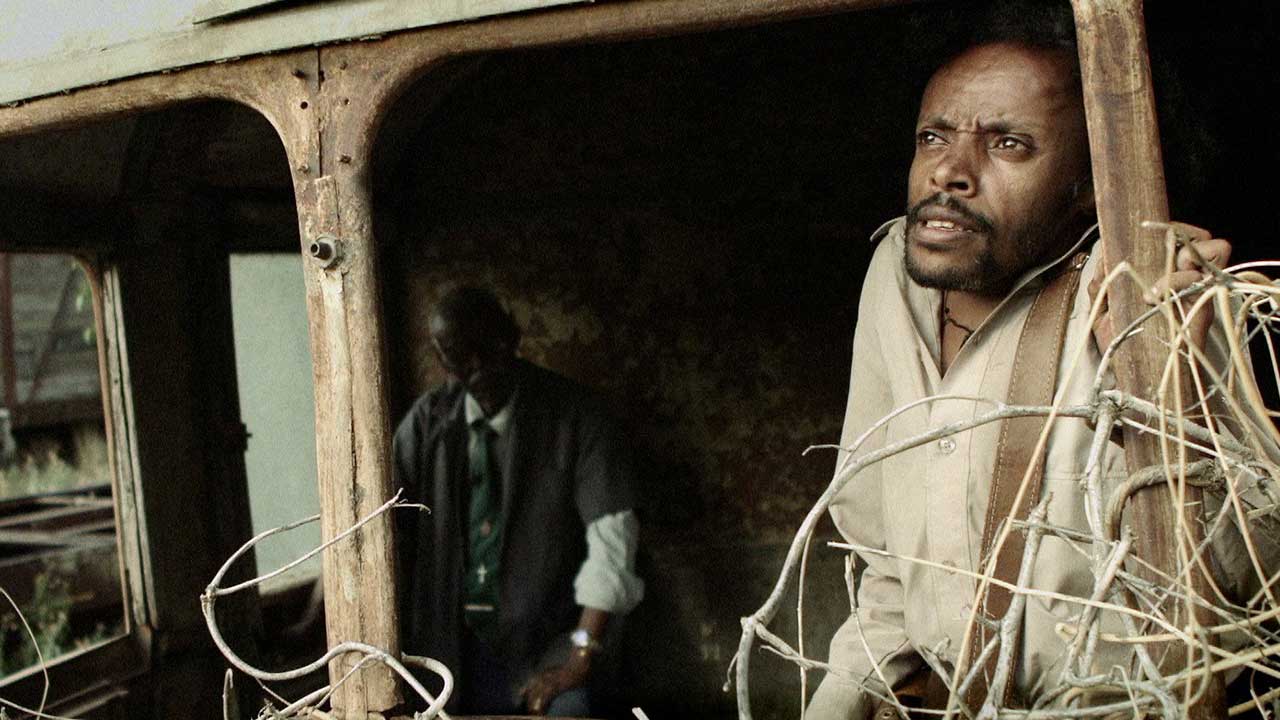 This month’s Labocine issue “Afro Space” lets us reflect on the use of space in film, in all of its variations. In this case, however, I don’t mean outer space but the land, sea, and air that our characters traverse in their cinematic journeys. How can we understand the relationship between characters and the landscapes in which they inhabit?

Very broadly, African film imagines space and landscape as an active part of the narrative experience. In Haile Gerima’s Harvest: 3000 Years (1976), the cinematic meditation on the ravages of African colonialism, or in Djibril Diop Mambéty’s surrealist piece,Touki Bouki (1972), the cinematography relies on long takes, wide shots, and leftward pans. Landscape shots are privileged over facial close-ups (in Western film, close-ups align us emotionally with the protagonist), and crosscutting is more ideological than narrative. These techniques focus less on the protagonist as hero and more as the landscape as a driver of the narrative. Additionally, movement, space, and time become explicitly linked—traversing landscapes happen over time, not instantaneously through continuity editing. Finally, these techniques suggest a humankind that is not battling the landscape but exists in an integral, interdependent relationship.

While contemporary science fiction and Afrofuturism don’t explicitly claim such neorealist techniques, they nonetheless plainly draw from these earlier cinematic traditions. The sci-fi short Drexciya (Simon Reitrmeier, 2012) resurrects a 1980s Afrofuturist myth about a secret, powerful city. In the story, the fetuses of pregnant African women thrown overboard in route to the Americas didn’t die but learned to breathe underwater and created the city of Drexciya. The short film revives the idea of the secret city, but here the person saved may be a shipwrecked European attempting to migrate from the now-catastrophic north. The film visually draws from the sub-Saharan African film style, leading its protagonist through increasingly isolated and isolating landscapes in which trees and rocks pull focus from the humans. It also has the characters interact with the landscapes as much as with each other. While the film does use the close-up, it’s not used as a narrative function. We don't learn what the desperate evacuee is feeling or empathize with him; his feelings remain unknowable. 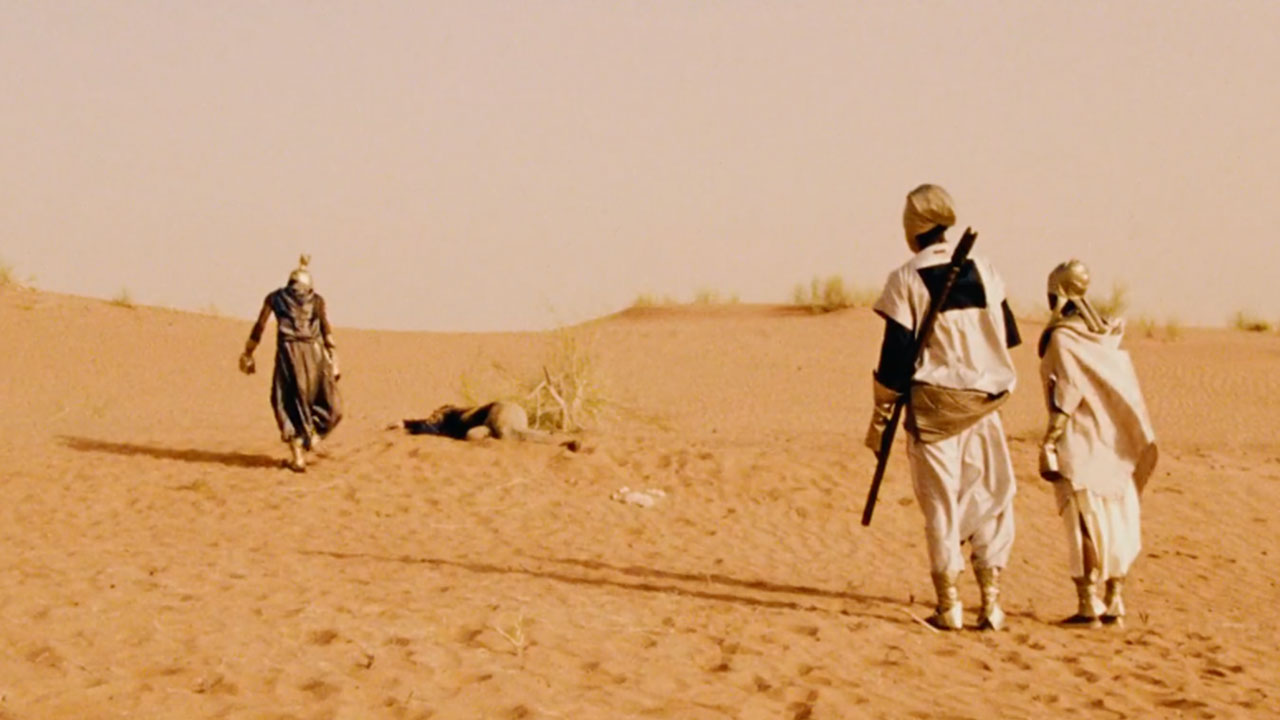 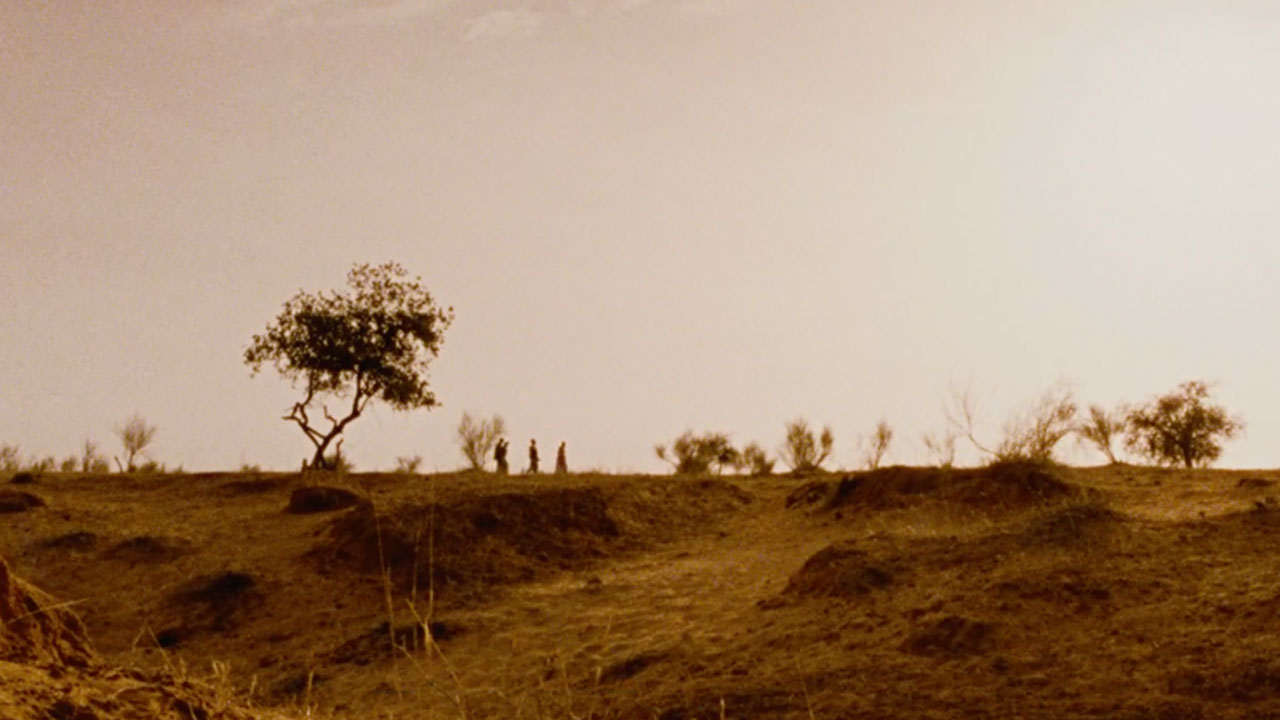 The Water Will Carry Us (Gabrielle Tesfaye, 2018) also pulls from the Drexciya myth but uses a mixture of flat animation and live-action filming to play with the idea of oral narration. Using stark animation and colorful drawing, The Water Will Carry Us tells a story of Africans who were kidnapped and put aboard ships to be sold in the Western continents. However, after they are thrown off the ship, goddesses save them and spirit them away to an underwater nation. Significantly, the film doesn’t use three-dimensional animation but a flat, planar style that evokes Victorian puppet shows. The style minimizing the idea that we are watching this happens to instead emphasize its story form—that this is a tale being told to others long after it occurred.  Here, an animation is physically transforming the seascape into an integral part of the narrative structure. 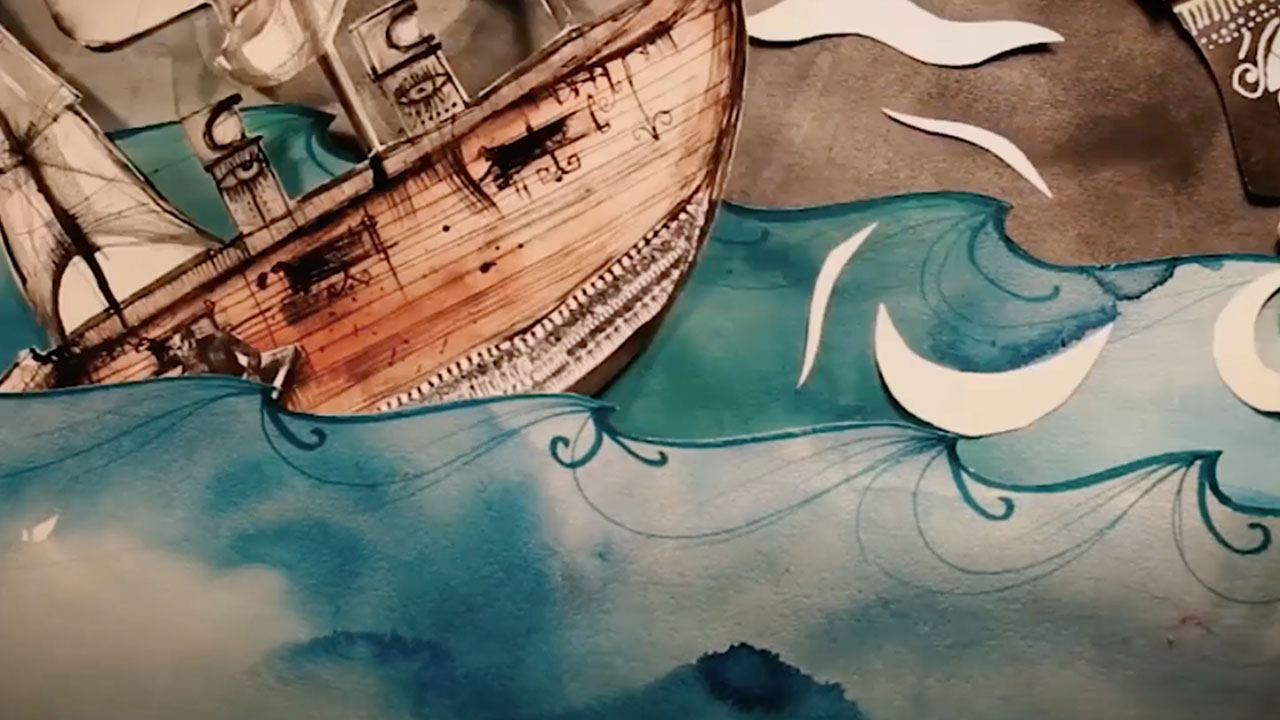 The feature-length Crumbs (Miguel Llansó, 2015) embraces and revitalizes the more traditional use of landscapes. Crumbs also takes its characters on a journey through the depths of African landscapes and the flatness of global popular culture. In the film, a gleaner of a destroyed society hopes to journey home on a spaceship. However, the film uses crosscutting between the desolated landscapes and a pop culture-infused tale of space travel performed with discarded toys to underscore two modes of narrative expression. 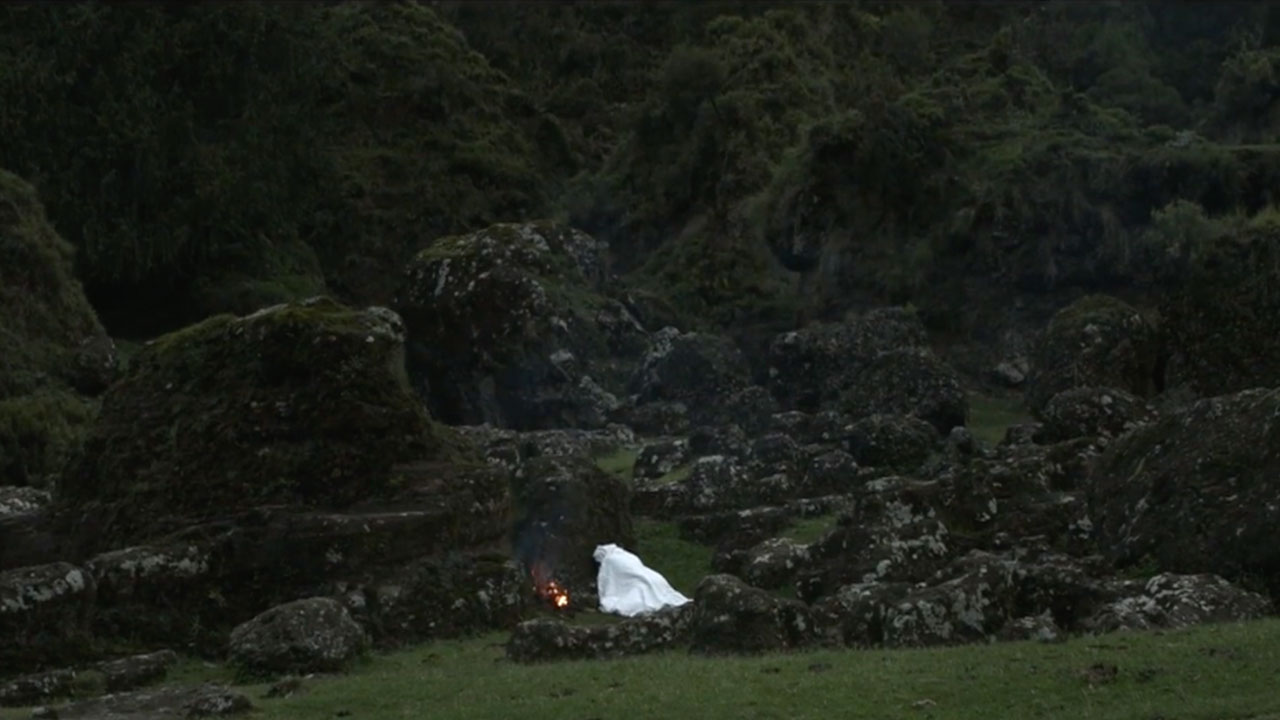 Interestingly, we see these 1970s and 80s film styles in other examples of today’s global science fiction and dystopian cinema. Due to the influence of non-Western cinemas and other central issues (i.e., the environment, globalization, and urbanization), the use of land and seascapes as narrators and central narrative metaphors has become more significant worldwide. Because the environment, this active element of our survival is at risk, it—and thus the land itself-- has become a more central character in science fiction. Of course, Mexican film has historically used landscape in this surreal way (see Los olvidados, for example), but the recent Mexican/Dutch/American co-production Sundays uses landscape to illustrate the speed of time. In the film, as memory changes, the already decaying Mexico City landscape crumbles in on itself, visually displaying narrative time.

In both the American/Japanese film Dust and South African/American short Rakka, humans must adapt to become more like the new terrestrial narrative before them. In Dust, the film juxtaposes inside and outside of city walls as a larger trope on the necessities of evolution to survival. And Rakka, although in certain ways the most commercial and convention, nevertheless explores changes in narration by telling the story of invasion from multiple points of view. In each, however, humankind is absorbed into a new landscape that requires change for survival. While in these films the landscape is somewhat (or sometimes) hostile, they nonetheless suggest the need for interdependence to protect old and even emerging life and life forms. 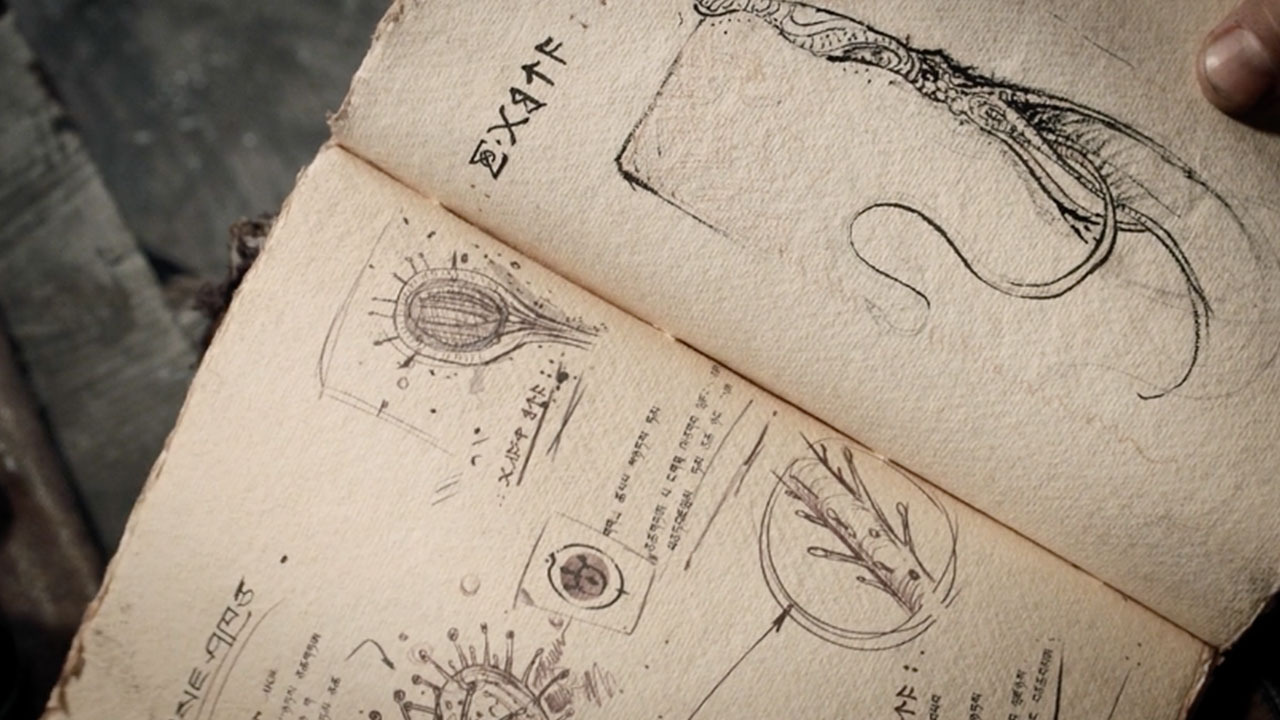 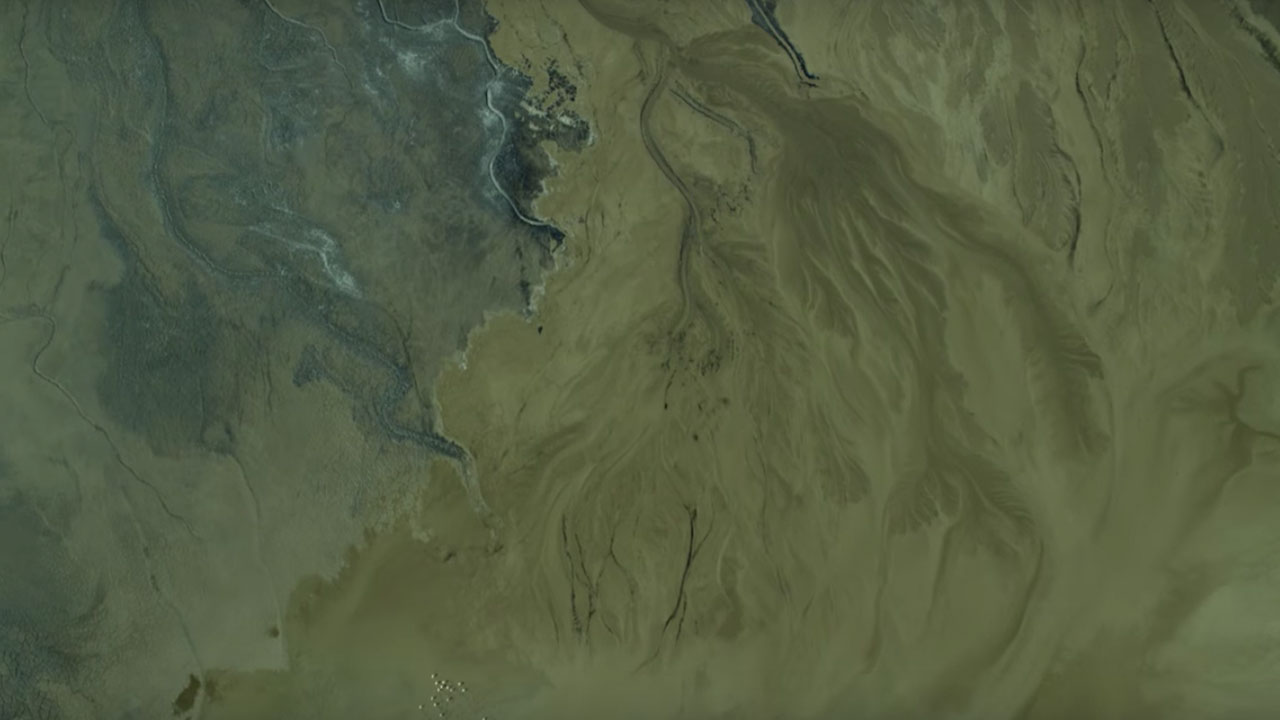