Landscapes & Language of the Anthropocene 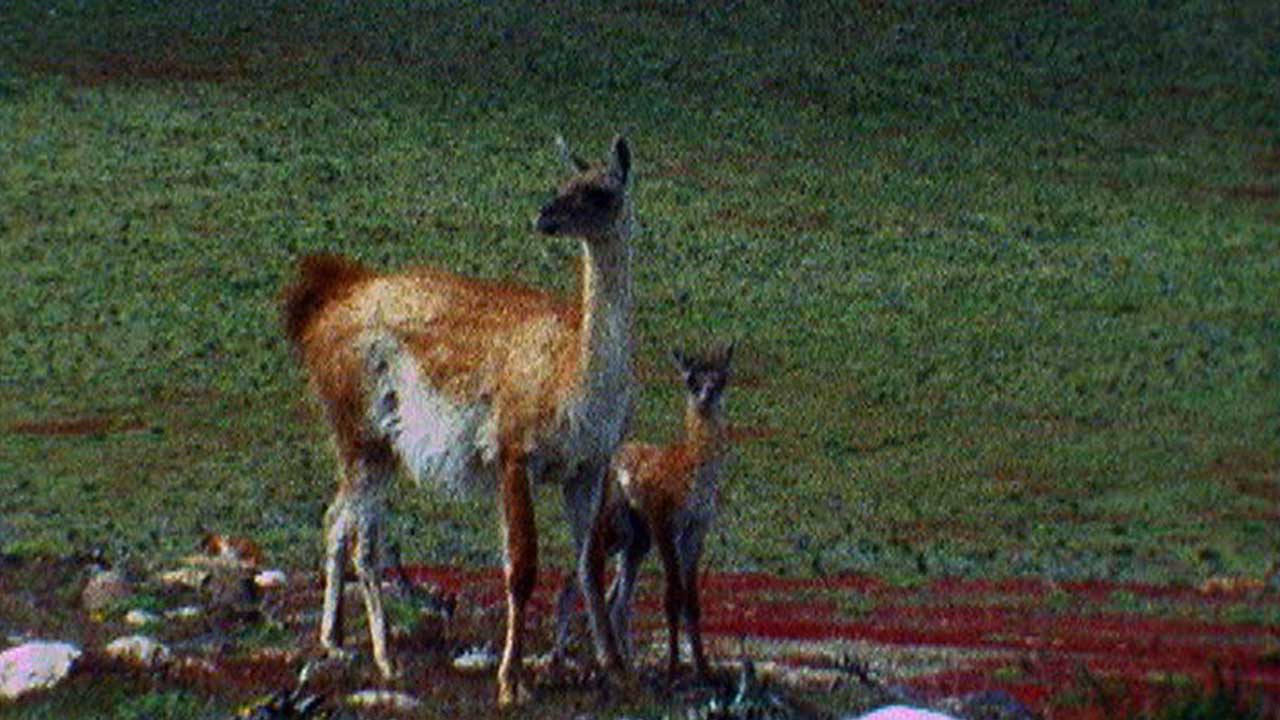 What Part of the Earth Is Inhabited 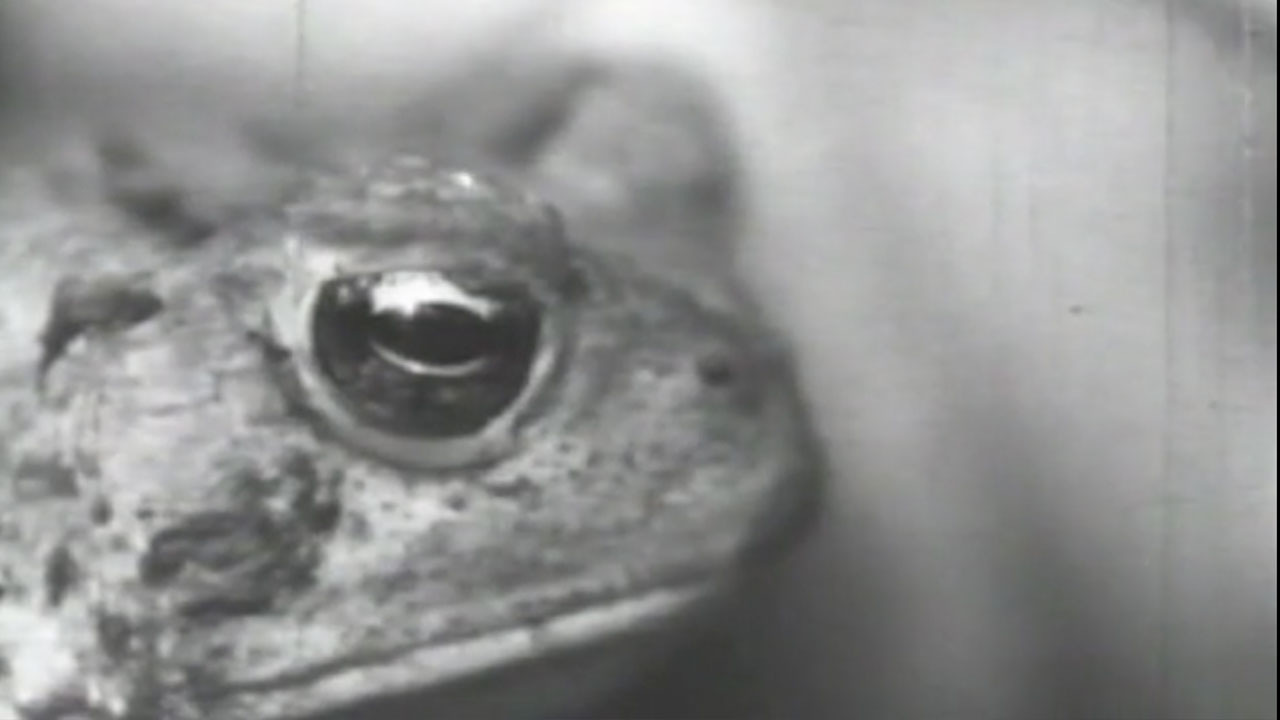 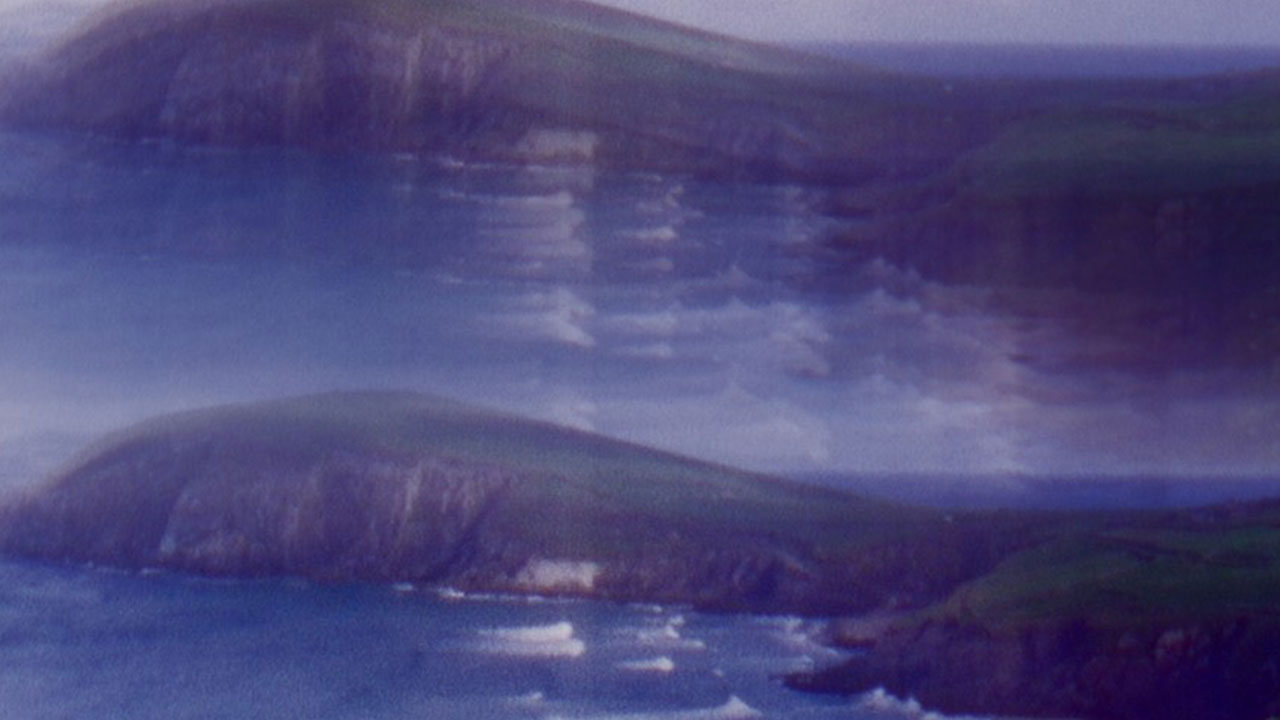 The Sea Seeks Its Own Level 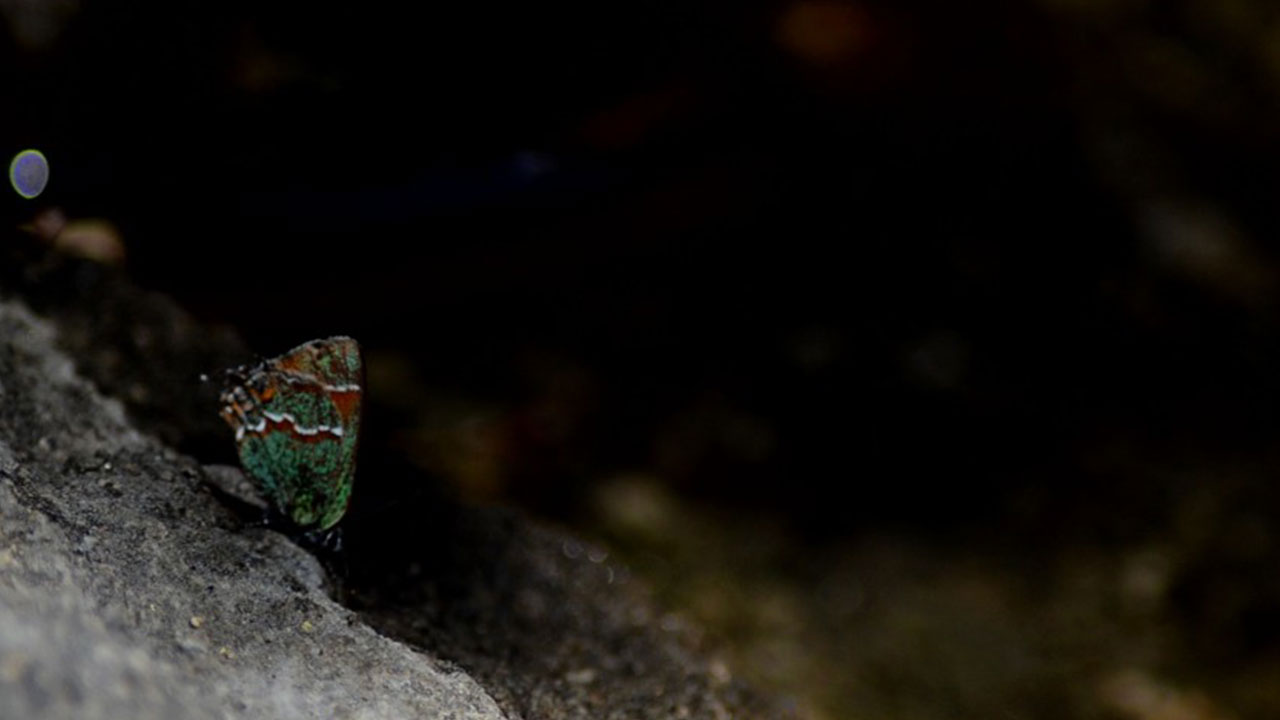 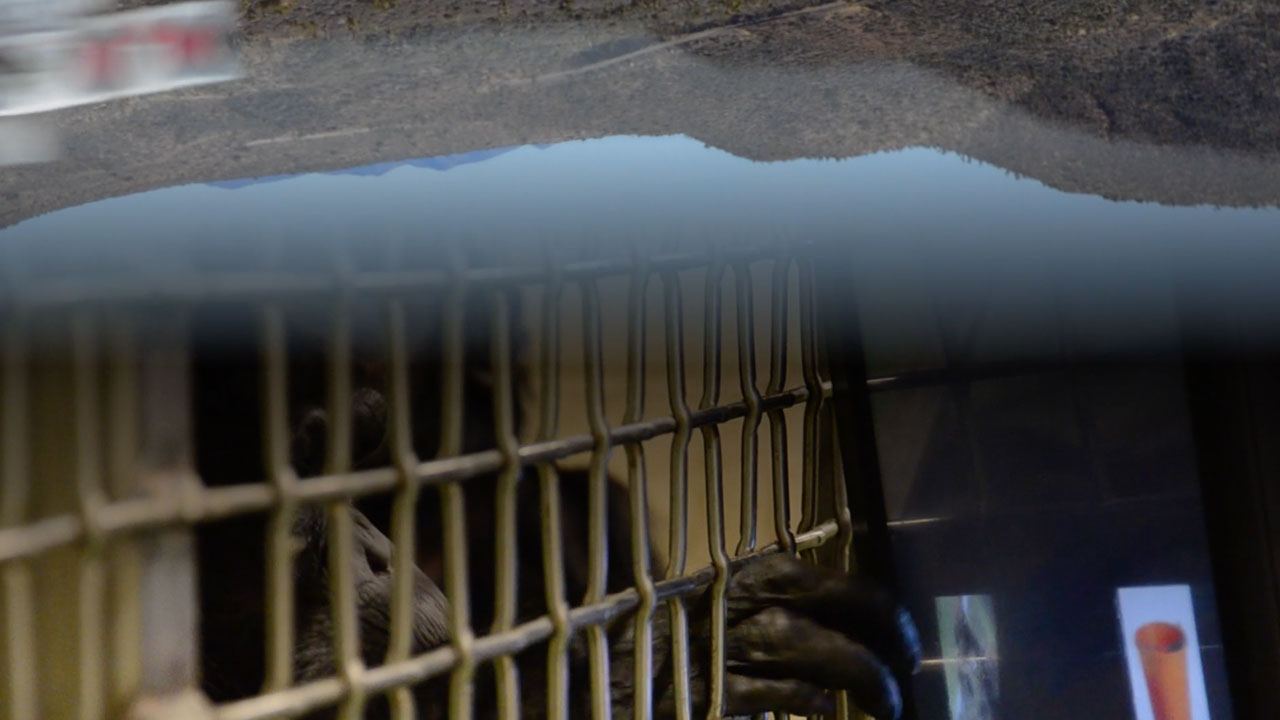 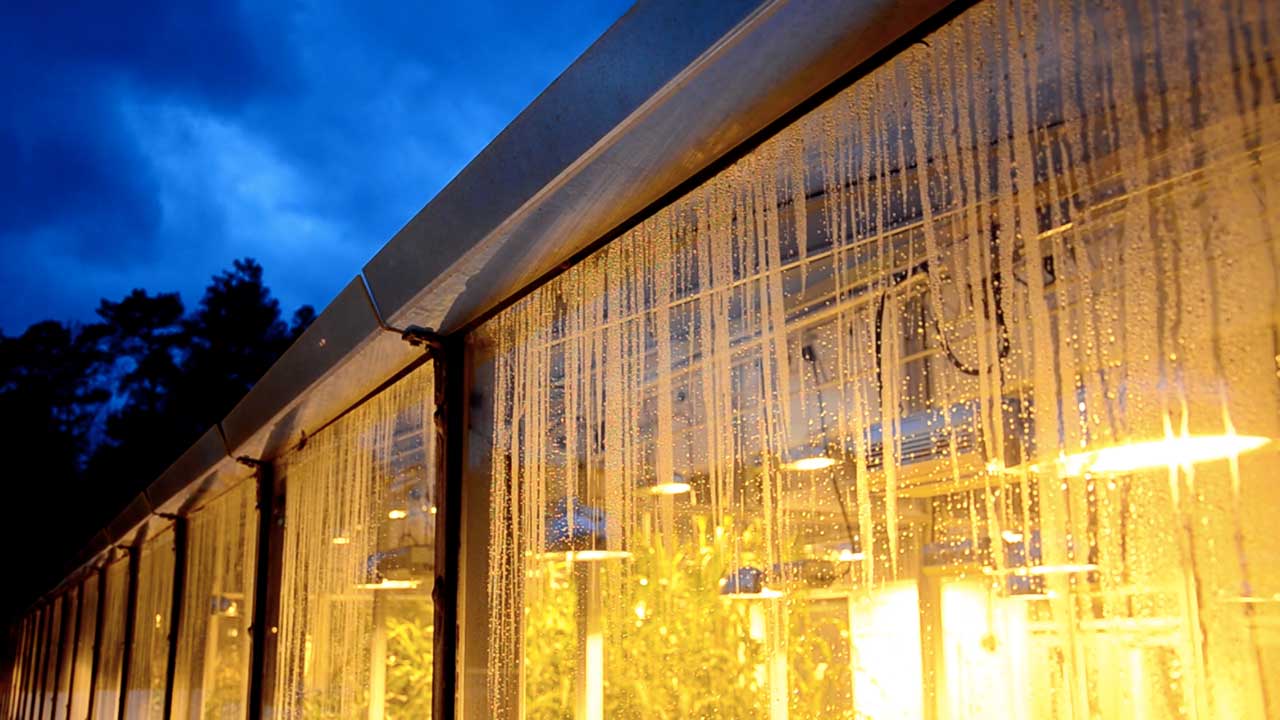 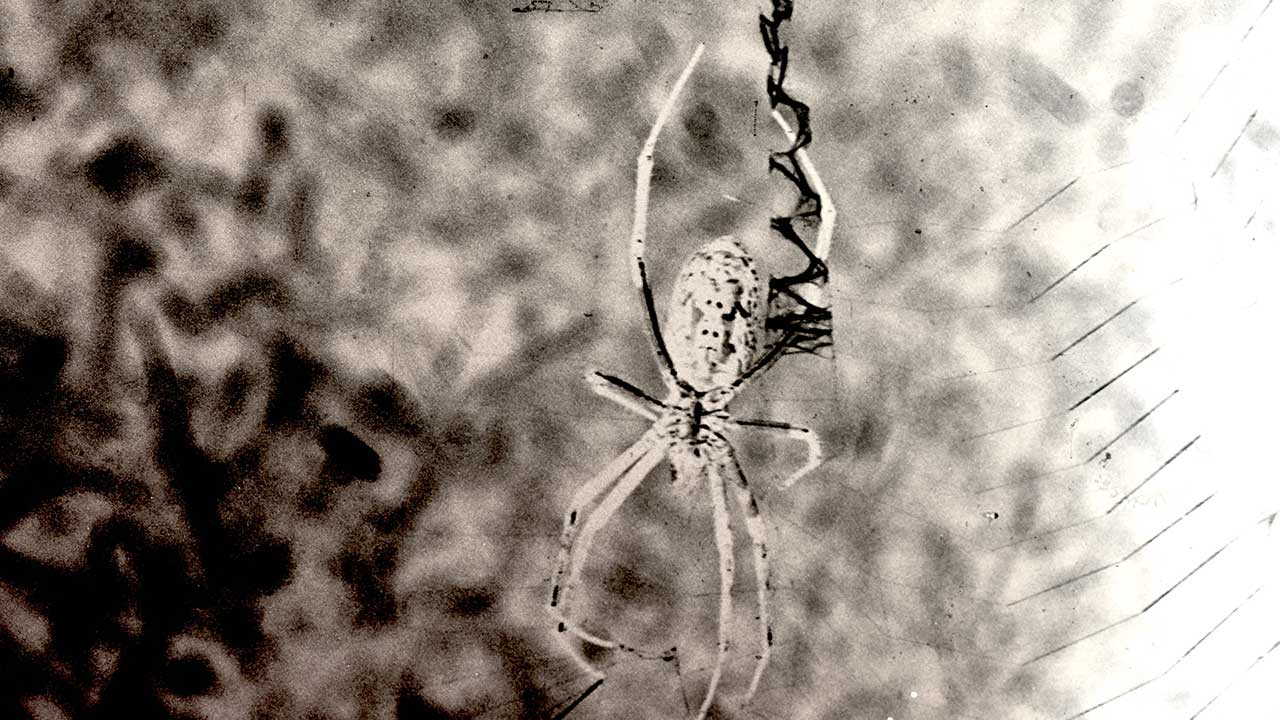 A Net to Catch The Light (视网膜 )

An eye becomes a clock. An egg becomes a bird. A seal becomes a ship.

A stony-faced fountain dissolves into the porous cells of a toad.

An orb-weaving spider morphs into the golden sun.

Metamorphosis, in a word. 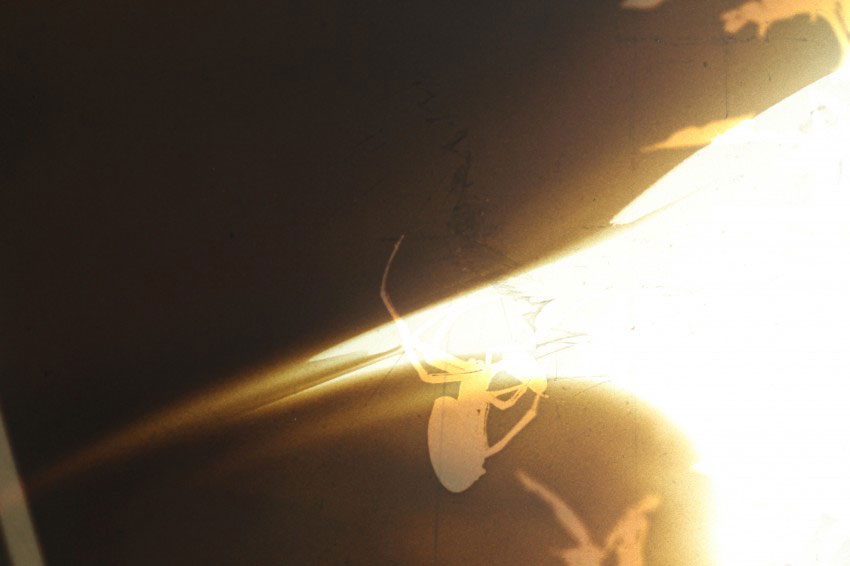 Bearing in mind the wealth of meaning Ovid gave to that word in his eponymous 1st-century AD book—and its biological and entomological associations, too—transformation of form and the inevitability of change seems to me well-suited and overdue for more filmic delving.

My moving-image work spans the poetic and the scientific, which as the astronaut Mae Jemison said are both avatars of human creativity. So by exploring metamorphosis, or the effects of time on a planet, on a landscape, on an archival interview, on a historic icon, on a medium, or on a species (like a hummingbird or a human), then I can better understand where we've been, where we are, and where we might be headed—all inevitably different iterations of the same materials, subjects, and meanings.

As Ovid writes, “There is no thing that keeps its shape; for nature, the innovator, would forever draw forms out of other forms. . . death is but the end of the old state; one thing shifts here, another there; and yet the total of all things is permanent.”

In fact, I would even say that these films of mine structurally (as well as thematically) embody metamorphosis, interconnectedness, and continuity, from the analog to the digital, from the corporeal to the ethereal. The viewer will hopefully have initial expectations eclipsed; traditional forms of the documentary, scientific, historic, essayistic, or poetic film, can collapse into a singular existence, ever morphing and writhing away from classification.

Bearing in mind the wealth of meaning Ovid gave to that act in his eponymous 1st-century book, and its biological and entomological associations, too, transformation of form and the inevitability of change seems to me well-suited and overdue for tireless filmic exploration.

I'm always looking for a way to bridge the poetic and the scientific through the moving image, so by exploring metamorphosis, or the effects of time on a planet, on a landscape, on an archival interview, on a historic icon, on a medium, or on a species (like a hummingbird or a human), then I can better understand where we were, where we are, and where we might be headed—all inevitably different iterations of the same materials, subjects, and meanings.

In fact, I would even say that I aim to embody the act of metamorphosis within each film as it relates to an expected plane. The viewer will hopefully be transported or jolted from an initial expectation, say that of being rooted in documentary, scientific, historic, or poetic forms, to a realization that these forms can collapse into a singular existence, ever morphing and riffing. Your work strikes me as both experimental and experimentation? It not only documents scientific research but also conduct becomes a form of research through the manipulation of image and sound. Do you agree with this?

Thanks, I take that as a high compliment. I treat the camera as an instrument, an imperfect and ever-changing one that has the potential to offer me new information—exactly like the microscope and the telescope.

I also think of existing material, from archival sound to 16mm educational films from the last century, as data to be sorted. With so many cameras out in the world, so much audiovisual material, what I believe we need most right now are novel ways of sorting and presenting this, as editors and makers.

That's true in the sciences, too. We are overrun with a profusion of 0s and 1s, zipped files, unprocessed output, and unexamined files. Scientific methodology has been forced to change, too.

Observational field biology of the 1950s, for instance, has been rendered obsolete by the increase in human population and the decrease in wildlife habitat. Those observations as new data have become no longer relevant; instead, they must account for external, anthropic factors, for climate change and impending catastrophes. So, too, for cinema.

I believe we're entering a stage in cinema where humans and so-called natural landscapes have a different meaning on screen.

To explore some of these issues, I most certainly experiment as I shoot, edit, and plan new work. Not just trial-by-error experimentation, as so many people, conceive of it, but methodical and preconceived trials with purpose. To make new discoveries, new films worth watching, we need creative and innovative ways of processing images and presenting a discerning assessment of the planet.

More than anything, I feel it my duty as a thinker, as a maker, to explore new forms. That must be done through directed, thoughtful experimentation. How would you define a "science film" since there seem to be many opinions on this matter and stereotypes/stigma associated to this term.

In my experience, scientists expect a science film to be about a scientist, or about data collection and outcomes of discovery, whereas non-scientists expect a science film to teach them something about what's contained in the cosmos. I support an even wider description of science film that encompasses experience, methodologies of scientific research, modes of experimentation, shared curiosities, and play. I often return to the films of Jean Painlevé, who created a variety of pieces altered for different audiences.

My background of having two biochemist parents made me recognize that all scientific disciplines, be it anthropology or hydrology or geophysics or malacolgy, relate to our existence on Earth. This may not have been the case pre-Industrial Revolution, but now that we are in the midst of the Anthropocene it's incontrovertible. Colorado pillbugs from True-Life Adventure I (2012)

What inspires you? What motivates the topics or artistic/scientific choices - scientific/recent news, encounters with scientists?

Most often I find myself responding to something personal: a scientist I know, a species I see firsthand, a poet I admire, a curiosity I have about the world. And once I have the seed of an idea, I revel in the research phase of building and concatenating, swinging between histories and places.

One aspect of the sciences that I don't miss is what I call the "ladder" form of working. One rung follows another, with occasional leaps up into the branches. No rung can be skipped, at least not in the academic paper accompanying the research.

With my work, I love being able to create chasms that I and my audiences must cross independently; I am meticulous in my calculation of those chasms, but I know I lose some people along the way. 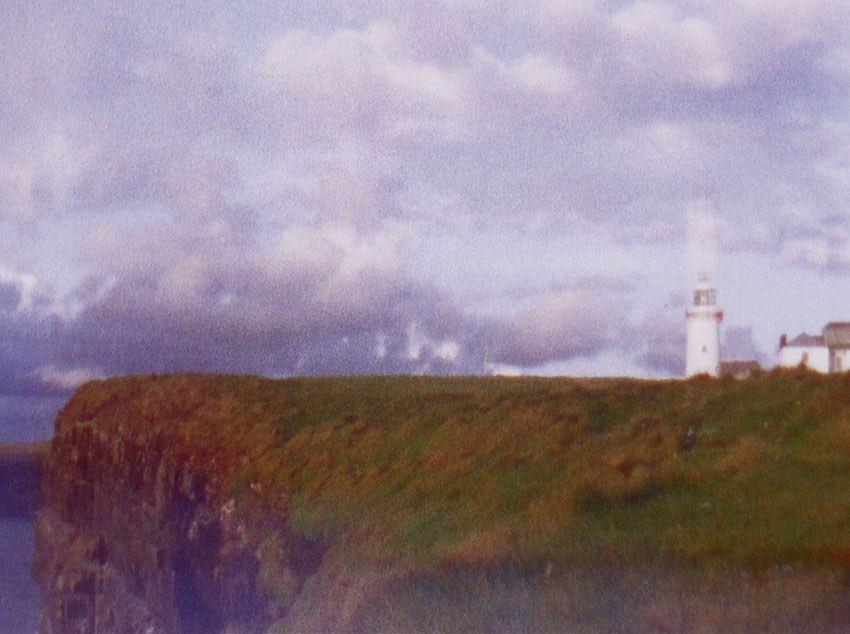 Would you say you work is message-driven or speak to some form of activism?

I am careful not to confuse form with content when I try to answer that question for myself. Much of my work is inherently political and some of it is literally about politics, specifically related to the environment.

A film that documents radical political and environmental activism can easily be the most conservative, retrograde, and staid, formally. Similarly, films about the environment might be some of the least eco-friendly ventures on the planet with cinematographers jetting from continent to continent, stalking snow leopards and bonobos and calving icebergs, never returning to the places of original filming, nor truly accounting for the specificity of place and person and responsibility.

Again, this is an area where I feel I am directing my research: radical and impending subject matter (that hops between centuries and disciplines) demands and deserves radical form. If your definition of activism allows for alternate means of amplification and platform (as we're demonstrating here on Labocine), then I do believe I fit that role.

Right now, I see my most distinctive way of being an activist to be in the way that I construct my films, edit, and distribute them, the same for my writing and teaching, questioning form in my ingestion, analysis, and response to the natural world. 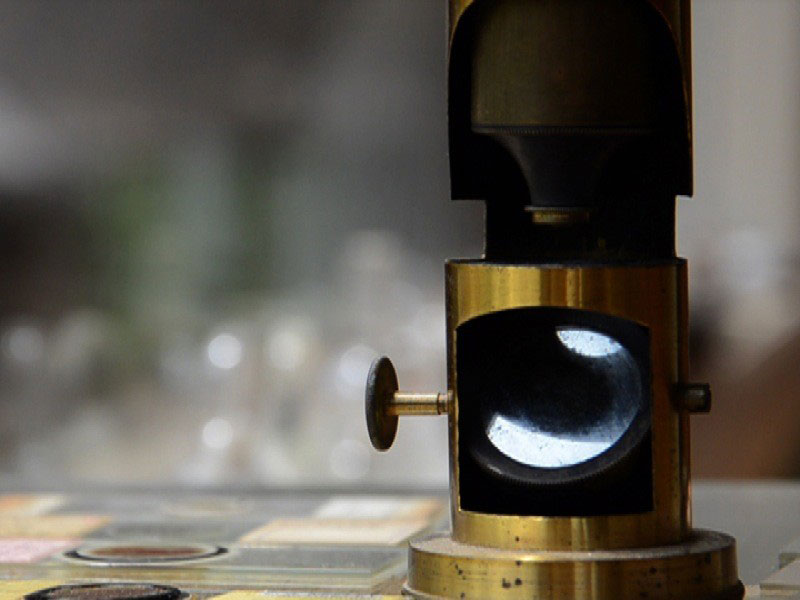 Since we are featuring a number of your film, do you think there is a progression/continuity as a broader scientific discourse on the Anthropocene - or is each film independent, isolated case study?

Just as someone like Claire Denis or David Lynch or Agnes Varda revisits particular tropes—like colonialism, the uncanny, or interiority (respectively, if reductively)—I do believe you might trace particulars across time in my work.

If each film is an experiment, then I have learned from each of them and will make my next film in response to what I gleaned from the prior. There are growing urgencies environmentally, but there are also changing audiences, less or more receptive to certain ideas, to which I'm sensitive.

I see myself and my work evolving as the conversation shifts around me, in film and environmental science. 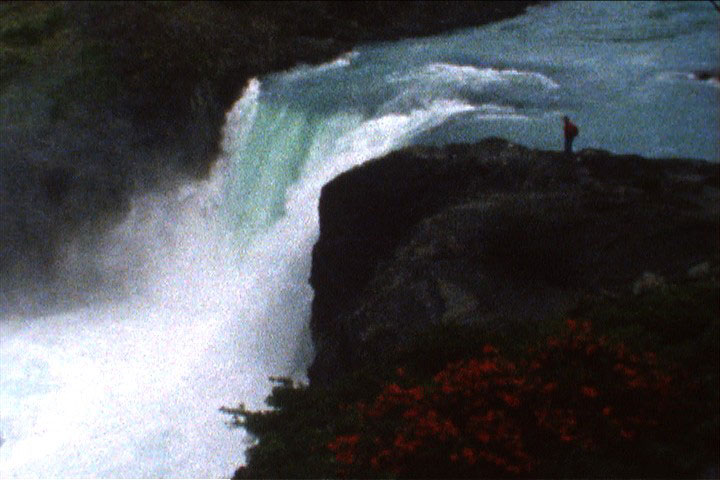 Waterfall - What Part of the Earth is Inhabited (2009)

What are you working on now? Any teasers, images to pique our curiosity.

A few new pieces are about ready to come out, including a follow-up to A Net to Catch the Light, as part of a trilogy that I'm calling OUT OF CHARACTER.

The new piece takes its name from the Mandarin characters for "endosymbiosis," which I'm translating as Inside the Shared Life. I'm also working with filmmaker, writer, and archivist Gina Telaroli to co-direct a film The Making of Monte Verita that is a hybrid narrative and documentary work responding to the life and writing of Daphne du Maurier. 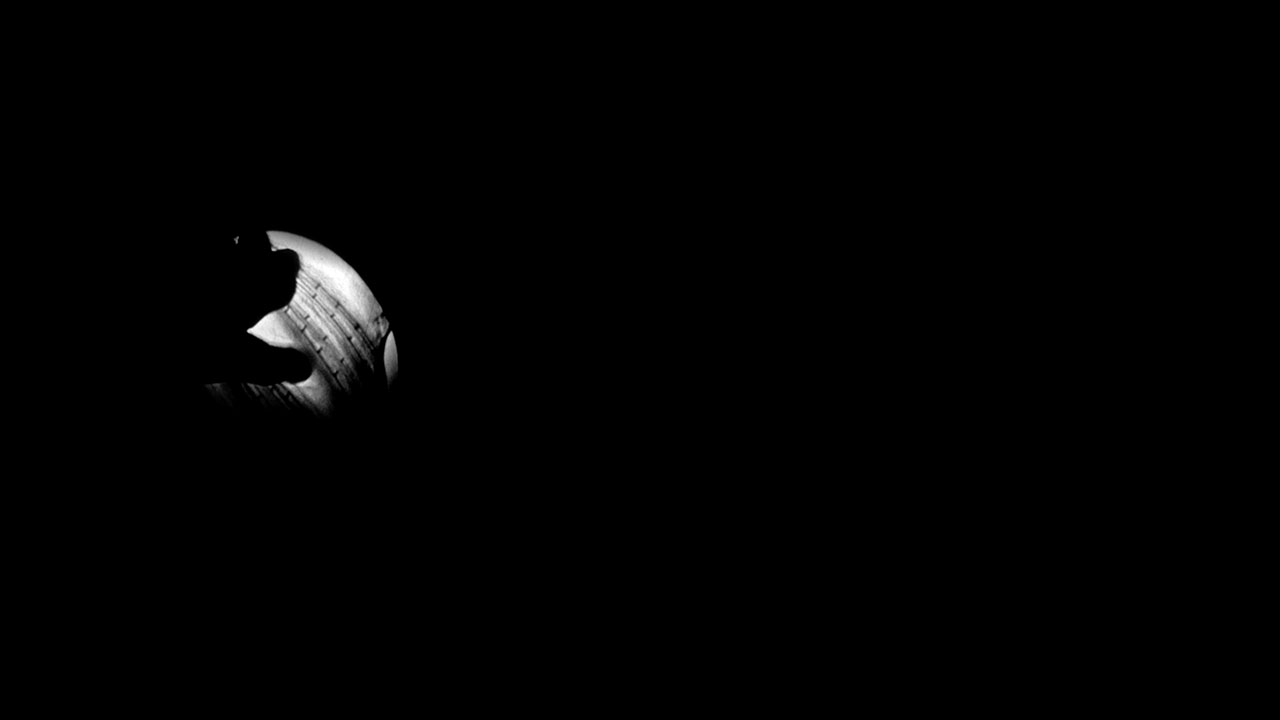 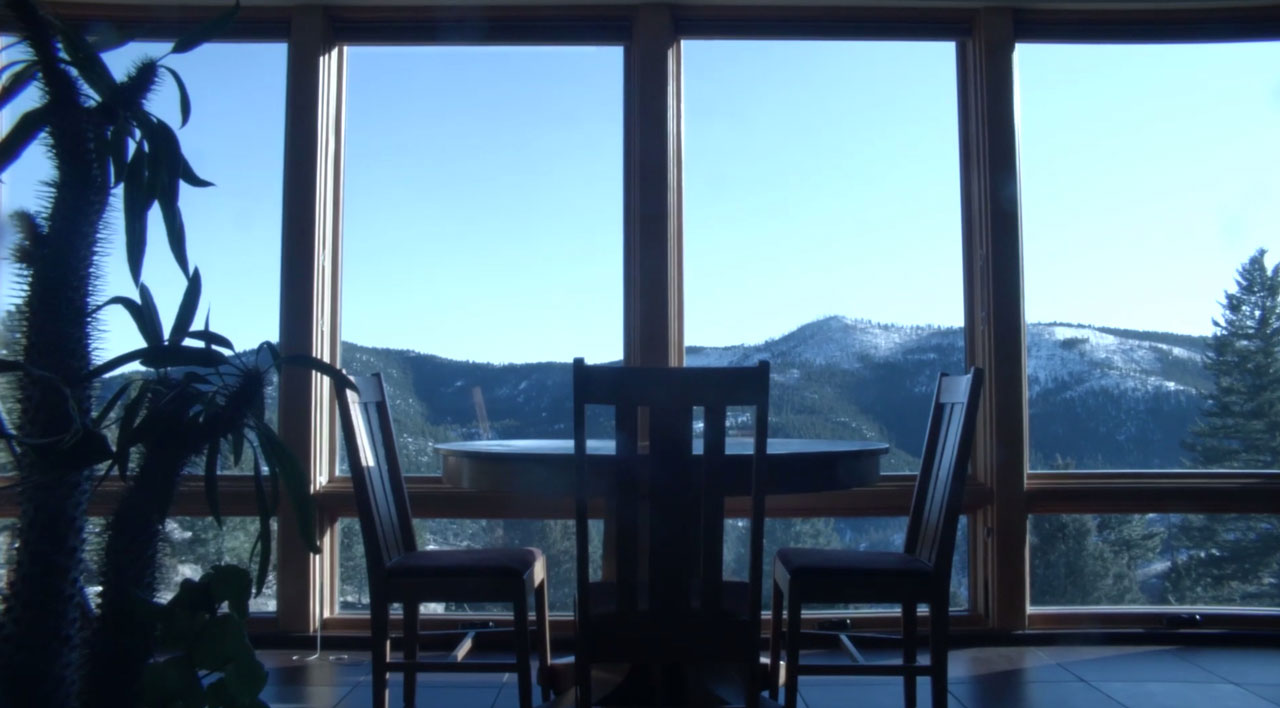 Interior from The Making of Monte Verita (co-directed with Gina Telaroli, in post-production, 2017)

Erin Espelie is a filmmaker, writer, researcher, and editor, whose films have shown at the New York Film Festival, the International Film Festival Rotterdam, the Natural History Museum in London, Anthology Film Archives, the British Film Institute, CPH:DOX, the Imagine Science Film Festival, the Copernicus Science Center in Warsaw, the Full Frame Documentary Film Festival, the San Francisco Museum of Modern Art, and more. She currently serves as Editor in Chief of Natural History magazine and works at the University of Colorado Boulder as associate director of the Center for Environmental Journalism and an assistant professor in Film Studies & Critical Media Practices.