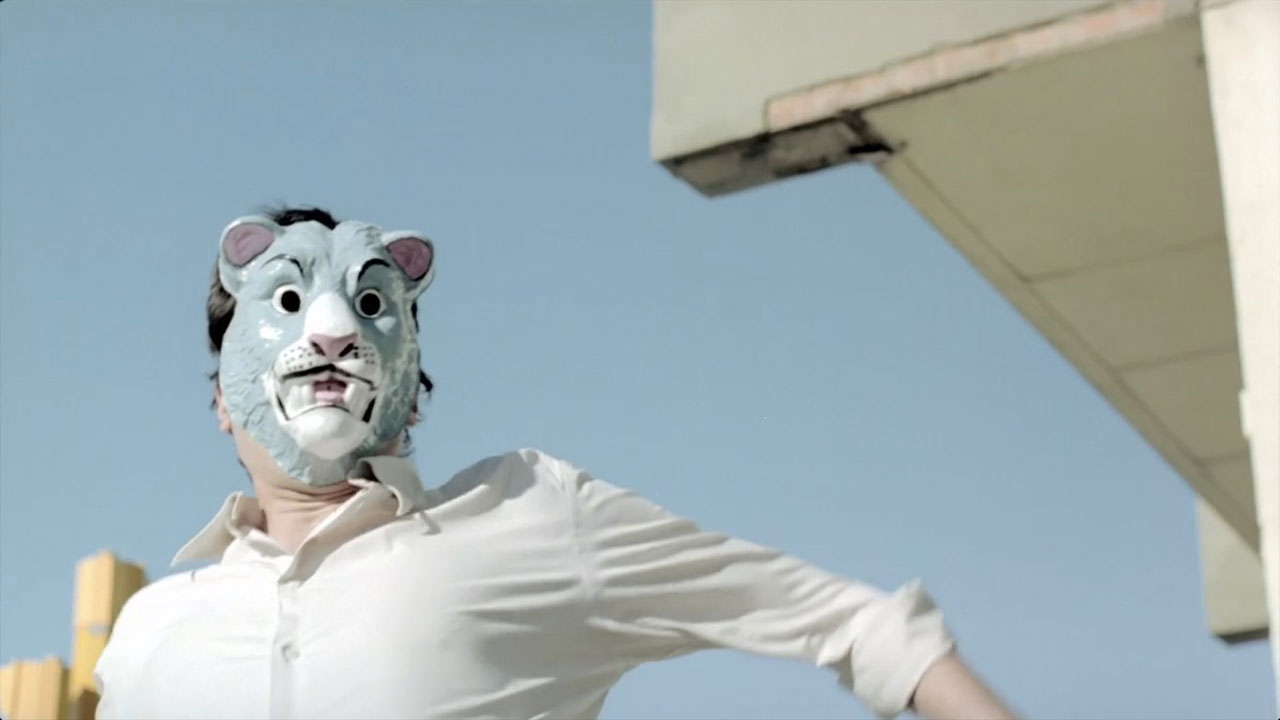 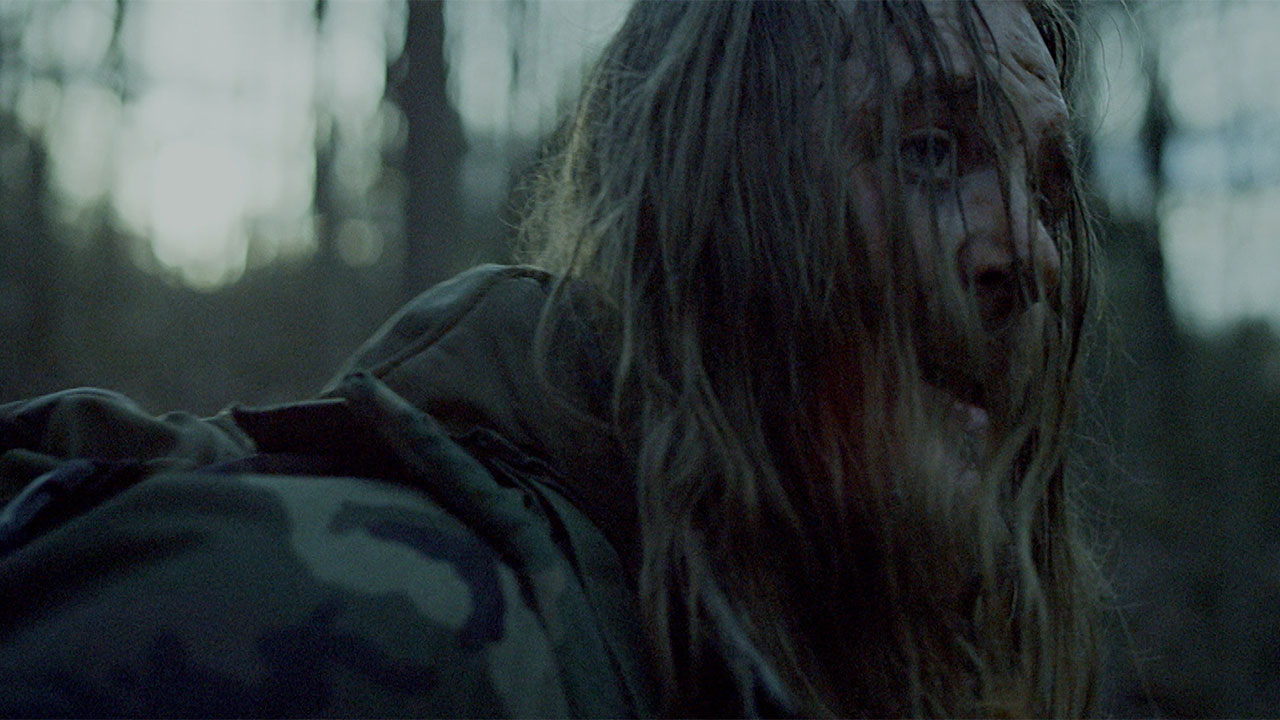 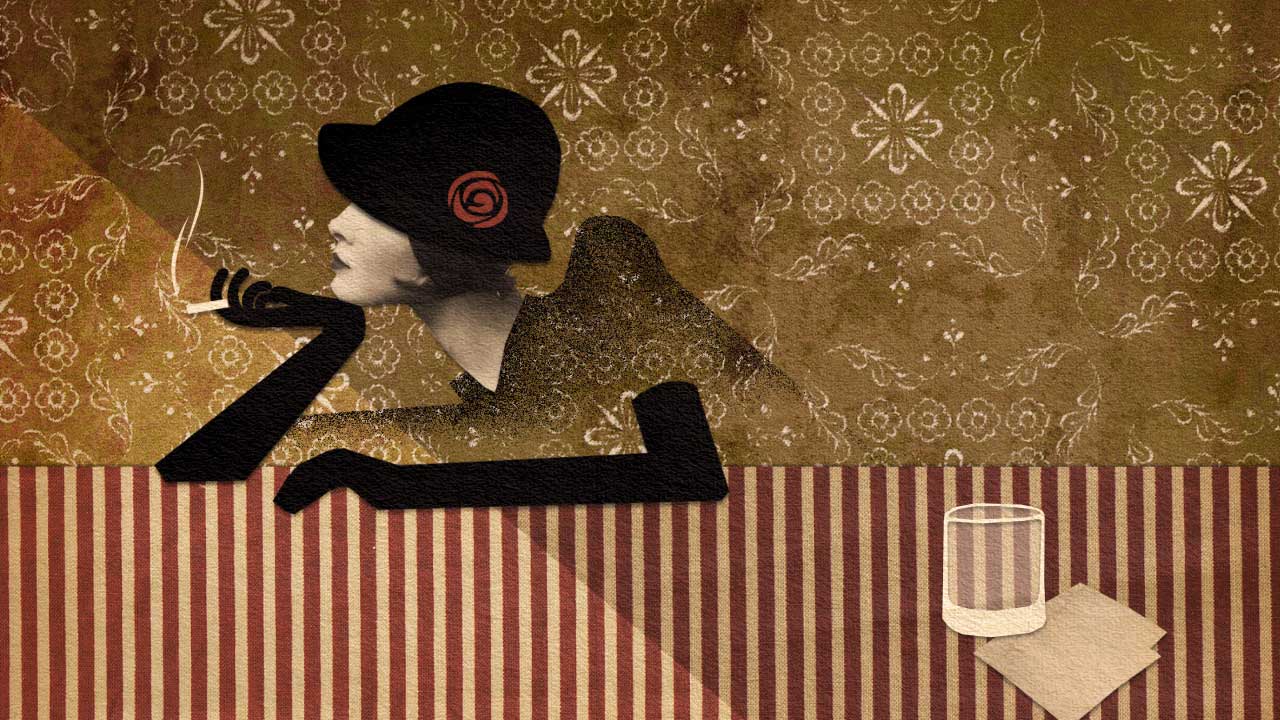 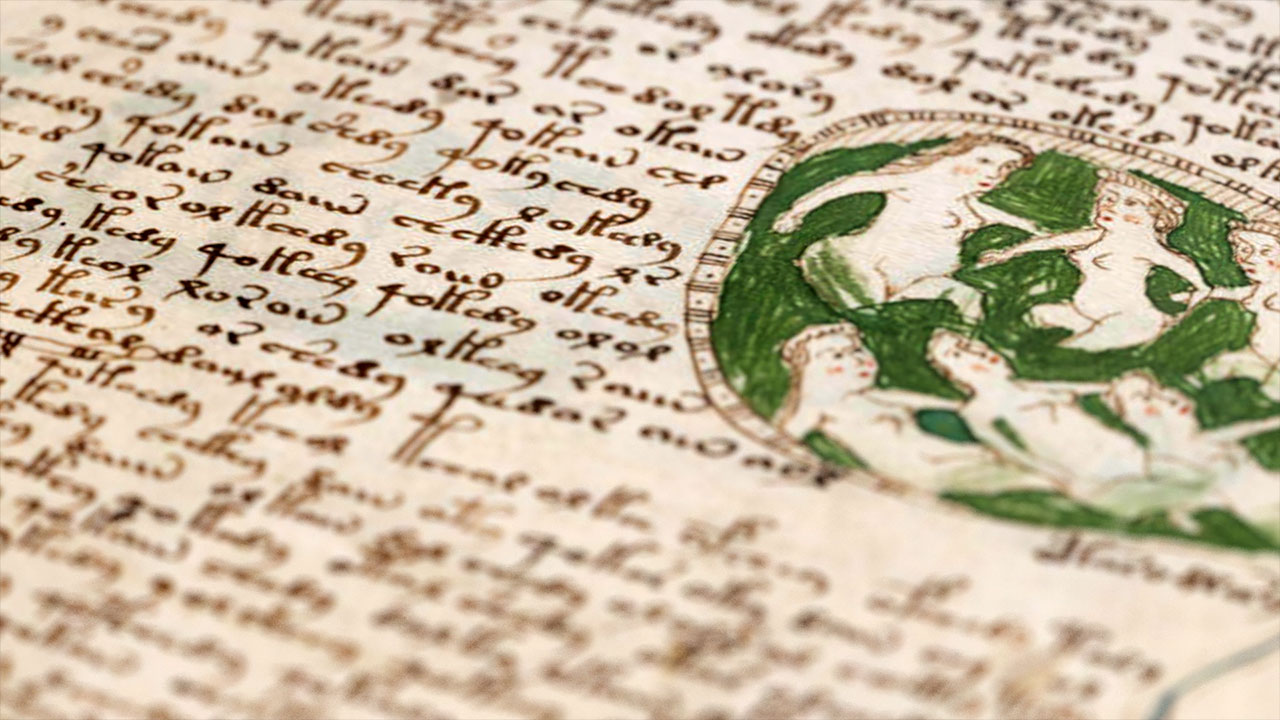 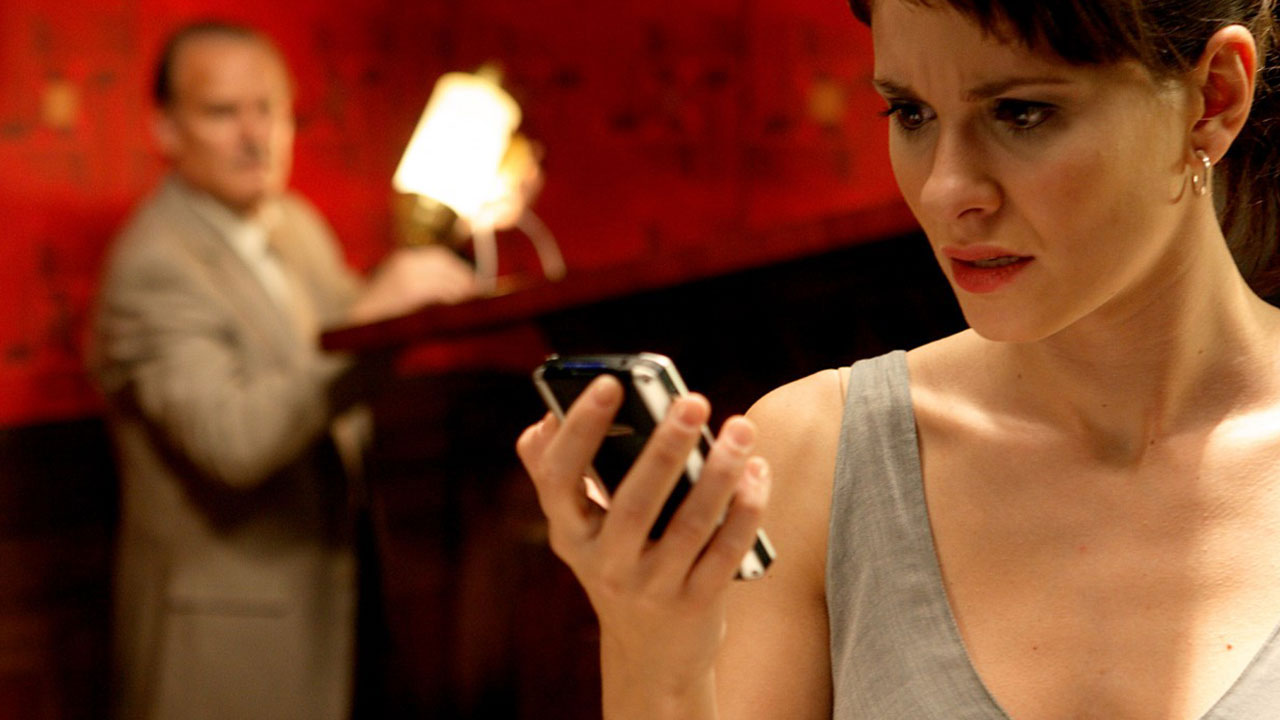 Movies have always had codes, simple signals that economically convey meaning for the audience. For example, if a scene opens with an exterior of a house, then it shifts to an interior, the audience knows that it is seeing the interior of the house that it just saw.  We have learned these cinematic codes--or conventions--through consistent repetition, and it’ the job of these codes (at least in conventional narrative cinema) to make the story progress efficiently. Because two-hour films often tell stories that last weeks or even years, there has to be a language that makes these stories concise. A fade to black, an establishing shot, or even something as corny as a calendar montage sequence is used to make each image count toward the resolution of the narrative.

As such, codes make movies easier to understand and more narratively consistent. Hollywood even pushed these codes to the forefront of film with a spate of puzzle movies in the 2000s; Inception, Fight Club, and Shutter Island all have puzzles within the story that are analogous to the cinematic codes. In these films, if we solve the puzzle, then we “solve” the meaning of the film.

But what about films with more deviant codes, or films in which identifying signs don’t propel the narrative or lead anywhere at all?

In Raúl Ruiz’s 1978 Hypothesis of A Stolen Painting, a collector/investigator creates famous scenes from paintings as human tableaux vivants to solve a mystery. In examining these living still lifes, the collector sees codes everywhere, claiming that the recreated “paintings” make visible a secret cult that has been operating, fanning out in circles to intercede in a myriad of famous historical events. Ruiz’s mystery, it seems, is an event that cannot be solved but rapidly turns into the larger puzzle of history. In this film, codes don’t solve puzzles but extend and produce them. Images connect with other images that lead into tangents that go nowhere. As such, the pleasure of the film lies not in the answer to the code but in the way that codes proliferate.

Even forty years later, films still use their cinematic codes and conventions to explore those questions of history that Ruiz proposed. While cinematic codes can help audiences solve puzzles and gain closure, they also let some films answer questions with questions, leaving space to explore the nature of coded systems. 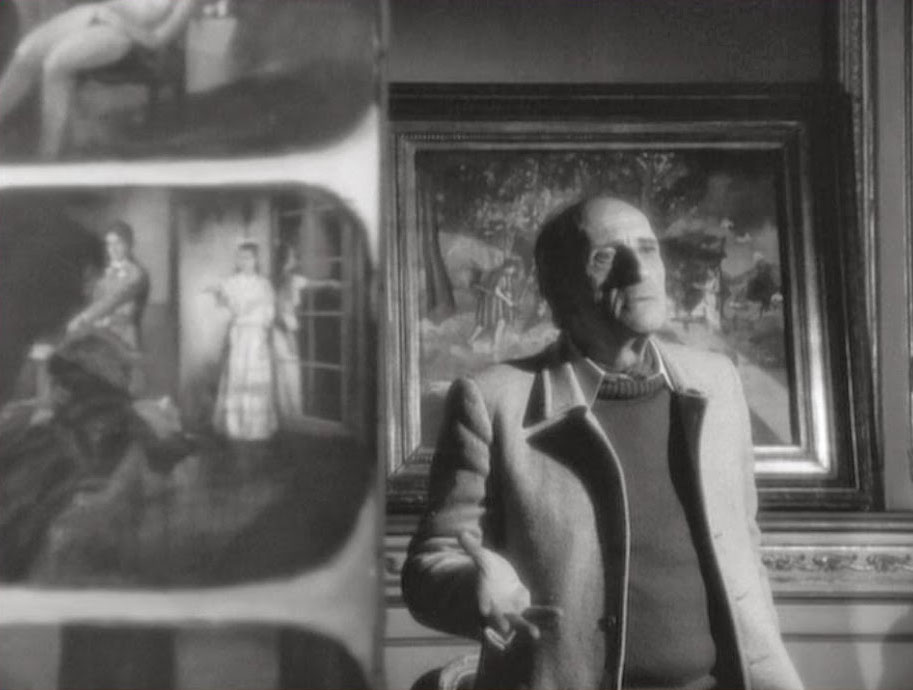 Although The Voynich Code (Thiago Marconi, 2017) is a documentary in the conventional sense, it nonetheless imagines codes not as solvable but as indicative of larger mysteries and more complex history. In the short documentary, Brazilian scientists explore how we can know that the Voynich code is a language, even if we can never really know what that language said. The eponymous Voynich code was found in 16th-century manuscript in 1912, but no cryptographer, scientist, or linguist has ever been able to meaningfully translate it. While the film does decode the text, it explores how we can know it has the structures of a natural language. Even as it solves one question, the film nonetheless steeps the text in history and myth, underscoring the ways that a code’s meaning may not be as generative as the stories that have historically surrounded it.

The Thomas Beale Cypher (Andrew Allen, 2010) uses another famous unsolved code as a catalyst for the pleasure of hidden messages. In the animated piece, a fugitive from the federal government hides on a train. A code breaker—who may or may not have solved the historical Thomas Beale Cipher—must escape the train with his work before the government finds him. The film’s rotoscoping and layered patterns play with the visuality of codes. Tweed-clothed figures stand still while their patterns move backward, while the animation’s film-like scratches and aberrations gesture toward the possible layers in film, code, and real life. But, most interestingly, The Thomas Beale Cipher give us the pleasure of an unexpected code—instead of solving the puzzle, the short film gives us one more.

The feature-length Fermat’s Room (Luis Piedrahita and Rodrigo Sopeña, 2007) also has to do with an unsolved puzzle, although in this case, the puzzle is an unsolved number theory. In the film, four supposed strangers (one of whom has solved Goldbach’s theorem) try to escape a room by solving puzzles. As the walls literally close in on them, the four learn that they have closer connections with each other beyond math. Despite the fact that the film’s narrative revolves around codes—and comes across like many thrillers of its time—the codes actually have very little to do with the story. In fact, the film’s answer is not so much a puzzled code as a gesture of chance. By having code and story parallel each other but never really intersect, the film avoids the idea that films are riddles to be solved, instead of building code upon code to suggest that even math doesn’t provide neat answers.

Whereas in La huida (Victor Carry, 2011), the film highlights the codes by giving the audience a veritable sheaf of Chekov’s guns, of which only some of them go off in the short film’s “third act.” The movie begins in frozen time, with a detective-like narrative explaining explain the origin of the objects and people in the immediate area and how they came to be there.  As the narrator describes the small gestures, discrete objects, and general detritus of the area, he gives each of them a detailed history. We see the clues before we understand the puzzle that we need to solve. Like Hypothesis, La huida explores the inconsequential machinations that lead to events, noting that every event is a rhizomatic network of mundane histories. 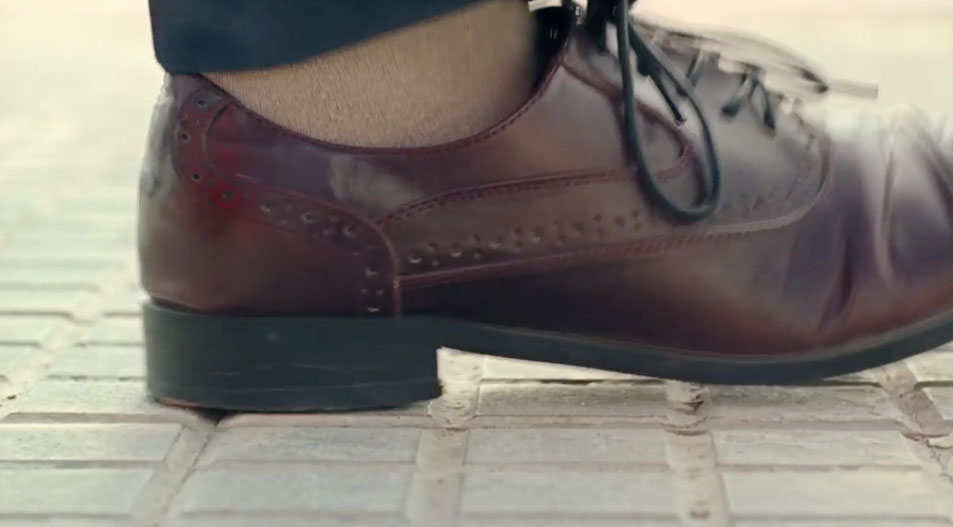 Finally, The Devil’s Damned to Try  (Marshall Burnette, 2014) doesn’t necessarily overtly speak to codes or puzzles, but it does use cinematic code to create the work’s puzzle-like structure. The film tells two parallel narratives: one of a hunter on a trip and the other of that same man, whose life has taken a downward spiral. The film links the two linear segments through interlocking cinematic strategies. As Burnette notes, “We didn’t want the audience to think we were cutting through time randomly but that they were watching the story in linear order, just two separate timelines that meet in the end. In order to separate the two timelines, we used a simple trick… everything before the [incident] is stable (tripod, Steadicam, dolly) and everything after… is handheld. By interweaving the two narrations, however, the film uses its puzzle-like structure to gesture toward the film’s fatalism, part of a consistent thematic struggle between fate and free will that often crops up in American storytelling."