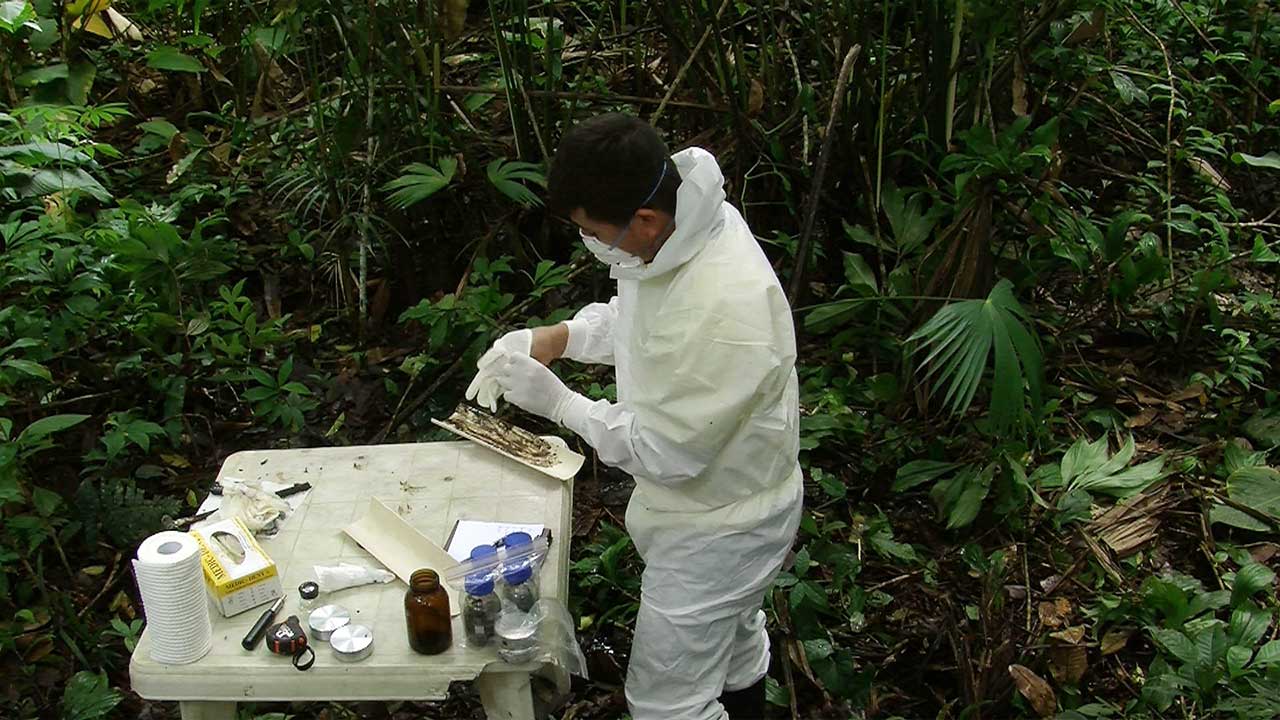 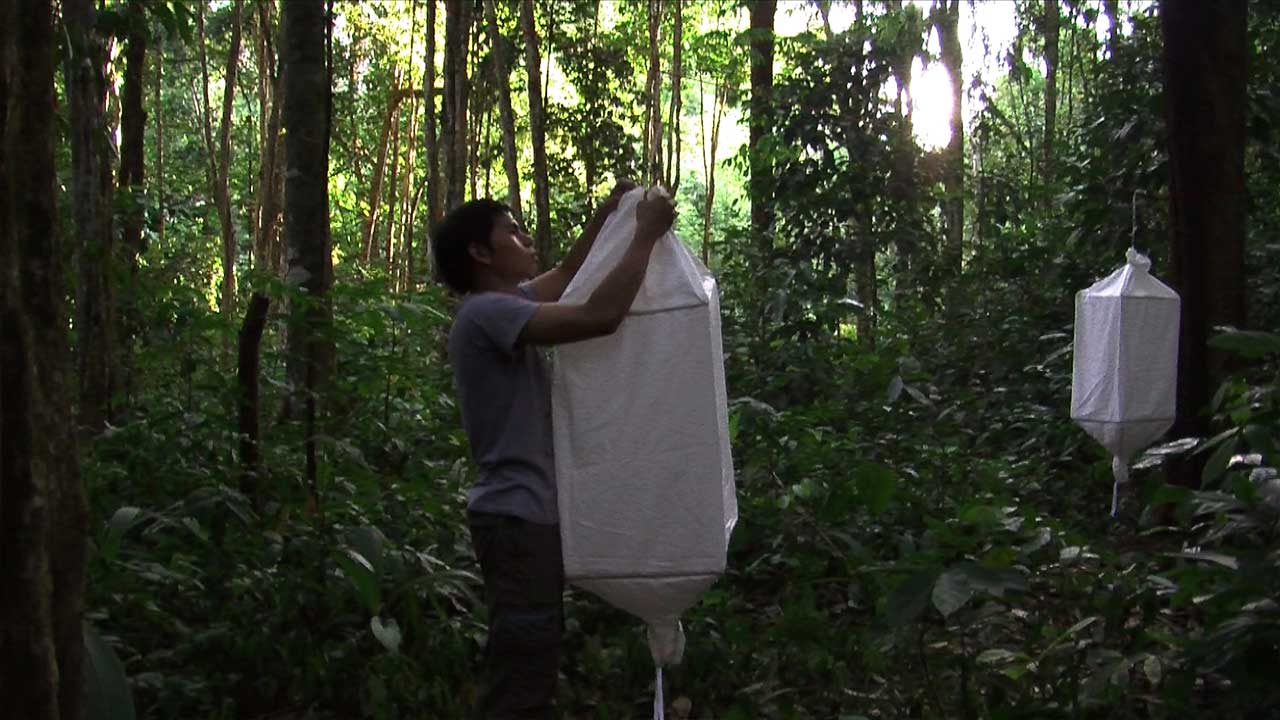 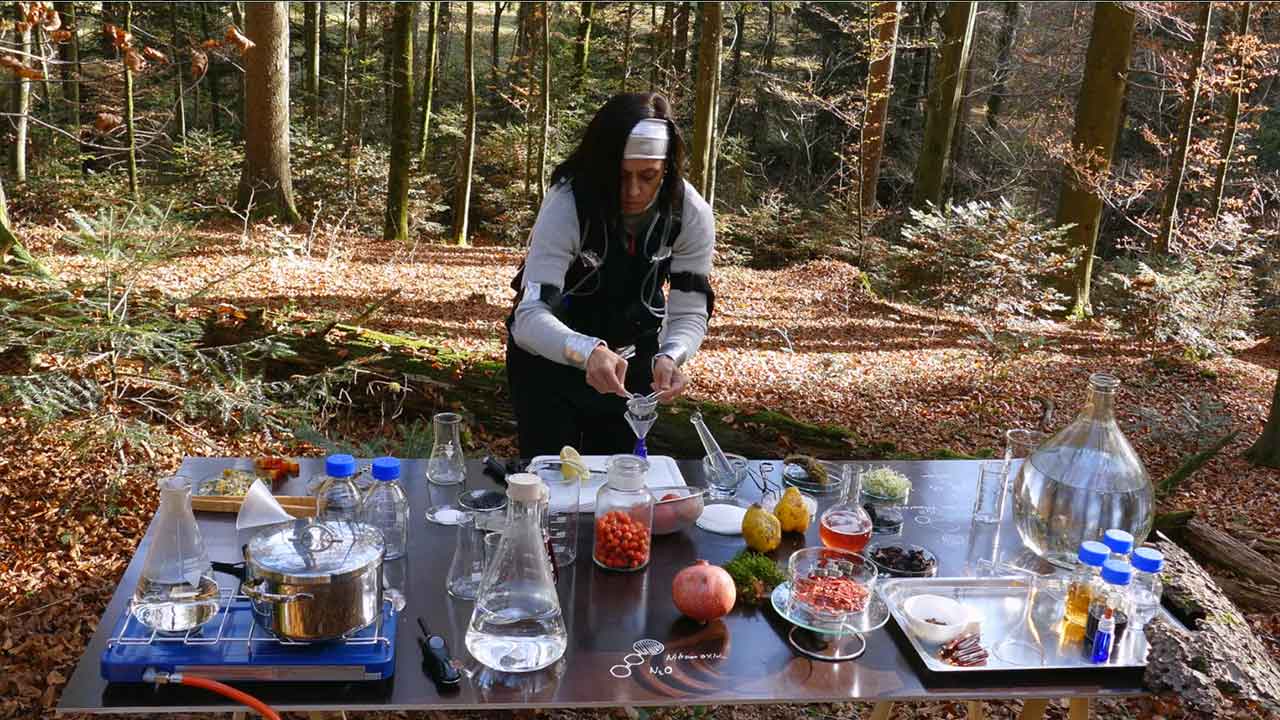 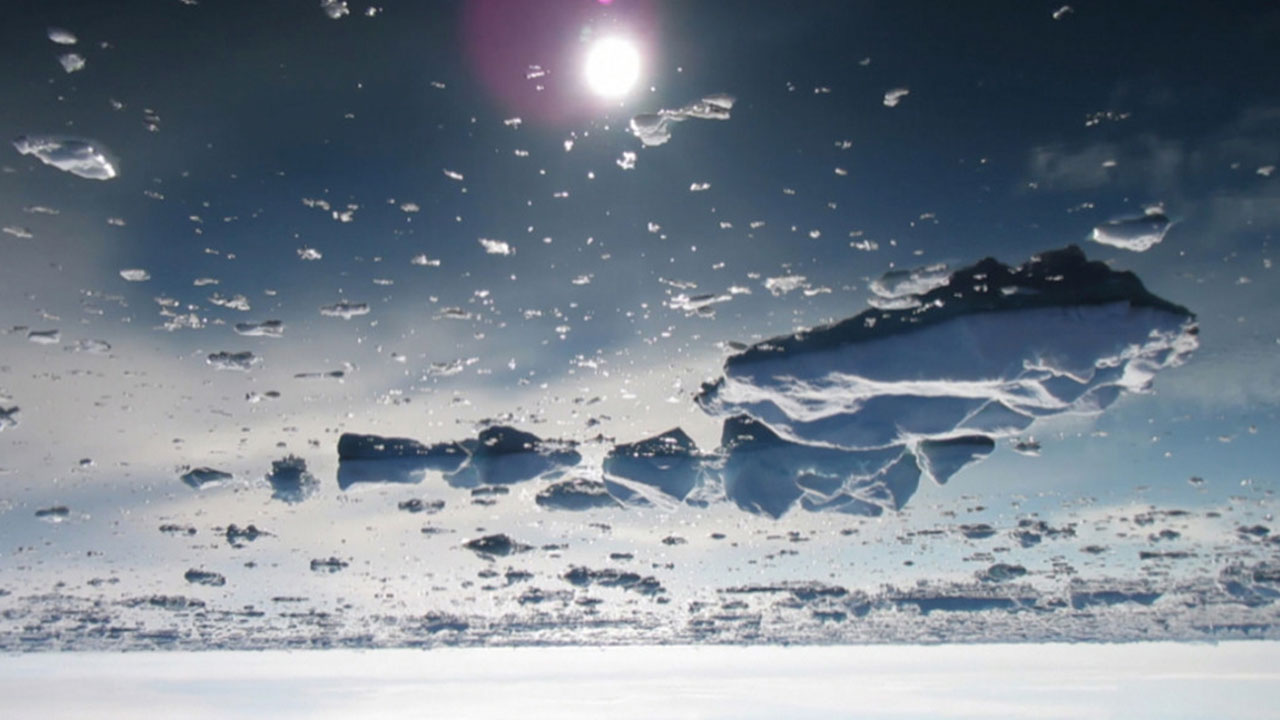 I am a video artist exploring the relationship between humans and Earth under the changing planetary conditions of global warming. My artistic practice is strongly research-oriented and involves fieldwork in remote locations where I investigate the ecologies of oil, forest, ice and water. I'm particularly interested in ways of imaging the globe differently, drawing out connections at the limits of representation.

The question I address in Subatlantic (2015), for instance, is how humans and other species collectively attune to the idea of an unstable living environment where our very subsistence is uncertain. It is as much about the physical and natural environment as it is about the psychic space we inhabit because the transformations occurring in the atmosphere affect not only the physical but also the mental climate on earth.

They force us to think ecologically and expand our notion of time. To get into this different mode, I shifted the speaking position of the voice over to an imaginary submerged Atlantic location from where a post-glacial, pre-modern narrative unfolds across the millennia of our climatic period of the Subatlantic. Thus the video takes on the form of science-fictional poetry. I have been particularly interested in oil and water because these two primordial fluids activate profound changes in the planetary ecology. They operate as a medium that records human history. At the same time, they store the chemical alterations that the planet is performing. Oil and water are time-based media so to speak, similar to video.

Climate change is a vast and difficult to conceive concept, a real hyperobject, for all we see are its footprints. Art can give some entry points to make this hyperobject more accessible. Art can play a role in conveying the immaterial and somewhat spectral nature of climate change, for instance by bringing remote and apparently unrelated locations to interact on the same visual plane.

That’s what Deep Weather is doing by drawing the connection between the relentless reach for fossil resources in the Alberta tar sands and the consequences this has for indigenous populations in the remote deltas of the world; By engaging the Earth as a closed system. Forests are the focus of two other projects I have realized over the last years. One of the research trips led me to the Amazon, the other to Southern Borneo. In conversation with indigenous tribes, it struck me that in contrast to their integrated cosmology, nature, life forms and their ecologies are treated by the world legal system as mere property, while entire living systems of the Earth are legally invisible. There is a direct connection between our nature-related legal system and climate change.

Here, forensic researchers are taking soil samples of an area of the tropical rain forest in the North of Ecuador where Texaco has spilled the toxic byproducts of oil drilling into open pools in the 1970s. So what unfolds in this remote corner of the rainforest is of worldly importance. What moves to the foreground of our intellectual attention are the most material concerns.

The role of the indigenous scientist, embodying an engaged form of scientific field research, has become increasingly important in my work. The murky evidence he brings to the surface speaks of the perishing of life worlds with whom the law has no relationship, and it speaks of an active materiality with which we want to reconnect. The inaccessible forests in the heart of Borneo are one of the world’s final frontiers for scientists. From every expedition, adventurous biologists bring back hundreds of unknown species of spiders, beetles, snails, termites and flies.

The biodiversity in the rainforest is so dense that a single tree can host 950 different insect species. About a fifth of them coevolved with that specific tree and would not be found in other tree species. Setting out to generate a sensorial experience that would respond to this insane biodiversity, I wanted to better understand the role of our interaction with the forest through the mediating instruments of microphones, camera and a low-tech Steadicam.

Parallel to this, I was looking at how biologists go about making sense of these forest ecologies by using specific equipment for insect research, wondering whether the ideas that inspired our work were at all applicable to scientific methods and interpretations today. The sensing and sense-making of nature is conducted simultaneously through audiovisual and entomological instruments.

Consonant with a sonic knowledge of nature, scientists are no longer only identifying individual species. Increasingly, they examine the ensemble of living things, plants, insects, fungi, and other organisms and transcode them into a web of genetic text. Their methods seek to describe entire genetic assemblages as fluid relations.

The video narrative likes to suggest that art and the humanities are guiding scientific methods; specifically that the ecological understanding of nature has directly impacted the interpretive work of field scientists. It likes to see the commonalities between the humanities and natural science, where efforts are made to converge scientific forms of explanation with the apparition of living things themselves. Ursula Biemann in the Ecuadorian Amazon

Twenty-One Percent (2016), a collaborative video with performance artist Mo Diener, explores changes in the atmospheric composition of the earth while experimenting with narrative forms.

Like in some of my previous videos, the experimental nature of the form and delivery of the narration is in direct connection with the unimaginable scale of alterations that are in store for humanity and the highly speculative mode in which we can engage them at this stage. It is fairly easy to access vast amounts of scientific data about the climate and environment, but the explanation of data alone cannot help us to understand the magnitude of change ahead of us.

Aesthetics that are capable of reaching the imaginary will be necessary, and these often court the fictional. Strangely, what’s at stake now is producing the need to create fiction about the most material dimension of our living conditions.

Twenty-One Percent (referring to the amount of oxygen human consciousness depends on) is a small formation history of atmospheric chemistry. In the midst of the oxygenic forest, a science-fictional performer manipulates a multitude of ingredients—minerals, forest fruits, liquids, granulates, and extracts. Sporting a bodytech suit for feeding and monitoring the metabolic processes of her body, the performer lays out the concept of cosmic cooking right there, in this forest laboratory.

Twenty-One Percent ranges between cosmos and kitchen, highlighting the minerals that come from deep space, forming the materialities and processes by which human and other organic bodies are kept alive.