A Haunting Exploration into the Nature of Memory 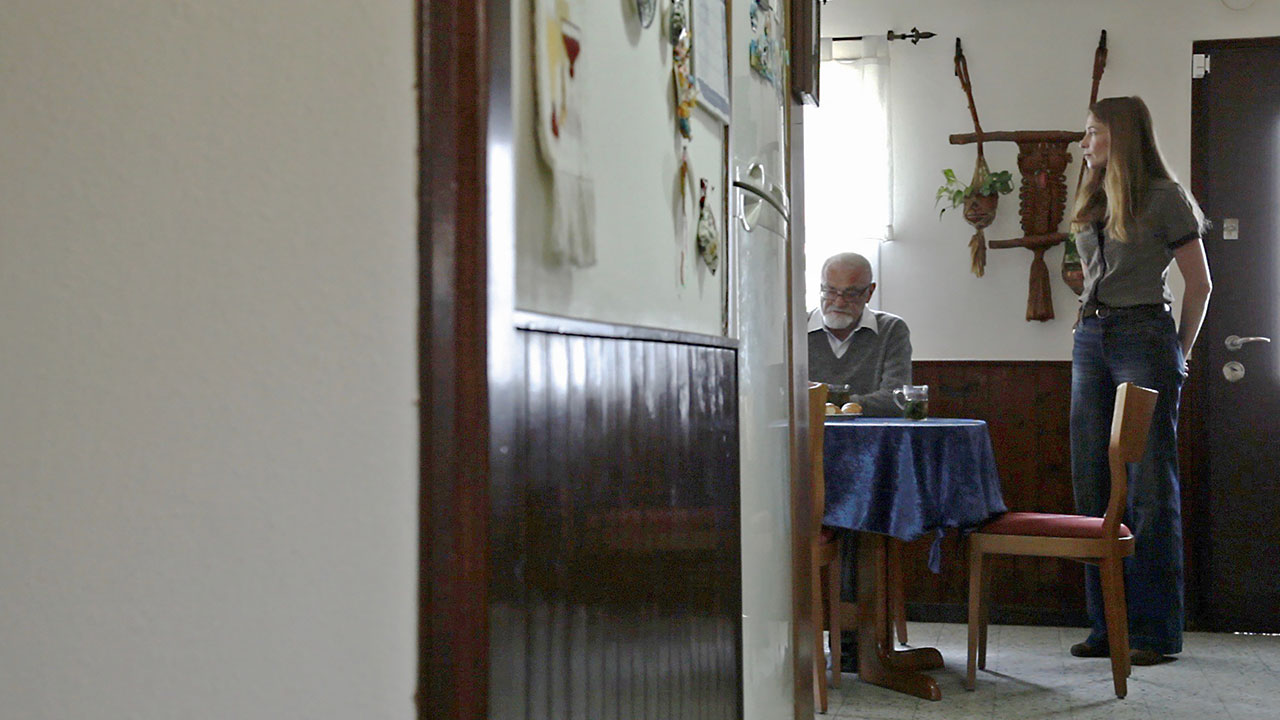 Reconsolidation begins with a clinical look into a neurological experiment as neuroscientist Dr. Daniela Schiller, labors to discover the key to rewriting fearful memories — reconsolidation. From Daniela’s research laboratory in New York she begins her personal search and returns to her native Israel to compel her elderly father to reveal his Holocaust remembrance for the first time. What follows is a haunting exploration into the nature of memory, its power, its vulnerability, its promise and its generational effect. The film depicts the science of memory. It shows how research on the biology of memory reveals the dynamic nature and fragility of emotional memories.

We sat down with neuroscientist Daniela and filmmaker Liron to hear about their collaboration in making this film and embarking on this trip down memory lane. 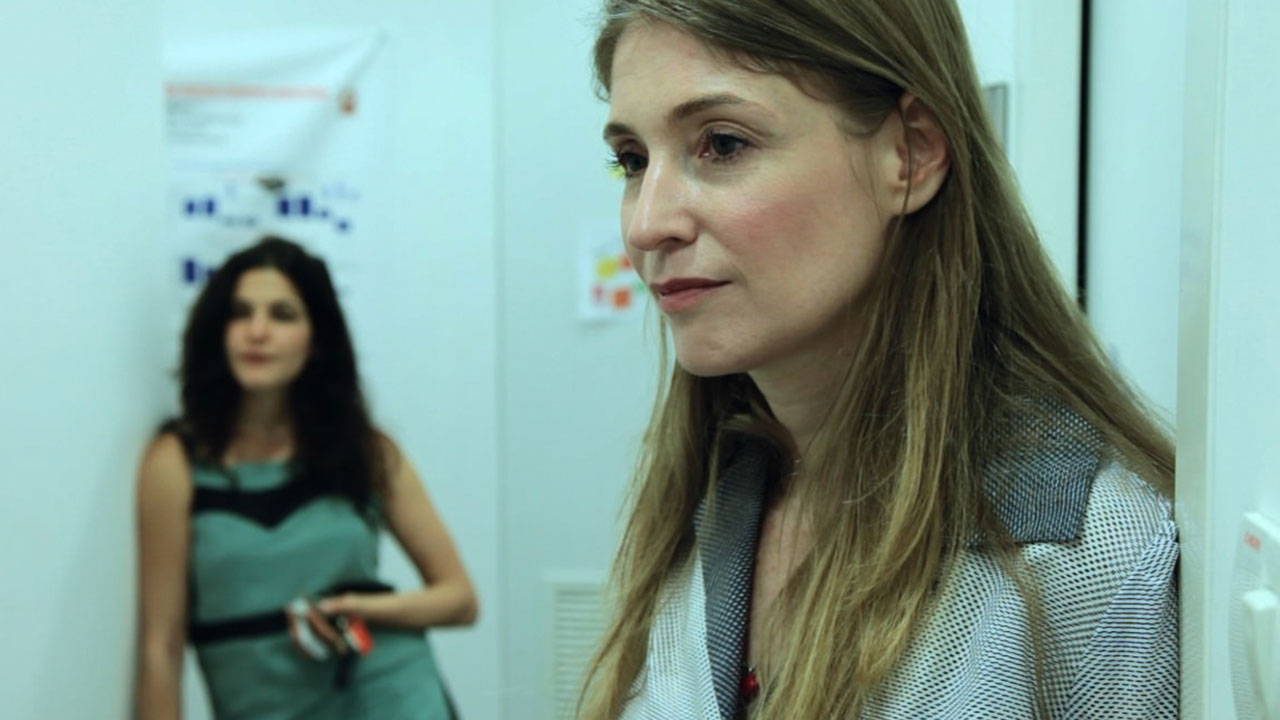 Tell us about the early days of your collaboration and meet-up?

Daniela: We met through a mutual friend who said: “you have to meet!” Liron was working on the second installation of the Ripple Project series, and I came to the premier of Episode 2: Shared Memory. I found the movie extremely deep and moving. I talked to Liron afterwards about a short story I created about my research on fear memory and my (failed) attempts to communicate with my father about his Holocaust memories. Liron later listened to the story (told on The Moth) and decided to turn this into the third episode of the Ripple Project.

Liron: When I met Daniela, I’d had already been working on the Ripple Project series for a few years. Even though the concept of the "rippling effect" of trauma had always been an overarching theme, I was having a difficult time wrapping my head around this one. When Daniela, nonchalantly, described her story my heart melted. It seemed like what I had been trying to tell all along. A humanitarian trauma occurred and successive generations have to bear the consequences. Daniela was rather taken aback with my immediate enthusiasm. I tried very hard to explain to Daniela why her life story would resonate with many. After a few days, she rolled her eyes and said: “go ahead…” 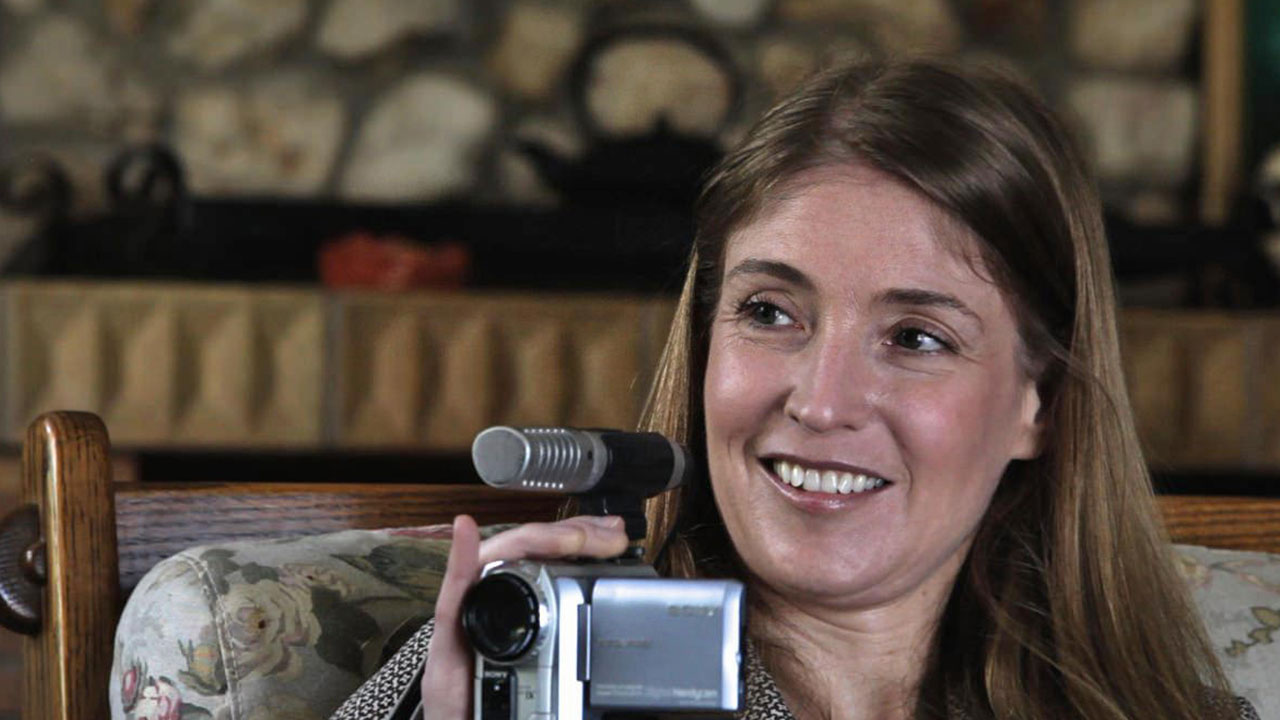 Liron, how did you translate the research on screen and what was your approach in following Daniela's life as a scientist/researcher?

Liron: My part does not seem like difficult one, I'm the storyteller - or rather story-re-teller. At first, I was science agnostic. I felt that the father-child transmission of pain and trauma was so powerful and universal that Daniela's research felt secondary. I set out to tell a simple story which suddenly evolved in unexpected ways. The science behind reconsolidation and Daniela's work slowly creeped into the fabric of the story. As if I was peeling an onion, each layer revealed more details. It was Daniela’s father actions (or lack of) which pushed Daniela to make life-altering decisions and ask questions about herself and him. The relationship with her father set her off on a journey to understand the mind and propelled her into the scientific research. She began to investigate in the lab the biological nature of fear. In the editing process, I also realized that reconsolidation of memory is “elastic” and yet a "continuous whole". As I paired scenes together, I was able to also understand Daniela’s realization that her father was keeping his memories buried in order to “protect” his family and the world at-large. These revelations caught on-camera have forever changed the way I work and approach my subjects. 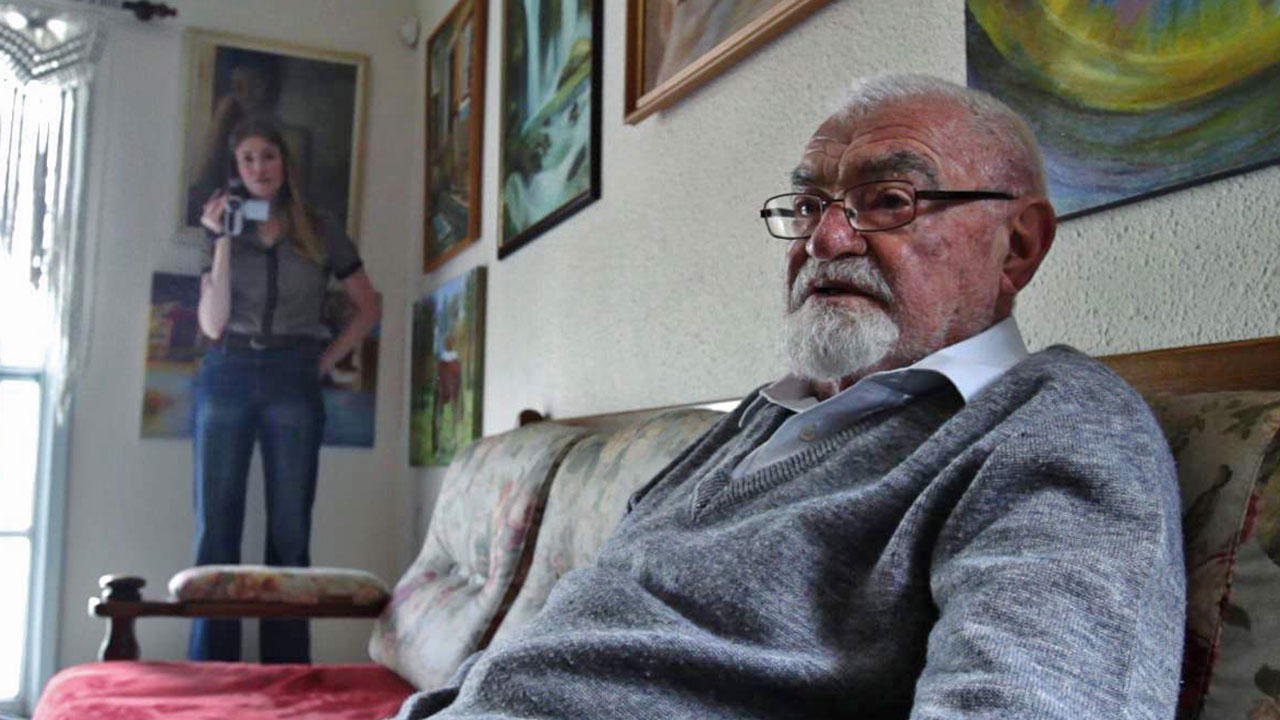 How is the film integral to the scientific research of reconsolidation by documenting the process of exposing yourself (Daniela) and revisiting with you father forgotten, fearful, repressed memories

Daniela: Research on memory reconsolidation tells us that memories are dynamic and ever changing. Each retrieval is an opportunity for updating and modification. The more we retrieve, the more we can add and shape our past memories. My father’s memories have been untouched for decades. The making of the movie somehow opened up a channel of communication, a bridge between my father and me, and for the first time he shared his memories. This experience fundamentally changed my relationship with my father as well we my memories of him, just as the science of memory predicted. ​

How do you think your film can speak to a broader audience and aligns with the current sociopolitical climate where fear and emotional fragility are omnipresent?

Daniela: Many people experience a barrier when trying to talk to a loved one about their painful memories. Sometimes these memories are the hardest to share with the closest people. This can create a great sense of isolation. This documentary is a demonstration of how art and other channels of communication, can allow memories to re-surface. Another lesson that became apparent in the preparation of the movie is the great burden that trauma survivors carry to “satisfy” the horrors of past events, whereas sometimes it is really the most intimate mandate moments that hurt most.

Liron: Art, science and storytelling are the main themes of this documentary. Before making this film, my characters felt more like one-dimensional figures who expressed their ideas and experiences through their artistic practice. I made a film about a poet, a painter and an actress. With Daniela as my new heroine, the camera became a tool like a microscope that would enable us to open pandora's box and explore the dark caves of memory. 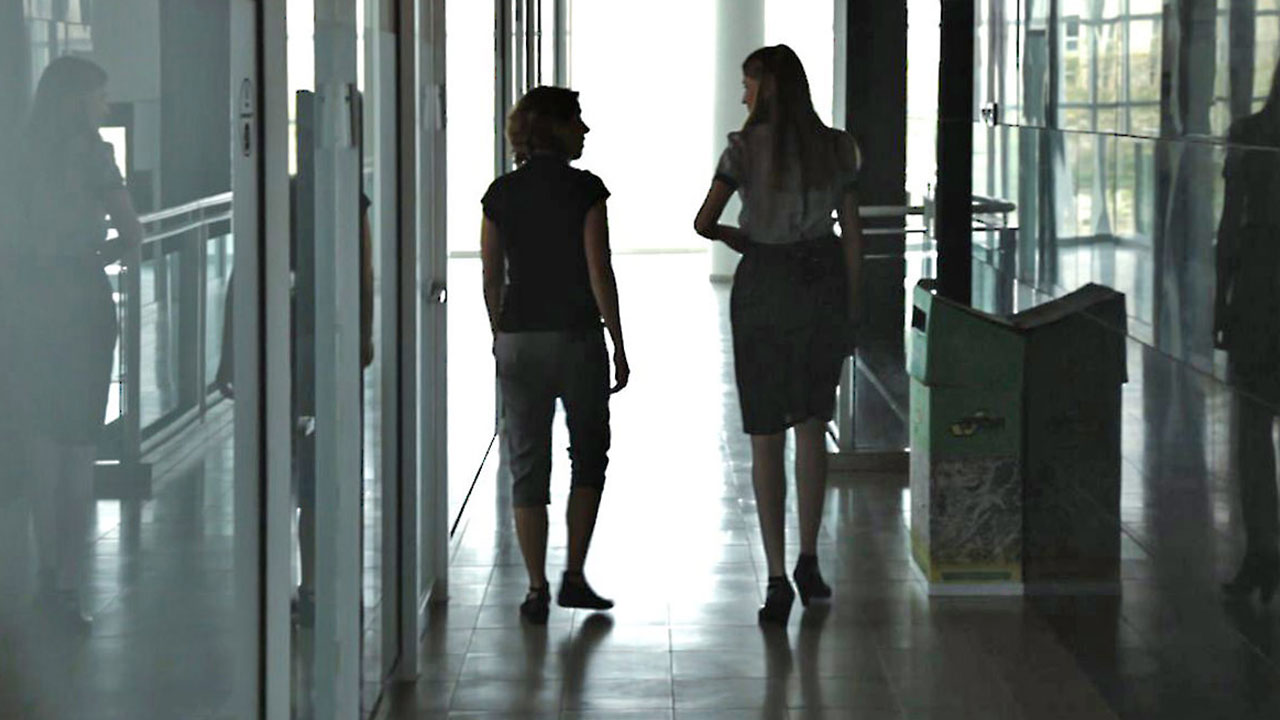 Can you share anecdotes about the making of the film?

Daniela: Because Liron visited my childhood neighborhood and was the only other person to hear my father’s memories, he essentially became part of the family. In Liron I found a (new) childhood friend.

Liron: The intimacy of the work that I do is a burden and joy that one cannot express in words. When Daniela’s father passed, I was heart broken as if I knew him and Daniela for years. I felt as if we had shared past. I accompanied a reporter from the New Yorker magazine to Daniela’s childhood home where we all saw together a rough cut of the film with Daniela and her parents. When the film ended, Daniela’s mother looked at her father in dismay and said: “I didn’t know you had a sister…” This was a private yet spontanous moment that will never forget. I have become part of this family’s past, present and future. The story that Daniela's father commnicated to us, to the camera, about his his sister’s short life, became a revelation for the entire family. 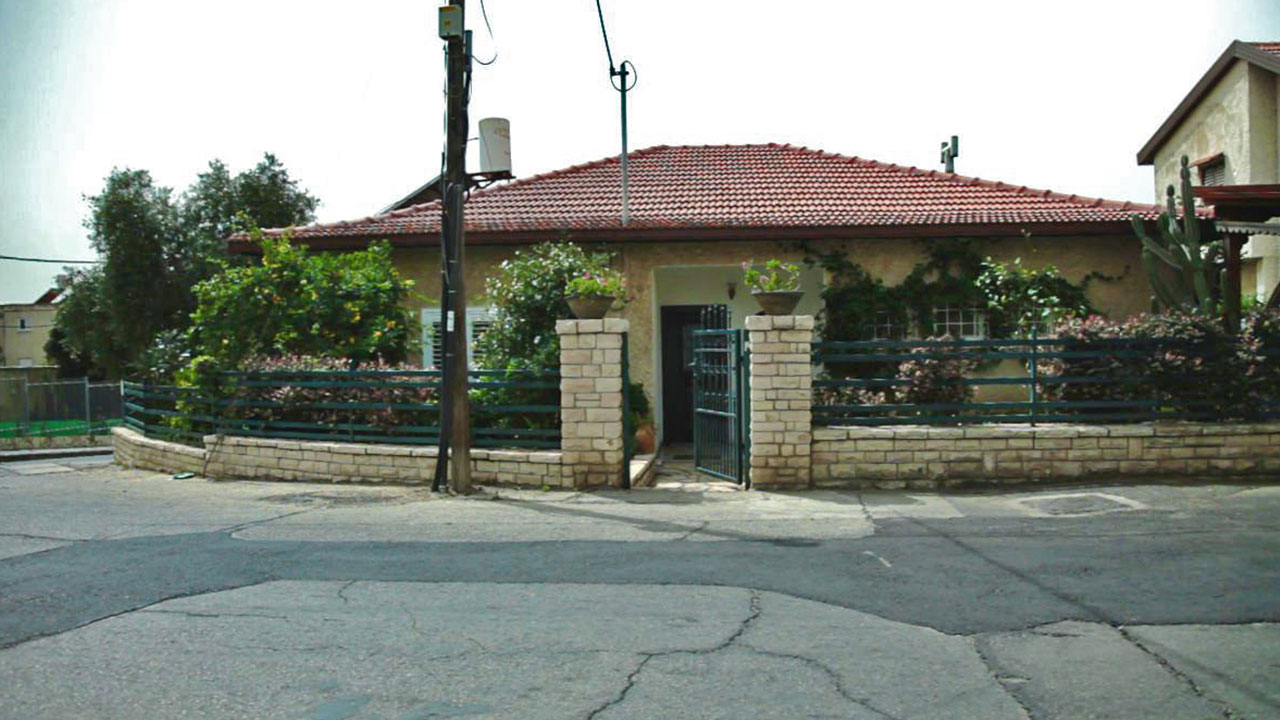 Daniela, what is the research focus in your lab these days?

Daniela: The research on memory reconsolidation suggests a possible avenue to access and modify traumatic memories. However, laboratory research is still removed from actual everyday real-life memories, we also still don’t understand under which conditions memories could be modified and why - we are now working toward a more elaborated understanding of memory reconsolidation.

Israeli-born cognitive neuroscientist best known for her research in the area of memory reconsolidation, or the process of re-storing memories after they have been retrieved. Daniela Schiller’s research combines insights from animal models with the study of human brain function to develop groundbreaking techniques for controlling fear. Although learning to fear environmental and social cues that predict potential danger is important, it is equally important that fear is flexible. A lack of flexibility of fear can result in the maladaptive fear responses that characterize anxiety disorders. Through her work, Dr. Schiller and her team have shown how the human brain alters its representation of fear with new learning and additional information. 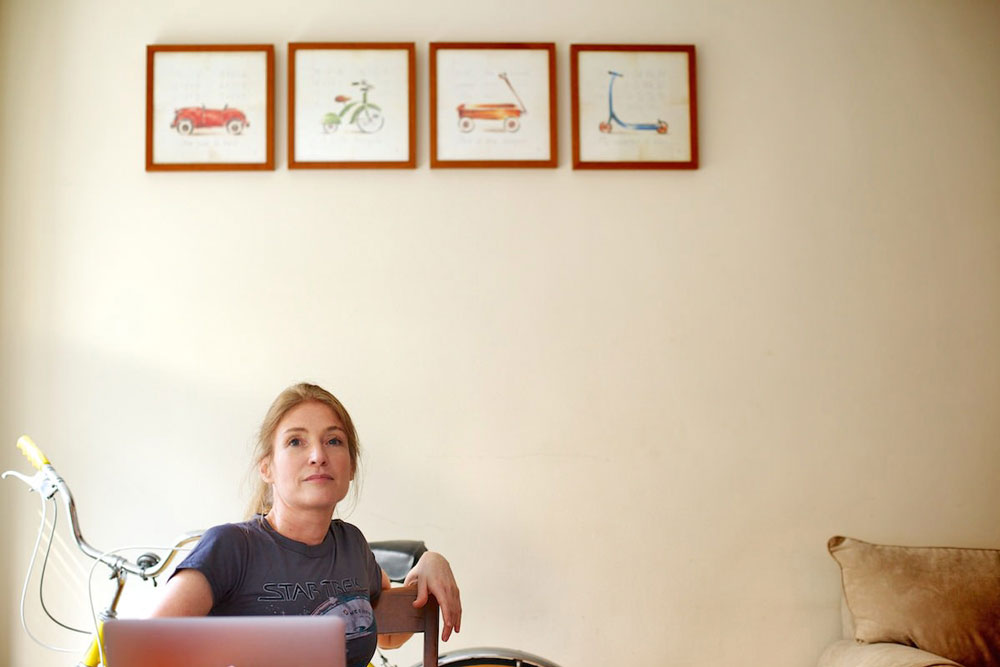 As a grandson of Shoah survivors the story of the Holocaust and its after effects have been present throughout his life. He is the co-founder and Director of The Ripple Project an independent media company that endeavors to connect audiences with stories of extraordinary events, momentous discovery and remarkable shifts. The project’s shot films have centered around the after-effects of the Holocaust with great critical success.  He is a graduate of New York University Tisch School of the Arts and has pursued the art of storytelling through various mediums. His resumé reflects his expertise in a variety of arenas — including award winning films, worldwide art exhibitions of collaborative work, participating in the design of the highest resolution 360° digital video array ever built and independent film productions. His independent and collaborative work has been featured on television, in museums and publications around the world. He lives and works in Brooklyn, NY with his wife, Sarit and their two young children, Leeba and Lavie. 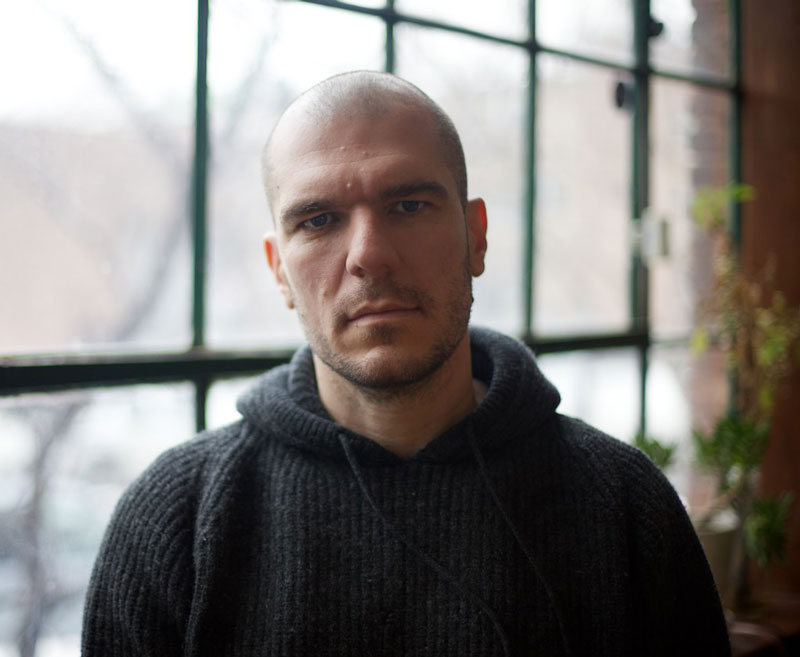