It has to be lived once and dreamed twice

Experiments in perception are being conducted in a wonderland of damaged images. It has to be lived once and dreamed twice commences with white noise and machine droning, gray video static and colorful distortion artifacts – in essence, with the beauty of electro-magnetic interference signals. Rainer Kohlberger conceived his work as a post-apocalyptic science fiction film, its story unfolding after the sixth great mass extinction has succeeded in wiping out the human race. A civilization of replicants bioengineered by Homo sapiens before they died out is now taking over the otherwise uninhabitable earth. A murmuring voice off-screen attests to this while reporting confusion over its own genesis and existence, time and again inundated by Peter Kutin´s multifaceted sound design.

The basis of this work is constituted by flashing phantom images and ghostly digital scenes in which water surfaces and natural sites are vaguely discernable as shadowy figures appear and disappear: Kindred to cinema, the ghosts in the machine make their perpetual rounds and serve as a distant reminder of the vanished human beings. Kohlberger´s permutating abstractions render kaleidoscopic and hieroglyphic textures and envision toxic landscapes. The viewer travels through cellular cultures or stellar nebulae, through microcosms that seem to mirror the macrocosm – the universe.

It has to be lived once and dreamed twice tells of the imminent hegemony of artificial intelligence, of mind and body, electricity and computer, spirituality and technology, and the age-old narrative of love and fear. “The mind is a strange loop”, reality is only an idea. A future world uninhabited by human beings provides perspective on an era of hysterical images. Was the world merely a lucid dream? (Stefan Grissemann) 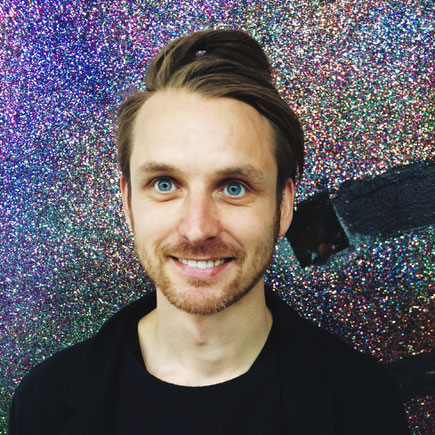