Why Haven't We Seen Visitors from the Future Yet? 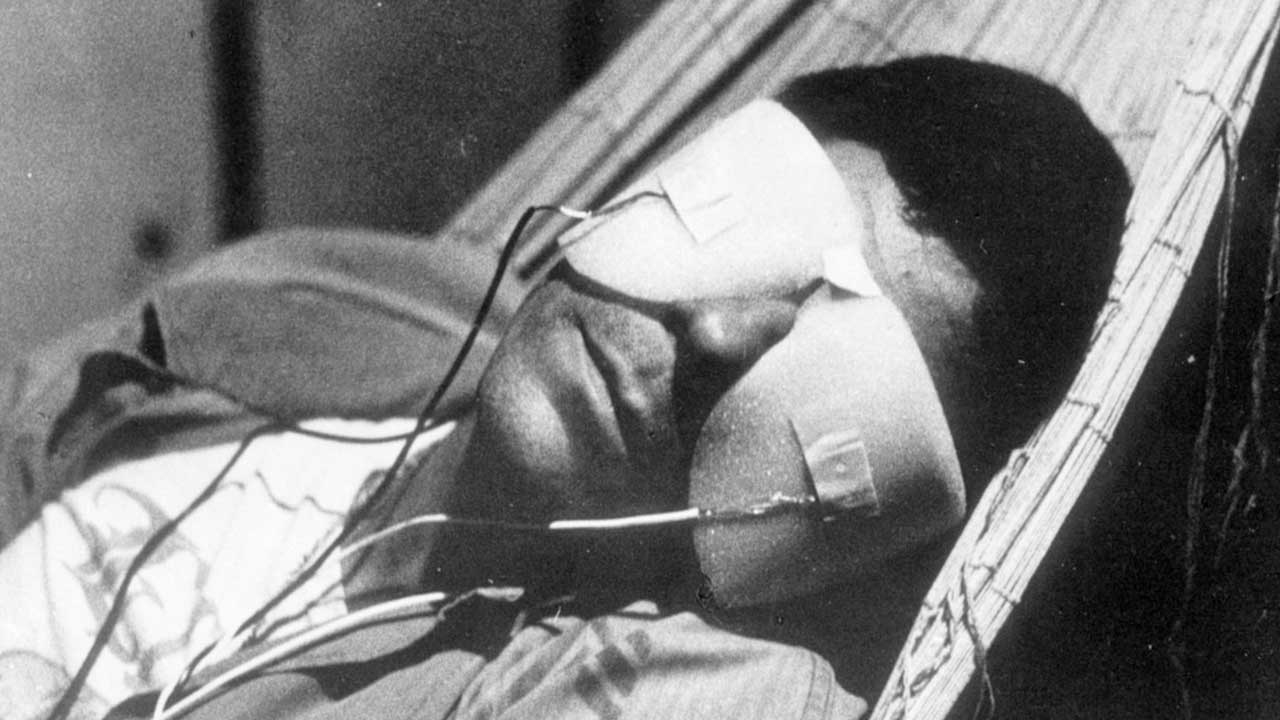 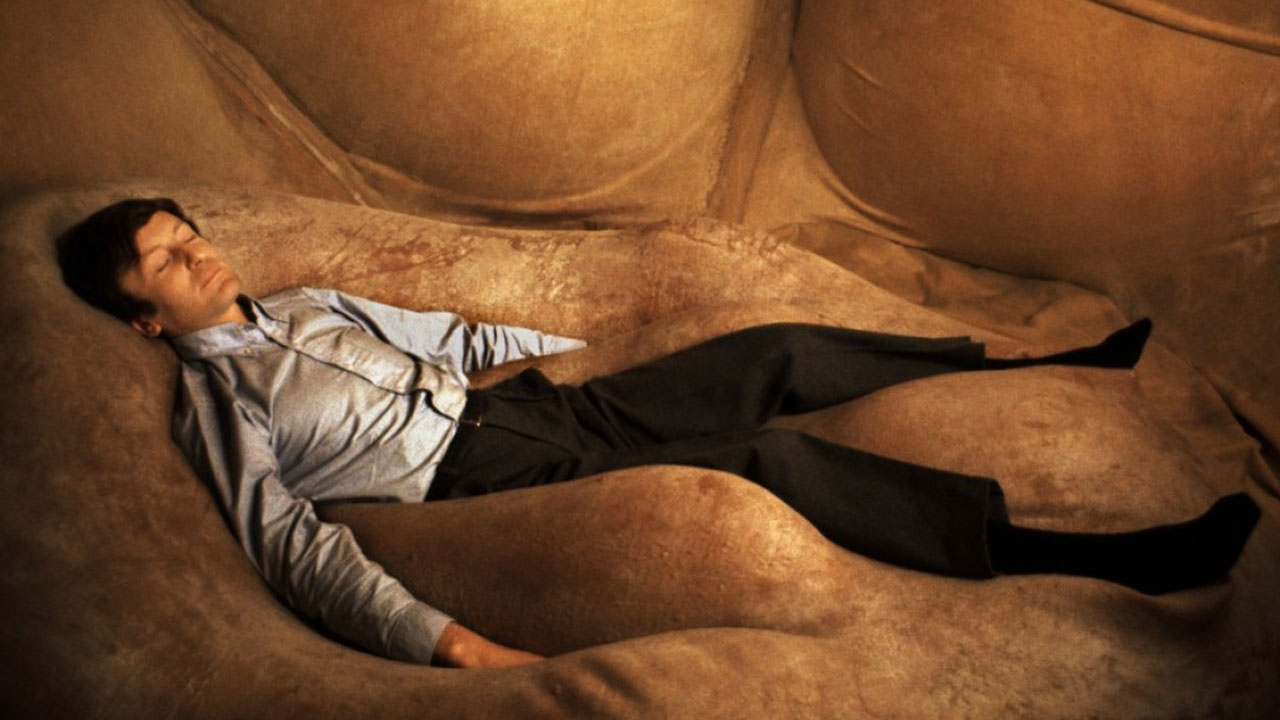 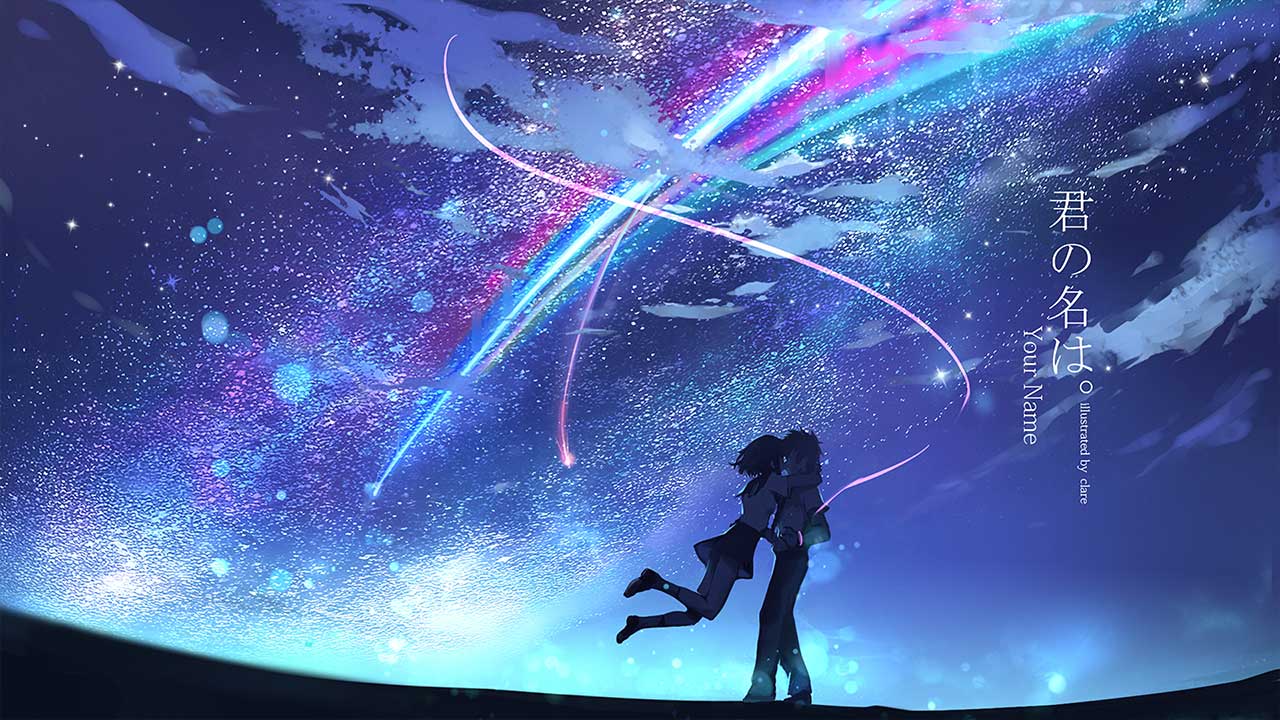 I just completed reading ‘Exhalation’ by Ted Chiang and one of my favorite chapters from the book is ‘The Merchant and the Alchemist’s Gate’ which covers topics like time travel, free will and the theory of relativity.

Sci-fi movies have always depicted time machines as vehicles, but physicist Kip Thorne described it as a pair of doors where anything that goes in or comes out of a given door will come out or go into another door a fixed period of time later.

Several questions that emerged from the transporter-style time machines – like why haven’t we seen visitors from the future yet – were answered by this type of time machine.

This inspired Ted Chiang to write a story about time travel. A fabric merchant in medieval Baghdad comes across a shop that has a black stone arch which provides a gateway into the future made by the owner using alchemy. However, the protagonist, Fuwaad ibn Abbas is more interested in discovering another gate to travel to his past instead in order to rectify a mistake he made twenty years earlier.

Time travel stories assume that it is possible to change the past, but here are some excerpts from the story that suggest something else:

“Past and future are the same, and we cannot change either, only know them more fully. My journey to the past had changed nothing, but what I had learned had changed everything, and I understood that it could not have been otherwise. If our lives are tales that Allah tells, then we are the audience as well as the players, and it is by living these tales that we receive their lessons.”

“Four things do not come back: the spoken word, the sped arrow, the past life, and the neglected opportunity.”

“Nothing erases the past. There is repentance, there is atonement, and there is forgiveness. That is all, but that is enough.”

“Even though the past is unchangeable, one may encounter the unexpected when visiting it.”

This French science fiction featurette directed by Chris Marker and associated with the Left Bank artistic movement is constructed almost entirely from still photos. This 28-minute long black and white film is a story of a prisoner in post-apocalyptic Paris, where survivors live underground in the Palais de Chaillot galleries. These survivors become test subjects for scientists who research time travel, hoping to send people to different periods "to call past and future to the rescue of the present.” Towards the end, the prisoner travels back in time, where he sees his own young self but eventually gets killed by an agent. In his final moments, he realizes that the incident he witnessed as a child, which has haunted him ever since, was his own death. 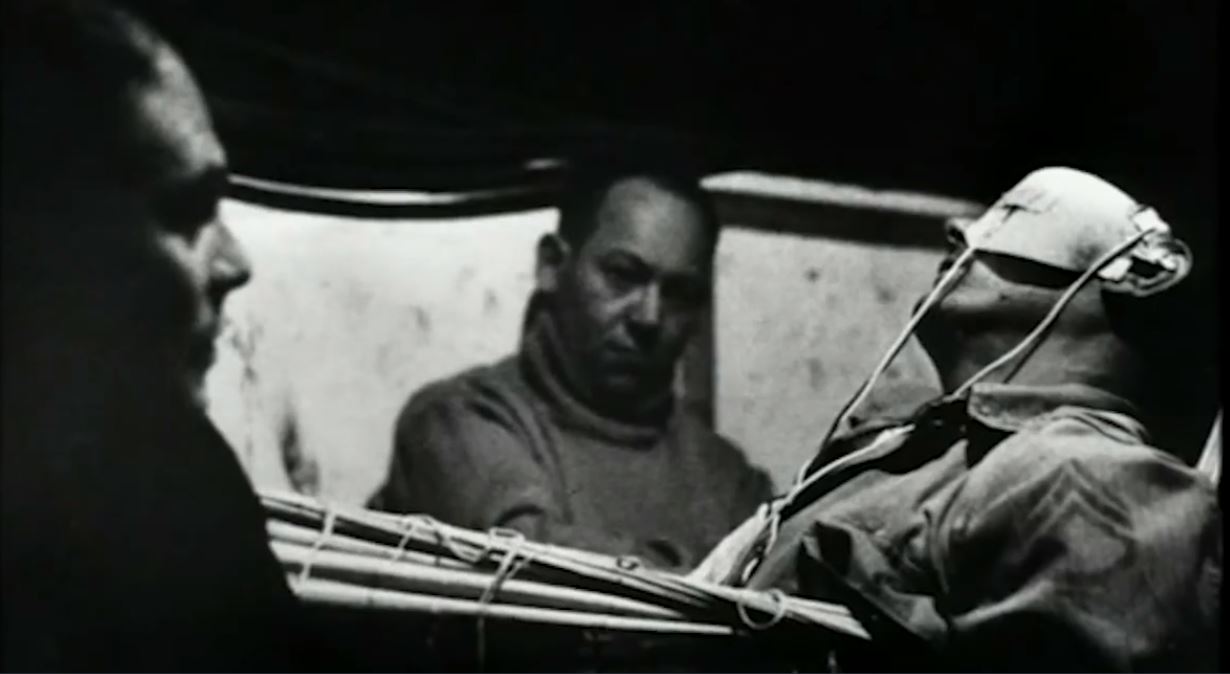 Strongly recommended by the founder of Labocine, Alexis Gambis himself, ‘Je t'aime, je t'aime’ is a 1968 French science fiction film directed by Alain Resnais from a screenplay by Jacques Sternberg.

Recovering from an attempted suicide, a man is selected to participate in a time travel experiment that has only been tested on mice yet. A malfunction in the experiment causes the man to experience moments from his past in random loops. 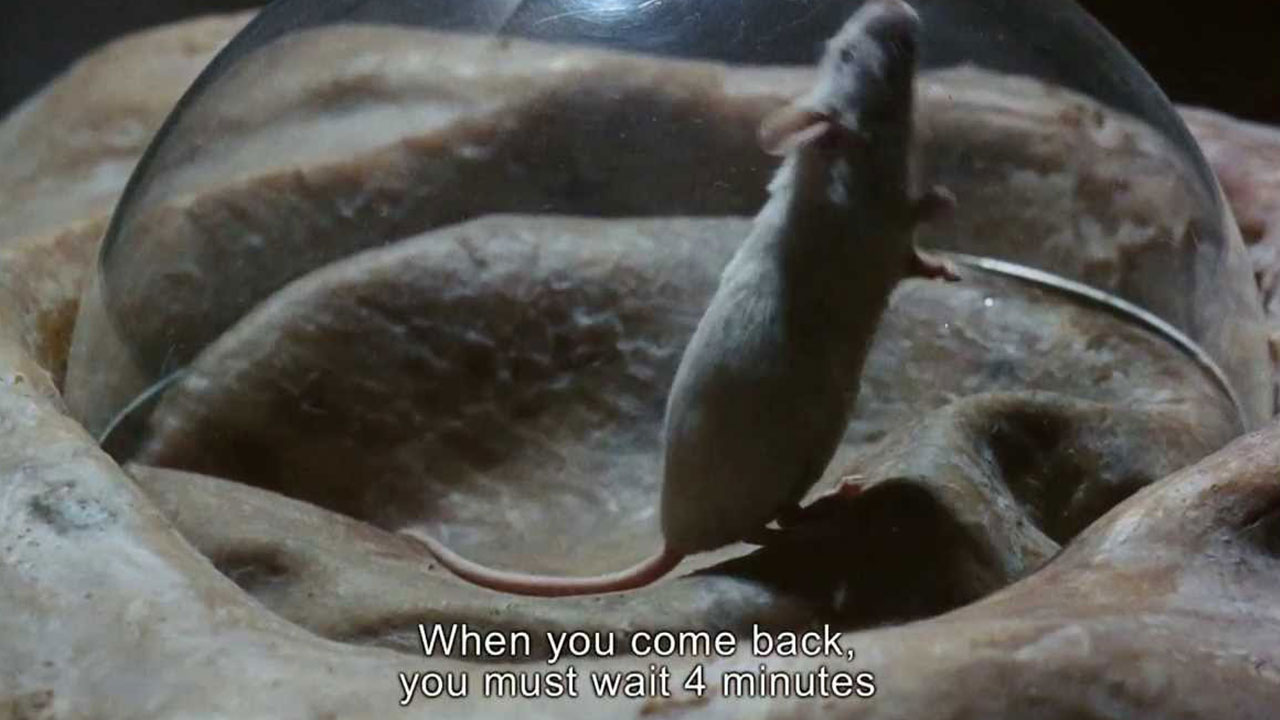 High schoolers Mitsuha and Taki are complete strangers living separate lives. But one night, they suddenly switch places. Mitsuha wakes up in Taki's body, and he in hers. This bizarre occurrence continues to happen randomly, and the two must adjust their lives around each other. Yet, somehow, it works. However, the most interesting part is when Taki discovers that a girl he encountered on the train three years prior was Mitsuha: not knowing they were separated by three years, she, having fallen in love with him, had met his past self while trying to meet with him personally.

This Japanese animated film is written and directed by Makoto Shinkai with animation directions by Masashi Ando and character designed by Masayoshi Tanaka. 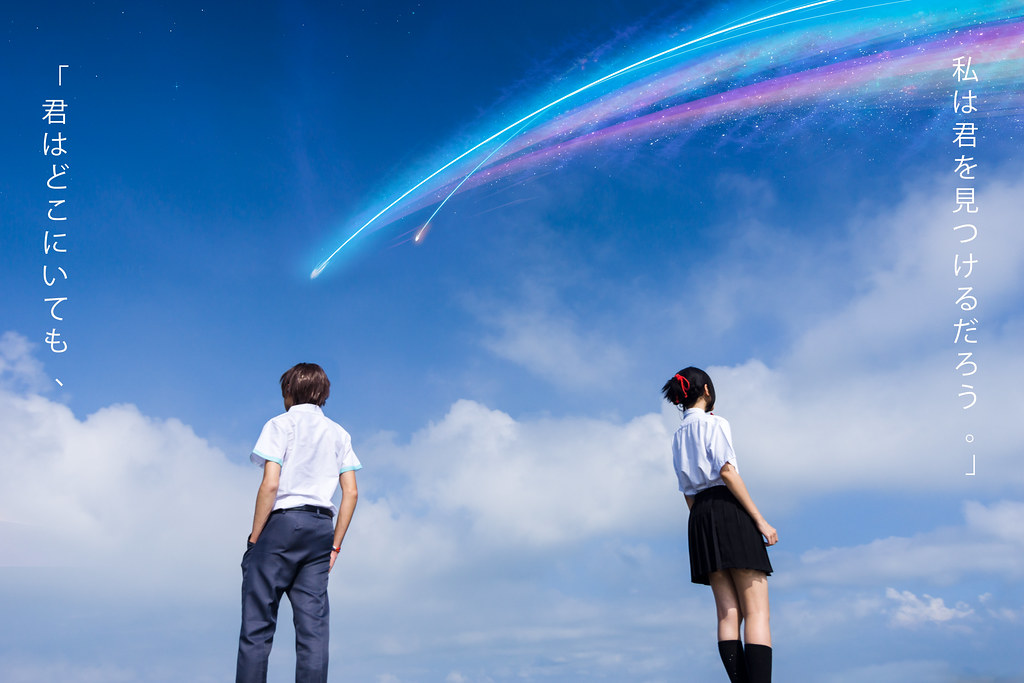 Reechal Mevada studied a graduate architecture program that mined science fiction to imagine California’s futures at the University of California - Berkeley. Her thesis ‘Prison for Artificial Intelligence’ was an instrumental speculation on the ethics of technology. Her work has been exhibited at the Starta Art Gallery in Flatiron district, NYC and published in the Studio One Manual. She recently won the People Choice’s award for designing a prison for cybercrime in the Hague, the Netherlands. She’s now based in NYC exploring and documenting fiction and technology in art, film and design through her platform www.fictionmapper.com.