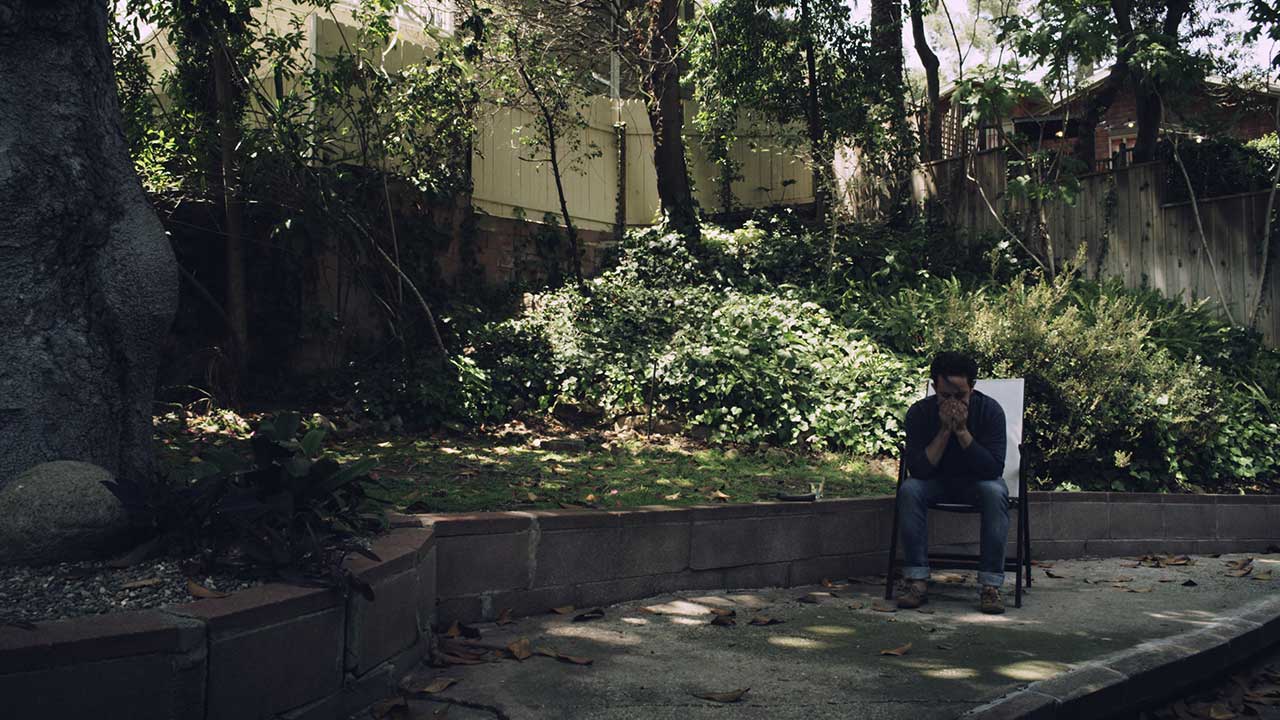 As said by the infamous Jesse Darden (CEO of the Perfect 46) today we are announcing something new! Today, we share with you a conversation with director, Brett Ryan Bonowicz. We discuss his sci-fi feature The Perfect 46 and get a glimpse into his upcoming documentary Closer Than We Think about futurist illustrator Arthur Radebaugh.

Brett Ryan Bonowicz is the writer and director based in Los Angeles. His production company, Clindar is focused on producing science factual films based on cutting edge science and technology. He is currently filming a series that will delve into the lives and techniques of artists who have done work for NASA entitled Artist Depiction. Brett on the set of The Perfect 46

How did you come up with the idea for "The Perfect 46"?

I wanted to make a chamber drama, something where two people were debating an issue that had no right or wrong answer. That intrigued me a lot. So I had two characters talking and they needed to be debating about something. The character of Jesse was established at that time as more of a stereotypical “mad scientist” but I didn’t know what he had done. I was working with a collaborator at the time and we had talked about having him doing experiments with plants. This was later dropped as the human genetics angle came to me.

I had an interest in genetics and a few years prior to the writing I had done the 23andMe genome test. That got me thinking about the future of that industry and the idea of The Perfect 46 came from that thinking. I knew I wanted the film to lean science fiction and I knew I’d be working on a limited budget so car chases and spaceships were out of my reach, but looking at genetics a lot of what I wanted to explore revolved around ideas and not traditional action set pieces.

I had met Whit Hertford (who plays Jesse Darden in the film) a few years prior for a different project. That didn’t end up working out but in my meeting with him I saw this side of him where I just started realizing the character I was writing was him, or at least my impression of him. So we started meeting every month or so as I was writing and we’d talk about the character and eat sushi, and it was a good way for me to bounce ideas as they were coming to me.

The writing of the film would continue until I’d reach a science stumbling block. I’d read a book or two and then get back at it, and that’s how a lot of the film was shaped. It was more organic than it probably appears in the finished product. Why was it important to blur the lines between documentary and fiction? Tell us also about the website ThePerfect46.com

A lot of the thoughts on using the documentary style stemmed from not wanting to give the chamber drama actors an unnecessary amount of exposition. The film spun out from having one story with the chamber drama, to having two stories with the documentary. At a certain point in the writing I toyed with the idea of a third timeline where we could see more of Jesse’s personal interactions with people around him and eventually that worked it’s way into the film as well. The way that I wrote this film is not something I would ever recommend to anyone. I would end up writing a scene, and if there were scientific elements to the scene I might stop writing for a few days as I read up on what was required to complete it. As a filmmaker I always feel like transitions are the most important things. So I would always look for the connective tissue, what was a good break in the dialogue or the perfect visual to connect one piece to the next. I would often describe the film as a tapestry, that as a viewer one should feel they’re looking at one large story, made of smaller pieces of fabric, and if I was able to weave them correctly, it would create a sense of world building that simply wouldn’t exist without the doc story and the non-linear timeline. I always feel it’s more interesting to see A to G and then skip back to C. As a viewer, you get to fill in those blanks and have a richer experience.

Creating a real website came from trying to find an angle to sell the film. We had real science, and a “near future” science fiction film, let’s test how believable the premise is to people. For a time we had a phone number up on the site and we received about half a dozen calls from people interested in what The Perfect 46 was offering. The Perfect 46 website: We are a genetics company that is focused on assessing you and your partner’s genomes and determining your likelihood for a child with diseases caused by your genes.

How do you think this film reflects today's scientific advances, fears and concerns?

We made the film a few years ago now so the biggest advance we’re missing in the discussion is CRISPR. If I could go back and change a few lines in the film, I’d probably have Jesse talk about his views on CRISPR and why it did or didn’t work in The Perfect46 timeline. What can you share about your upcoming documentary "Closer Than We Think"?

Closer Than We Think is a documentary about futurist illustrator Arthur Radebaugh. Living in Detroit for most of his life, Radebaugh worked mainly in automotive advertising until the late 1950’s, just after Sputnik, when he created the single panel comic strip Closer Than We Think.

Closer Than We Think made predictions about everything from Space Monkey Colonies to Robot Housemaids, a forerunner to The Jetsons, Radebaugh’s work informed and shaped visions of the future at the dawn of the space age. Within the film we talk to scientist Aubrey DeGrey, futurist Syd Mead, and a range of historians, as well as personal acquaintances Arthur Radebaugh had throughout his 67 years of life.

Science Fiction is always going to be a reflection of the time in which it was made, and Closer Than We Think examines one artist’s vision of the future with the added benefit of 60 years of hindsight.