Visions of the Future: The Artist Depiction Series 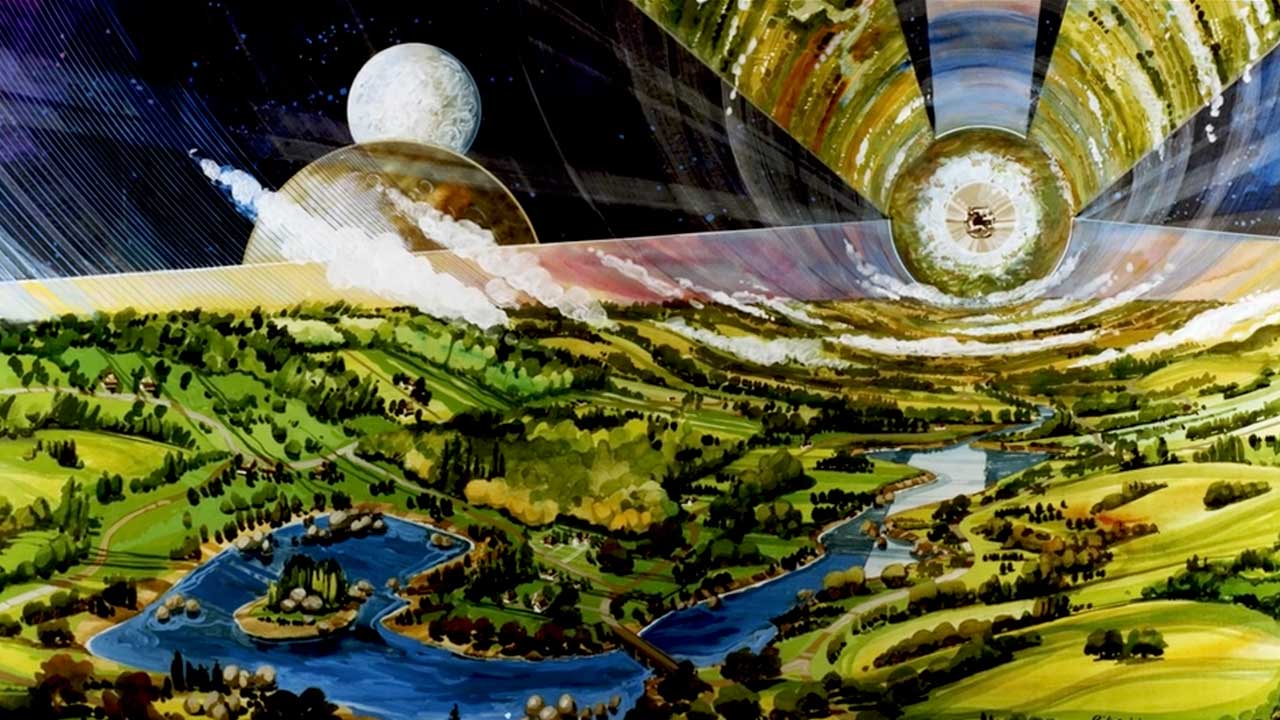 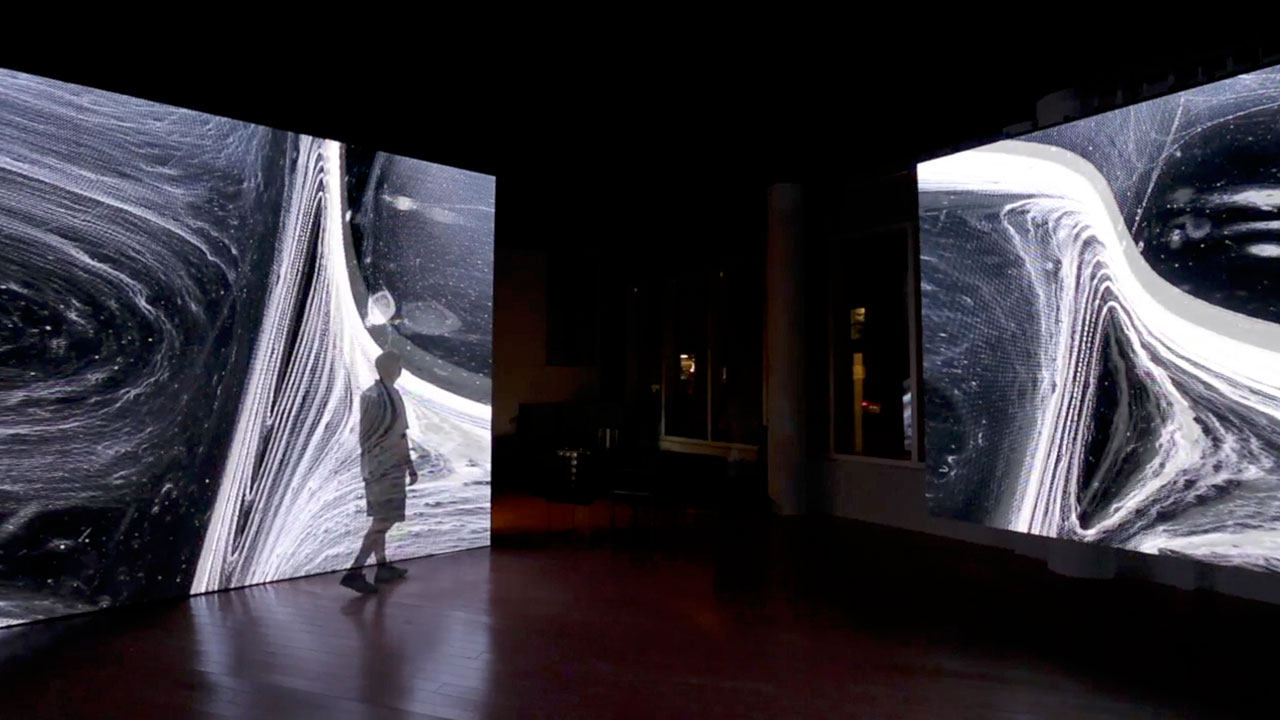 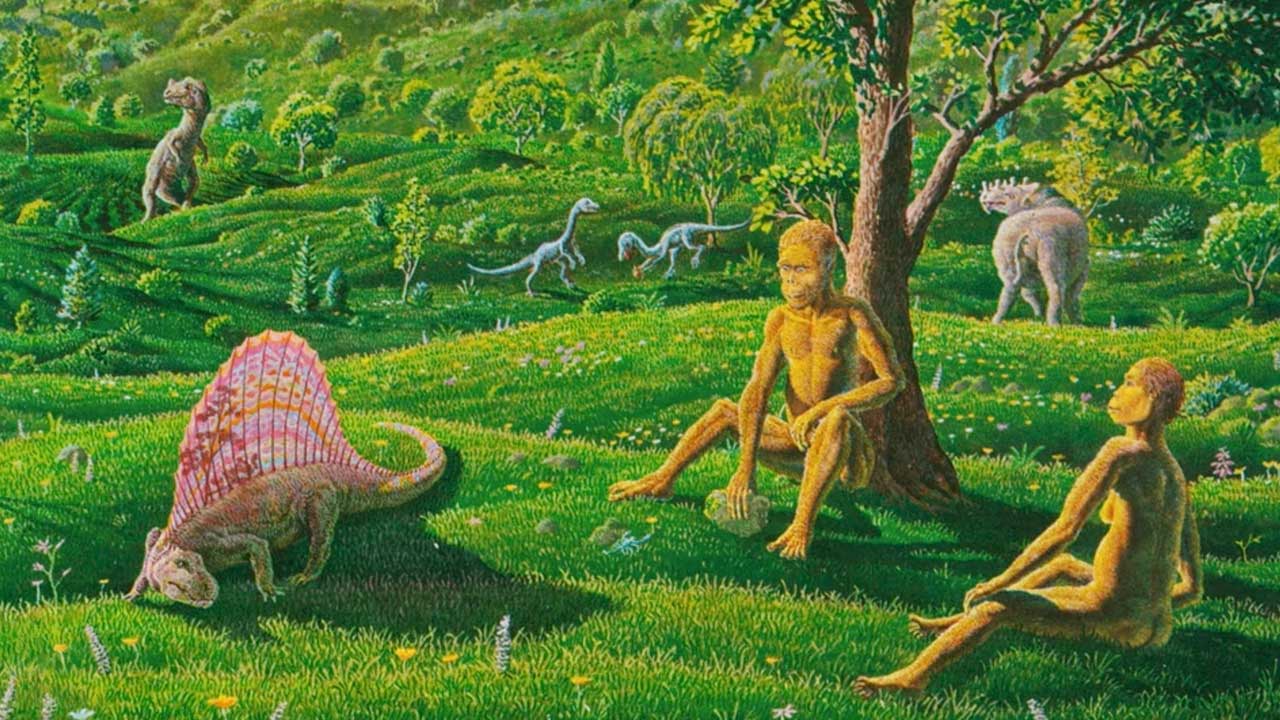 Today, we speak with filmmaker Brett Ryan Bonowicz. He shares with us some insights on his latest documentary series Artist Depiction that delves into the lives and the techniques of artists who have done work with NASA. Three artist profiles - Rick Guidice, Charles Lindsay and Don Davis - are currently featured exclusively on Labocine.com.

1. Tell us how you came up with the series and how you chose the three profiles?

The series really started while I was editing Closer Than We Think (my previous film about mid-century illustrator Arthur Radebaugh) I had interviewed Rick Guidice about what it was like to envision the future and there was such a wealth of material in that interview that I thought about releasing it as it’s own short along with the film. For a variety of reasons that didn’t work out but I started thinking about a film about artists who had done work with NASA.

Through my research and image gathering at the NASA Ames Research Center I was able to make contact with a number of other artists beyond Rick about taking part in this series. Some were interested in being on camera and others were not. As I was gathering interest and art, I wasn’t quite sure what the project was—it could’ve been a feature length narrative doc with the participants interwoven, something a little more conventional than what we landed on, but I wanted to really spend time with the artists we featured. While we filmed the interviews I kept an eye on material for both projects, an interwoven narrative piece about NASA art, and these individual deep dives into the artists. Once I was able to look at the material and gauge what we had, the idea of a series won out.

Breaking these interviews into individual films not about the artists themselves (interviews with others talking about their work, how their work has been influential, etc.) but about the artists as they are and how they reflect and contextualize their own work. I found that angle fascinating. Both Don and Rick have appeared in other films over the years but it’s always so truncated, the viewer doesn’t get a full picture of the artist and that was something I wanted to change. I wanted the viewer to get to the end of each of these films realizing the personality, process, and background that each of the artists we profile brings to their work.

Having come directly off of Closer Than We Think, a film where the main artist had no video or audio available, I was particularly sensitive to the idea of having these in depth interviews with these artists as a way to preserve their firsthand accounts for the future; for anyone curious how these pieces all came to be. 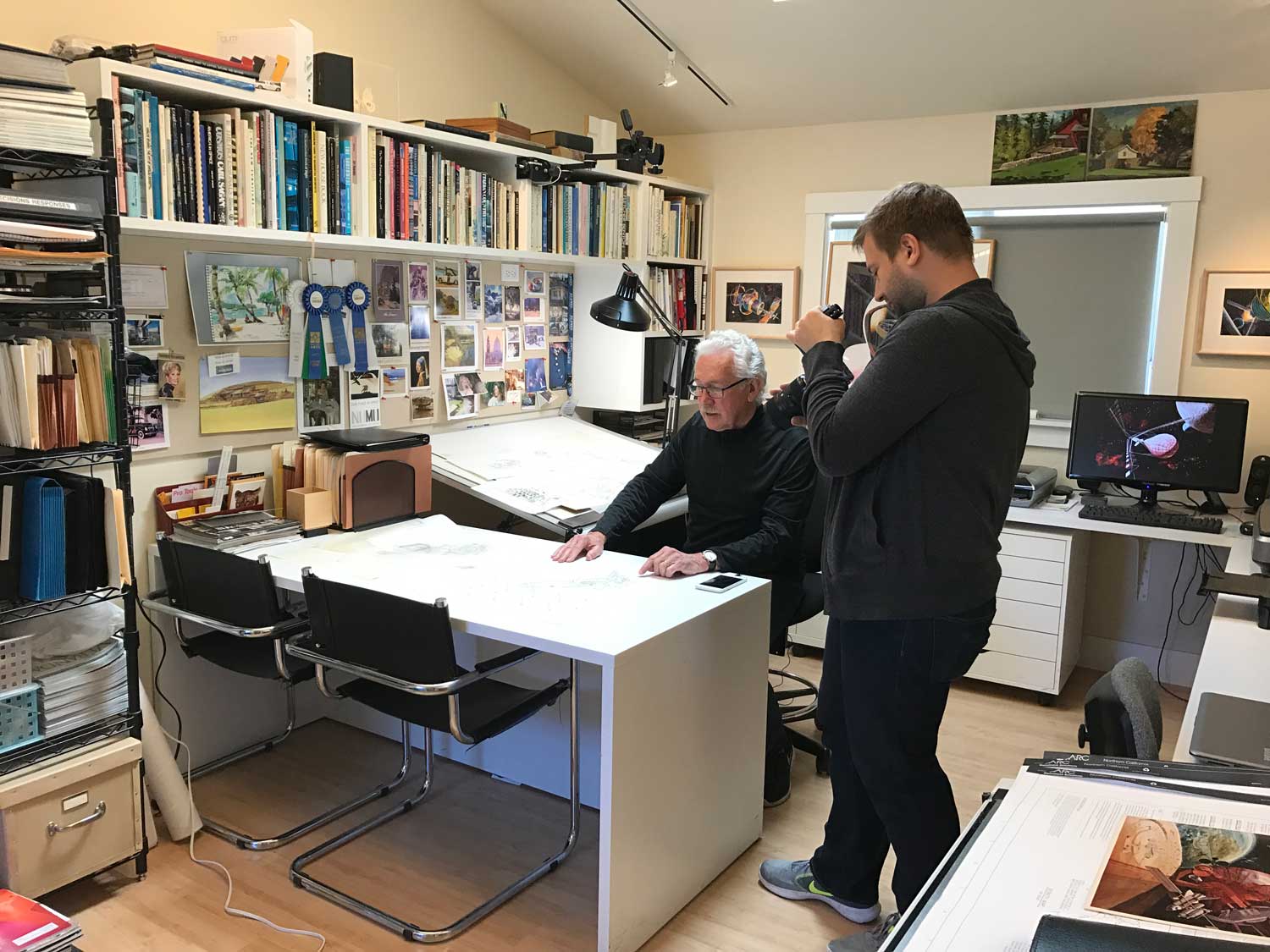 Filming with Rick Guidice in his studio in Los Gatos, California. ​ 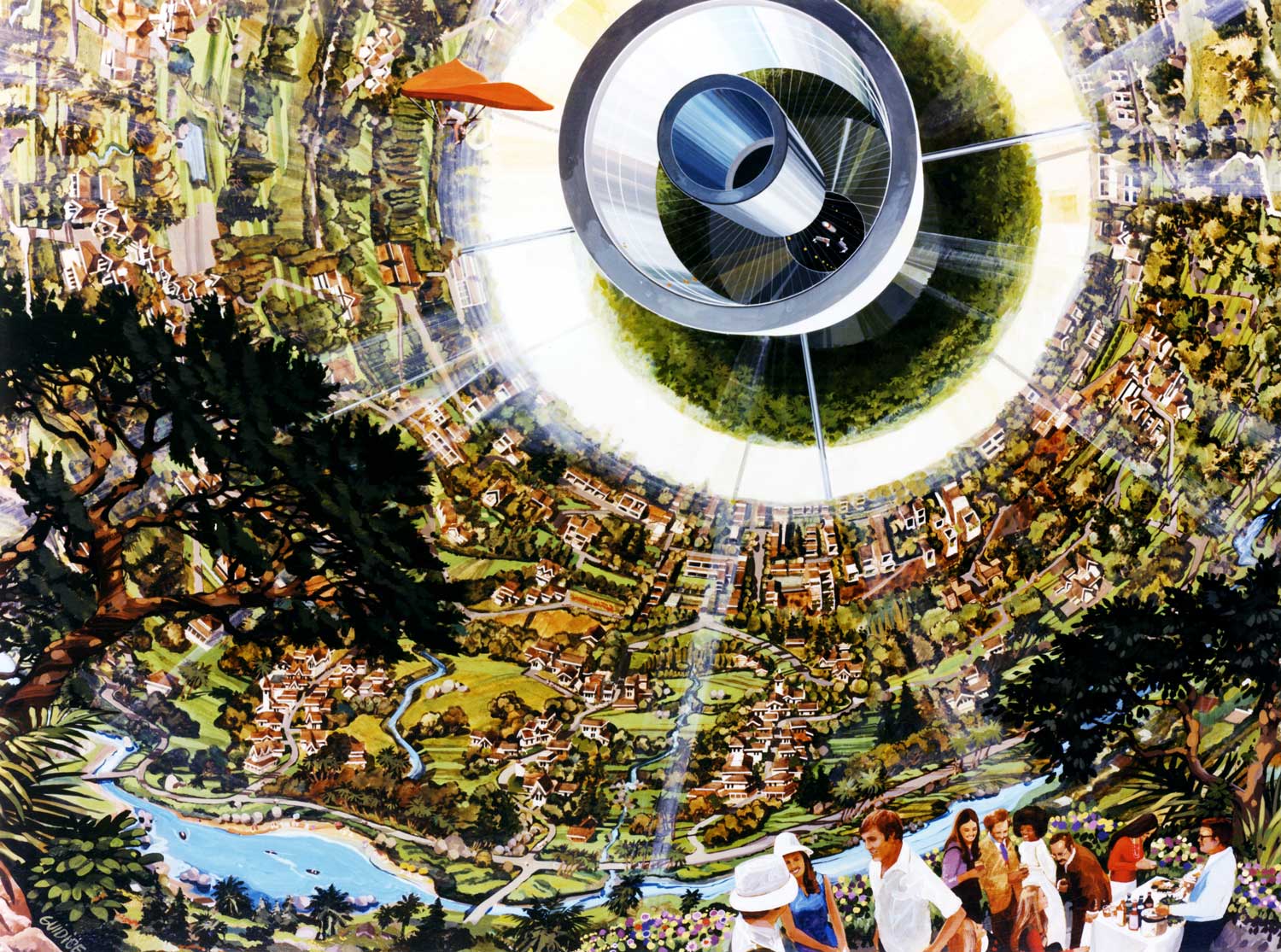 A space colony inspired by a french countryside. Artist Depiction by Rick Guidice.

2. Tell us more broadly about the creative science/art work of NASA and why that topic interests you?

There’s a communication barrier between a scientific paper and the population at large. Art is the conduit to those two parties. Art is universal to all of humanity. It transcends not only knowledge levels but also language barriers. Anyone can look at a painting of a space settlement by Don Davis or Rick Guidice and immediately be transported to a fully dimensional world that they can see themselves in.

Those paintings can be to scale and realistic, or they can project ahead and extrapolate a reality contained within what can be exceedingly complex mathematics in the case of the space settlements study. Charles Lindsay’s work is more contemporary and makes use of many different media to create an experience that is fully immersive not just physically…but immersive for the mind. I think as a filmmaker that has also made narrative fiction work these artists and their work with NASA interested me because they were using these different artistic tools to articulate the same discussion points that I try to discuss in my own work. The art is a launching point for discussion.

NASA history fascinates me and really holds my attention. NASA was created at such a turning point in the history of the United States and it’s continued role in the country as a source for positive news and exploration as the decades have progressed has always been a beacon of utopian light for me.

Being able to dig into the past, present, and talk about the future with these artists has been extraordinary. I’ve loved so much of Don and Rick’s art for years and, as was the case with Charles Lindsay, I didn’t know anything about his work when I started on the project, and now he is not only one of my favorite artists but one of my favorite people. 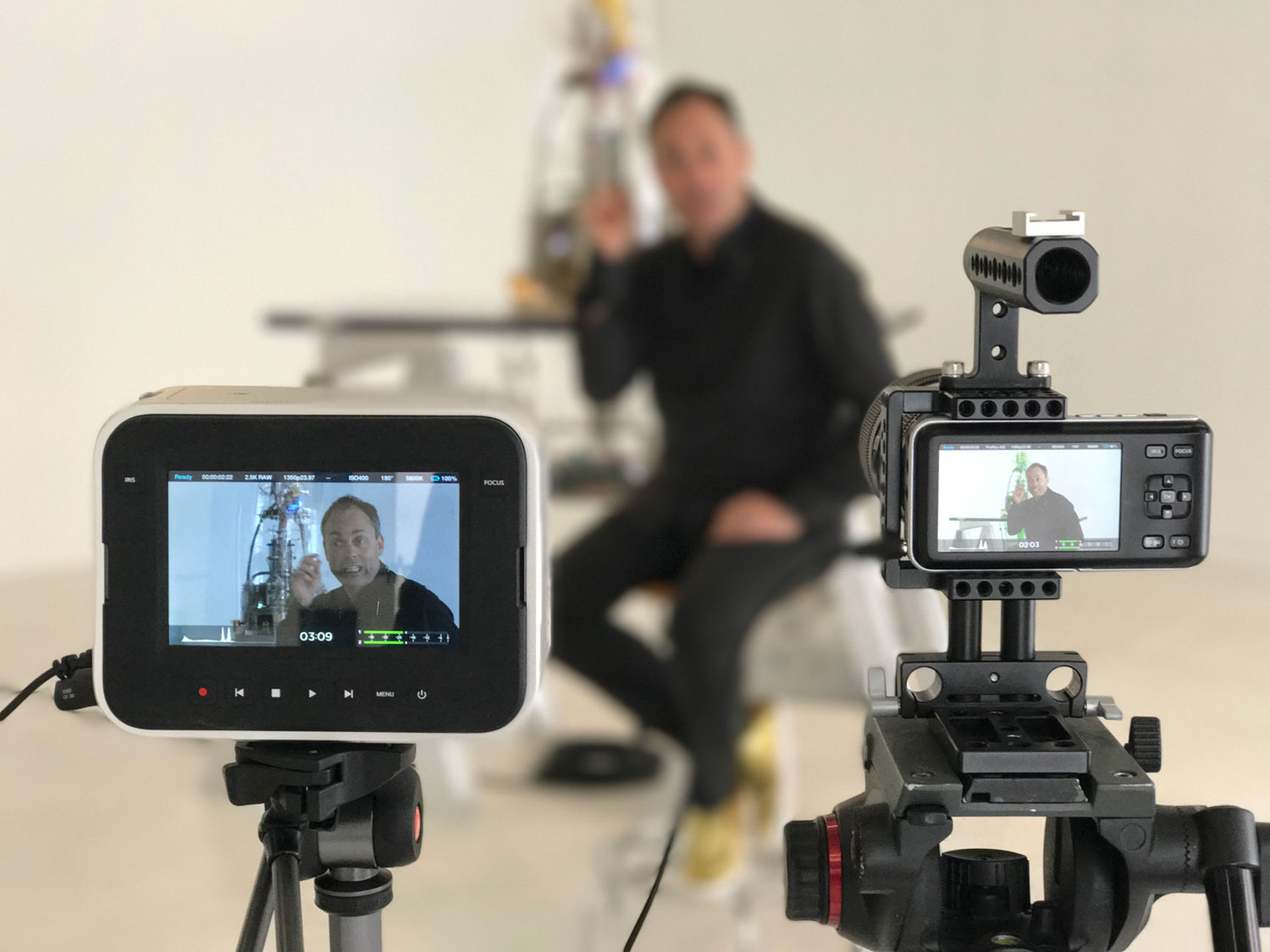 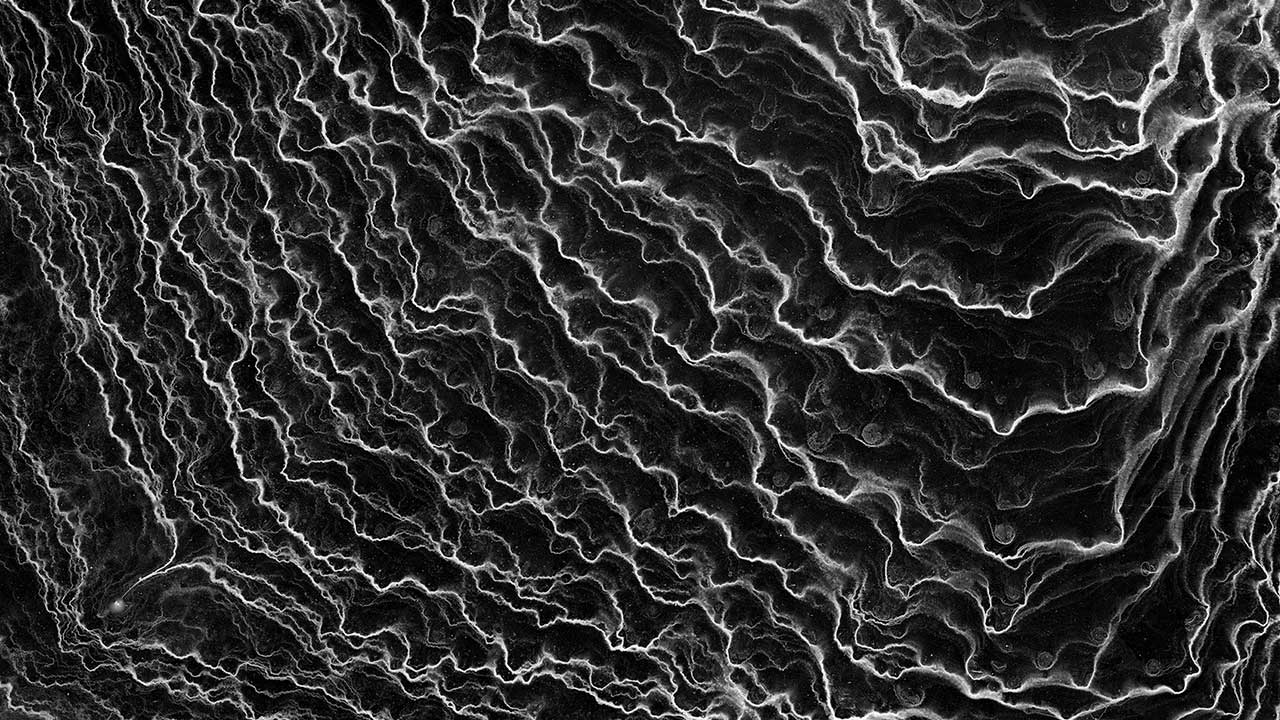 3. Define the common thread that links these three artists?

Beyond their work in collaboration with NASA I think these artists actually lack much of a common thread. It’s easier to tie Don and Rick together as they both are known for the space settlement pieces and both primarily worked with paint early in their careers. Once you get to know Don and Rick, look at their philosophy and technique, the differences are pronounced. That’s actually one of the things I hope anyone comes away with when they finish watching the films.

I toyed with the idea of calling the films Artist Depiction: Past Present Future early on. If you watched all 3 films together Don talks a lot about the past, even back before he was working, and with the work of Von Braun and Bonestell communicating science in the pages of Collier’s when he was a young boy. Charles talks about our present, looking at the environment and the politics surrounding that, and Rick, while also talking about the past presents us with a vision for the future in our closing moments. It’s a somewhat tenuous through line but as we’ve been screening at film festivals we have the three films edited together in an Eros-style with additional art, and that order gives it the feel of a more  traditional narrative. 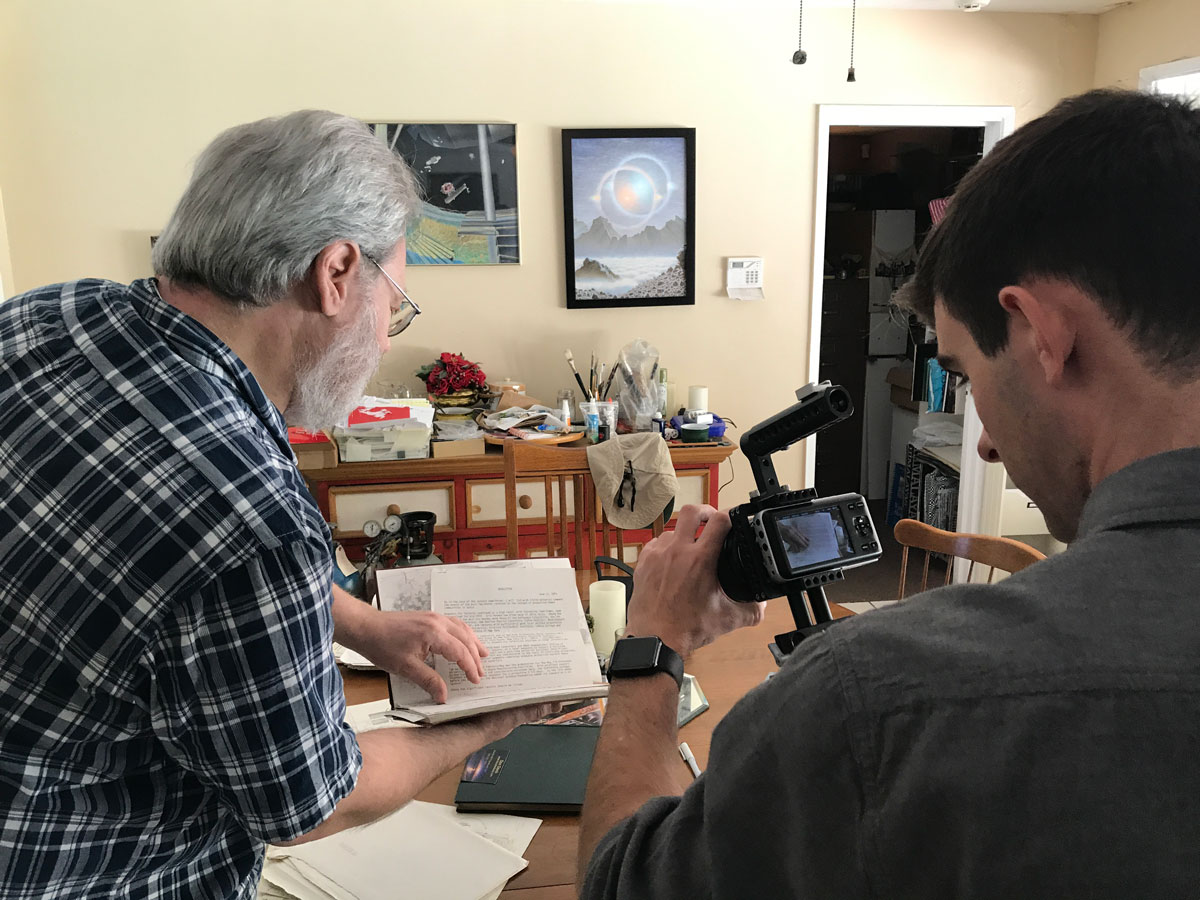 Don Davis shows his notebook of notes and sketches to cinematographer Reid Nicewonder. ​ 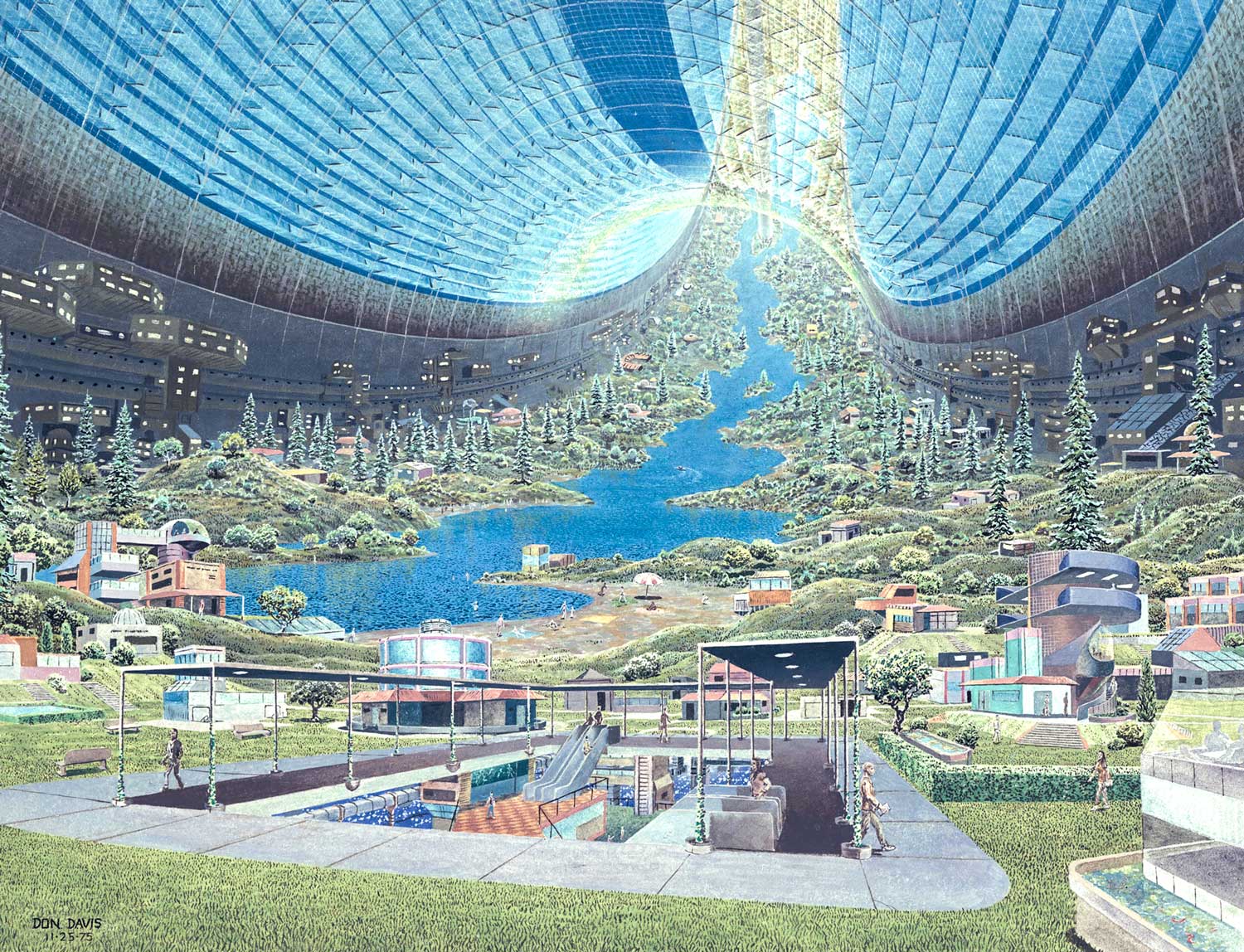 4. What do you hope to get out of this series? Is this the initial phase of a bigger project or do you plan to continue the series?

As with anything I produce, I always want to make something that provokes questions, deep thought, and really I want everyone to be thinking about our existence, how we got here, why, and where are we going? So I hope to get a discussion going but really the making of the series and the privilege to sit down with these artists and make the series was more than I hoped for. Obviously anything else is a bonus.

I would love to continue the series with other artists. There are scientists that fascinate me with their artistic work and artists with maybe more of a science fiction angle that haven’t had a spotlight on them. I’m particularly interested in artists who’ve done science fiction paperback book covers. Continuing the series all depends on financing and participants… and an audience. I think the format we have here really works and sets a really flexible template to build on, tailored to each artist.

Upcoming work: I'm working on a short story collection to be published later in 2019 called This Is The End Of An Interval. I've taken a number of science fiction ideas I've had over the years that didn't translate to film and reworked them for this anthology. It's been extremely challenging but I'm very excited to share that when it's complete. Beyond that, I'm exploring a few documentary ideas, I suppose my real dream project would be to do a Wild Wild Country-esque doc project about Biosphere 2. If I don't get to make it, I certainly hope someone is working on that...because I'm dying to watch it.