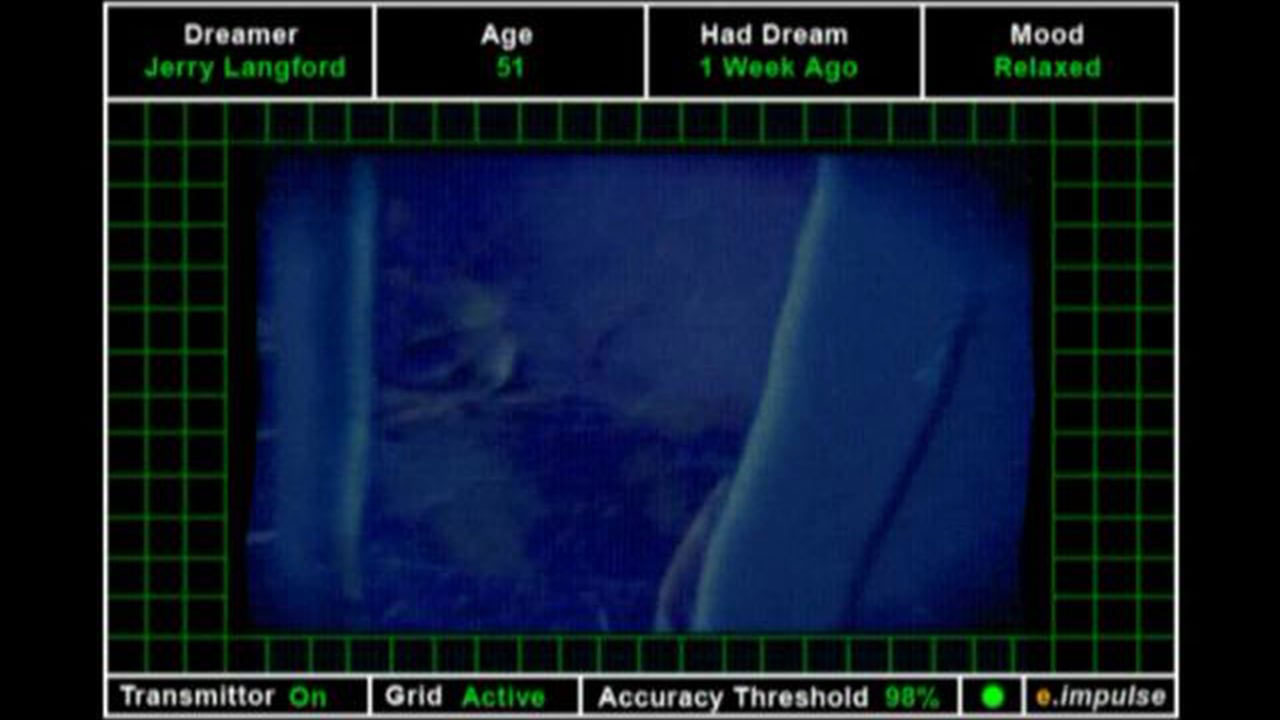 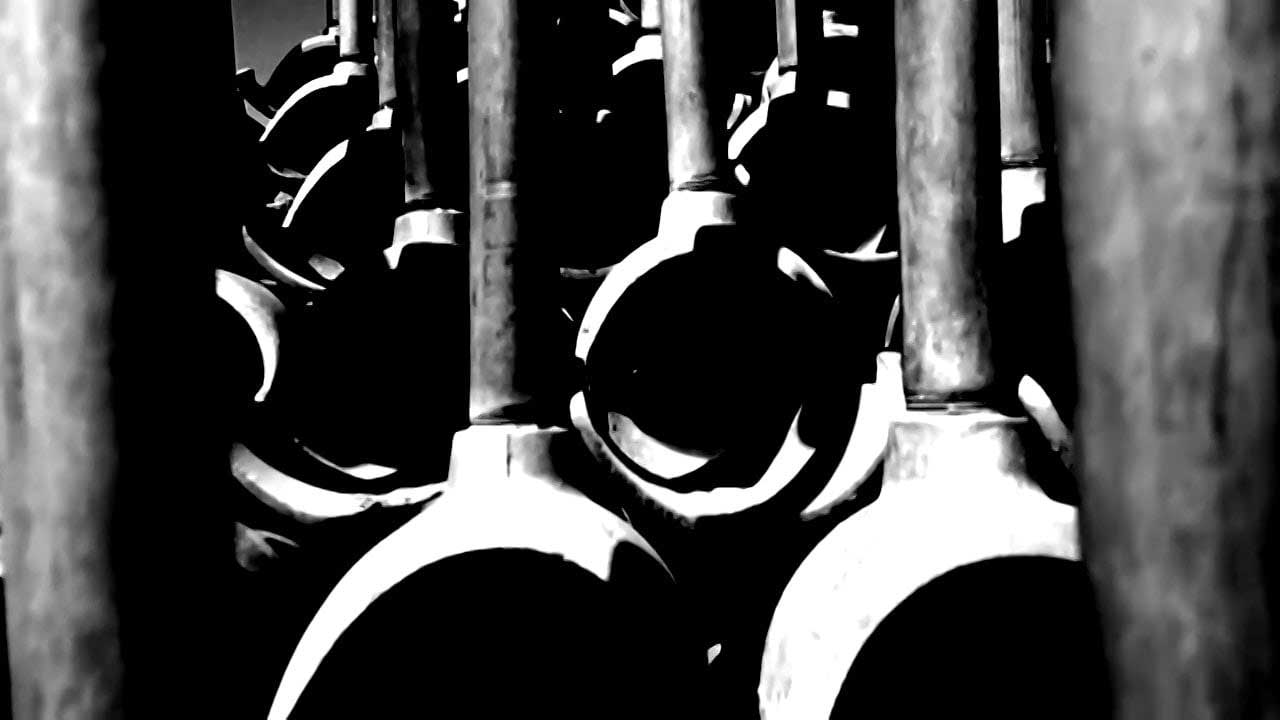 One Of Tarkovsky’s Dreams 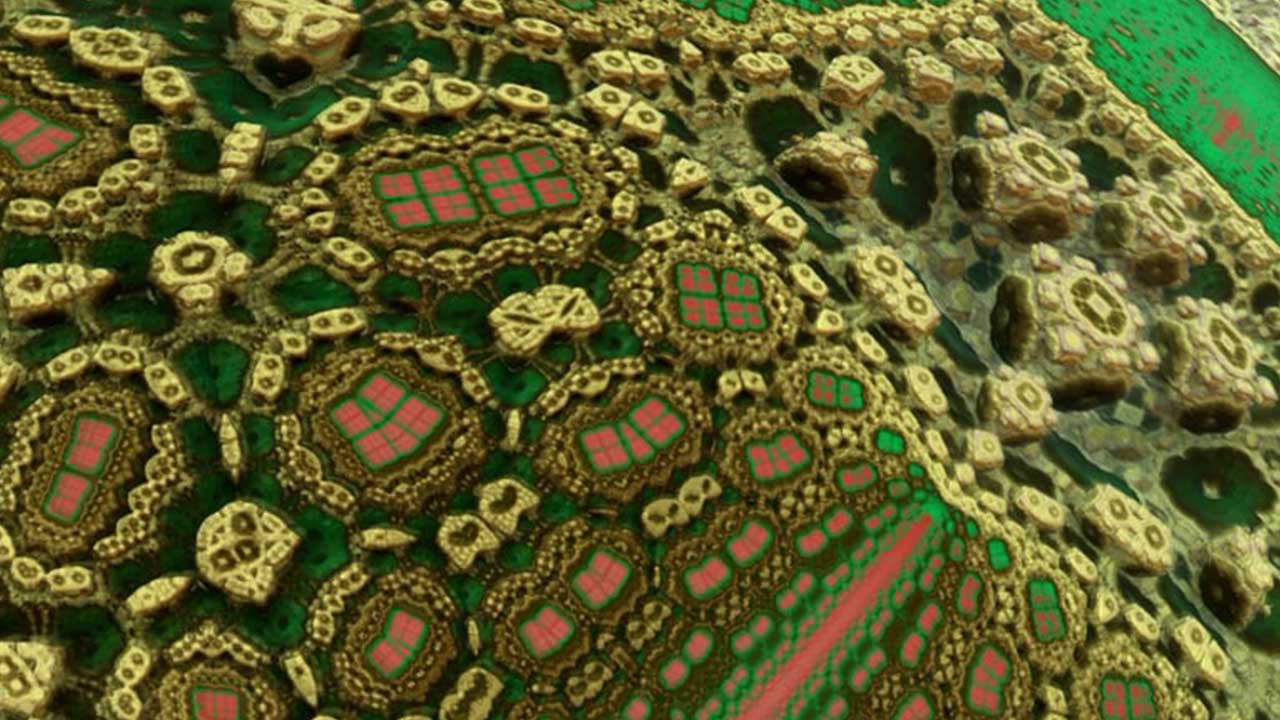 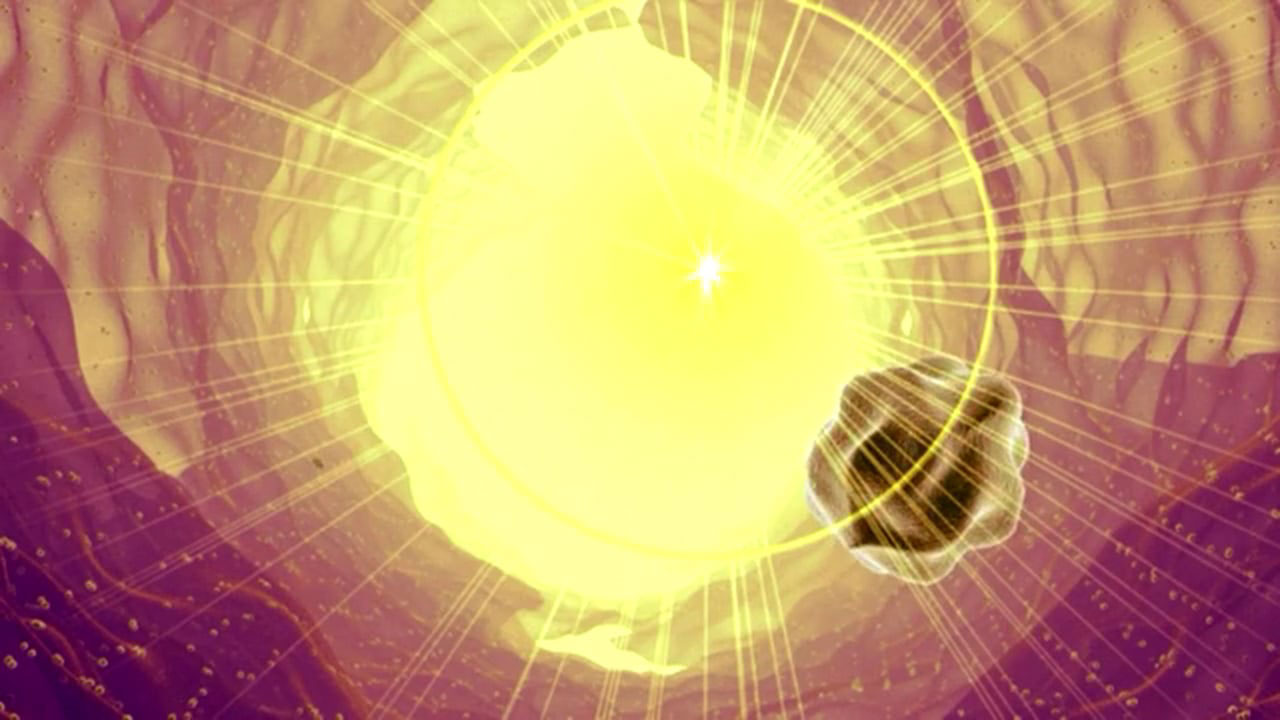 Dreams and dreaming have played a role in much of my creative work, including 3D, video, and photographic mediums.  Weather I’m creating works from computer-generated imagery, or collecting video data from the real world, there are usually questions posed in my work which require an examination of where we lie between a reality-based and dreamstate existence.

I do have a fascination with dreams, but not really from an analytical standpoint.  I love to simulate their general appearance in my mind, rather than re-create personal experiences through self-analysis.  They are for me almost a form of entertainment.  I don’t attempt to answer questions about the nature of dreams in any of these pieces.  I simply let the dreams exist, working around them, not through them.

All of the these video and 3D animation pieces were created for exhibitions at the Orange County Center for Contemporary Art in Santa Ana, California.  (http://www.occca.org)

One of Tarkovsky’s Dreams 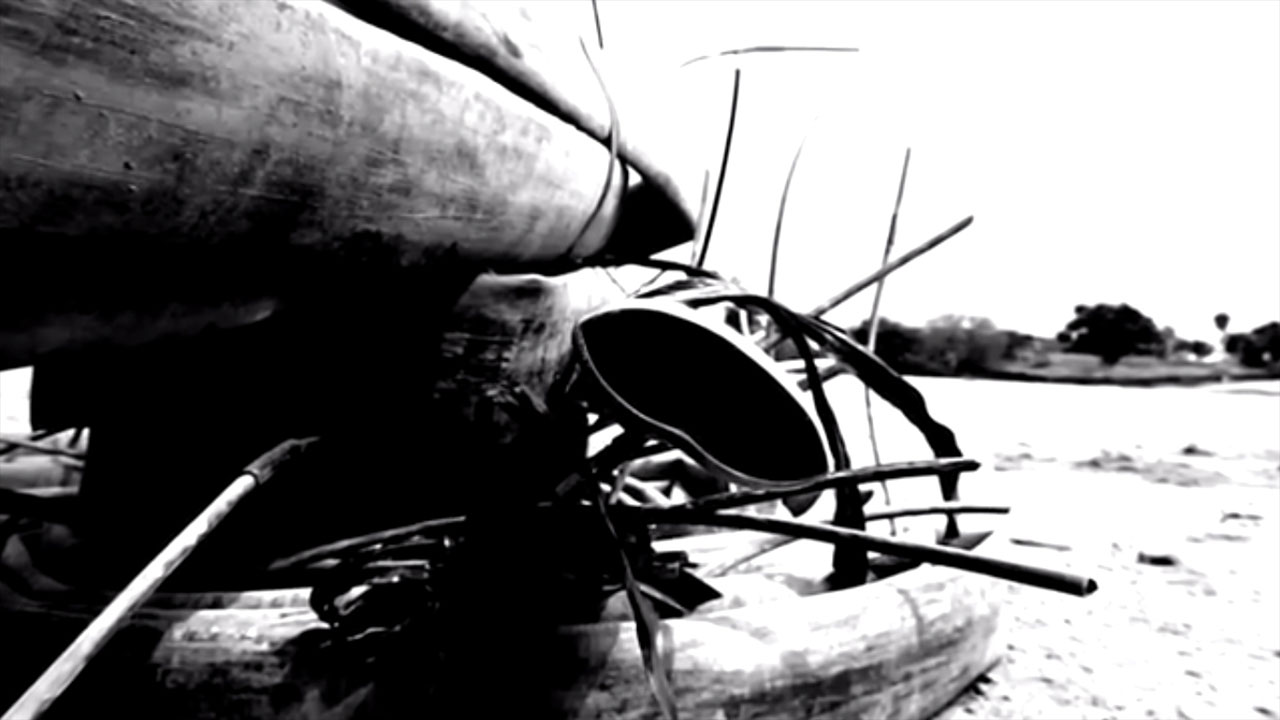 What would an Andrei Tarkovsky dream look like?  His films have had a huge influence on me aesthetically, and in this piece I attempt to create what one of his dreams might look like based on my interpretations of his visual approach.  This includes slower camera movements than much of my work, unanswered questions, cuts from color to black and white, and still scenes with odd yet interesting compositions.  Half way through the film, I attempt to recreate the opening scene from Andrei Rublev.  Is he dreaming about this sequence as an altered version of that scene in his film, or is it formative imagery before the movie was made?  It is strange for me to ponder this, especially considering how dreams can often warp otherwise stable imagery in our minds.

The 1-hour film was shot with two cameras, a JVC Everio, and a Pentax WG-3, mostly hand held. A tripod was used for a small number of scenes. It was largely filmed during my 1/2 hour-long break at work each day, in farmland just down the street, located in Irvine, CA. Other locations include Crystal Cove Beach in Laguna Beach and "The Great Balloon" in Irvine, CA. A few scenes, filmed with the JVC include downtown Los Angeles locations near the repair of the First Street Bridge, and a storm drain pipe in the LA river.  The film was boiled down from about 8 hours of footage to one hour, and edited using Sony Vegas Pro. 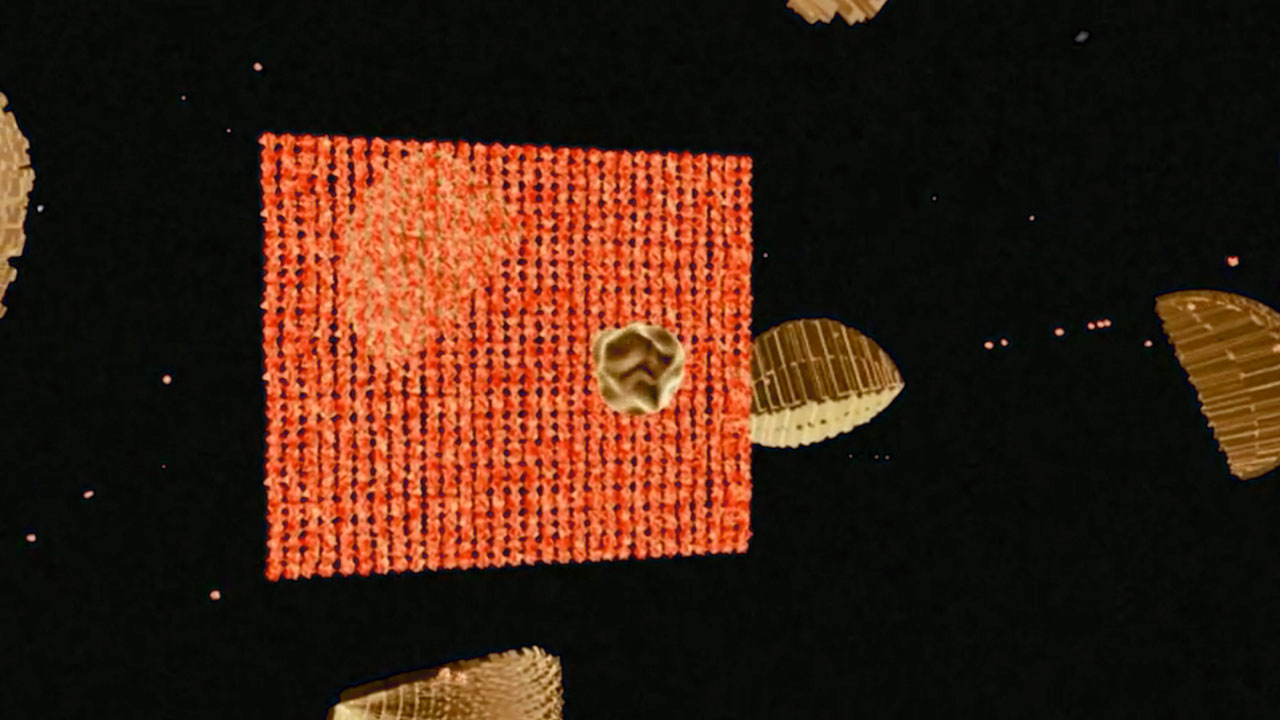 Stem cells have the ability to transform into many different cell types, but Stemmy the stem cell possesses a unique gift: he can transform cells around him into duplicates of himself. He is completely unaware of this gift until a special cell, the "Blue Sage" implants the idea in his mind via a dream..But the Blue Sage vanishes before Stemmy can get the hang of it. After an invasion of "Bad Red Cells", it's up to Stemmy to hone his skills in the field through his own willpower before he can put them to good use.

In this short animated adventure, the shy and somewhat "twitchy" Stemmy embarks on a journey that teaches him to calm his nerves and focus on the problems in front of him. With music by Alan Terricciano and Anton Bruckner, the score drives this small 20-minute adventure story, and there is no dialog between the characters.

The animation was created and rendered in 3D Studio MAX. Sequences were then sent to an iPad for further processing, and then sent back to the computer for final compilation, and addition of music in Sony Vegas Pro. The entire movie was conceived and created over a five week period using one computer.

This animation was created in conjunction with the Sue and Bill Gross Stem Cell Research Center at the University of Southern California, Irvine.  (http://stemcell.uci.edu/) 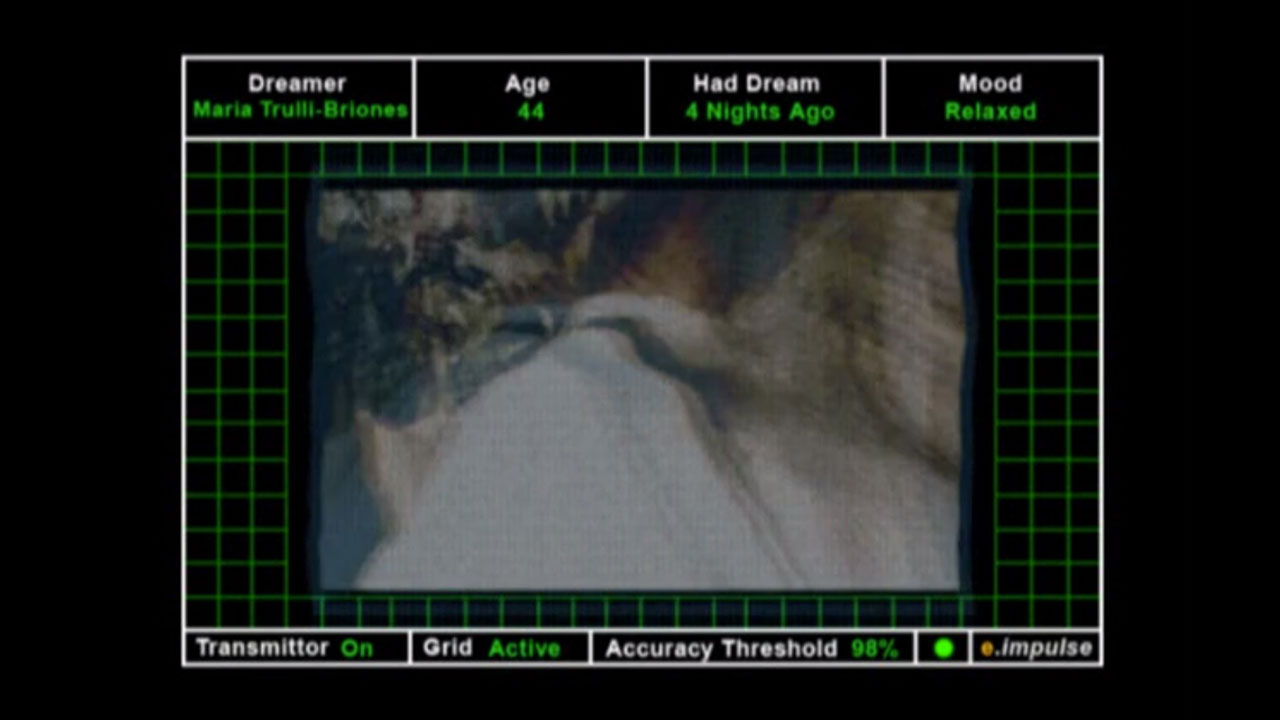 For a few years I had an obsession with attempting to film four-minute dream sequences.  Most of these were completed in the downtown Los Angeles area.  After creating a number of these, I pondered the idea of a machine that could visually record the dreams of others as they were recollecting them.  In this film, five subjects (my co-workers!) recall their dreams while hooked up to a machine which records them and plays them back for us to see. 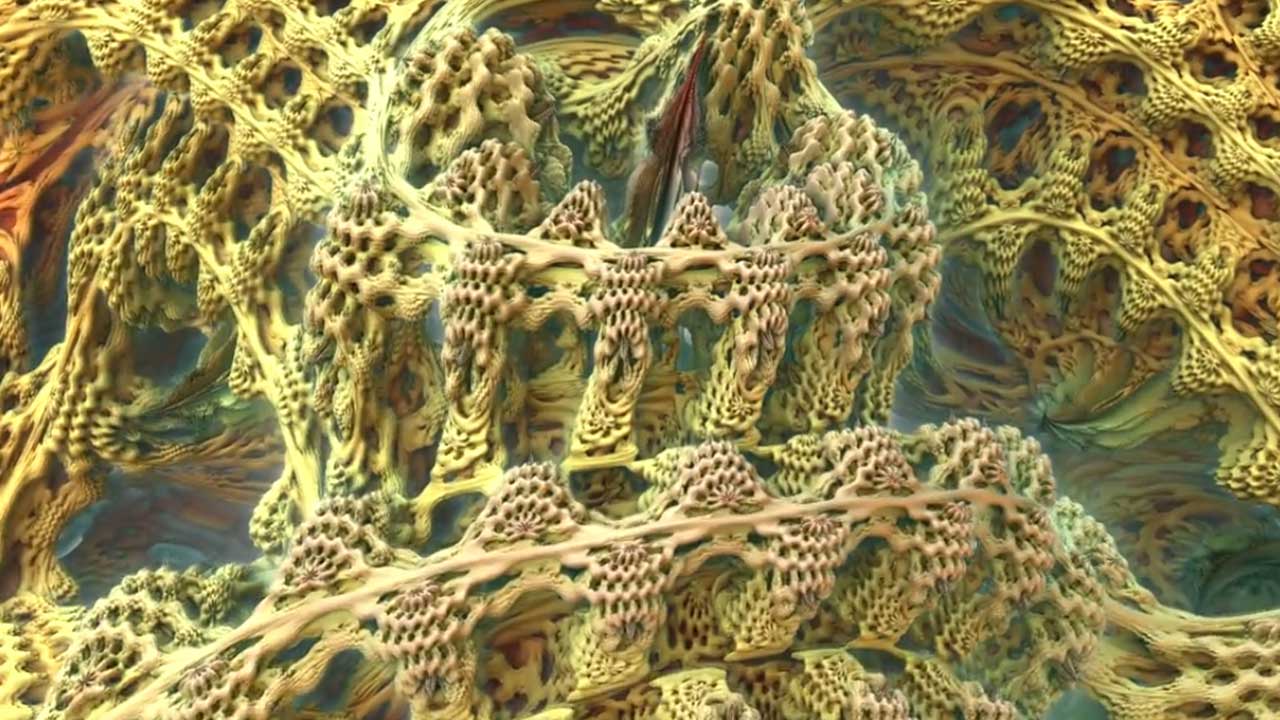 I often wonder if there are any fractal properties to dreams.  Certainly electricity has fractal properties and so the electrical impulses used to create dreams might also have these same properties.  Perhaps the seemingly random and chaotic way that dreams are sometimes edited or “cut together” in our minds is fractally-based.  Obviously more research needs to be done in this area.

The concept that these smaller fractal impulses might create larger cognitive and relatable concepts in our minds is fascinating to me, in the same way that massive fractal patterns can be constructed from very simple mathematical equations.  In this 3D animated film, five equations are used to create fly throughs of fractal patterns.  I will say that I have never actually had a fractal dream such as this, but I would love to believe that fractal math is somehow playing a part in the creation of the dreams that I do have.

This piece was created using Mandelbulb 3D, which is available for free at mandelbulb.com

Jeff Alu is an experimental artist whose work crosses a line between science and art. Before he began creating art, he spent a number of years working at the Jet Propulsion Lab in Pasadena, CA. This after leaving the Eastman School of Music in Rochester N.Y., where he found it difficult to function in that ordered environment when in fact his thought patterns were very spontaneous. At that time he wasn’t sure what he wanted to become, and the pressures of perceived perfection around him were not helping him to find out.

The Job at the Jet Propulsion Lab was a turning point. It involved hunting for near-earth asteroids and comets utilizing the 18” Schmidt Telescope at Palomar Observatory. The entire experience was mind expansive and allowed Jeff to do what he loved: Contemplate. He was not, in fact, a true scientist at all, and romanticized feelings invaded his scientific duties at every turn. Now finally though, he began to realize that communication of ideas through sound and light were of utmost importance to him, and once his hunt for asteroids had come to an end, a replacement for that hunt needed to be found.

Breaking out to the desert, he searched for visual symbols, and after a while it occurred to him to record them. Once he began recording them, new worlds revealed themselves. At first, still capture was the choice, until motion became as important. He began to realize that what he perceived as the world around him was in fact made up of countless micro worlds, each of equal importance. Later, the realization struck him that he had felt this way his entire life.

“My style hovers between documentary and a semi-dreamlike state. I’m constantly searching for what I like to call “clues.” These clues generally represent the initiation of questions that should be asked, rather than answers to pre-defined questions. I never have a set idea of what it is I’m looking for. I simply seek, occasionally finding exactly what it is I wasn’t seeking. For me, that’s the time I learn something new about life: when I discover a new path, a new way of seeing, a new reason for continuing my search.”

More of Jeff’s work can be seen at jeffalu.com