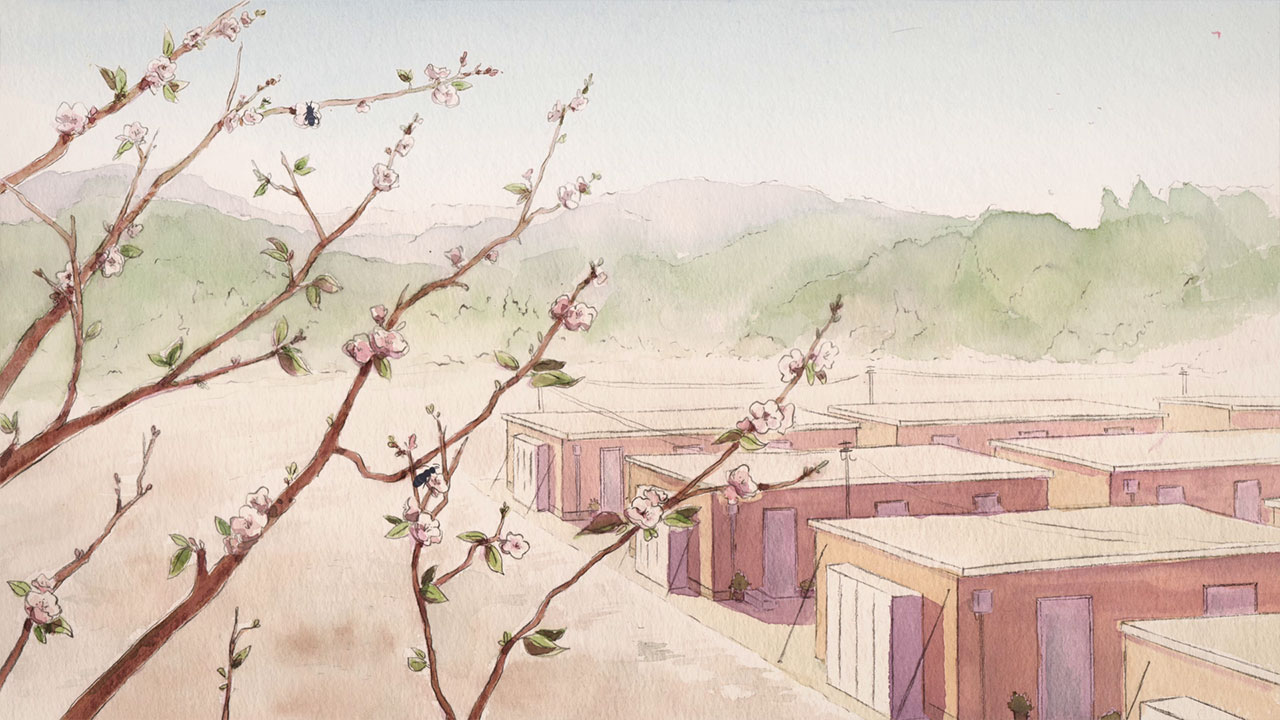 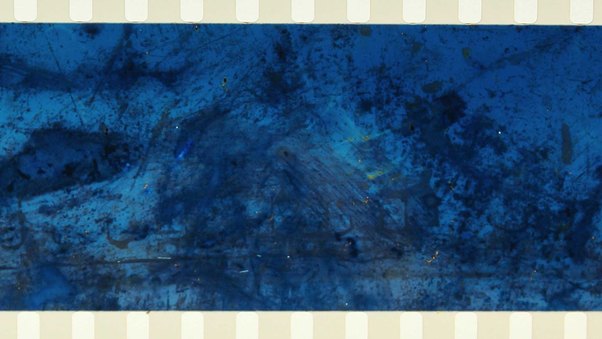 Sound of a Million Insects, Light of a Thousand Stars 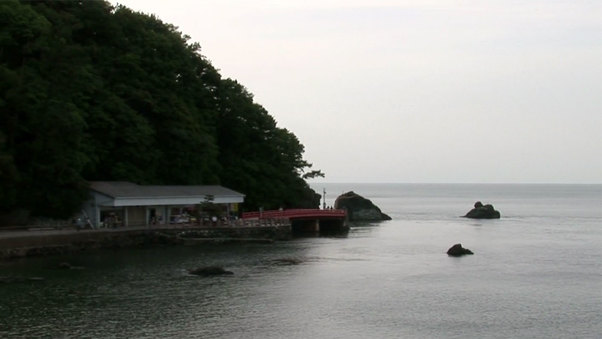 On March 11, 2011,  compounded by human error and a lack of government oversight, a tsunami set off a disaster in Fukushima. The result was three nuclear meltdowns and a series of hydrogen air explosions at the Fukushima Daiichi Nuclear Power Plant, an accident that contaminated the area with radioactive residue and imprinted itself on the nation’s collective memory.

It can be said that Fukushima became both a part of collective national trauma and also a powerful incentive to turn activism into art. The disaster was a shock to system, engendering strong attitudes against nuclear activity and a wave of activism. Increasingly, protesters asserted their stance through art, utilizing music, performance and film to appeal to a younger demographic. In the midst of tragedy, an element of pleasure became a nexus of the activist agenda.

Through the following films, we see how creative work can be used to explore broader social and scientific issues, whether they make a direct statement against nuclear power or simply take a closer look at the disaster’s consequences. Filmmakers from across the world, including those from Japan, France and Germany herein, examine the aftermath of Fukushima from various perspectives, forcing viewers to question the nature of recovery and the risks of nuclear energy. As a whole, they assert that there is always a reminder of the past. That trauma can never be completely erased or cleared away. Memories linger on.

“Snapshot Mon Amour” (2015) by Christian Bau uses language to explore Fukushima’s social effects. In his film, language has been cast as an actor in its own right, a living thing that moves, changes and reflects social developments. Bau focuses on relationships in particular. He captures calligrapher, Imako Umesaka, painting the solid, black lines of first key word: WEDDING ROCK. The rocks are a popular tourist destination; both the painted word and the rocks themselves suggest something concrete and final. People filter in and out. They gather, hug, and pose for family or couple photos as if to cement, like the rocks, their relationships to each other. Fast forward one year and the same calligrapher writes a newly coined word. It is a word that only came to be after the disaster. This word is GENPATSU-RIKON—a hybrid word that combines ATOM and DIVORCE.  The shift from marriage to divorce, from something solid to something that has fallen apart, reflects a changed society. Bau replays scenes of the disaster. Fukushima’s solid foundation is swept away by a wave of black detritus, suggesting that the things that we rely upon can be shaken in ways we never expect. Ultimately, words reveal the broader impact that Fukushima has had on Japanese society. 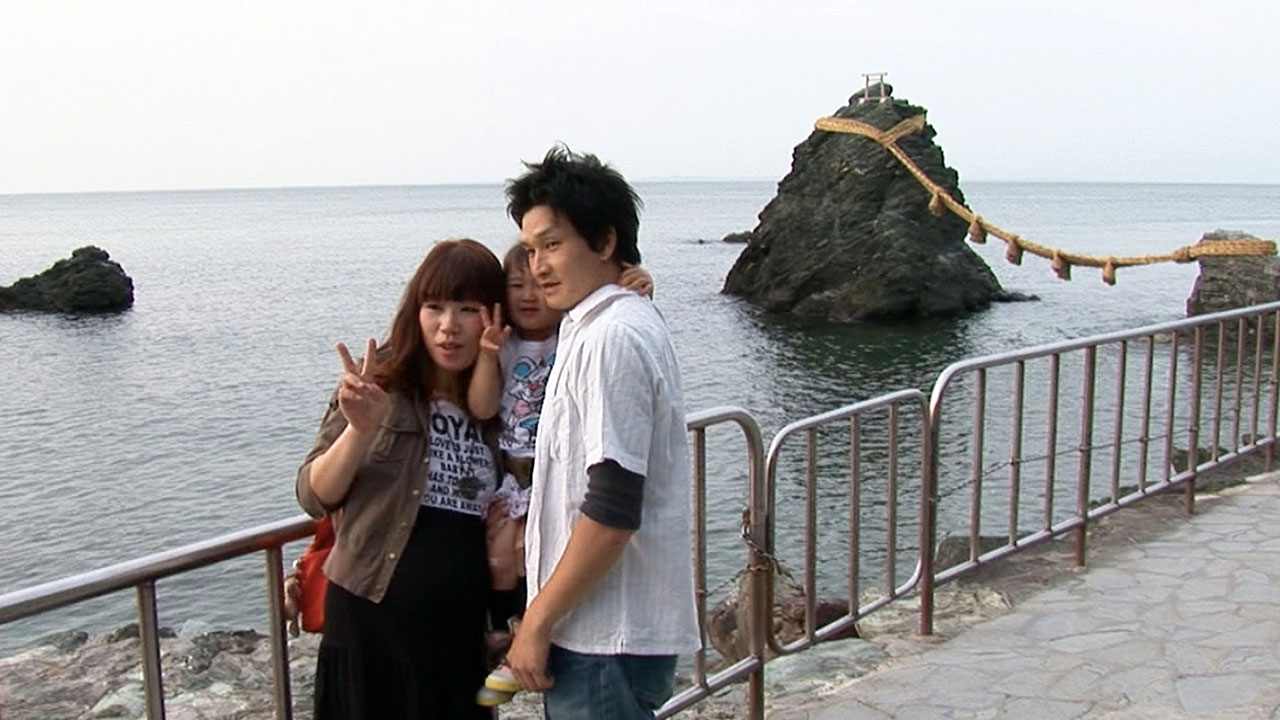 “Sound of a Million Insects, Light of a Thousand Stars” (2014) takes a more scientific approach. We witness the result of director Tomonari Nishikawa’s six-hour tungsten film experiment, where 100 feet of 35mm negative film were buried beneath a country road only 25 km away from the Fukushima Daiichi Nuclear Power Station. Previously an evacuation zone, at this point the contaminated soil had already been removed. It had been deemed safe enough for people to come back and go about life as usual. Nishikawa condenses six hours into two minutes, contrasting what we can see with our eyes and what still lingers, invisible to our gaze. While the night of the film’s exposure, June 24, 2014, was a peaceful one, marked by a starry sky and singing insects, Nishikawa’s film reveals the invisible chaos underneath.This short film leaves us questioning how much disaster can really be erased from our memories, or from the foundations beneath us. It implies that the remnants of disaster still lurk, quietly, beneath our feet and in the back of our minds. 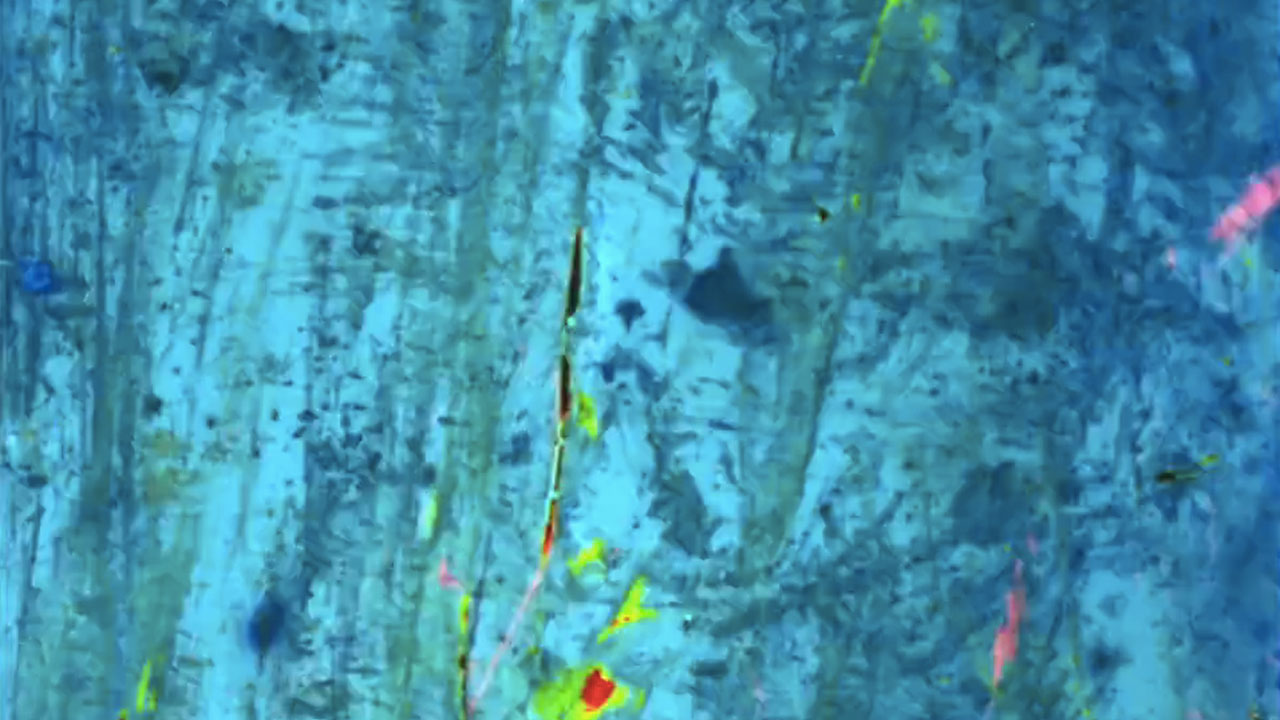 Sound of a Million Insects, Light of a Thousand Stars (2014)

Finally, Eve Cecarelli’s animation, “Fukushima 5 Years After” (2016), confronts the lingering effects of the Fukushima disaster by tenderly assessing scenes of daily life in the re-populated area. People go about their lives, tending the fields, playing with schoolmates, or drying laundry as insects lazily punctuate the transitions from one scene to the next. In a way, life seems unchanged, going by gently. This softness is furthered by the watercolor backgrounds and the wholesome animation style. But the characters’ normal interactions are contaminated in and of themselves with the sense of something lost, something ruined, or something abandoned. Because of the muted style, moments of interruption seem even more jarring. The characters’ attitudes and comments toward the disaster may seem blasé, but they carry real weight, revealing that the disaster has deeply changed how they go about their daily lives. Cecarelli evokes this beautifully, suggesting that life goes on but is never quite the same. 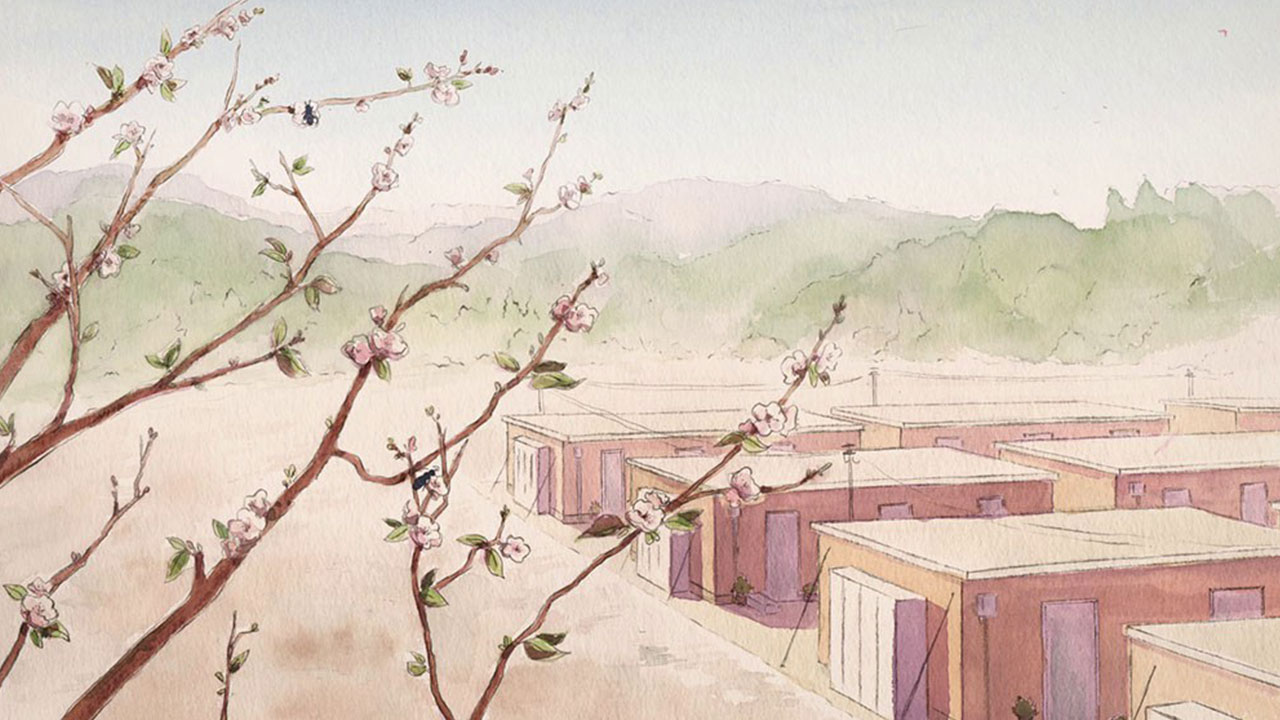