The Chain Reaction of Life 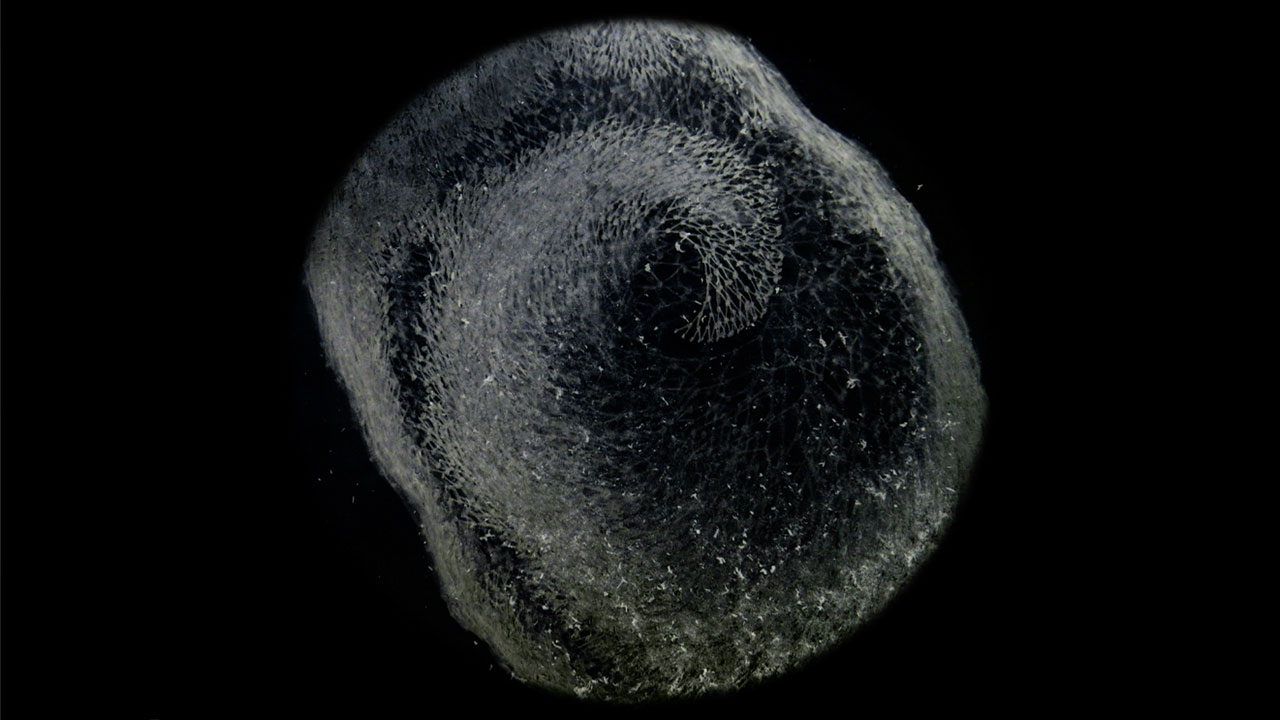 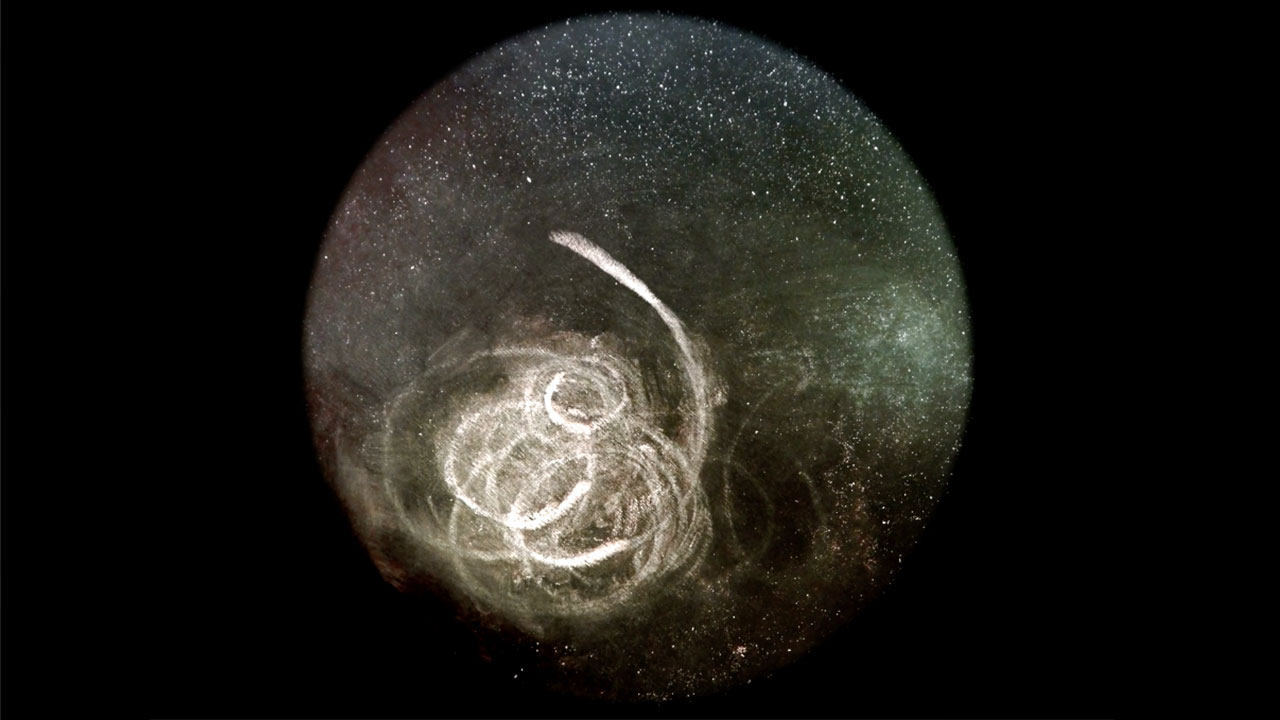 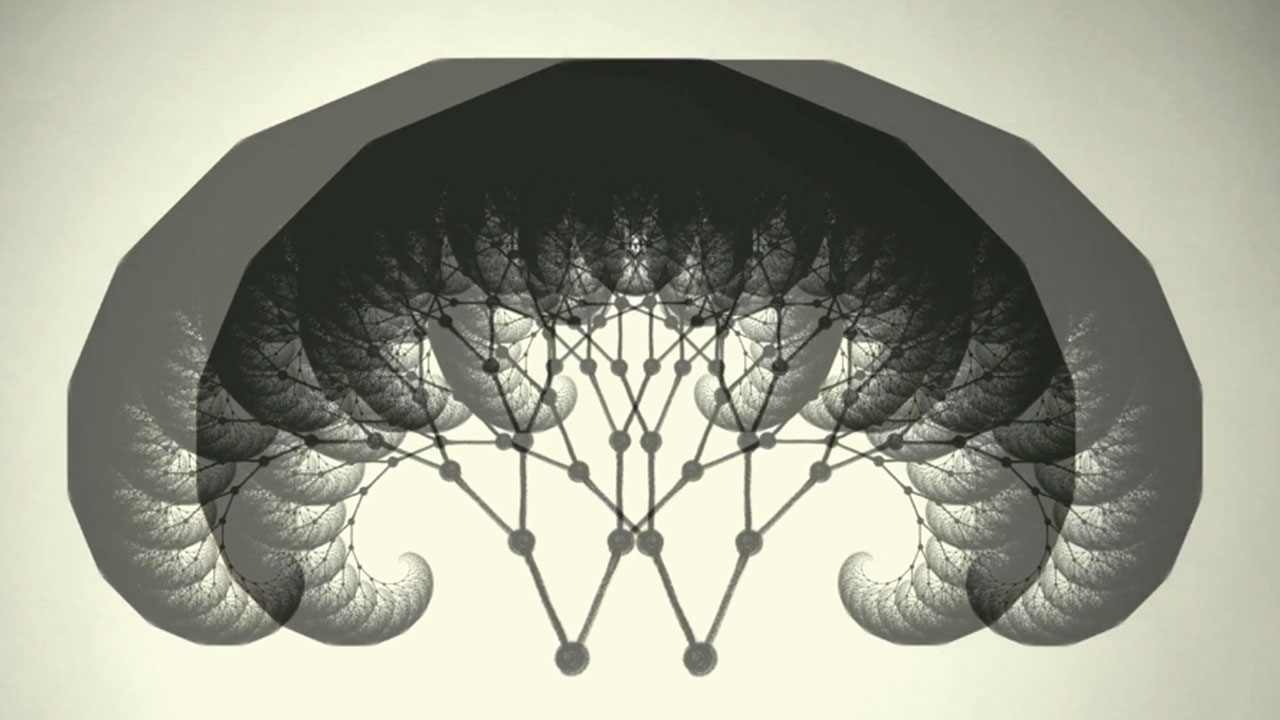 I am researching various aspects of living beings and how they’re connected with each other.

I am making processes tangible humans cannot sense in daily life, like: the curiosity of growth and the strangeness of death; the invisible mycelium of humans; the wood wide web that makes connection between different organisms in forests and other ecosystems and in general how everything might be connected with each other and is relating to each other.

From this perspective I am creating artwork with a strong relation to scientific issues by using various media.

An important tool to make processes visible, I am interested in, is stop-motion animation of drawings. The animations are made by drawing and erasing on a single paper or on blackboard — frame by frame without cutting. This is an intensive, time consuming and meditative process which enables me to dive into the action and take part of it. 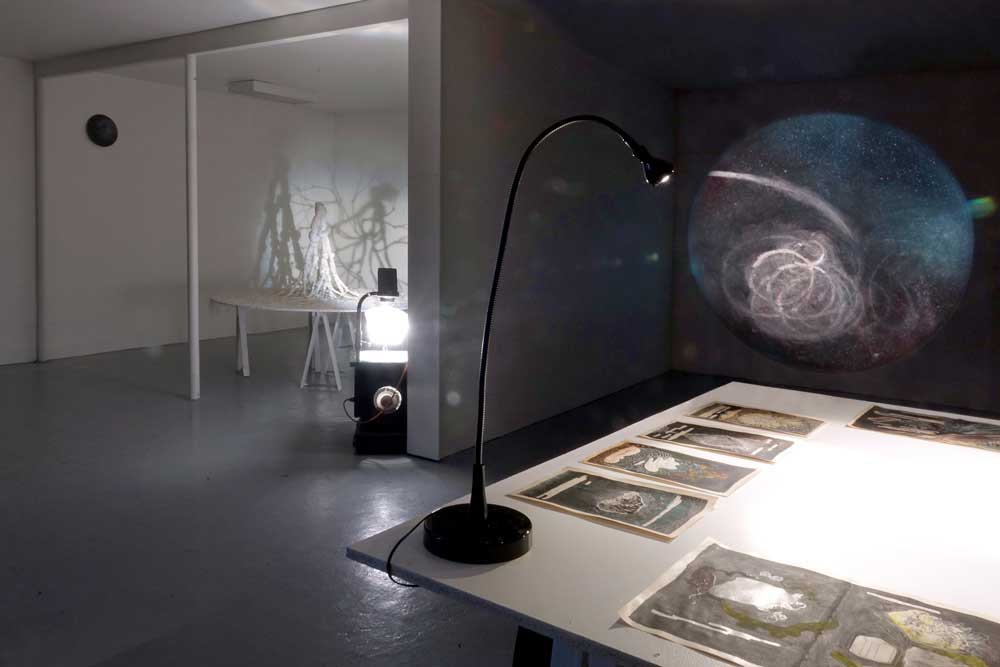 The three featured animations are all referring to the process of growth, reproduction and movement in — each in a different way:

Firstly “LEGACY — Pairing” (2006/2012) is one of two films that refers to modes of reproduction. The film shows a growth which is the model of a universal family tree in which every human or animal can find itself. The film Pairing is showing how perpetually two objects are meeting and pairing — and hereby are producing a new final point in a plant of ancestors. The second film “LEGACY — Division“ is showing how again and again growths are dividing to two separate objects.

The topic of both video animations is the permanent chain reaction of life; enabling us to appreciate the evolutionary mechanism beyond our everyday perception of time and space.

Secondly “ORGANISM 8 / Growth # 3” (2013) is an animated pencil drawing, tracing an endless process of growth. After one object/form is grown up and completed, on top of it another object/form is starting to grow. This refers to the endless cycle of live and death and is also a reference to dead bodies of organisms that are providing nourishments for the living. 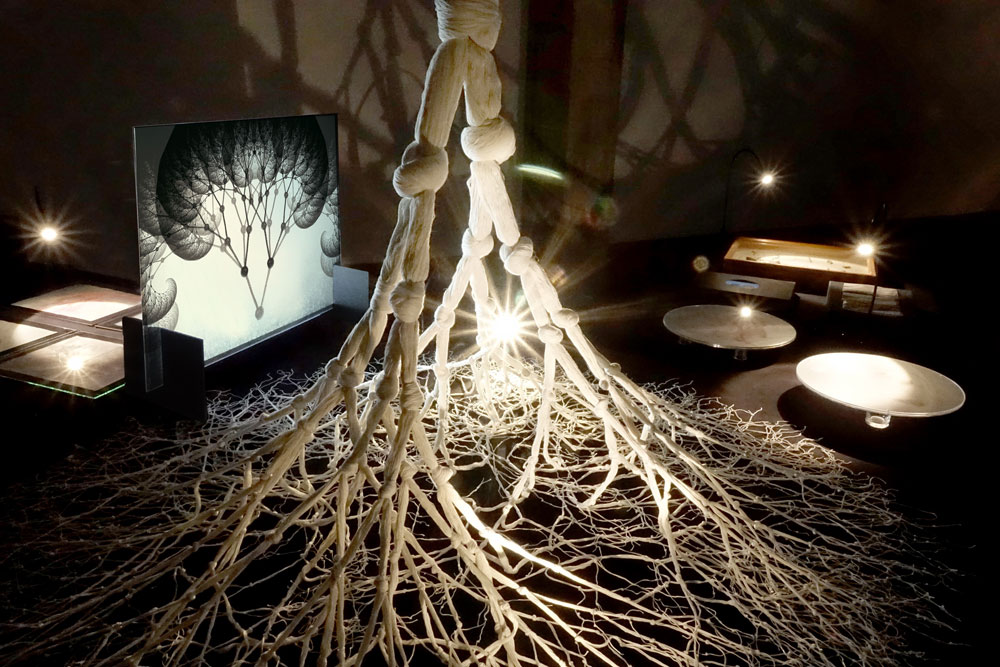 And thirdly the animated chalk drawing “ABIOTISM 3 / Matter #1” (2014) (belonging to a series of five films) is a reference to various phenomena of physics in a very open and poetic way. At the first installation at Institute for Theoretical Physics in Cologne, Germany, five round screens were installed at different places of the building, showing the five films in loops.

The sound for the animations is made with a traditional zither. 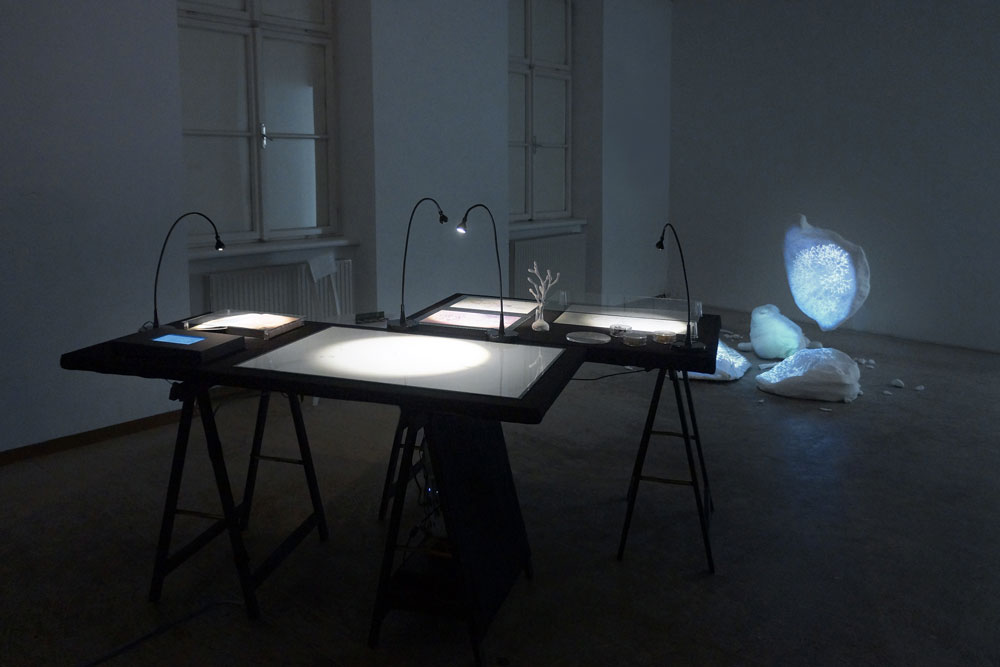 For my work it's very important how it is presented and projected. Often a film or animation is part of an installation and here for I am combining several works with each other to open a wider perspective. There can be sketchbooks and drawings next to findings from nature, next to a screen where one can observe a process of reproduction, next to a bigger sculpture in the exhibition space.

The screen can be quite small and appear more like looking at a petri dish one can look at from above. All films are conceived as loops without beginning or ending.

The rectangular format of papers and screens feels irritating to me, as you can´t find these forms in nature — also the eyes have more a round or oval perception. So in 2008 I started to work on films that are round and can either be projected on a wall, on objects or on a round screen installed in the exhibition space. 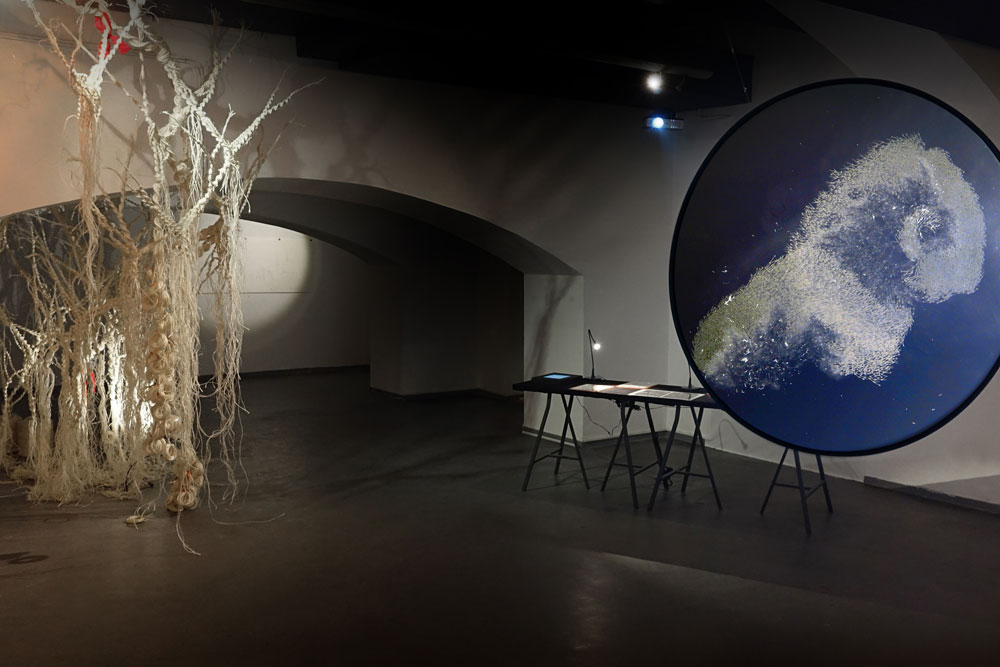 German artist Simona Koch studied Graphic Design and Fine Arts. She researches on the various aspects of the living being and how they are connected with each other. She received several awards and grants including the „Bavarian Kunstförderpreis for Applied Arts“ (2012). Amongst others her work was recently shown at: Togetherapart (Tanzplan, Kampnagel, Hamburg, 2017); Punto y Raya Festival (ZKM, Karlsruhe, 2016); Europe: The Future of History (Kunsthaus Zurich, 2015). www.en-bloc.de; www.abiotismus.de