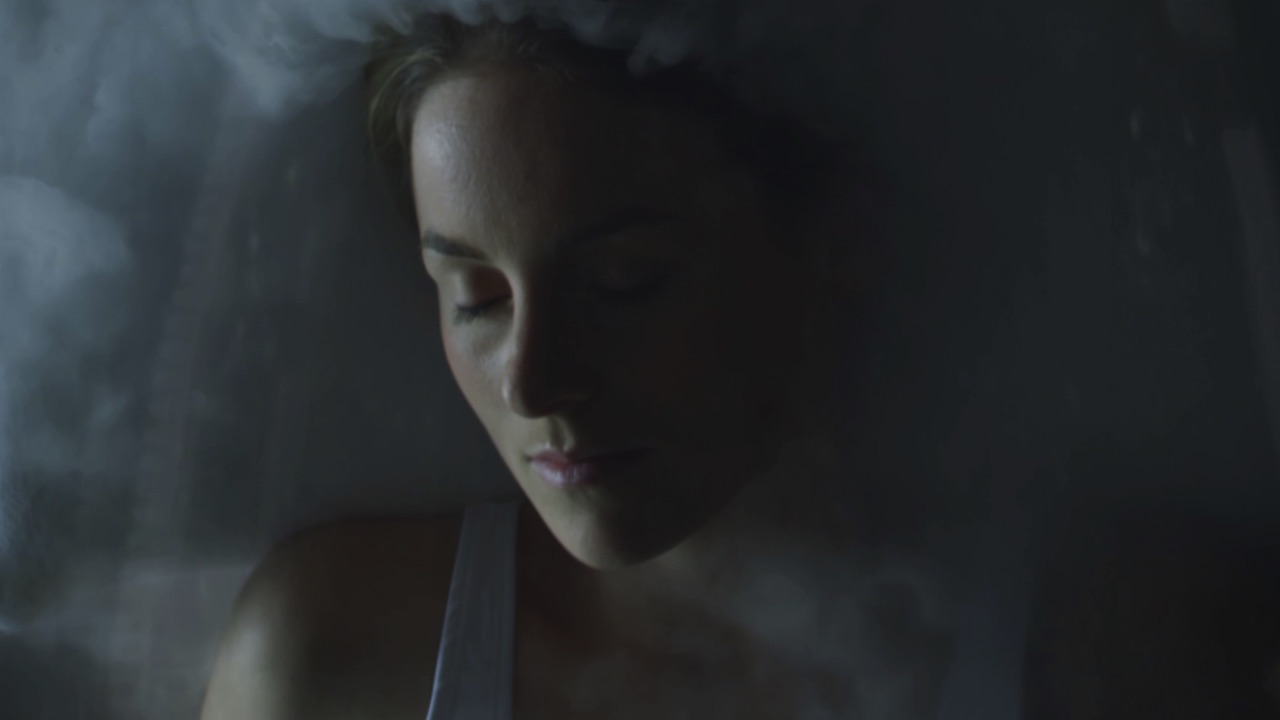 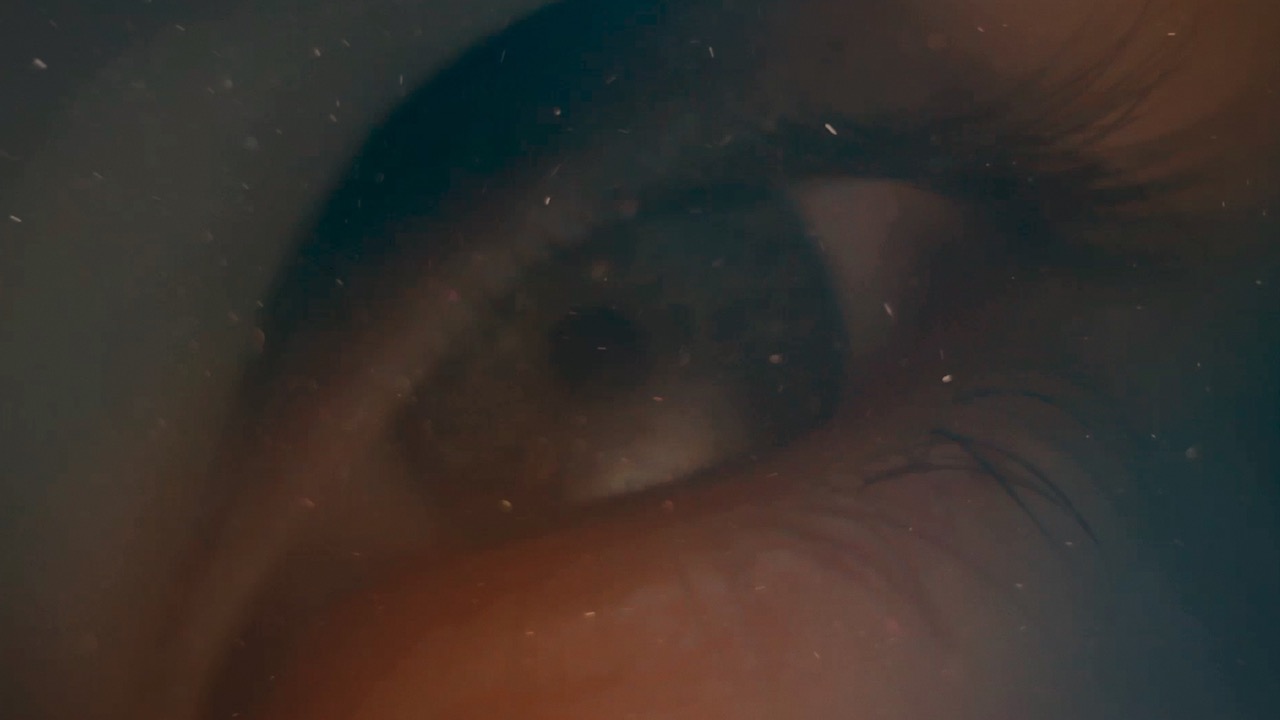 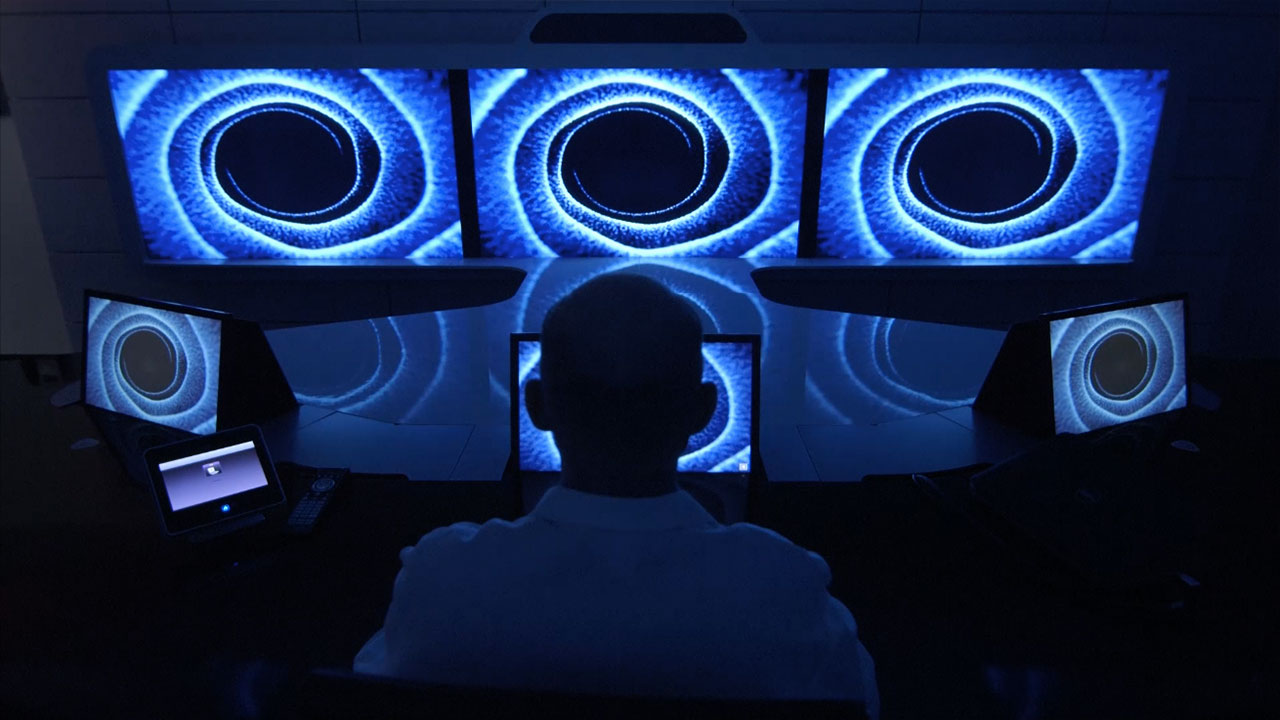 More than ever, society needs to experience cinema from female filmmakers. I reached out to director Cidney Hue to learn about the process behind the dazzling film “Spectrum,” which she made in less than a week with scientist Matthew Ahearn for the Symbiosis film competition. That naturally lead to more questions about her background, interests, and future projects.

Tell us about your background in movie making. How did you start?

I grew up as a fine arts artist and only realized my ambitions for filmmaking late in my teens after wondering who the genius was behind 12 Monkeys, my favorite sci-fi film at the time.

I took the train into the city twice a week while I was in high school to attend 16mm filmmaking and directing classes at SVA.

I became absolutely hooked on cutting b&w reversal film on a steenback.

From there, I applied and was accepted into NYU’s Tisch School of the Arts and have never looked back!

Is there a previous film project that you’d like us to mention?

My award-winning short, “Odessa” recounts the journey of an astronaut’s last night on Earth. My webseries for Wired & reddit, “Cyborg Nation,” profiles scientists at the forefront of prosthetics, robotics, and brain-computer interfaces.

My environmental documentary, Shark Loves the Amazon, toured nationally and premiered at the World Sustainability Forum to leaders and policy makers.

What are your thoughts about the intersection of science and film?

I’ve always loved space and science and grew up wanting to be an astronaut. The universe and how it behaves fascinates me. I often feel it is way more interesting than anything we can make up.

This appreciation extends naturally to my sci-fi filmmaking. I weave real-world science and technology into my narratives because that’s what I’m interested in seeing: our potential future. “There was a very telling studyreleased a year or so ago about women in engineering, leadership, political power positions in movies and it was somewhere around 10% for each of those roles. And, you know, little kids get their ideas from what they watch, so if little girls and boys all over the world are only seeing the same sort of representation of only guys as presidents and engineers and leaders, it’s going to infiltrate them subconsciously and they will think that only guys can do that. You don’t think you can be it if you don’t see it. So, gender parity, both in front of and behind the camera, is so important. That’s why, for me, it’s very important to tell sci-fi stories with women at the forefront, in the future, where they have achieved equality. I want to build that world before it happens so that we can make it real.” -Cidney Hue, via Womeninfilmportraits.tumblr.com

What’s next for you?

The Symbiosis film competition from Imagine Science Films pairs a filmmaker and scientist who have never before met to make a short film in less than a week. This year’s theme was “light.” Director Cidney Hue was paired with scientist Matthew Ahern, and together they made the short film “Spectrum.”

Cidney Hue:
Matt and I came into the competition without any preconceived notions of what we might make. We wanted to let the process and our partners’ interests guide us. After we were randomly assigned, we spent opening night getting to know each other and our work.

Matt showed me photos of his lab as he guided me through his process in creating and curing polymer adhesives for flexible screens. I was immediately drawn to the uniquely colored UV lights he used throughout his lab to protect and cure his concoctions. To me, light signified energy and life. Thus I suggested the theme of creation.

Matt then introduced me to Richard Mosse’s stunning infrared photography and we became hooked on the challenge of visually representing the entire electromagnetic spectrum in our film.

The next day, we continued our brainstorm over brunch. Using creation as our theme, Matt brought his Book of Symbols to the mix which guided us through the mythological arc of life and death throughout humanity’s many cultures and civilizations.

He gleaned from it the 7 stages of life: Spark, Dawn, Birth, Life, Old Age, Death, Rebirth and gathered the quotes that became the foundation of our voiceover.

Meanwhile, I researched and downloaded NASA footage that would help us to visualize gamma radiation and x-rays. We assigned each stage a section of the EM spectrum (Spark+Gamma, Dawn+X-ray, Birth+UV, Life+Visible, Old Age+Infrared, Death+Microwave, Rebirth+Radio) and then scouted his lab for the UV section.

We got stuck in a terrible traffic jam and exchanged many favorite films and tv shows as a result. By the end of the scout, Matt knew my affinity for sci-fi films and surprised me with an incredible futuristic teleconference room that ended up becoming my favorite scene.

Matt Ahearn:
We started by discussing my work with the synthesis of polymers that are cured with UV irradiation. Things grew organically from there as we began to focus on the entire EM spectrum and how it can be viewed through the creation/life cycle.

In retrospect, that was a very ambitious goal for a one week project but I think we did an amazing job and the film speaks for itself! Working with Cidney was a pleasure and she is truly a talented and visionary filmmaker of the future.

Konsonant Music was a huge help too.Being able to search and use the music in their easy to use database greatly helped bring our film to life.

Cidney:
The next day, we returned to his lab for an all day shoot with my cinematographer Nona Catusanu. We shot so much footage that we already had a 5 minute film but we didn’t stop there. During the week, Matt conducted research into microwaves while I recruited and shot the Big Hair Girls to represent the visible and IR sections. I borrowed an infrared camera from my life partner that he normally used for conducting energy audits of commercial buildings. It was not built for creative uses, let alone shooting video but I was able to make it work through some experimentation and reshoots. Matt and I then reconvened to shoot the microwave scenes where we blew up soap and grapes via his research.

While I was editing and recording the voiceover, Matt combed through Konsonant Music’s massive library to find pieces for our film. He was instrumental in crafting the spectacular soundtrack and offered lots of constructive feedback during late night editing sessions that shaped our film’s tone and ending.

We are incredibly proud of our partnership that incorporated scientific and artistic approaches from both parties and hope the audience enjoys the end result!

Filmmakers committed to launching a career should follow Cidney’s example in establishing a digital profile. She has a great website and vibrant social media presence. Find her here: