Science and Film as Instruments for Scrutinizing Our World 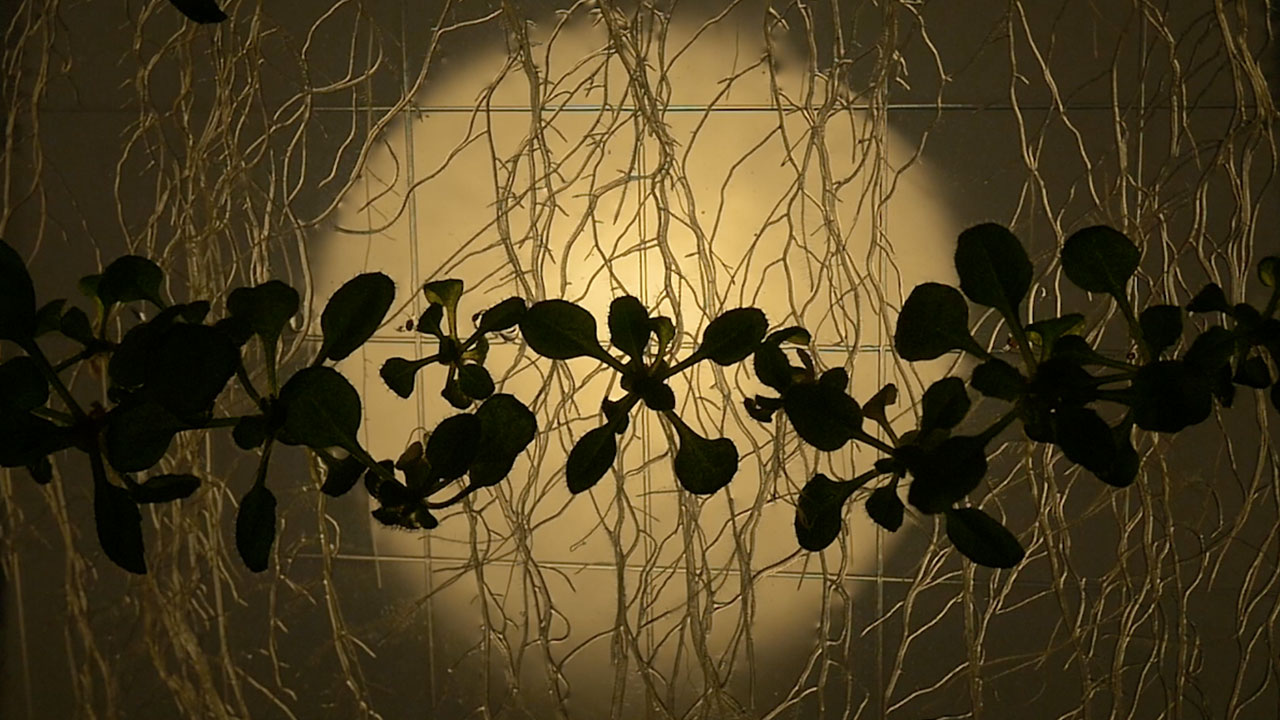 Filmmaker Toma Peiu on the intersection of science and film: "both are instruments for questioning, or scrutinizing the world as we know it."

In the following conversation, Toma talks about how he started making movies, the production company he founded with his wife, making Arabidopsis thaliana with Nicholas DelRose for Symbiosis, and what he's working on next.

Tell us about your background in movie making? How did you start?

I graduated with a BFA from the National University of Theatre of Film in Bucharest, majoring in Screenwriting and Film Studies; and followed that program up with an MA in Media Studies at The New School in New York, with a filmmaking-creative writing thesis focusing on the fragmentary everyday experience of the urban - in the form of a documentary film and a collection of short form texts.

I started thinking about cinema as something serious when I saw the first films at the Cinematheque in my hometown. I was 9 or 10, and I clearly remember Charlie Chaplin’ Modern Times. When I was in high school, I went to watch a Bergman retrospective there. At one point, in the middle of a two shot of Fanny and Alexander, the old film caught fire.

The effect of seeing that on screen was mesmerizing and haunting. The old celluloid prints, probably the same copies that my parents had watched decades before, were seriously damaged, the rooms empty, cold and damp.

Watching those films there, however, definitely made up for any inconvenience: the big screens and the amplified sound fascinated me. This is why I was shocked when the 900 seat movie theater in my working class neighborhood shut down for good, sometime at the end of the 1990s.

One of the last films I saw there was James Cameron’s Titanic – as absurd as that may sound, when I was in fourth grade, our teacher took the whole class to watch it.

By the end of high school, I had made one or two short exercises shot on a friend’s handycam, and really wanted to go to film school. But I had always thought that the directing concentration would be inaccessible to me, coming from a family who appreciated art, but never quite ventured into adopting it as a way of life, and didn’t have any direct connections to the field.

Being passionate about interdisciplinarity, and equally interested in the written word, both as creative writing and scholarship, I ended up applying to the Screenwriting & Film Studies section, which to me sounded more open to experiments. Much to my surprise, I was accepted with a scholarship, and ended up dropping the other undergraduate degree I was pursuing at the time, in Geography.

During my undergraduate years, while I was also working as a freelance festival organizer or junior producer, I started collaborating with Luiza Parvu. She was a Directing major - and our professional partnership transformed into a personal one, too. We currently have our own production company, Root Films.

The narrative shorts we made earned some recognition in film festivals, internally and internationally. It was really only after we moved to New York, in 2012, that I started seriously considering directing, and putting my writing into more articulated form.

Becoming comfortable with tools - film and digital cameras, and sound recording equipment - also made a big difference toward my audiovisual thinking; as did the fact that at The New School I had the perfect example that practice and scholarship must not necessarily be divorced from each other, but may very well thrive in tandem.

Shooting, directing, writing or still photography are not that different to me; I do not see them separated. Most recently, I have become increasingly preoccupied with the potential of celluloid film and other “obsolete” media to reflect the world we are quickly getting used to see and represent only with our digital eyes. This is why I also wanted to incorporate a few shots on 16mm in Arabidopsis thaliana.

We are privileged to live in a time when we have an unprecedented amount of media tools at our disposal, as makers; I very much enjoy that multiplicity of available formats and would like to hold on to it; perhaps a political statement is implicit there too.

Is there a previous film project that you’d like to mention?

I am currently sending out into the world my thesis documentary short film, Civilians. It is a piece which privileges the idiosyncracies in the everyday of five diverse communities across the boroughs of New York. It was my occasion to use the camera lens as a transformative “window” to identify street level dramatics which only become apparent upon a persistent gaze. It is also, in a sense, a love letter to the non-touristy, non-hip New York I’ve come to treasure, and wanted to have my own document of – this Noah’s Ark of humanity.

I was particularly proud of My Baby, a short film shot on 35mm in Bucharest, directed by Luiza Parvu, where we experimented with narrative form on a subject which involved sensitive issues of race, class and gender, with critical contributions from cast members and the cinematography of Andrei Goaga. The film didn’t win major awards, but it played in festivals around the world - and made it all the way to the Film Society of Lincoln Center, in the program of the Making Waves Festival of New Romanian Cinema.

We were lucky enough to show two other films there, including our most complicated production to date, Start Anew World,  a narrative short film inspired from stories of Central and Eastern European immigration to the US, in the early 1900s, one of which happened in my family.

This was shot in Brooklyn, in a farmhouse dating from the 1600s which is at the moment the oldest structure left standing in New York. The film aired on HBO and played in festivals around the world, and across Romania. The most important contribution it made, though, is that it opened up a conversation about the history of emigration out of Eastern Europe.

Migration had only been discussed out of context, as an exceptional present day phenomenon, whereas we wanted to show that this wasn’t the case at all: rather than an extraordinary process, it is one of the rules of population dynamics across the ages.

Share some of your thoughts about the intersection of science and film.

The creation of cinema is a consequence of the industrial revolution, which is a consequence of technological developments made possible by scientific research. As with any form of mediated expression, there is originally a genealogical relation between film and science: one started as the product of the other, in a sense; but they have shared a very complex and tangled century, where science has been both an object of fascination and one of the propellers for the evolution of film language and technology.

What seems most interesting to me, though, is the fact that both science and film work with the material of physical reality in order to transform, challenge and surpass it; that they both are instruments for questioning, or scrutinizing the world as we know it. It is this connection, and collision, between science and film which excites me, rather than the “genre” approach which takes science and film as props to serve particular narrative conventions, such as the science television show, or the classical science-fiction.

As with filmmaking, I believe the power of science lies in transforming the way we see reality through research, instead of merely translating or describing it by using established conventions.

For the Symbiosis competition, I was fortunate enough to be paired with plant biologist Nicholas DelRose, who shared my passion for experiment, and who was ready to look at his research in new light; just as I was ready to use the camera to explore the macroscopic and microscopic world in a different way than I had before.

We aimed at creating an experience in which we refused to see film and science in a hierarchical relation, but rather in a truly symbiotic one. I do not know if
Arabidopsis thaliana is visually innovative at all, but I do consider true multidisciplinarity as key to creative new-ness.

What is next for you? What are you working on, or hope to work on next?

I am especially thrilled about the feature film I am writing and producing right now – provisionally titled Ubi Bene, Ibi Patria / A Place of My Own.

This is Luiza’s thesis project for the MFA in Film Production at NYU Tisch, which we shot over the past summer. It is a documentary road movie focusing on themes of immigration and belonging, and playing on tensions, analogy and contrast between history and the present day, itinerating across Europe and the US.

I am very fond of my freedom of expression, so I always try to steer clear of categories such as “director”, “writer”, “fiction”, “documentary”, “scholar”; I do have plans right now for some more experimental cinematic work, but also, in the longer run, for a possible narrative screenplay, a hybrid short film, and perhaps a book.

It is important for me to be able to continue to focus on creative work and research of different sizes and scopes, and the time and resources needed for it are highly valuable.