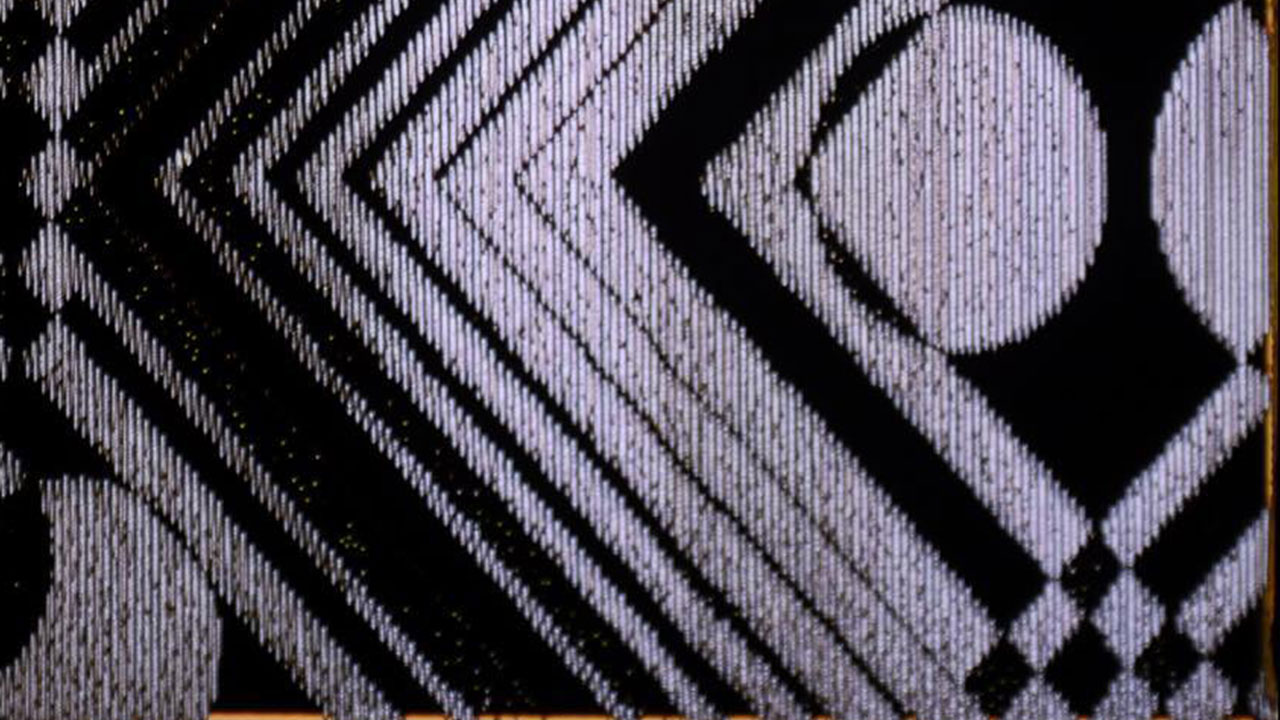 Historic artifacts help shape our understanding of cultures and build an aesthetic language for previous eras. Objects skillfully created by the craftspeople of the past are often valued for their artistic worth. However, these artifacts hold integral clues into the belief systems of ancient and indigenous civilizations, including the scientific beliefs held by such cultures.

In Quimtai, a six-minute moving image work directed by Camilo Colmenares, the intricate textile patterns of the pre-Columbian indigenous Tairona and Quimbaya cultures are brought to life. Patterns drift and converge across the screen, while emerging formations bring viewers into a state of geometric hypnosis.

These patterns are as precise as they are mesmerizing, and the work brings forward notions of technological meticulousness despite being based on the visual products of such an ancient culture. It is through the handcrafted patterns and designs of the Tairona and Quimbaya that viewers can begin to understand the depth of embodied knowledge these cultures held in regards to the natural world and organic patterns in South America. 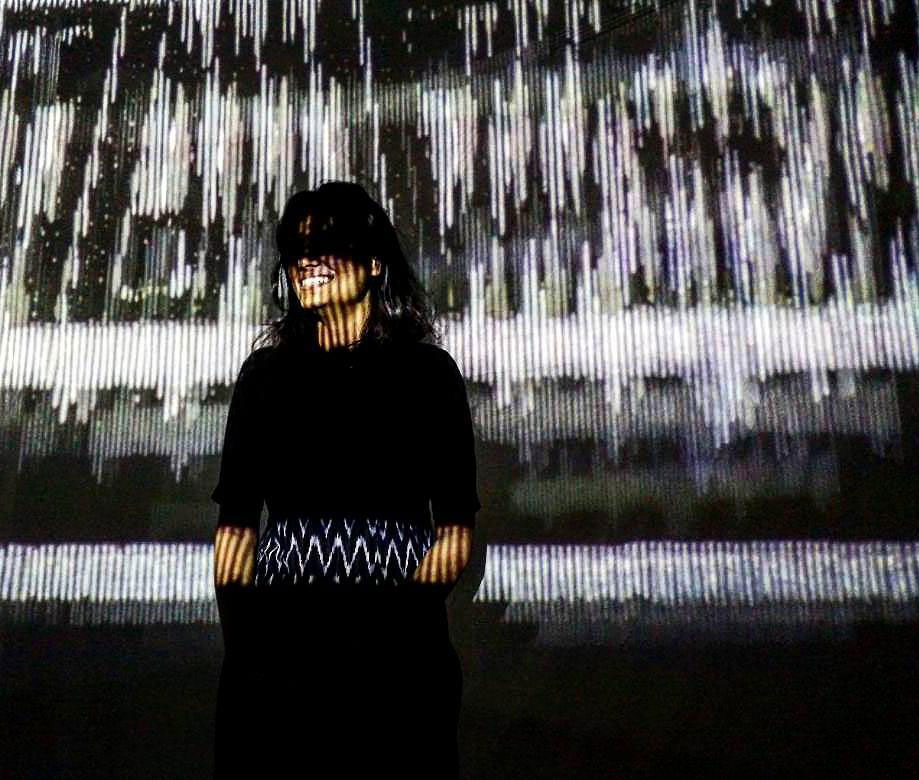 In many forms of indigenous science, observation of the natural world plays a critical role in scientific understanding. While contemporary science and technology is seeing a reemergence of this way of thinking, the earliest forms of biomimicry and biomimetics can be traced to the indigenous cultures that learned to work with nature rather than against it. This produced a more nuanced knowledge, dependent on specific geographic, environmental, and ecological contexts.

In its observations of the natural world, indigenous science places a higher level of importance on interconnectivity and the importance of recognizing patterns in the landscape. In Quimtai we see primal patterns interpreted into shifting geometric forms, suggestive of mountainous landscapes, bold foliage, and aqueous textures. Viewers can understand these patterns as the visual language of the shapes, forms, and relationships of the aquatic, terrestrial, and cosmological environments.

Quimtai also addresses ethnographic methods, combining old and new technologies to create a more dynamic approach to the archival of cultural artifacts. The patterns are laser-engraved onto 35mm film, resulting in an analog film style typical of German absolute film works by artists such as Walter Ruttmann and Oskar Fischinger. This mechanized production procedure is far from the tactile handcrafting processes of the Tairona and Quimbaya people, yet the abstract quality of the patterns reads fluently in a contemporary art context. In many ways, the film encourages the artwork of the Tairona and Quimbaya to transcend the ancient roots of these cultures and presents the patterns for a present-day audience.

Works like Quimtai allow our understanding of artifacts to move beyond the idea of antiquities kept behind glass, and the medium of film proves to be a powerful channel for translating the visual language of past cultures. Bringing the patterns of the Tairona and Quimbaya to life and into a contemporary context allows viewers to think critically about the cross-disciplinary exchange between the art we create and the laws of science we abide by.

Quimtai is available to view through Labocine, a digital film library featuring over 1,500 film titles by an international range of artists, scientists, and filmmakers. Become a Labocine subscriber for full access to their monthly issues.