Messages Behind the Science 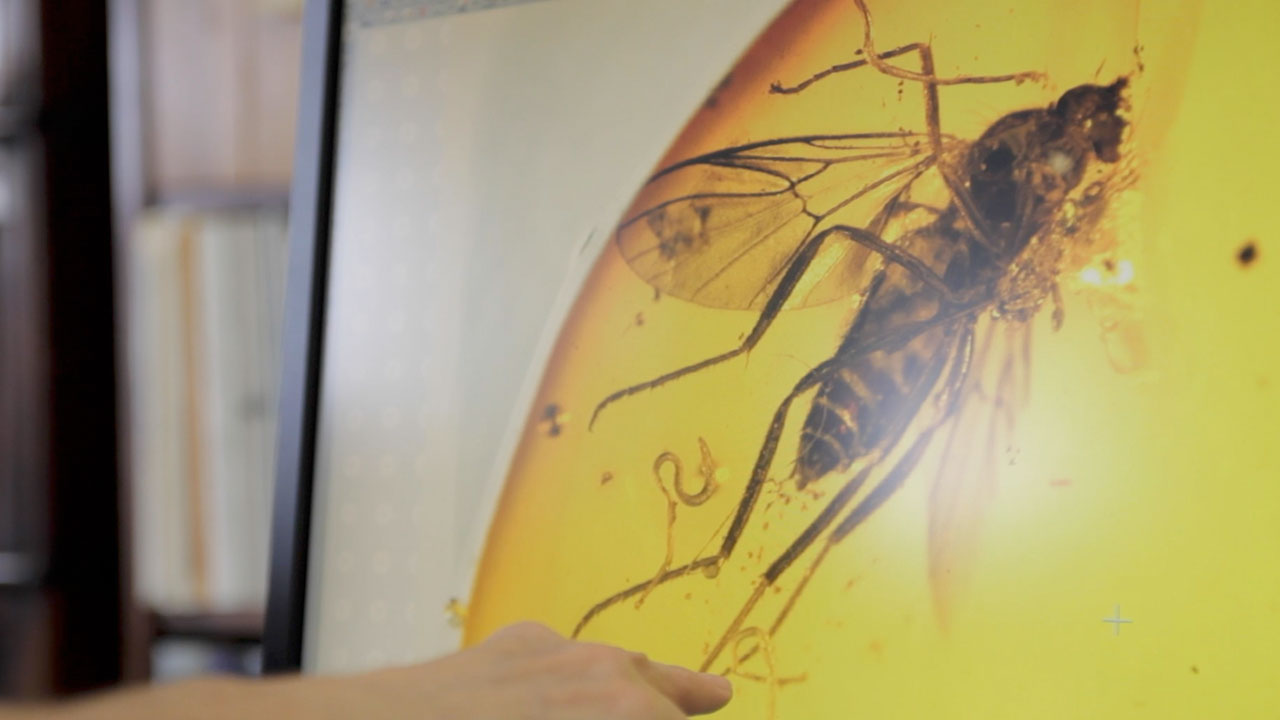 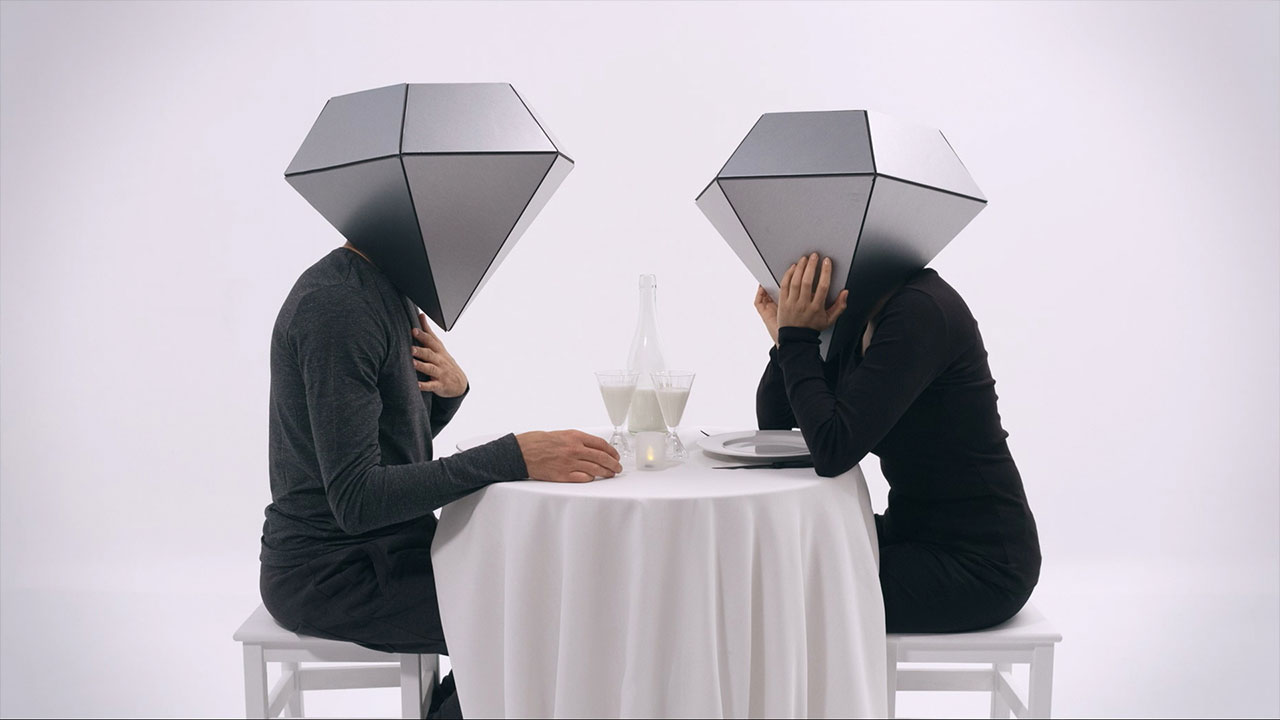 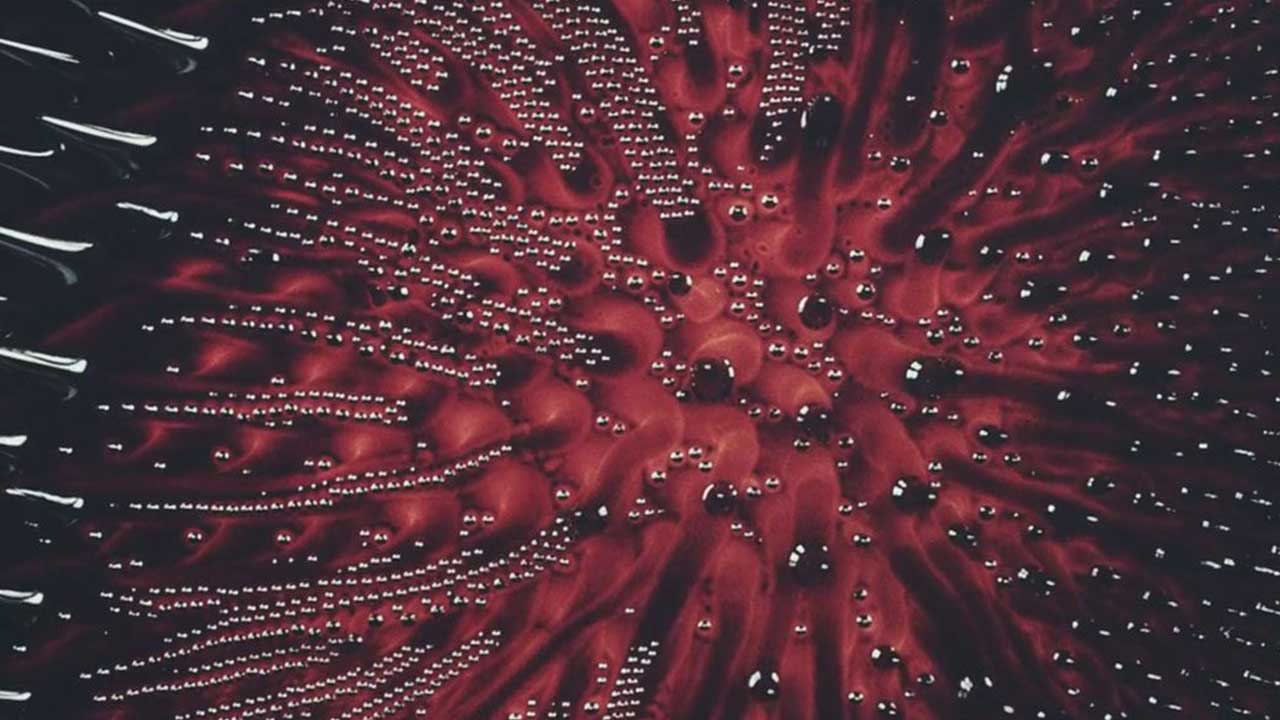 In a world that is surrounded by pop culture and reality TV stars, we are not excited by science. However, these three short films could be a small jolt to that notion.  In science we can find so many practical answers, yet not many know that science can have a spiritual answer for us too. 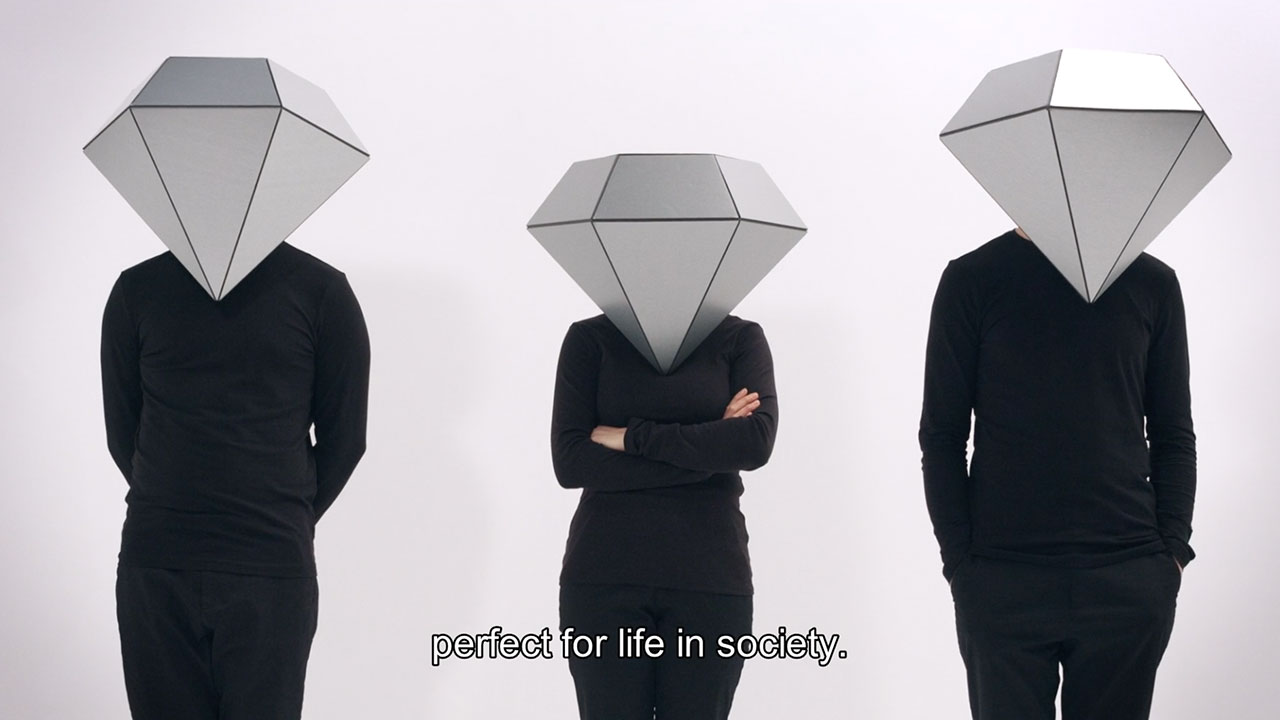 This short film of about eleven minutes visually follows a father’s story to his children about the history behind the diamond and the diamond’s size revolution.  A mixture of fantasy and reality; telling of the creation of the world’s first diamonds until the intervention of man has turned it into what it represents today.

Diamanteurs has an underlying tone where it shows the process of uniformity in diamond’s by rejecting any and all impure rock, only ‘decent’ sizes are accepted whilst small diamonds are crushed.  We can’t help but to see the message behind the story that the father is telling; social acceptance in today’s modern society is so important to us because we know if we are not perceived as perfect, we will be rejected too.

The diamonds are put through a further process of categorization; from colour, clarity, and cut.  Diamanteurs describes this process as ‘merciless’.  How fitting, this use of ‘merciless’ is to our society as afore mentioned.  We are constantly placed into categories, or ‘boxes’, if you will, whether it be race, gender, social hierarchy, education, geography, culture, religion, etc.  But even further, we are categorized by beauty, body shape and size, sexual orientation, style, lifestyle, career, the list is endless.

Once all the diamonds are polished, shaped without respect to its natural shape and then categorized in titles that elicit an emotion or chapter in life, we realize that they are all almost the same.  They lack their once original and unique personalities.  And so, a father’s story to his children becomes more of an honest portrayal of the world we live in.  This father’s fear of his own children becoming uniformed by the world; becoming ‘tamed’. 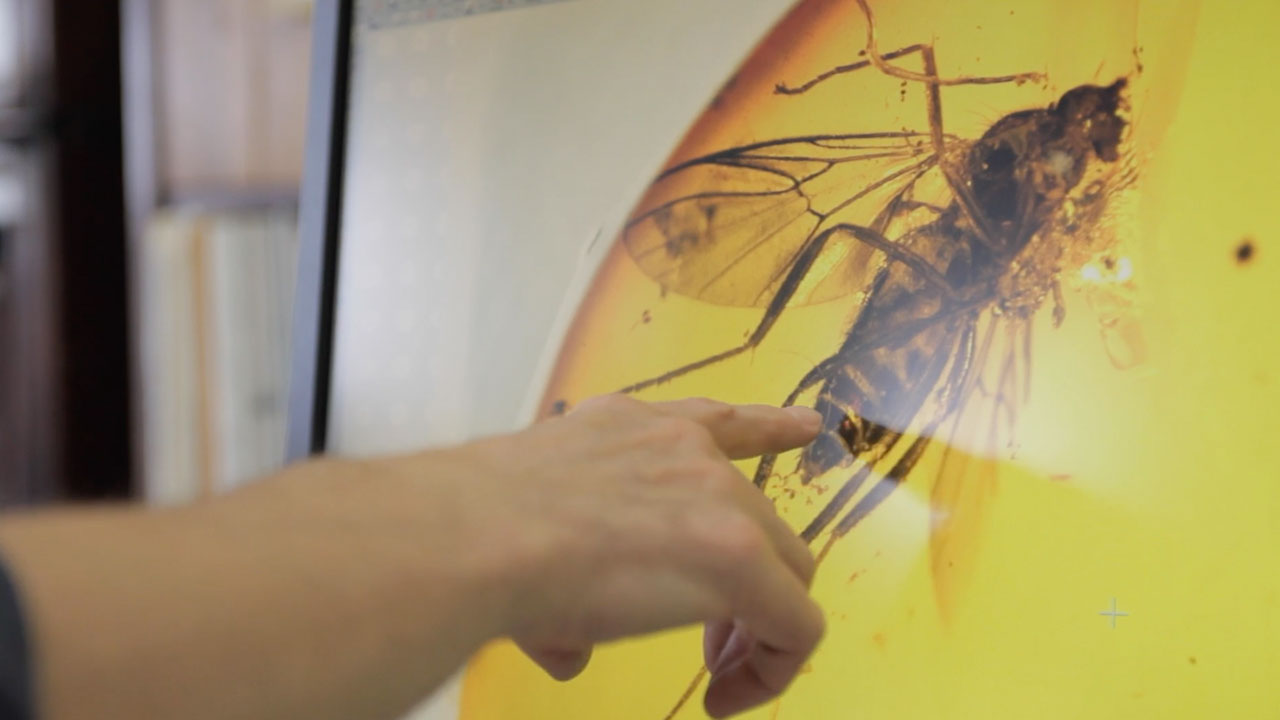 We all remember the scene in the Jurassic Park movie where character Doctor John Hammond, the owner of the park, has a mosquito preserved in a beautifully polished oval orb of amber from which he was able to create the dinosaur attractions as the mosquito had dinosaur blood within.  Well, this seven minute short reminds us of the amazing possibilities when it comes to fossils and science, just like it excited us in Jurassic Park, especially when Dr. David Grimaldi and Paul Nascimbene are the ones explaining exactly how amazing it can be, specifically to do with amber.

In this seven minute short we are invited into the American Natural History Museum, where Dr. David Grimaldi shows us the most ‘precious’, in his opinion, two square feet in the whole museum.  This would be a drawer filled with bees preserved in millions of year old Baltic amber, unlike the perfectly polished amber from Jurassic Park, this amber is fractured and difficult to work with, which are further preserved in synthetic resin so as to stay whole after years of handling.

Grimaldi describes these preserved creatures as a ‘window into the past’.  Although cliché, they are truly a snapshot of life in a very specific time period and in a very specific place in the world.  So much can be told about the world from these specimens.

An important watch as we don’t realize how much is still being discovered every week; we, as a society, are so set in stone about the world, as if we know all there is to know, yet there is so much yet to learn.

A very short two-minute film, yet one filled with texture, sound, and visual satisfaction.

In 2014 speculation about a ninth planet begun, and has become one of the hottest topics of debate in planetary science; it’s name, simply Planet 9.  So far, there have been hints to its existence, but no confirmation as of yet.  So, this short film is an attempt to visualize surfaces and organisms from Planet 9 by looking at our own planet in an abstract macro way.

Each visual is accompanied by a dramatic pulsating score which invites you into this world that is Planet 9, it becomes that of an audio-visual experience with ASMR qualities.  The film is filled with short, yet powerful, cuts of textures across the board.  Moving and still, these textures include cracks, stones, rough, soft, water, smooth, magnetic, wet, cold, dark, and light to name a few.

To watch it is to have a powerful experience, experiencing textures of our planet and seeing it in a way that is physically impossible for us humans.  We watch this film with the impression that what we are seeing is other-worldly, then to find out it is in fact our very own world, we often are never wowed by what is just under our noses, perhaps we should appreciate everything a little more.

Another amazing attribute of this film is that it was completely shot in live action and practical effects; no CG was used in the making.  If that doesn’t get you excited about science, then I don’t know what would.