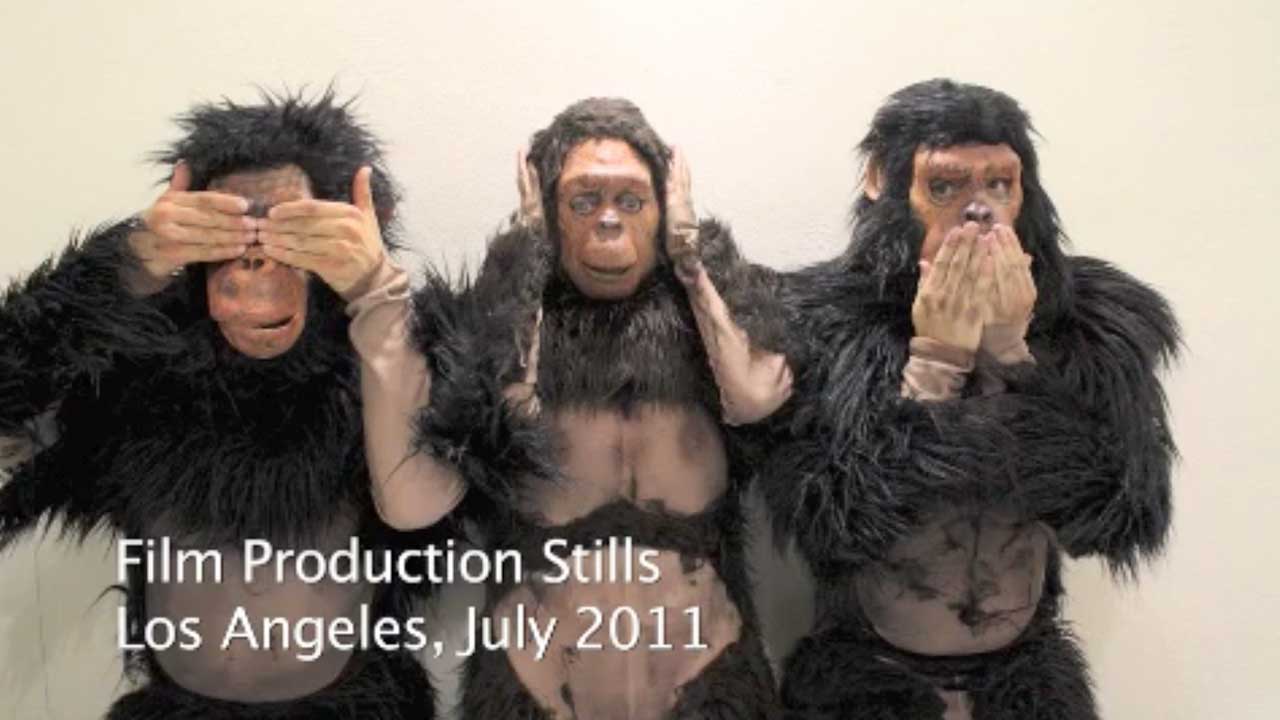 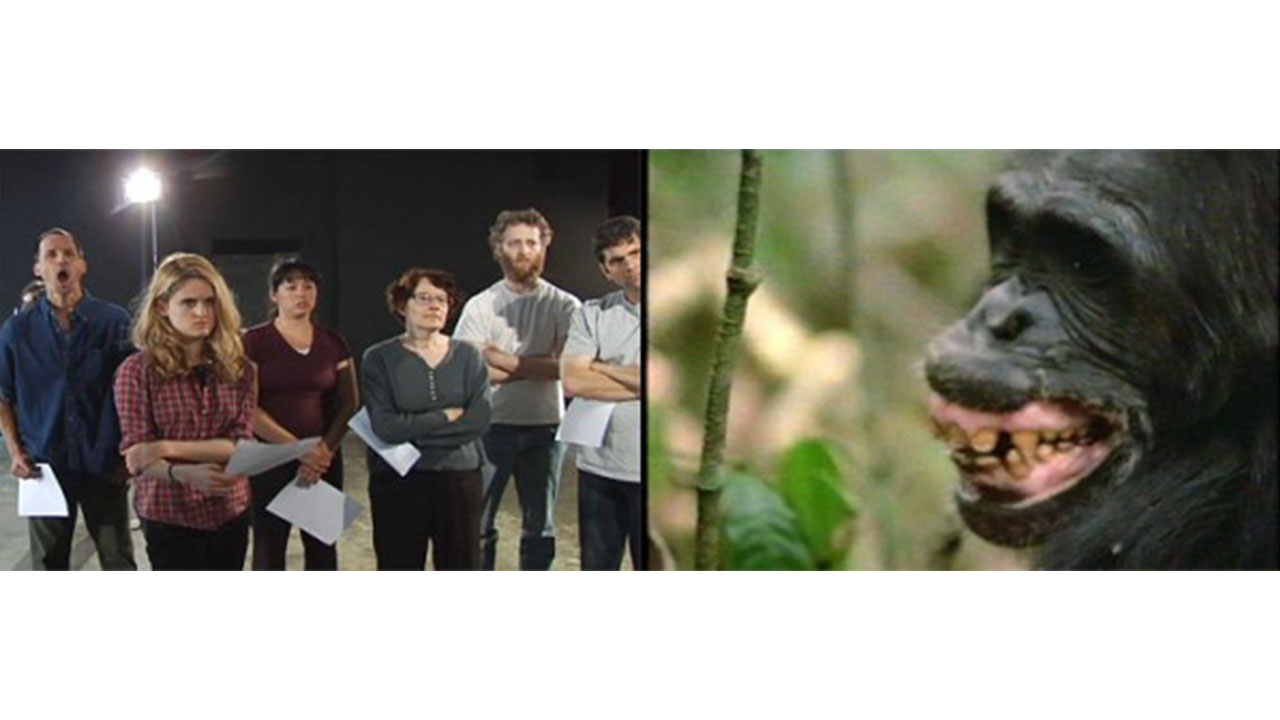 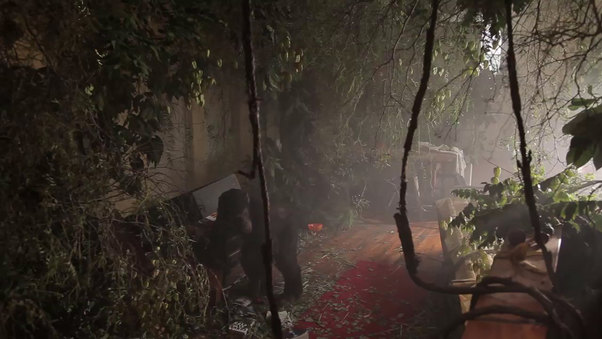 Primate Cinema: How to Act Like an Animal / Directed by Rachel Mayeri.

This short film is laugh-out-loud funny, and expanding of one’s consciousness. It seems to meld two different visions that we may carry around in our minds. The first is that humans are entirely and only humans, and chimps are completely separate from us. By using humans who mimic chimp behavior these two very distant visions gradually may come together or even merge completely. 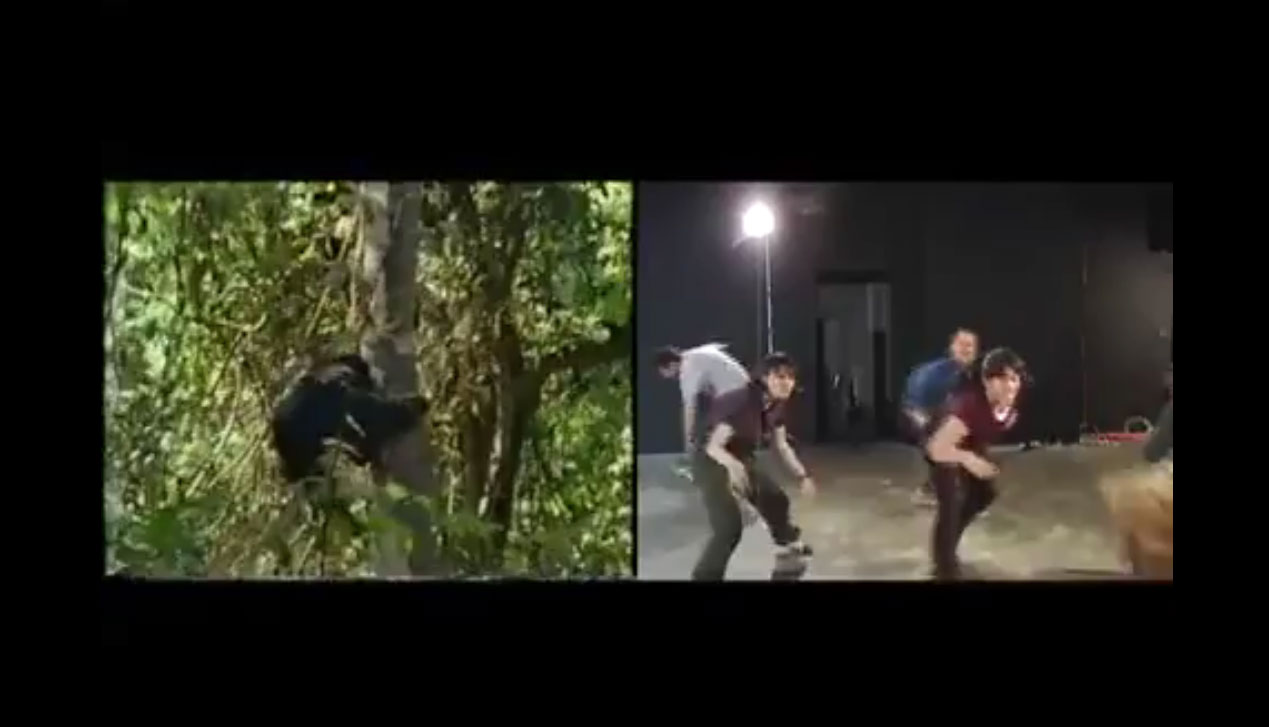 Mayeri takes this blurring of the line between chimps and humans much further in this film which stretches incredulity almost like no other. It is disorienting in the exact manner of art you experience in a museum which has the intention of challenging preconceived notions and expectations. It is both subtlely shocking and gripping while being bizarrely compelling. The feature film Planet of the Apes accomplished something similar many years ago, but it had a relatively huge budget with professional actors and spectacular settings for many of its scenes. One might argue that Mayeri has achieved something even more unsettling because real chimps are watching something fabricated for their consumption. It is a very unique experience. The director seems to be using the film and internal video screens to play on the idea of the mirror test, a standard method for trying to determine if non-human animals can recognize themselves in mirrors. However, in this film the ‘mirror’ is depicted on TV screens and shows scenes of other ‘chimps’ living in a  human habitat. This film was made to entertain captive chimpanzees but it might be even more enriching for humans. 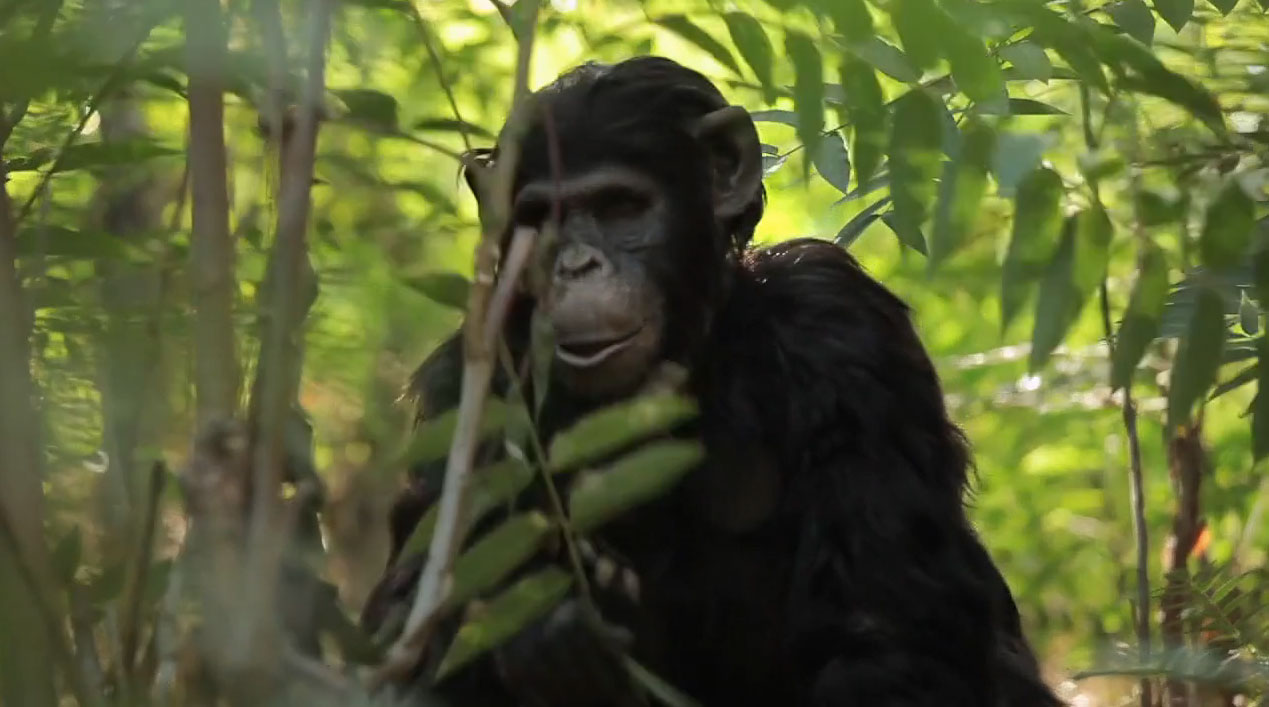 The Making of Primate Cinema: Apes as a Family / Directed by Rebecca Rowles

If you want the behind-the-scenes story for some of the ‘monkey business’ you will enjoy this documentary which explains how part of the Apes as Family film was made with human actors in chimp suits in Los Angeles. Have you ever wondered which kinds of films chimpanzees like to watch? Maybe not, but maybe this question isn’t so different from what we humans like to watch, or why we like watching at all.

Can chimps experience emotional contagion from watching footage of other chimps? This film suggest that it is possible, but is this possibility an unsettling consideration for humans? What if we aren’t the only ones who experience this phenomenon?

Mayeri says the chimps seem to be most interested in things like sex, food, violence, drumming and social politics. Sounds familiar doesn’t it? 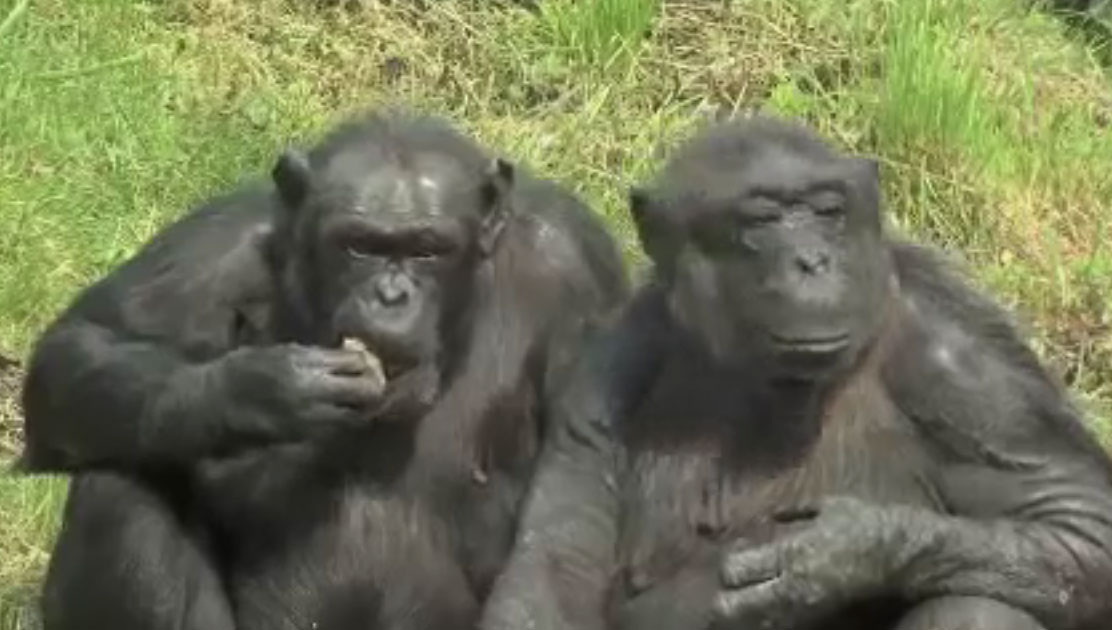 The Making of Primate Cinema: Apes as a Family