From the Kyoto Botanical Gardens to the Microscope 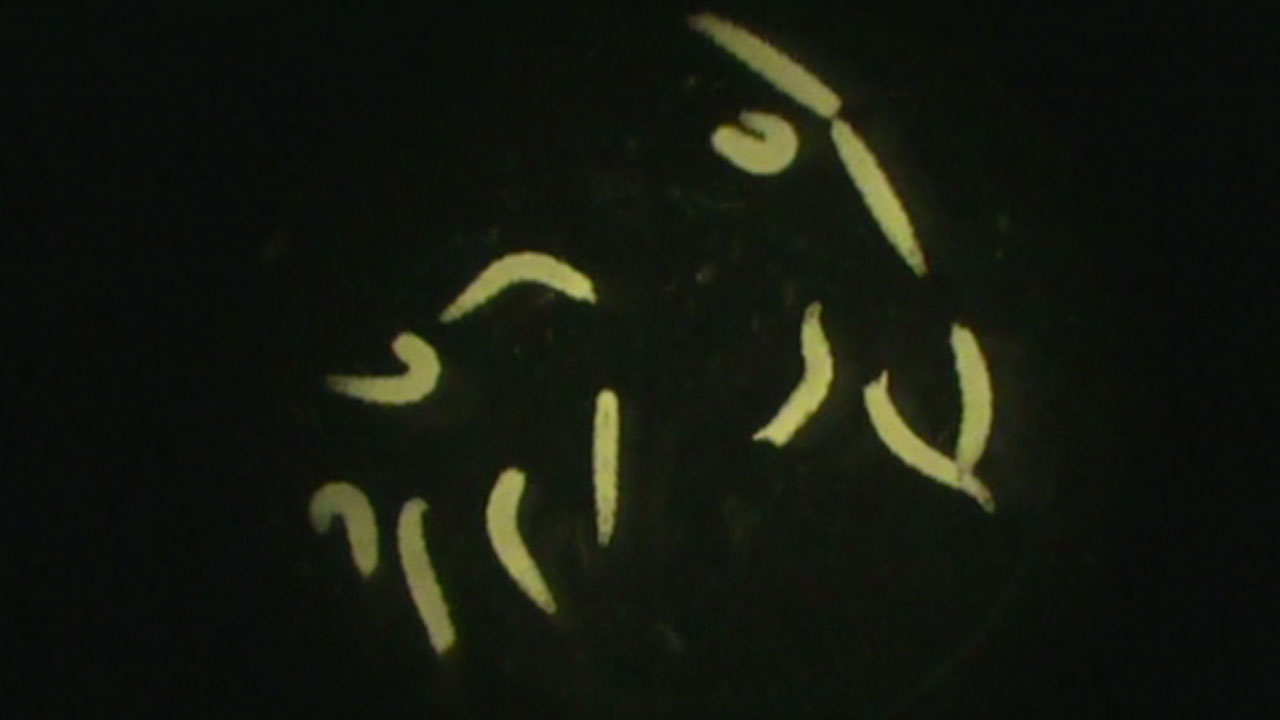 In Kyoto Fruit Flies: Collection and Variation, Shigeyuki and his postdoctoral fellow Keiji venture through the Botanical Gardens at Kyoto University to collect novel Drosophila strains. They bring them back to the lab and observe various strains, especially Drosophila guttifera under the microscope.

Shigeyuki grew up in the countryside of Chiba in the suburbs of Tokyo, collecting insects and crayfish. He did his PhD work on termites at the University of Tokyo and a first postdoctoral degree in a similar field of study at Hokkaido University in Sapporo. His focus on social behavior in insects led him to search for new variations, new samples around the world.

He then joined the Sean B. Caroll Laboratory at University of Wisconsin-Madison where he sharpened his skills in Ecology and Evolutionary Biology. He felt very fortunate to immerse himself in the emerging field of Evo-Devo, a field of biological research that compares the developmental processes of different organisms to infer the ancestral relationships between them and how developmental processes evolved.

He is now thrilled to be back in his home country and told us that Kyoto University provides him with great freedom to develop new research projects. He proudly states that Kyoto is "the former capital of Japan and a beautiful city with a harmony of nature, old culture, and new technologies."

In the Hakubi project, Shigeyuki studies how patterns are controlled, using fruit fly species with different wing color patterns. His lab focuses on the mechanism and evolution of pigmentation pattern formation in the wings of Drosophila. Using multiple fruit fly stains with differing traits and characteristics, he deciphers the mechanism of pattern formation and its mode of evolution.

As he looks up from his microscope, he tells us:

"When we have a full understanding of the mechanism of pattern formation, we should be able to draw a picture on a fly wing using genetic manipulation. The fruit fly is a very handy model organism because of the century-old genetic tools developed to test ideas and paradigms."

During his observation of subspecies of the fruit fly, Shigeyuki came up with a question as to how a unique trait specific to particular organisms (novelty) evolves.  As we walk out of the building, he explains why we are out of the lab. Shigeyuki works on Drosophila guttiera, a North American fruit fly species but he often collects closely related but different species in Kyoto at the Botanical Gardnes.

Dr. Shigeyuki Yoshikawa says "I am trying to find a new project concerning field ecology of Drosophila and its relationships with biological traits. The botanical garden is a place that allows me to grow my ideas. In this season some rare Drosophila species can be found around Camellia flowers. I am also studying pigmentation pattern formation of Drosophila guttiera, which has black polka-dots on their wings. With the transgenic technology, we can test a gene function responsible for pigmentation pattern formation."

As we walk back to the lab after a Fall afternoon of filmmaking, he says:

"This camera we used is a SONY HANDYCAM DCR-SX44 with standard mode. If the resolution is too low or you have any requests of improvement, we can come back."