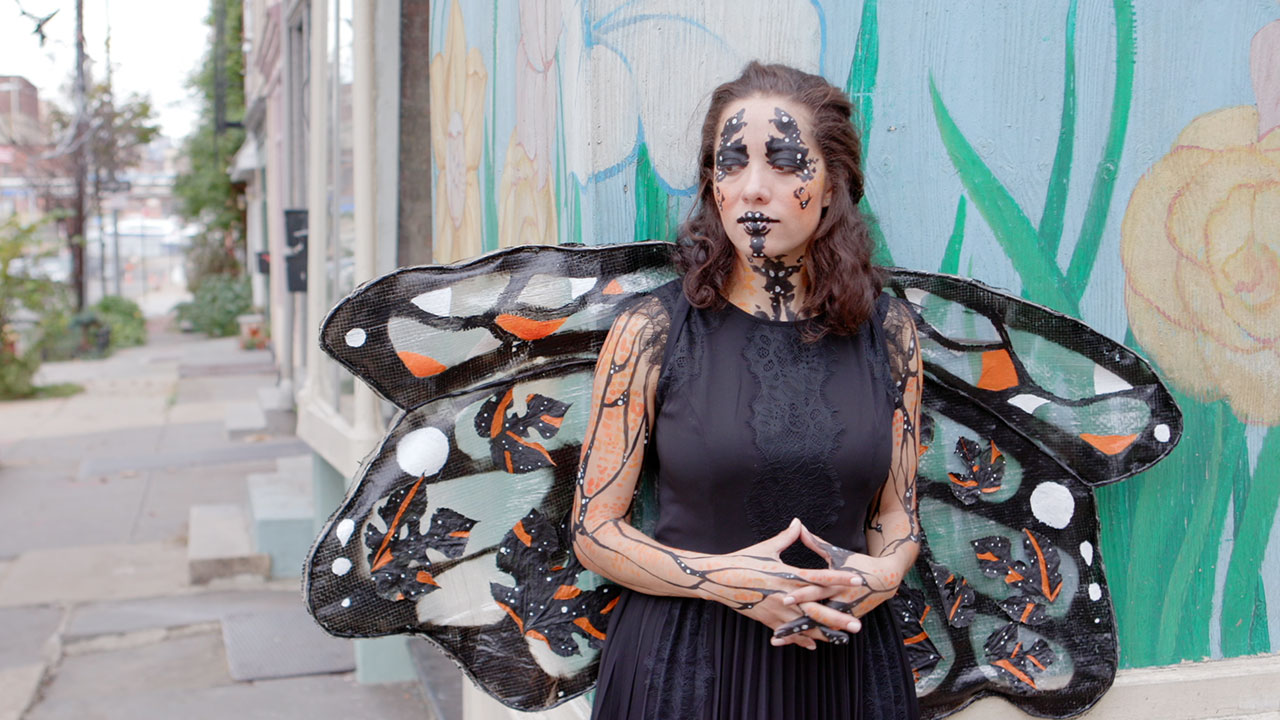 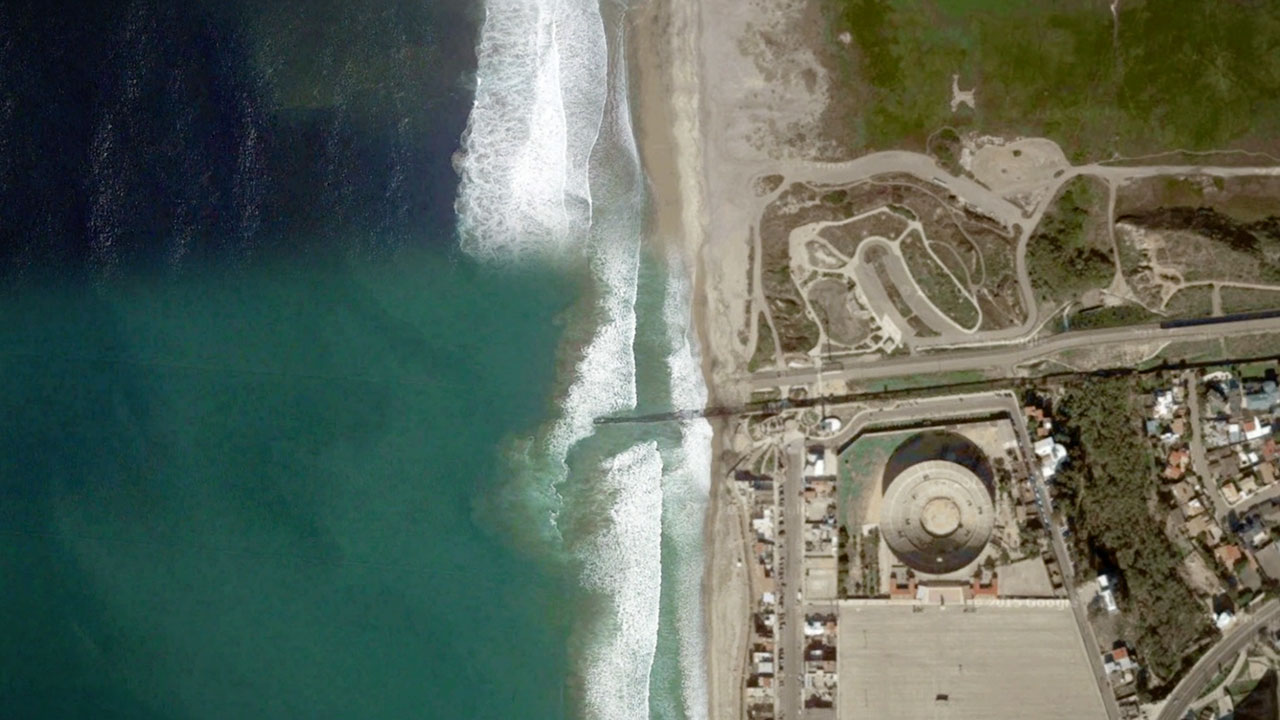 Best of Luck with the Wall 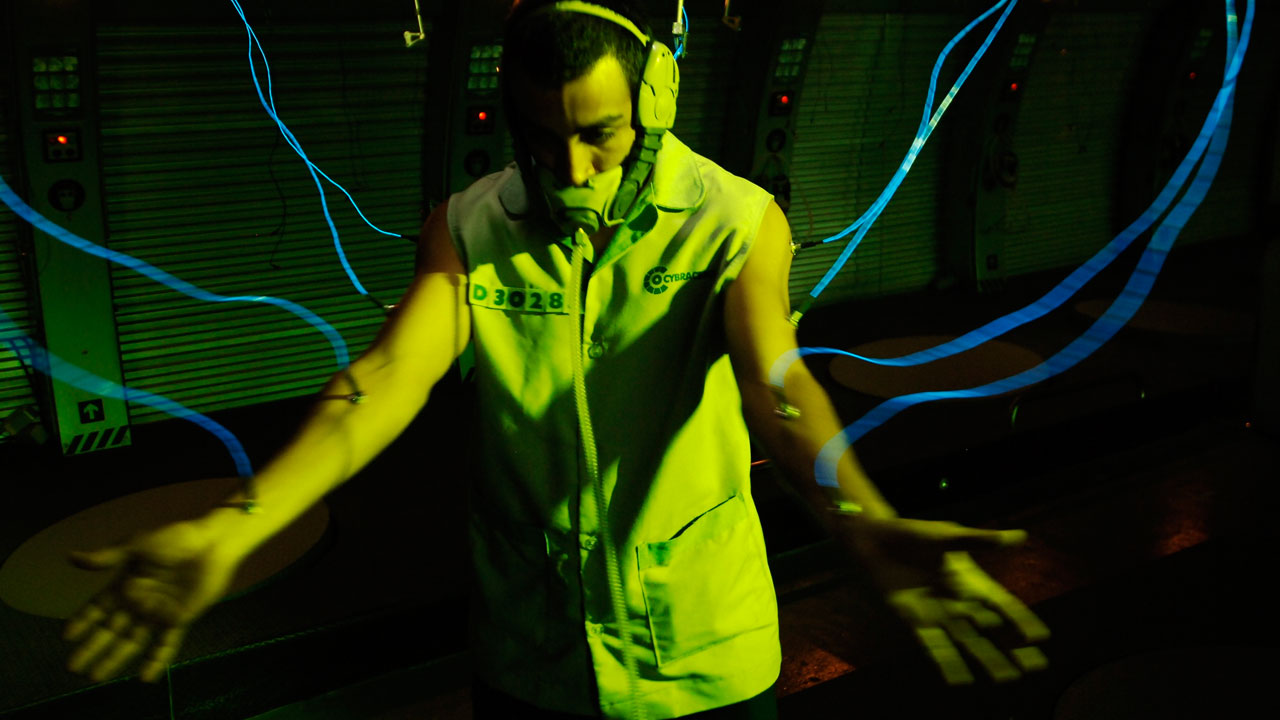 Movies can provide pure entertainment and escape, and can also bring our attention to real and important issues. That’s what documentaries and much of independent filmmaking aim to do, but Hollywood’s feature films can also reflect real issues as a theme or more subtly, as a true-life background woven into a made-up story. At its best, one film genre in particular, science fiction, goes beyond the present moment when it puts us on notice about significant trends in science and their future effects.

Many documentaries, feature films and science fiction stories have reflected the reality of the atomic bomb and the nuclear era and their consequences, and are doing the same for genetic science. Now another issue important to the U. S. (and the rest of the world) is receiving on-screen attention: that is immigration, its significance heightened by President Donald Trump’s proposal to build a wall between the U. S. and Mexico, and by the fate of the “Dreamers,” the undocumented immigrants brought to the U. S. as children.

Three films in the Labocine archive grapple with these concerns. They use satellite technology to bring home the actuality of building a border wall, show how technology might affect immigration and immigrants, and present a Latina bioscientist who, in reality or in imagination, transforms herself into a creature with greater freedom than she feels in the U. S.

The documentary Best of Luck with the Wall (2017, U. S., Josh Begley) gives a visceral sense of what a huge project a border wall would be. The film begins with a simple on-screen statement that sets its scale: “The U. S. - Mexico border is 1,954 miles long.” Then with no further captions, characters or dialogue but with music, it visually tracks every mile of the border from the Pacific Ocean and San Diego all the way to its eastern end at the Gulf of Mexico.

Begley pieced together 200,000 Google Maps satellite images to create this survey. It would take three hours to fly from end to end of the border by commercial jet; but the film covers the border’s every twist and turn (much of it follows the serpentine path of the Rio Grande) in just six minutes. At an effective speed of nearly 20,000 mph, you see what at first seem abstract patterns; yet as your cognition kicks in, you realize that what is flashing by is birds-eye views of cities, towns, and highways; farming areas, arid deserts, and rugged mountains, ending at the mouth of the river and a sandy peninsula in the Gulf of Mexico.

The film gives a direct sense of the size and variety of terrain that a wall would have to traverse by means of major feats of engineering. Begley realizes the limits of compressing all this into a brief experience, noting that “You can never see the entire southern border in six minutes.” Then he adds what is really the point of his work, “But even in that small [timeframe] perhaps it’s more than what one sees when reading a headline about building a wall.” 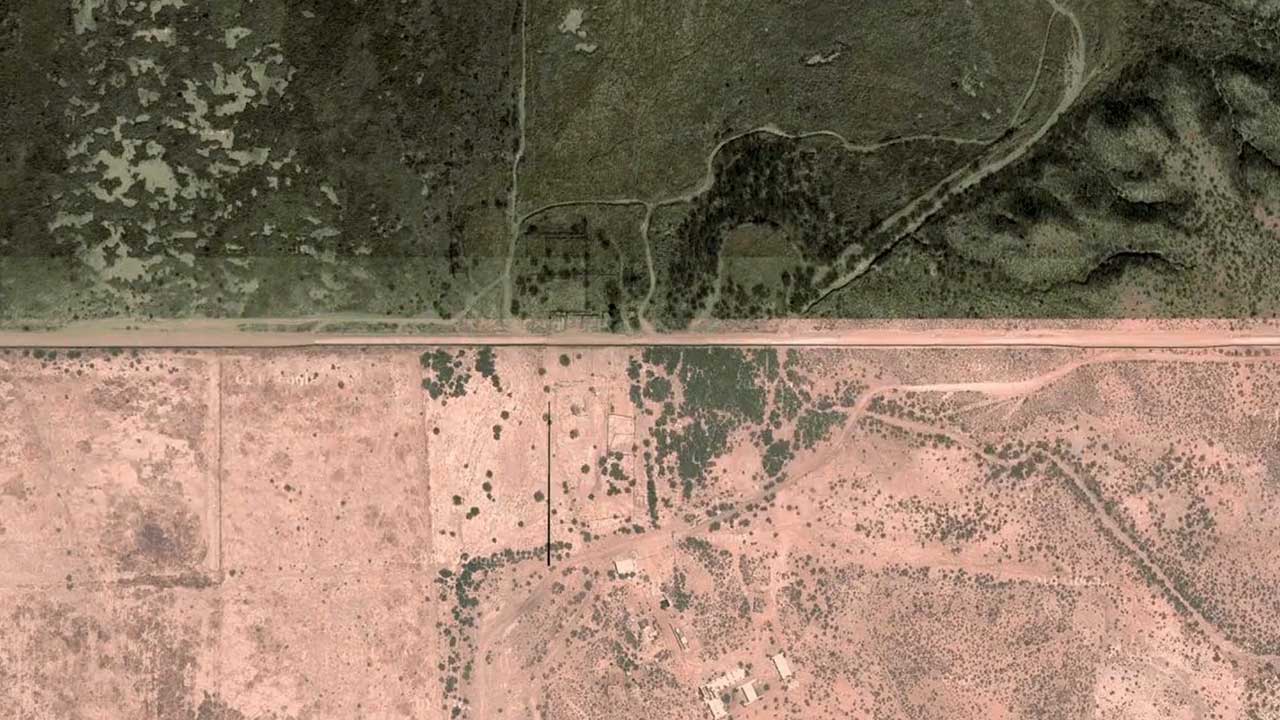 Sleep Dealer (2008, U. S. and Mexico, Alex Rivera) is a science fiction vision of what a U. S. – Mexico wall would mean for both countries and their people. A recipient of a Sundance award and other honors, the film portrays a near-future world where the U. S. has sealed itself off from Mexico and where corporations have amassed a great deal of power. Memo (Luis Fernando Peña) is a young Mexican whose father, a farmer, does what he must to obtain water after the Del Rio corporation builds a dam to block the local river and sells its water. When he is killed as an “aqua terrorist” by a remotely controlled drone gunship, Memo flees to Tijuana.

There he finds that though he cannot cross the border, he can work in a hi-tech sweatshop where workers are “ jacked in;” using implanted neural nodes, they remotely operate machinery across the border. This provides cheap labor for a U. S. that, as Memo’s foreman says, “wants our work but doesn’t want our workers.” Memo is soon remotely welding a skyscraper structure in San Diego and earning money to support his family, though he faces the possibility that the neural links can go bad and seriously injure him, as happens to other workers.

Jacking in also allows emotions to be retrieved and shared. Memo becomes involved with Luz (Leonor Varela), a young writer who uses her nodes to let paid subscribers experience what she feels, but angers Memo by sharing his story without his knowledge. This has an unexpected outcome: the story inspires the drone pilot who killed Memo’s father to use the drone’s firepower to blow holes in the Del Rio dam so the water can again flow. Now knowing that his town will survive, Memo abandons cyberwork and returns to farming.

A decade later, we see that Sleep Dealer was remarkably prophetic. Its director and co-writer Alex Rivera has said that it was the outsourcing of jobs from the U. S. that inspired the film, a trend that has only grown. Though the U. S. benefits from the labor of immigrants, today it is clear that certain elements in America, from white nationalists to government officials, would rather not have the immigrants themselves, just as the film expresses. Corporate power has grown since 2008 along with closely linked levels of economic inequality. Remotely piloted armed drones have become integral to the U. S. military arsenal, and neural control of devices is now a real technology of brain-machine interfaces that control prosthetic limbs. 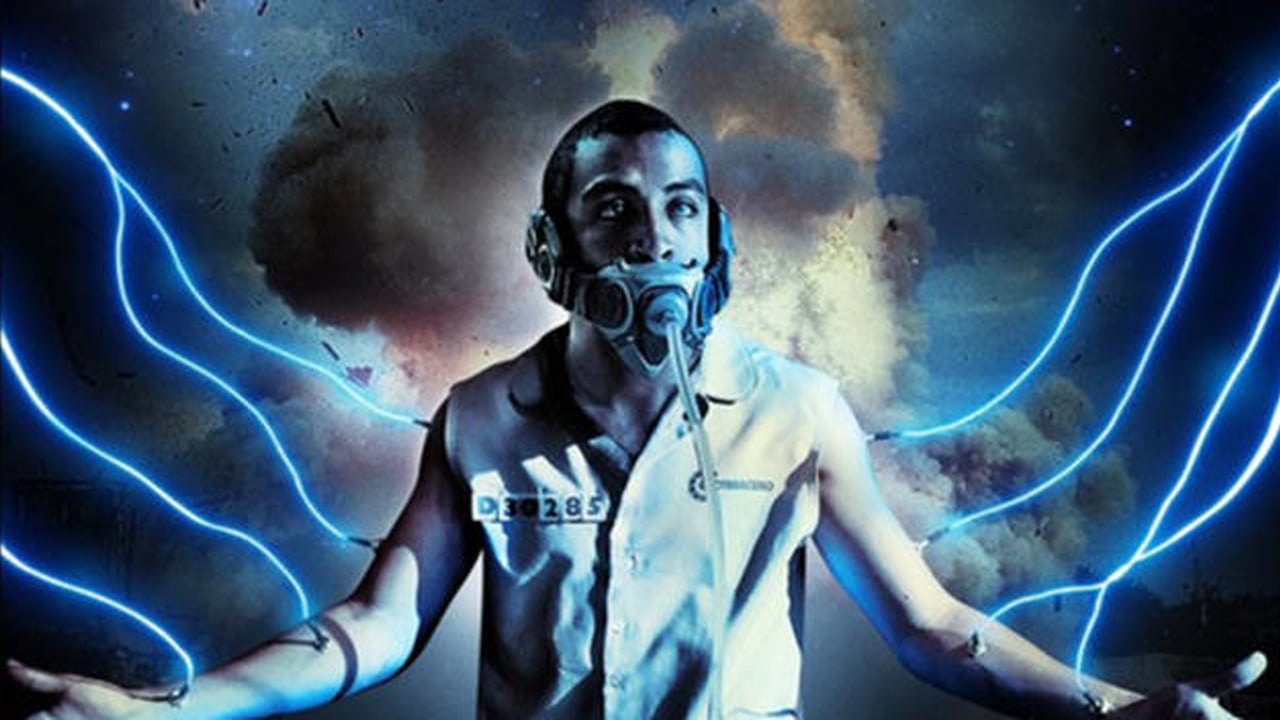 La Que Sueña (She Who Dreams) (2017, U. S., Alexis Gambis) begins as we see a young Latina woman (Stephanie De Latour) walking in New York and hearing the news that President Trump is ending the Dreamer’s protections against deportation. Then we learn that she is a scientist who studies butterflies. As she examines a brightly colored wing under the microscope, small patches of her own skin take on a similar coloration and structure of tiny scales.

In the next scene she has completely transformed into a butterfly-woman with bold black and orange patterns that cover her face, arms and a set of wings. As she walks around the city, climbs a fence, and gazes at the East River, she explains how before the change she felt limited, isolated, paralyzed – but now she finally feels “like myself” with an essence that makes her proclaim “I am a Monarch;” that is, a Monarch butterfly, which displays just these patterns.

How did she make the conversion? As a scientist, she speaks of genes and their expression in proteins so it may be the result of genetic engineering; or perhaps we are simply seeing her own wishful dream. Monarch butterflies perform vast southerly migrations that can bring up to 300 million of them to specially designated reserves in Mexico. Like the butterfly-woman climbing the fence, their ability to transcend any U. S. - Mexico wall and reach sanctuary makes Monarchs true symbols of the freedom and acceptance the Dreamers dream about. 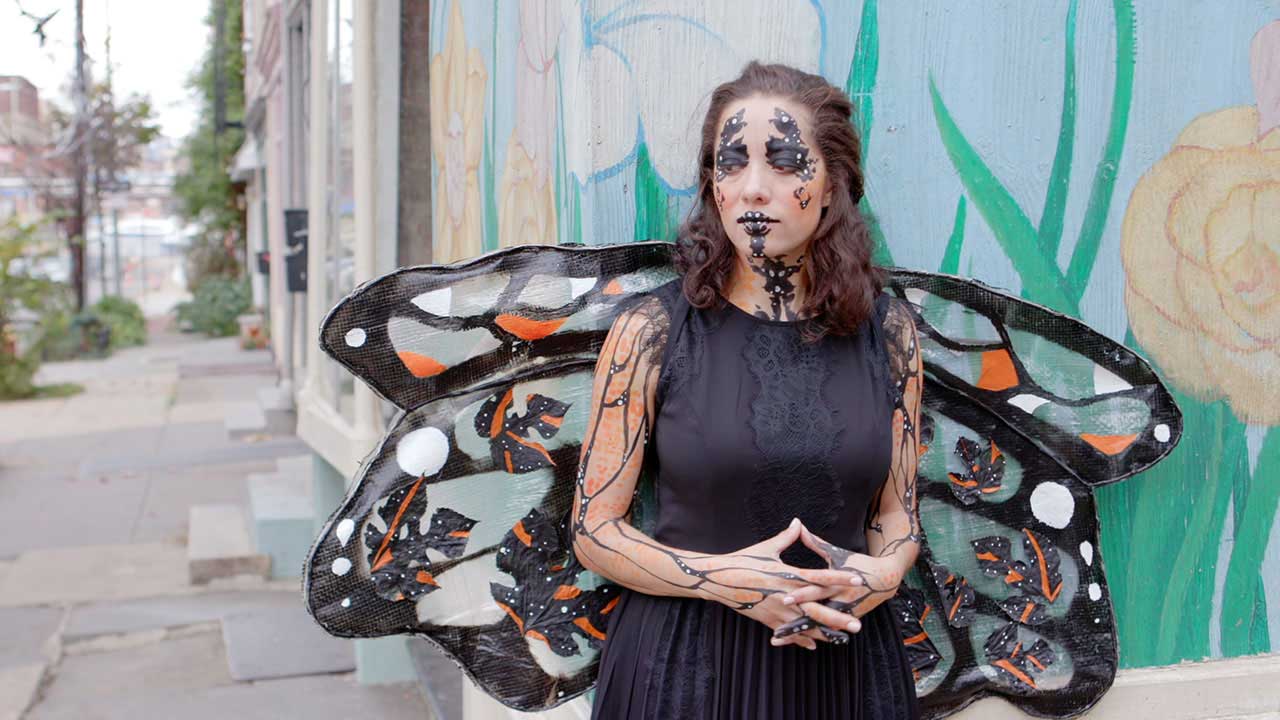 From the hard physical reality of our southern border, to predictions about immigrants and virtual work, to the emotions of a Dreamer, these three films extend the national conversation about immigration and its human toll.

Sidney Perkowitz, Candler Professor Emeritus of Physics at Emory University, is the author or editor of Hollywood Science, Hollywood Chemistry and other writings about science in film and other popular science topics. His latest books are Frankenstein: How a Monster Became an Icon and Physics: A Very Short Introduction (2018, in progress).