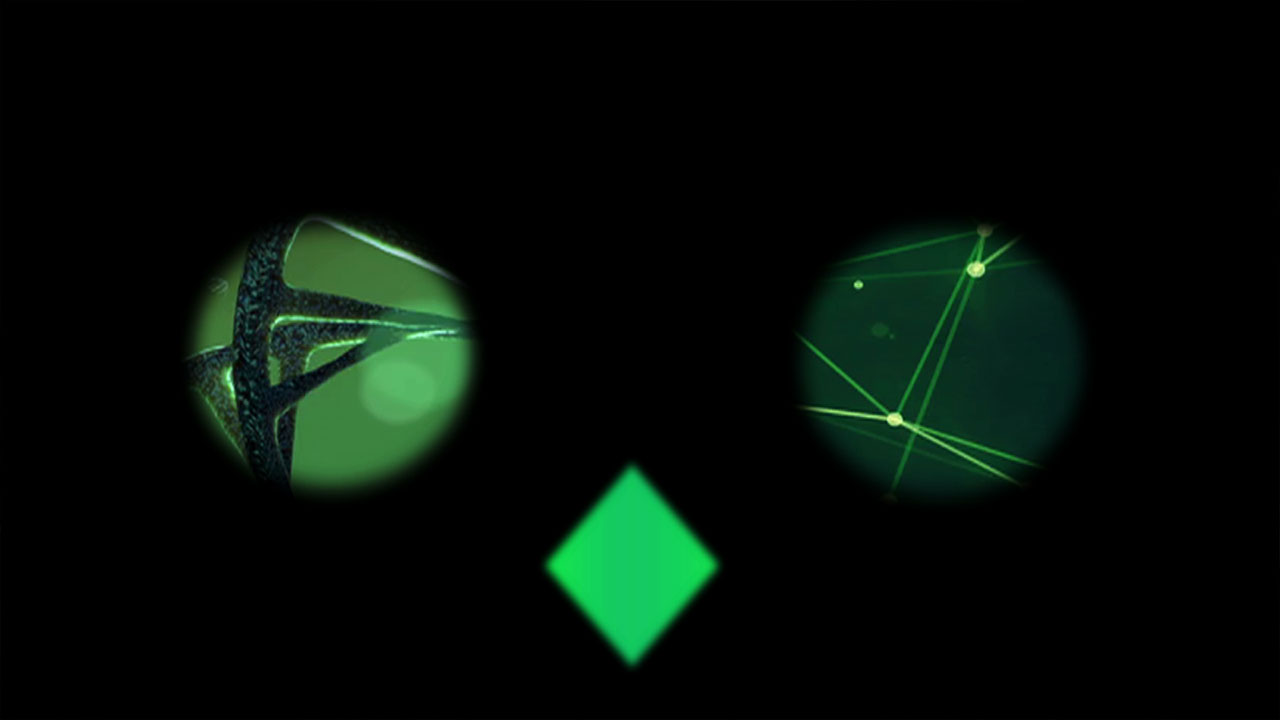 The Signal and the Noise 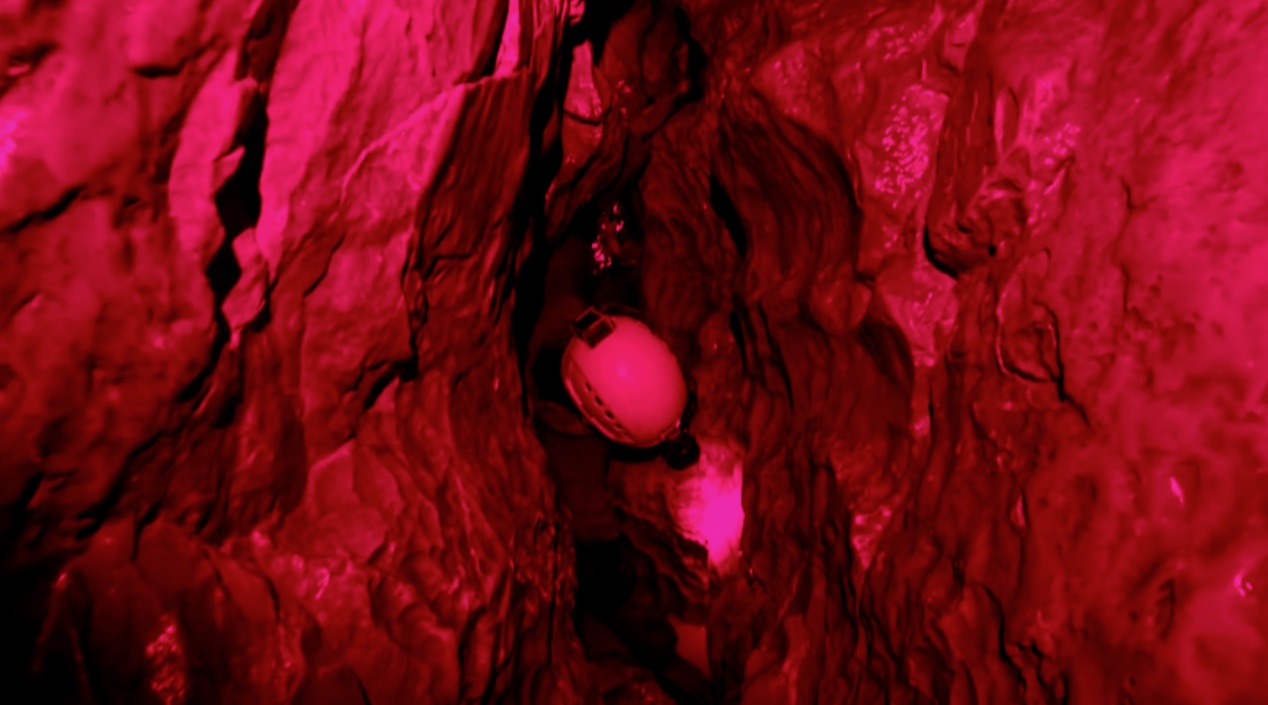 Notes From the Subsurface 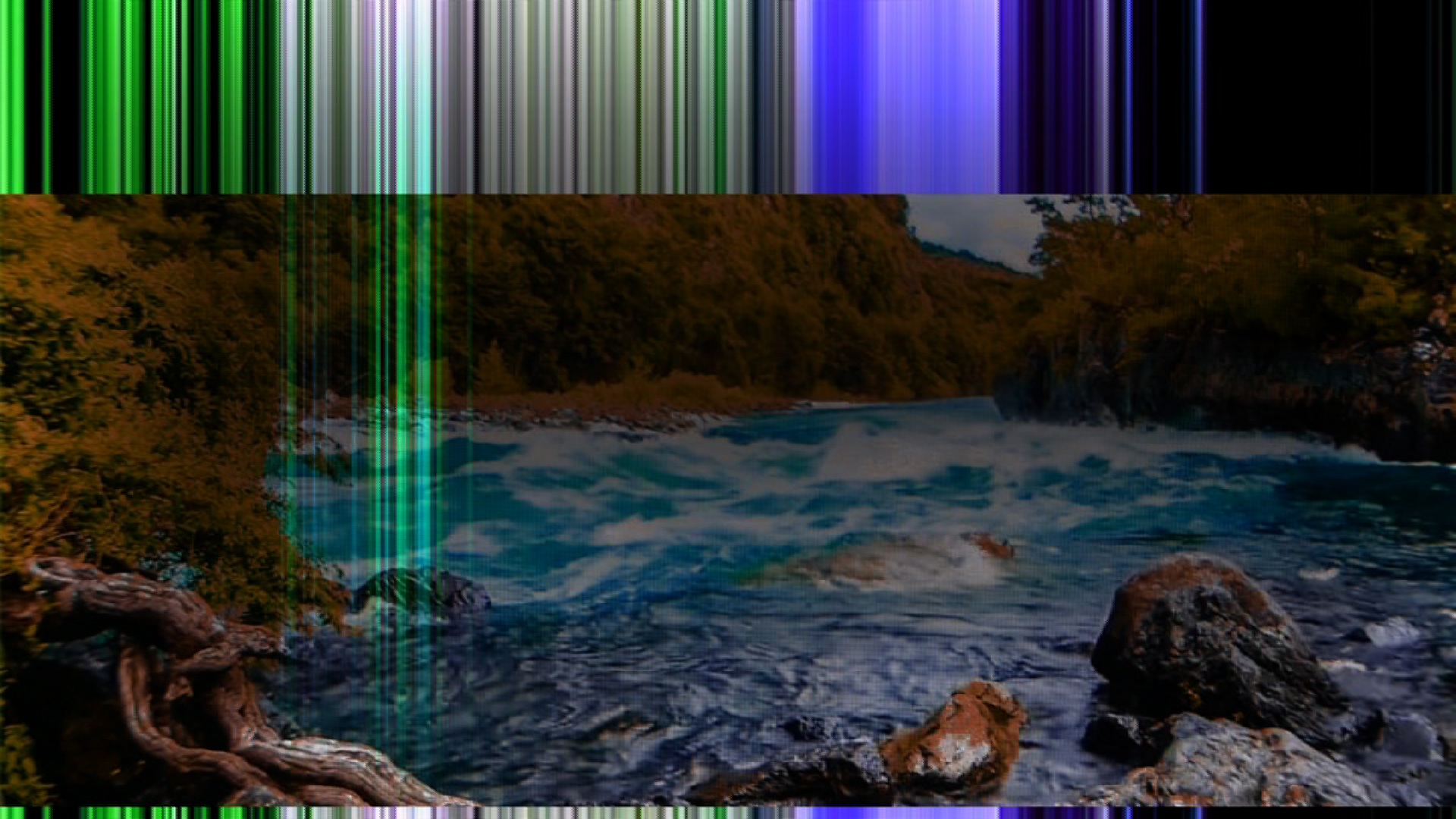 Charlie Tweed is a media artist and practice based researcher whose work explores the human tendency to control and enhance nature using technology. In this interview, we asked him about the definitions, approaches, and strategies that he employs in his work, more specifically his films on Labocine: Notes From The Subsurface, Oporavak, and The Signal And The Noise.

"I think it has changed and evolved , my starting point was an interest in the human impact on the environment and non human lifeforms via the technologies of capitalism; I was also interested in the way that humans tend to see from an explicitly human viewpoint and see themselves as separate from the complex ecosystems that they are part of. And so, I’ve made a certain track of works that started exploring non-human voices or, as in  Notes From the Subsurface, anthropomorphizing the voices of non-humans. I was quite influenced by writers like Donna Haraway who notes that fiction is a valuable tool to help us consider other perspectives beyond the human and to acknowledge our entanglement with other species. In my works I began with singular non human voices to narrate the works and this method has evolved to including many sort of voices and perspectives." 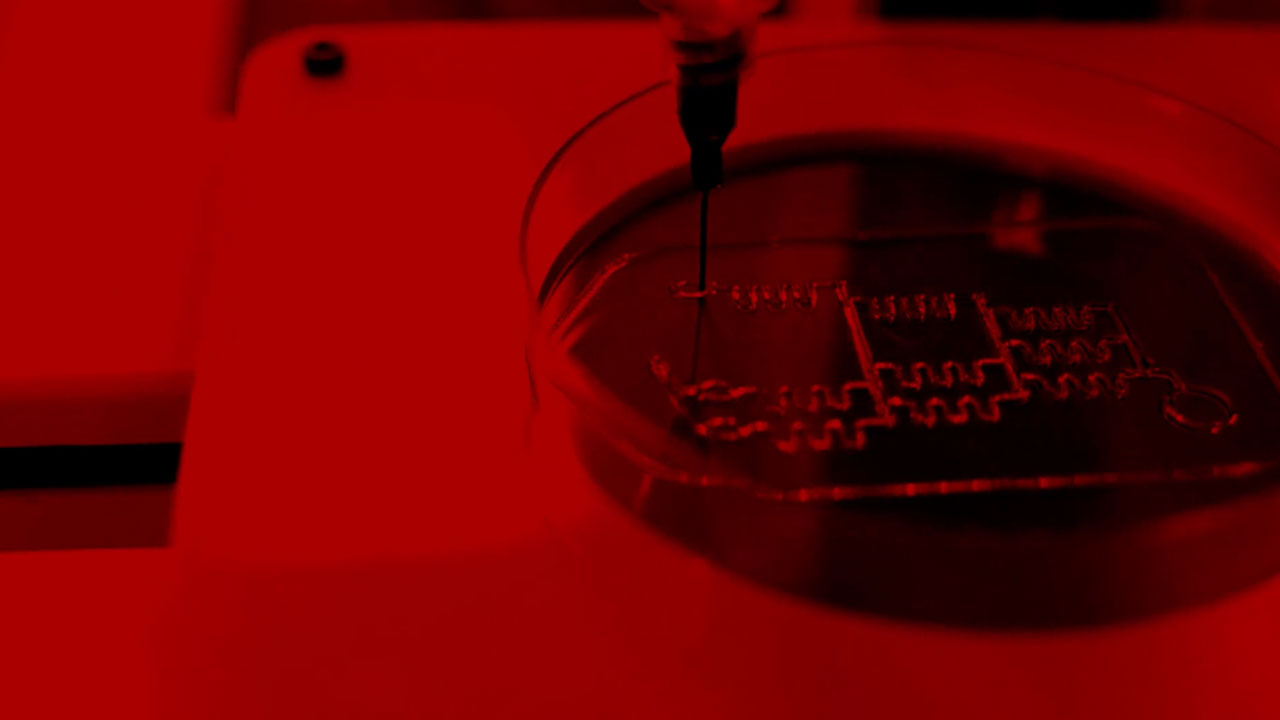 Notes from the Subsurface

Hybrid computing: I’m intrigued by your choice of narrator in your work. It is more than often a hybrid machine or a non-human. Why?

"Yes, the narrators tended to be hybrids or even future kinds of hybrid technologies. In projects like The Signal And The Noise, I’m specifically using a science fictional angle looking into the future of bio-computing merging with hardware computing. And so, the narrator emerged from that technology, I thought that was a useful mechanism to consider the impact of what we’re doing now and how this could develop in the future.. I’ve also generated a lot of work since then like Oporavak, which uses a similar method, an anonymous machine voice talking from an un-identified future point, transmitting a proposal for an evolved form of ‘information recovery’ that allows for new forms of control to activated over both physical and digital ‘materials’. In the work I am often considering the  limits of our desire to use technology to control the world around. So, there is a satirical element there where I’m using these sketched out and slightly comedic and absurd voices, referencing  sci-films, that report back on what they’re doing as a kind of performance and discussion point. A lot of my earlier work was based in performance, where I made videos and performances using a number of alter egos, these later works use a similar method but now tend to focus on collectives or swarms of different voices rather than individual alter egos." 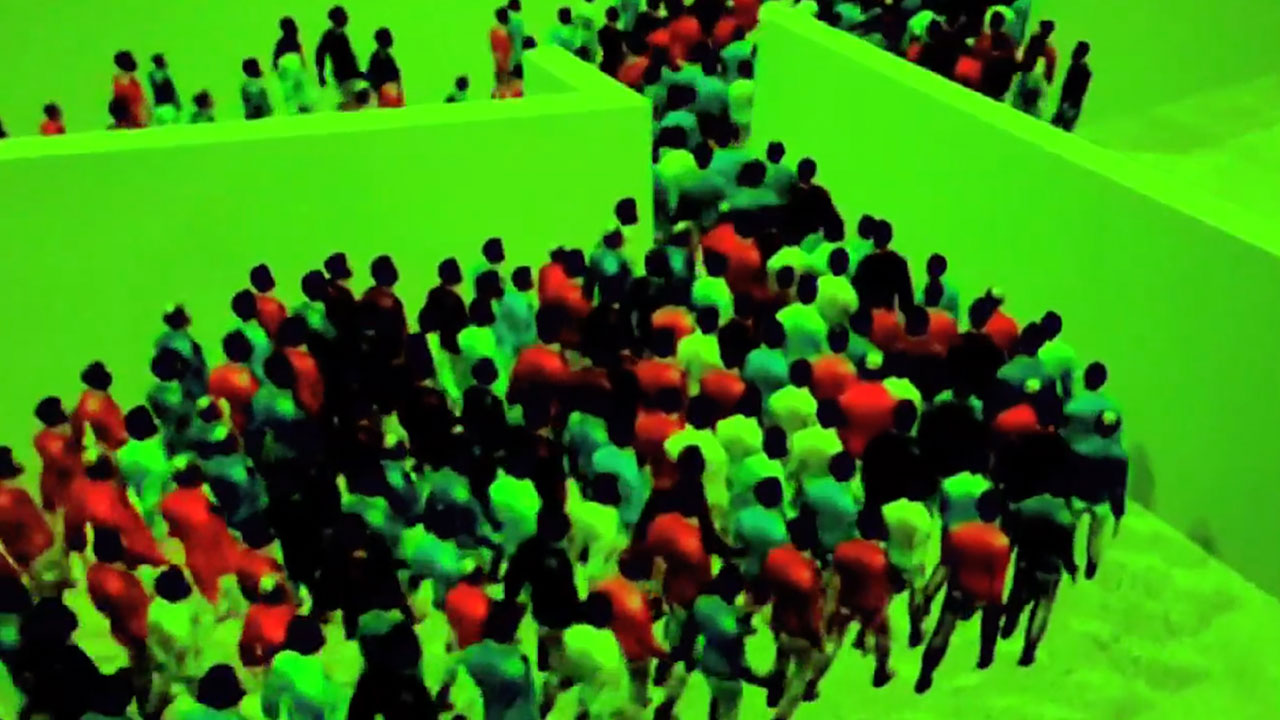 Language: In "The Signal And The Noise", there are examples of using the shared language between biology/nature and computation/technology, like when we hear:“it sees the mechanics of life as a series of coding operations”. Does this shared language influence or inspire the art that you make? And, if so, in what ways? Are these conscious additions or accidental ones?

"I think it was quite conscious actually, particularly with that film. In my past, I did an MA in electronic media straight after my fine arts degree. I started looking at methods of making critical digital artwork early on in my career and I was interested in appropriating the language of the digital world and industry. In The Signal And The Noise, I was working with biomedical scientist Dr Darren Logan who sequences animal and human genomes 24 hours a day and analyzes them. I noticed that a lot of the language used to discuss genomes and genetic coding was quite similar to the language we know from computing and the digital world. That was the point of entry into his research and connection for me. He told me about the coding operations in biology in animals and humans. I wanted to play out with him where this might go because we have technologies like CRISPR coming in, which is essentially the ability to re-code DNA. The more I worked with him, the more connections came up, particularly around a shared interest in science fiction. I was also interested in the history of computing in relation to ecology and biology and how cybernetics was deeply influenced by studies of biology and feedback loops."

The Signal And The Noise

Collaboration: As you said, “The Signal And The Noise” was in collaboration with a scientist. Could you speak more about this artist-scientist collaboration? Did you find yourself playing a role that you did not anticipate playing?

"This was one of the longest projects I have worked on. It began in 2013 and continued with exhibitions until around 2017. In the R&D stage of the project (that was produced by Animate Projects), a speed dating event was organised with scientists and artists at Imperial College London. The artists and scientists who attended had 5 minutes to share what they did with each other and then come up with two short initial proposals. I immediately spotted that Dr Logan would connect with my research interests with his work on genetically influenced behaviour and his daily use of genetic sequencing technologies, so I made a proposal to work with him. I went to visit him in Cambridge quite a few times to see what he did and begin to understand his research and field of work, there were lots of interesting things that connected with my interest around fear and control, I also realized that there were lots of parallels with his use of creative thinking to help interpret data. In the project I was keen to move beyond a relationship where the artist simply visualises the scientist’s research data and in this case we moved on from this very early on to a much more fruitful and collaborative relationship where a script for the film was developed that he then fed into and science fiction was employed to map out some potential scenarios for the future of biological computing as a means for monitoring, controlling and recoding humans and animals."

Reappropriation: Why do you think reappropriation and speculative fiction are the right strategies for presenting the questions and narratives that you present?

"In terms of re-appropriation to start, it is something that emerged in my work around 12 years ago as a strategy that emerged from the use of bricolage and remix in digital culture. I felt that there was no need to film anything anymore with the vast amounts of content being put out on YouTube every second. I was also interested in the possibilities for reshaping existing material into a critical form in my works, employing fictional strategies to recycle it into parallel fictions that interrogate our current conditions.
So, although it is fiction, it may be a better representation of how things are."

COVID-19: How do you think your work relates to the experience of this pandemic? What are your thoughts on our relationship with technology today?

"In terms of COVID-19, I think there are some interesting questions around our changing relationship with technologies as our mode of protection and also exploring the limits of our desire as humans for preservation and security in the way we harness all sorts of machines and an ever-expanding set of data. This question runs through all the works. Also, an idea around visibility: how we use machines to see the world ecologically and socially, what does this reliance on networks, machines, and data mean for the way that we interact with the physical world and each other? In terms of COVID-19, this tension is enhanced even further. We are reliant on these technologies for our safety and our communication and even the genetic manipulation of potential vaccines as well as constant monitoring of virus symptoms. But, with this comes a new phase in making every aspect of our lives and our own code visible. At the same time, the potential for the manipulation of the truth is developing on a daily basis and it is important that we acknowledge our subsumption within a blur of machine fictions and deep fake manipulations. Looking towards the future there are many questions emerging such as how we can control the use of our social and bodily data, how can we interrogate the complex fictional webs that we are embedded within. I am interested in considering how we can address these conditions, expose their mechanics and locate alternative relations and assemblages?"