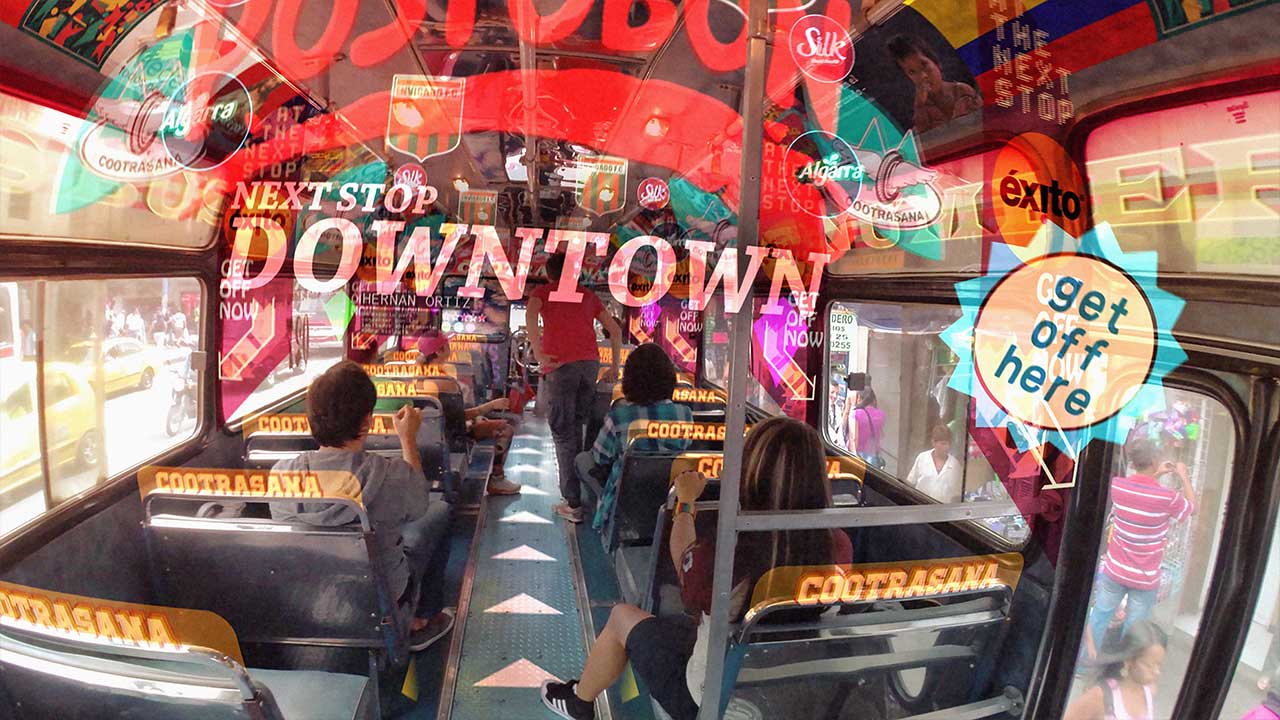 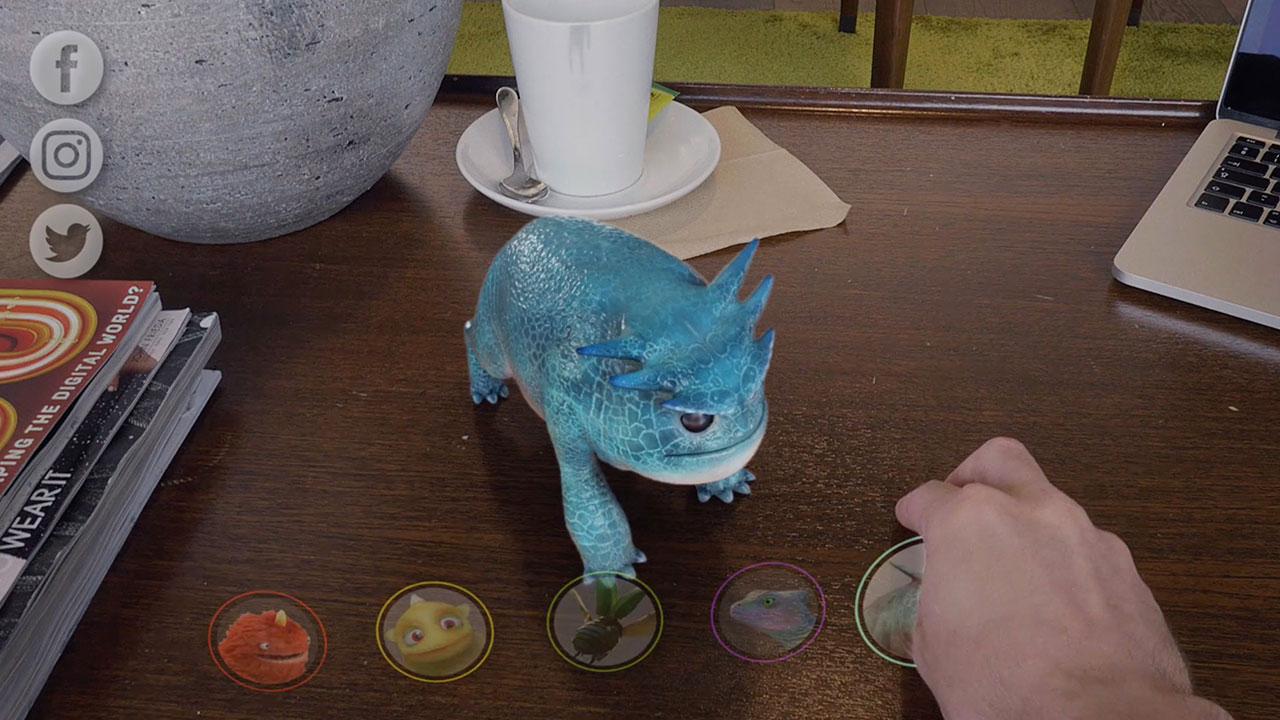 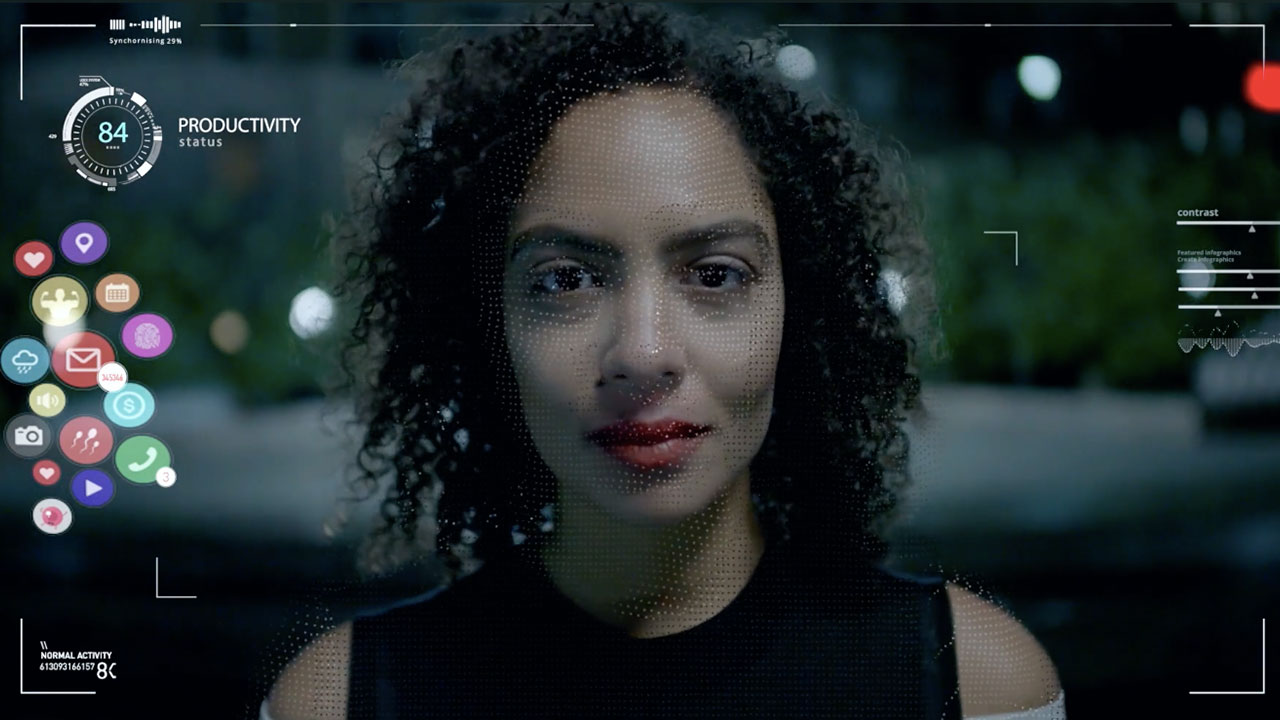 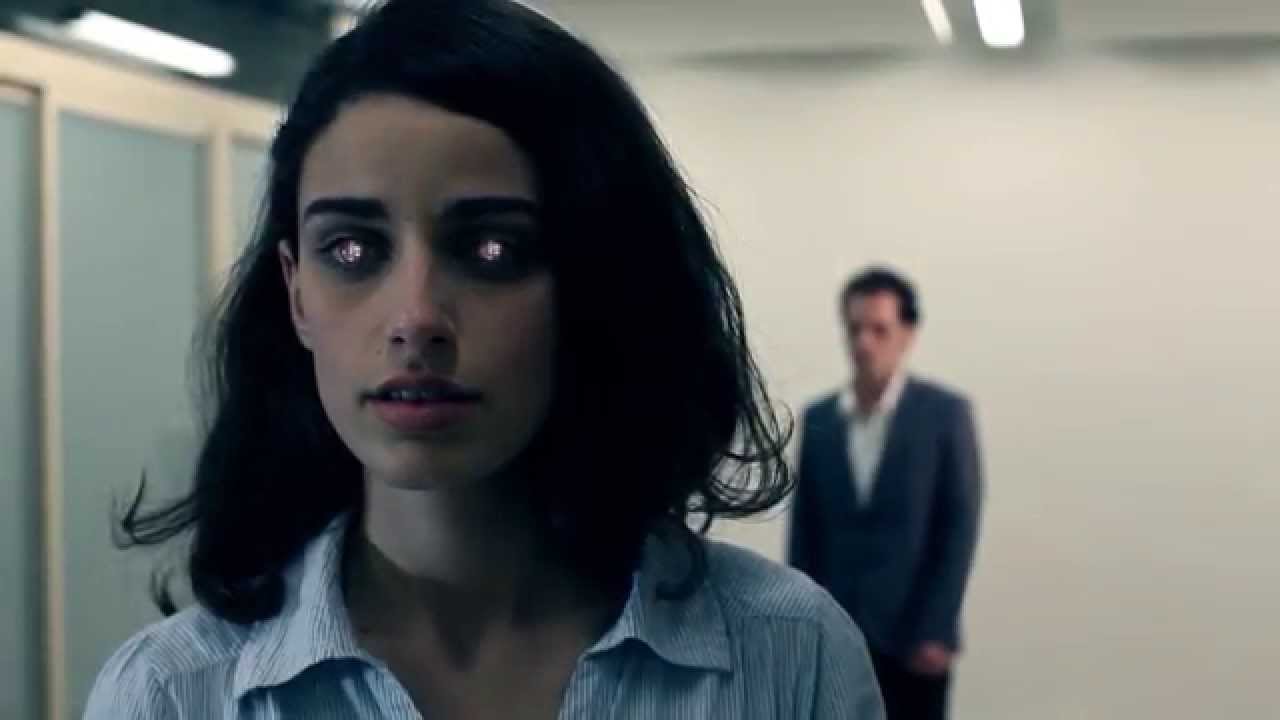 Since the dawn of the genre, different iterations of the future imagined in science fiction have often been mere reflections of the current emotional state of the world. In the past few decades, the unprecedented rate at which technology has progressed, combined with apparent economic and political instabilities, have put forth numerous cautionary tales of the future, ranging from realistic to absurdist. Often, these tales warn of the dangers of our addiction to increasingly-ubiquitous technology, with stark hopes that we will take steps in the present to prevent them from occurring.

We see these warnings staunchly manifested in these next four films about augmented reality – that budding innovation sometimes more alarming than the concept of its cousin, virtual reality, if not for its potential scope of damage but for its promise of quickly becoming a quotidian aspect of our lives. Interestingly enough, all three films show both positive and negative attitudes towards augmented reality, thereby demonstrating that the true power that this technology holds over us, and could be the cause of our demise, lies in the aspects of escapism that AR provides to our lives. More convenient than virtual reality, the wonders of AR provide an interesting dilemma to the characters we are exploring: after all, in this often-hostile world, is it not thoroughly human to be enticed by technology that first presents itself as a small but beneficial addition to our every day reality? Through Hyper Reality, Sight, Gadget, and Strange Beasts, science fiction has once again done an incredible job of exploring humanity at its core – in this particular case, our incessant need to enhance our lives through every way possible. 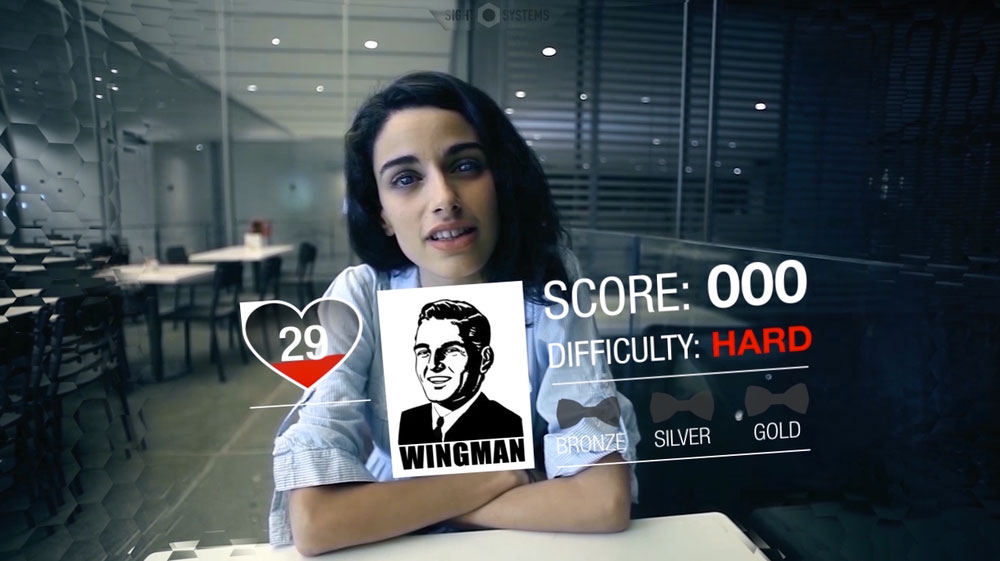 Augmented reality is everywhere in the world of Sight – both the simplest leisure and one’s daily responsibilities are experiences made better through the use of Sight company’s contact lenses, as is demonstrated by our main character, Patrick. The more dangerous side of Sight is revealed after Patrick’s date goes awry, when we discover that Sight has indeed been doing more than serving their augmented reality need. The film’s beautiful effects add a ton of gravity to the film, and the twist in the end portrays the duality of AR very effectively. 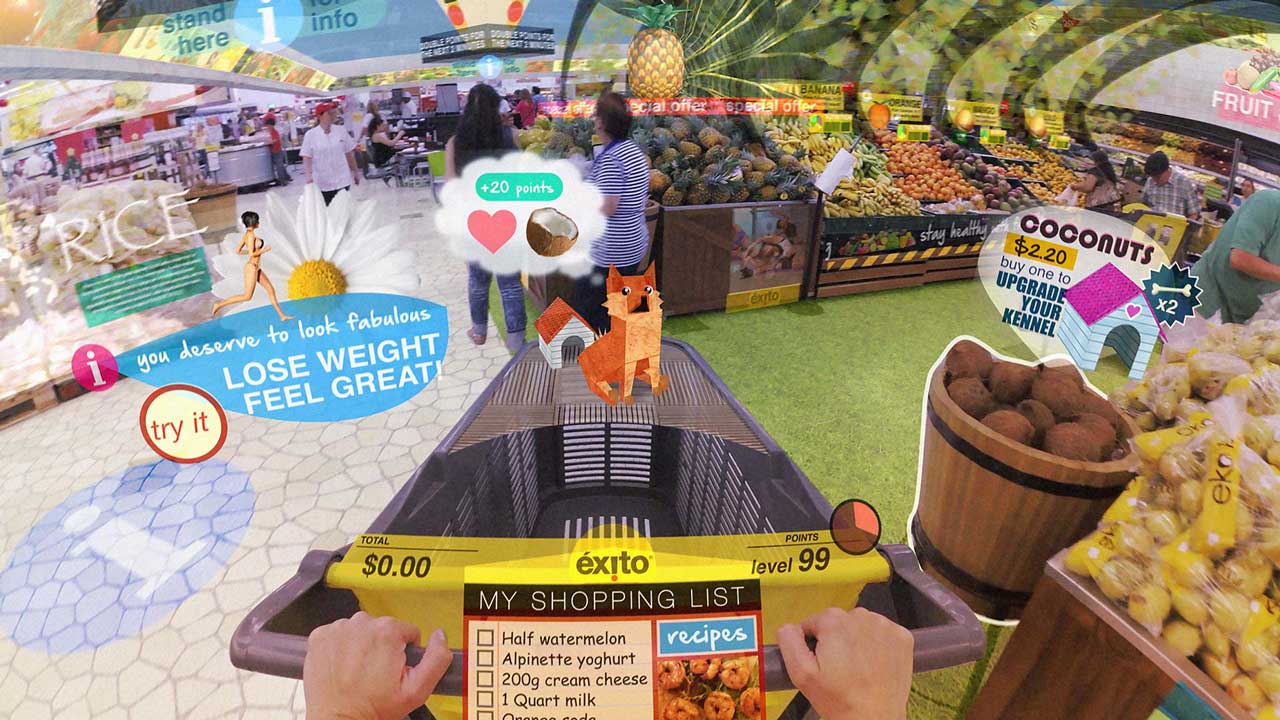 In this late-21st century imagining of the boisterous city of Medellin, most humans are connected to an augmented world, where their DNA-based accounts can earn points that they can use in real life. Through the dimension that they have constant access to, their view is populated with applications and advertisements, similar to what people of today see on their computers and phones. As the main character walks through Medellin, we see the beauty of AR through her eyes: the vibrancy of the town, the convenience of always being connected, and the excitement of the points system. The scene in which her system temporarily reboots, and she is taken back to the dreary reality of the world, was a brilliant exhibition of why humans would prefer to have AR implanted in their minds rather than live without it. During the climax and denouement, we see the dangers too: after being hacked, she loses all her points and cannot receive medical help. In a true Black Mirror –like fashion, Hyper Reality asks many profound questions about our desire to escape, and the extent to which we will go before it ruins our actual reality. 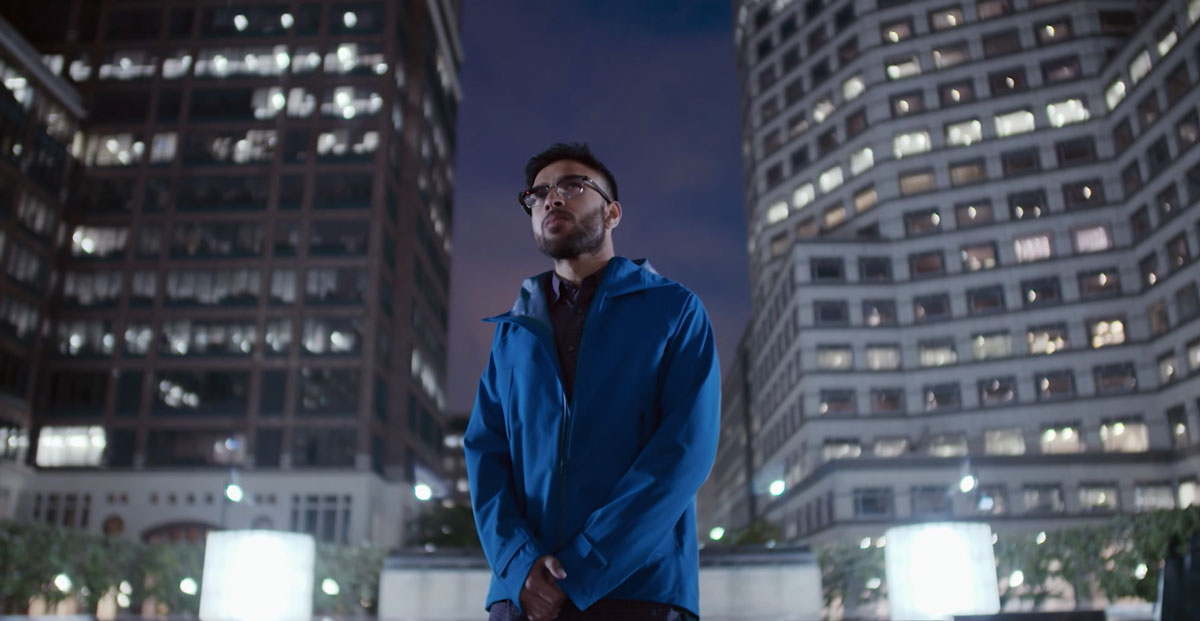 In Gadget, an app developer named Neem lives in a near future where AR technology is ubiquitous and connecting to people is almost impossible without it Despondent and desperate for human connection, Neem is informed by his Freud app that he has matched with a woman named Sophie X (who, unbeknownst to him, was a product of AR), whom he sets forth to find immediately. In his pursuit, Neem completely ignores a woman who showed interest in him at the club. The film excellently portrays our desire for a more perfect world, and how, in various degrees of consciousness, we may end up wrongfully choosing illusion over reality. 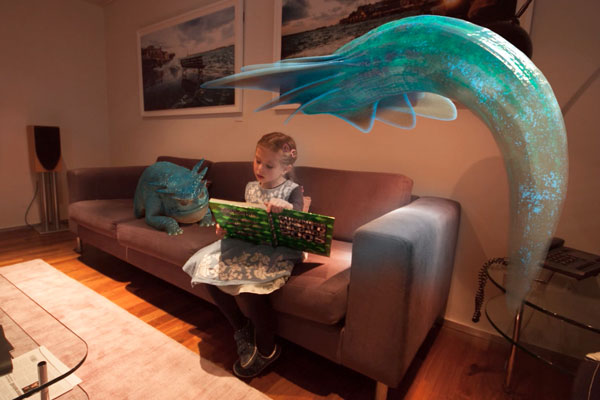 In this short but powerful film, in faux-documentary style, we see the interview of Victor, who is demonstrating Strange Beasts, an AR app he developed that allows people with nano-contacts to create their own virtual pet. What starts out as a seemingly light lifestyle piece quickly deepens when Victor starts discussing his daughter, who, by the end of the film, turns out to be a virtually-fabricated feature herself. One impressive aspect about the film is lack of desire to portray AR as anything thoroughly negative, but subtly yet powerfully reminds us of the potential consequences of this new technology. After finishing the film, the viewer is left with sympathy for Victor, and an understanding of why escaping to this world was so addicting in the first place.