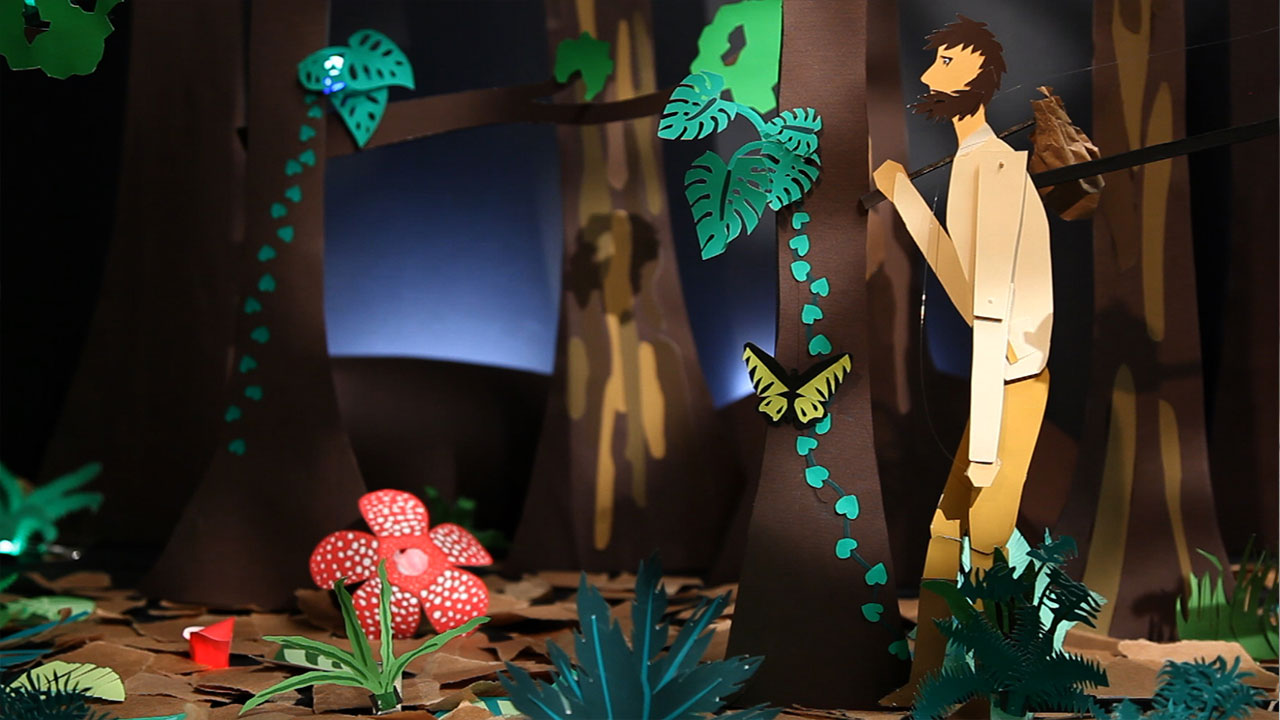 The Animated Life of A.R. Wallace 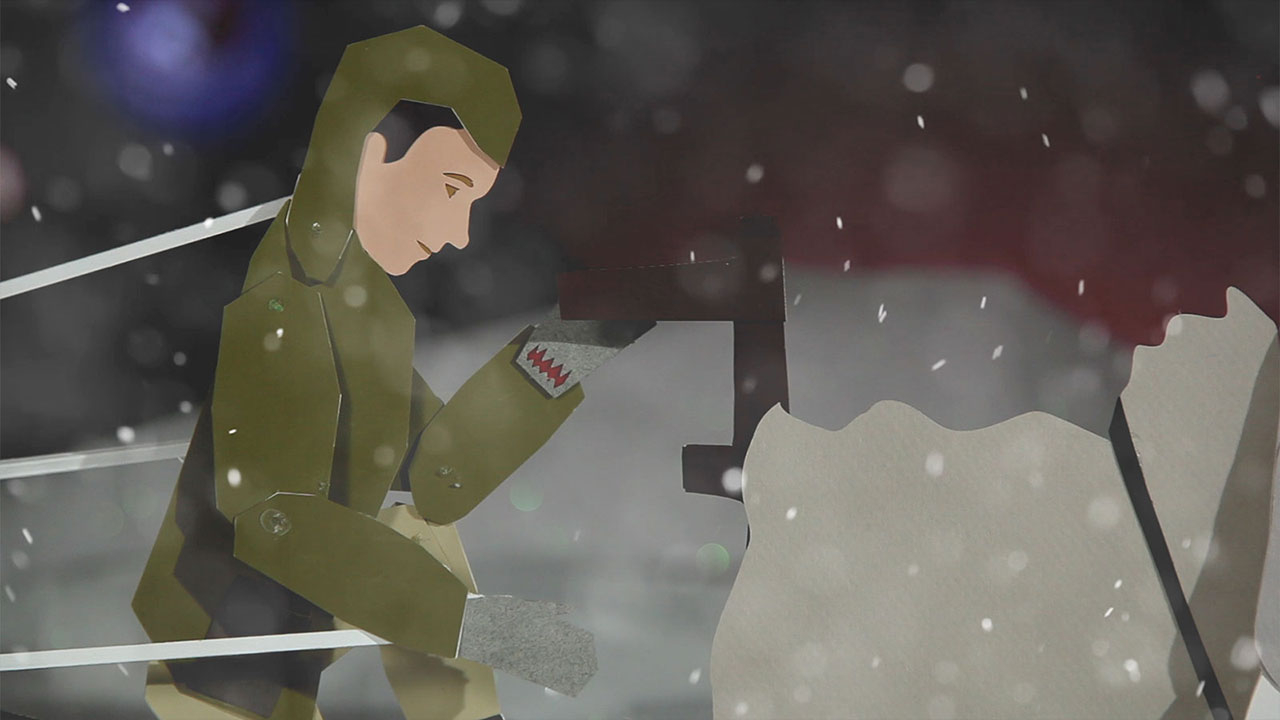 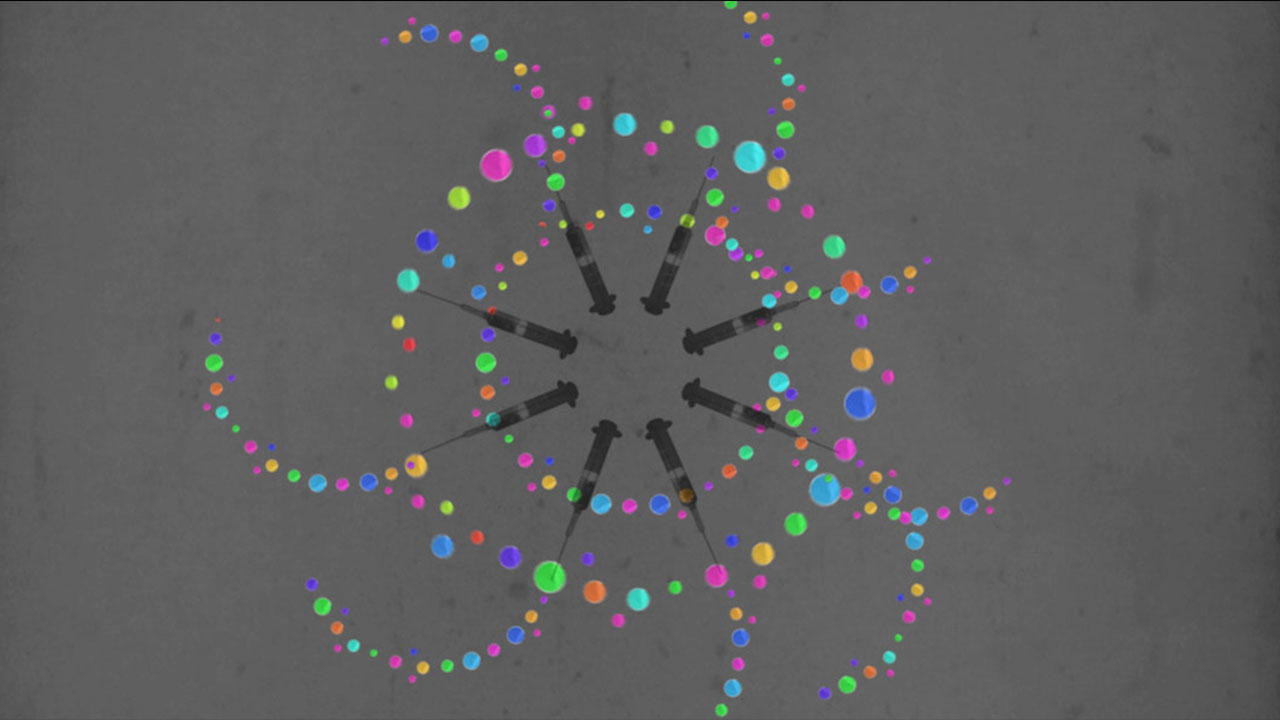 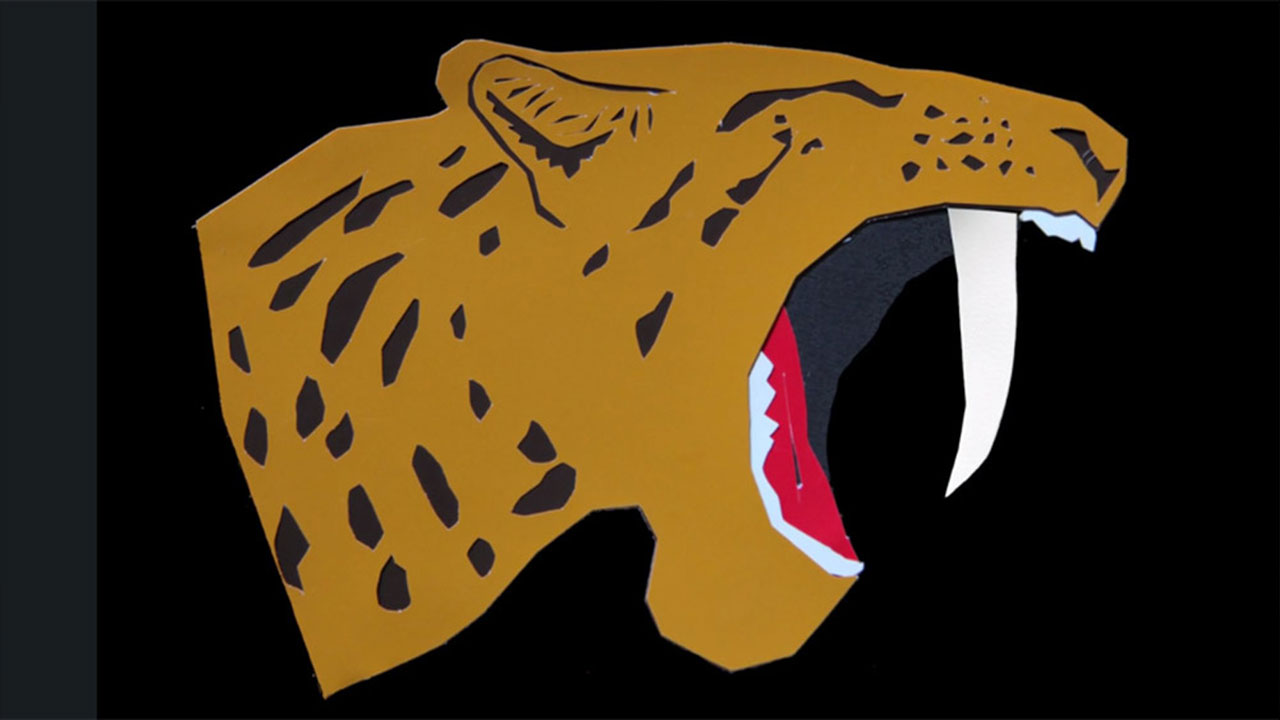 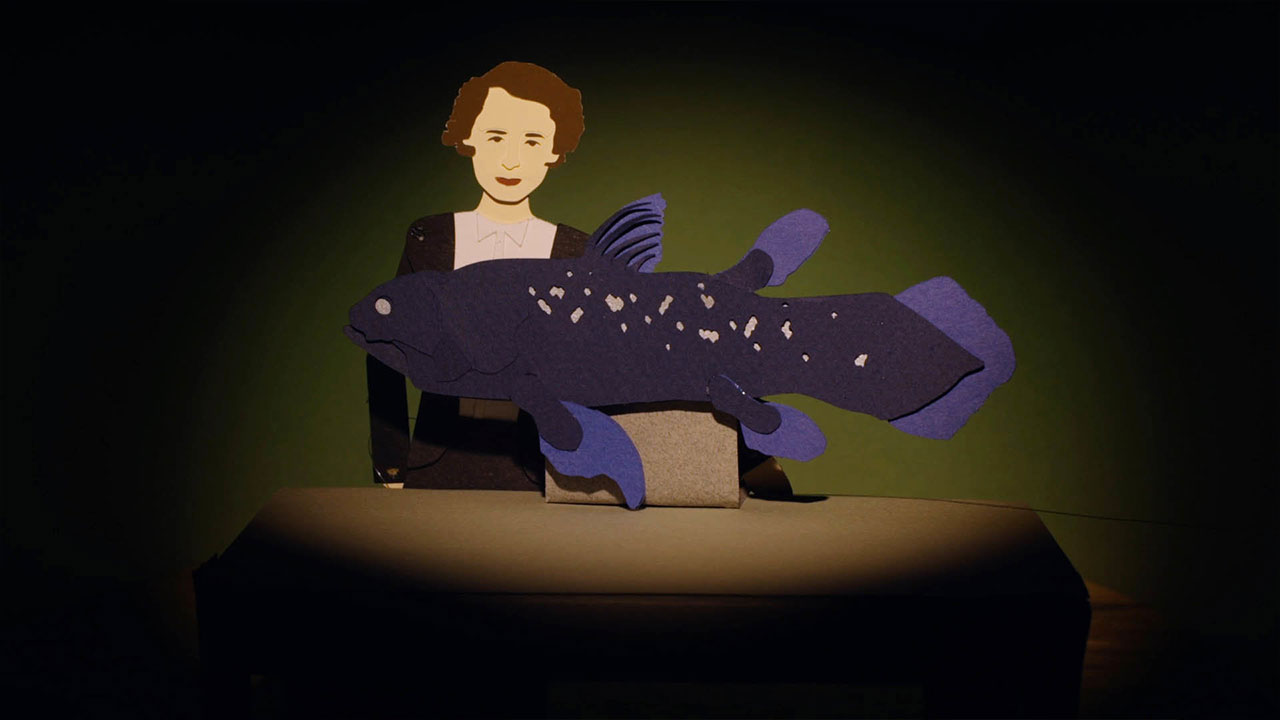 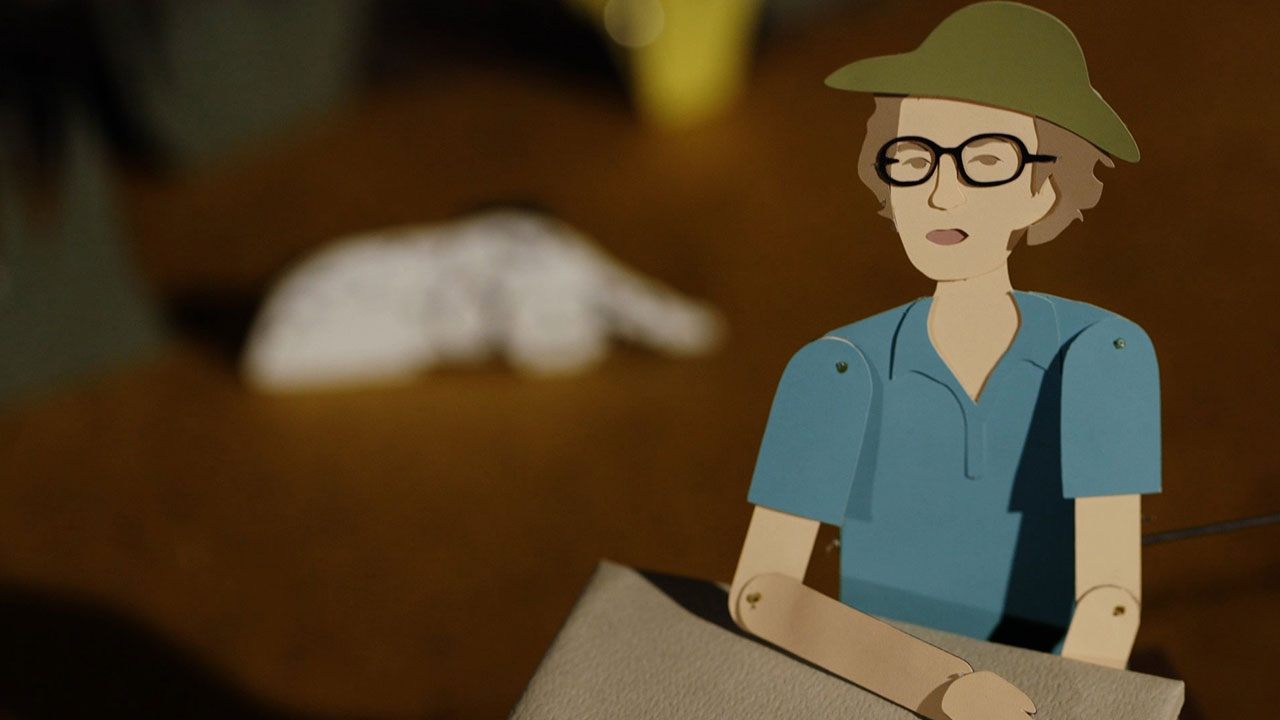 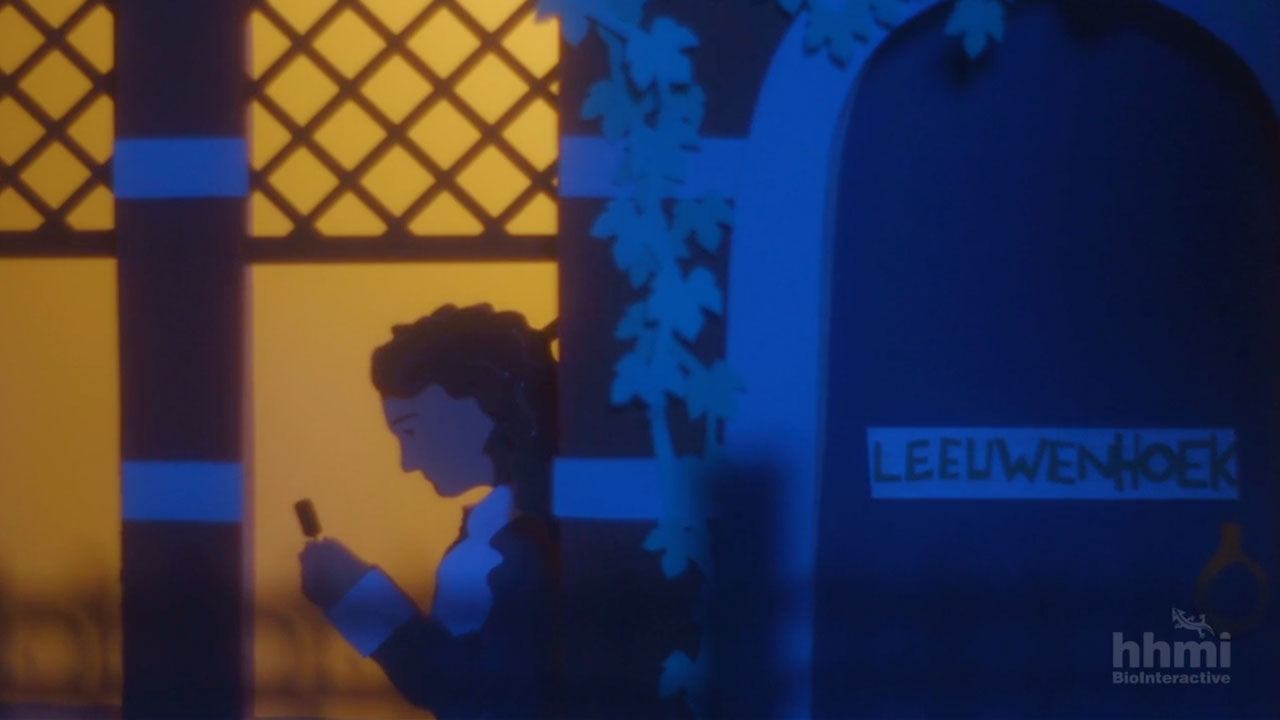 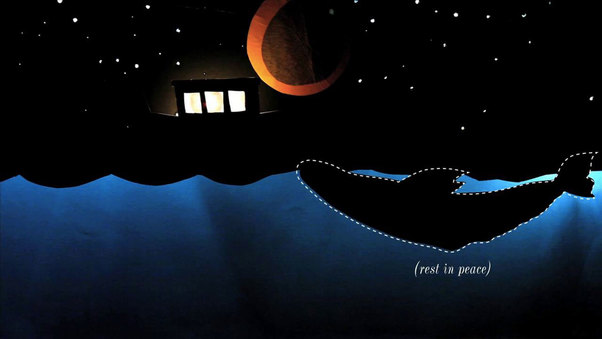 Whale Fall (After Life of a Whale)

How did you meet and begin working together?

(Sharon) When we met, I was an intern at Radiolab, and Flora was working at Science Friday. A mutual friend put us in touch because she knew we were both crafty, artsy science people. My friend Lynn Levy at Radiolab was working on a story about what happens when a whale dies - the phenomenon is called a “whale fall.” I thought it was the perfect story to tell visually, and I asked Flora if she’d want to work on something together on the weekends. We cut Color-Aid paper with x-acto blades, and used string to connect the joints of our creations. We didn’t realize at the time that they were puppets - we never thought of ourselves as puppeteers. That’s why I like to call myself an “accidental puppeteer.” We put together a musical ballet of all these little creatures feasting on a whale, and then it went viral on BoingBoing, io9 and some other websites. And we were off! The Animated Life of A.R. Wallace was our second collaboration, made with help from the Howard Hughes Medical Institute and the New York Times Op Docs, who would become our partners for the rest of the Animated Life series. 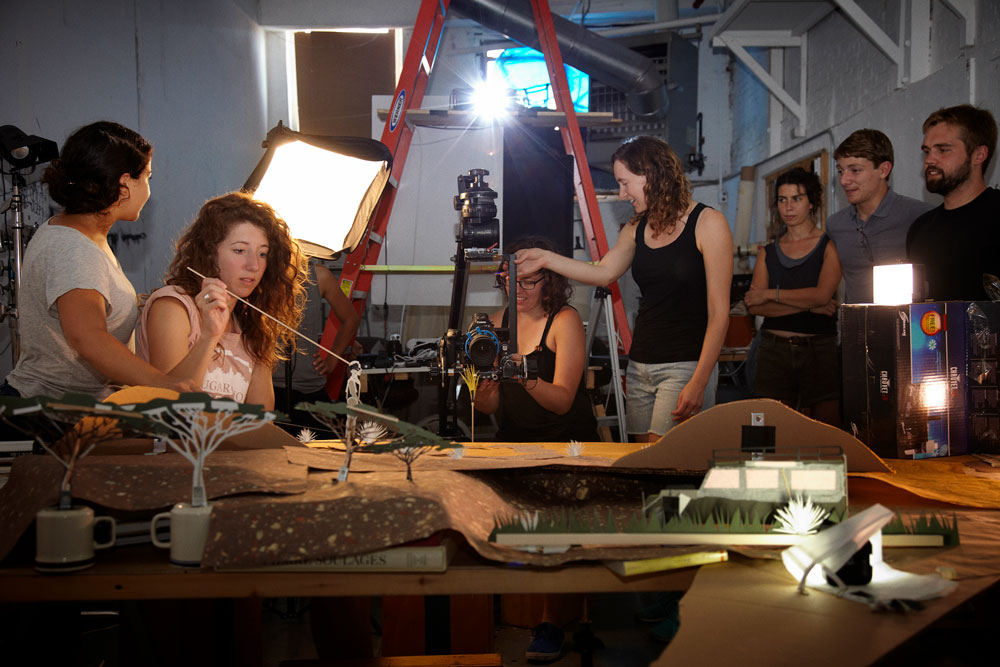 It takes a village to shoot a paper puppet video. Ruth Lichtman and Emma Wiseman are enacting a dung fight. Olga Abramson is behind the camera and Sharon is directing.

What motivates the choice of scientists in your films?

(Sharon) We’re big fans of underdogs. The first profile/bio pic we made, on Alfred Russel Wallace, was motivated out of an earlier film project I had started researching with a friend. The more I read about Wallace, the more I related to him. He was a dedicated field scientist, and spent years traveling, observing the subtle variances of species from island to island, suffering from malaria, having his specimens stolen by wild dogs…he was a badass, a dyed-in-the-wool Victorian explorer! I used to be a field botanist, and I really appreciated Wallace’s gusto, his love of fieldwork. He never wrote an epic book like Darwin’s Origin of the Species, but he came up with the same theory of natural selection, and they’re co-credited with it. But now, Darwin has almost wholly eclipsed Wallace. In Animated Life, we wanted to celebrate people who are “unsung heroes” of science. It was difficult to find women and minorities who played major roles in science prior to, say, 1950, so we went out of our way to highlight women - like Mary Leakey and Marjorie Courtenay Latimer - who were involved in extraordinary discoveries. 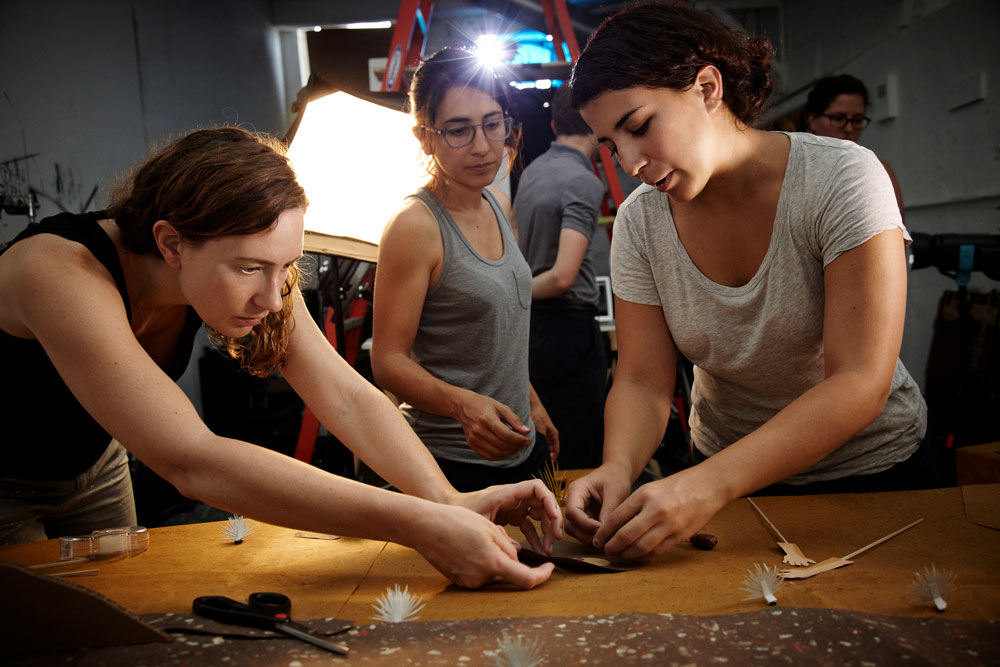 Sharon, Flora and Ruth make sure that shrub is just right.

Describe the process of making these films - from audio recordings to animation to storytelling.

(Flora) After we settled on the story we wanted to tell, we'd start looking for narrators to help us tell it. All the narration is pieced together from interviews. Assembling the audio took weeks. Every breath - literally! - was considered. From the audio, we'd make a storyboard and then start the puppet fabrication process. The sets and puppets are hand-made. Then we'd rent jibs and other large, heavy film equipment and shoot our miniature puppets for a week.

(Flora) Sweet Fern productions experienced a quantum leap forward when we found a well-known scrapbooking tool called the Silhouette Portrait® - shoutout to Silhouette! It's a machine that takes digital files and cuts them out of paper. 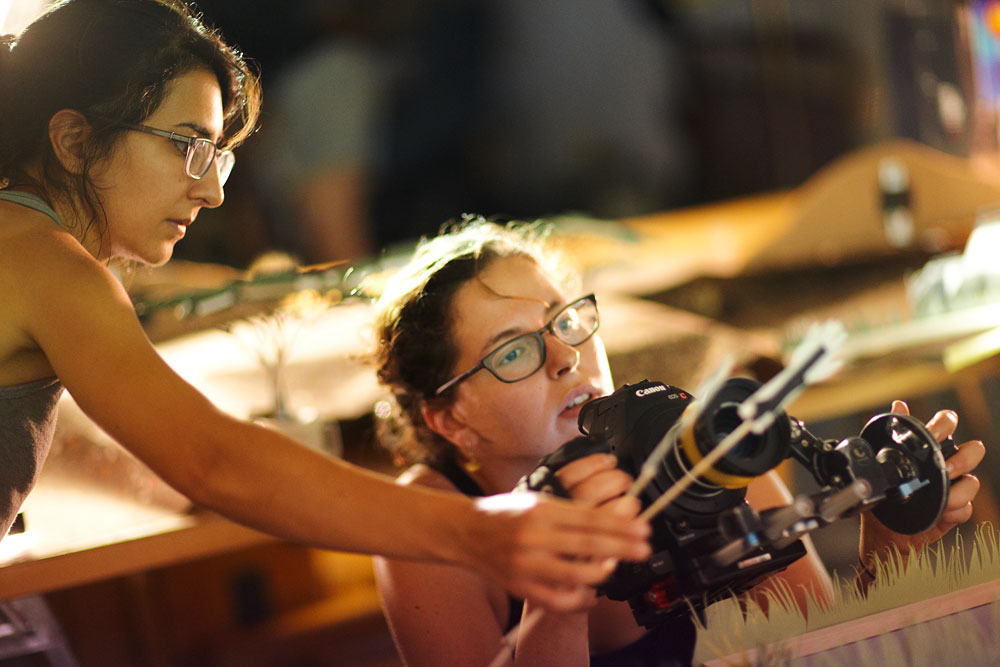 This is what a "POV" shot looks like in a paper puppet world.

How would define a "science film" ?

(Flora) I like to go broad in my interpretation of this question. If the film stokes your curiosity about how the world works and how people go about solving those questions - I think it's fair game to call it a science film. We’re not trying to be literal in our interpretations - this is a melding of art and science. We’re playing with paper, light and shadow, focus and blur, to evoke scenes that don’t necessarily exist in nature, but they might remind you of something you’ve really seen. 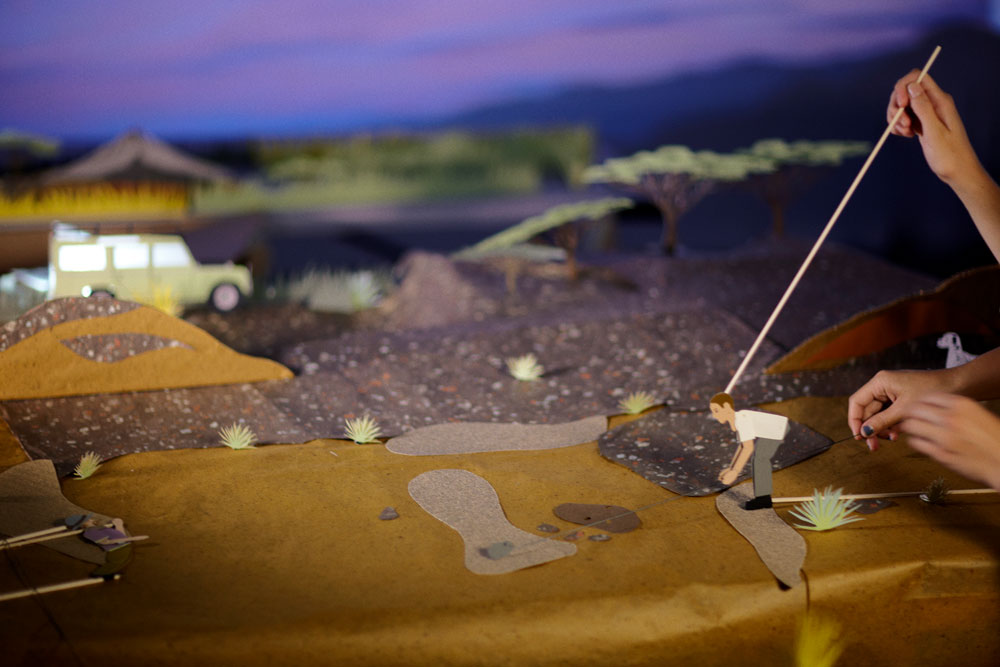 In this scene, the character is trying to catch a small rodent.

Any new new science-themed projects in the works?

(Sharon) I’m a Senior Producer on National Geographic Explorer, where I make short documentaries about science, geography and exploration. I’m also in pre-production on several new documentary projects, including one about the fickleness of memory, and another that celebrates making mistakes.

Sharon Shattuck is an Emmy-nominated documentary filmmaker and television producer. Her first feature film, 'From This Day Forward,' was distributed theatrically by Argot Pictures, broadcast nationally on POV (PBS) in 2016, and is on Netflix, iTunes, VHX, Hulu, and SundanceNow. She's the co-creator of the Emmy-nominated New York Times Op Docs series 'Animated Life,' which pairs stringent journalism and paper puppets. She has designed and animated several award-winning documentary films, including the Emmy-nominated feature, 'The City Dark,' 'The Search For General Tso,' and 'Love Between The Covers' Her short video and animation work has appeared in the New York Times, PBS, Slate, Vice, ProPublica, and Radiolab. She is currently a Senior Producer on the TV show, National Geographic Explorer. 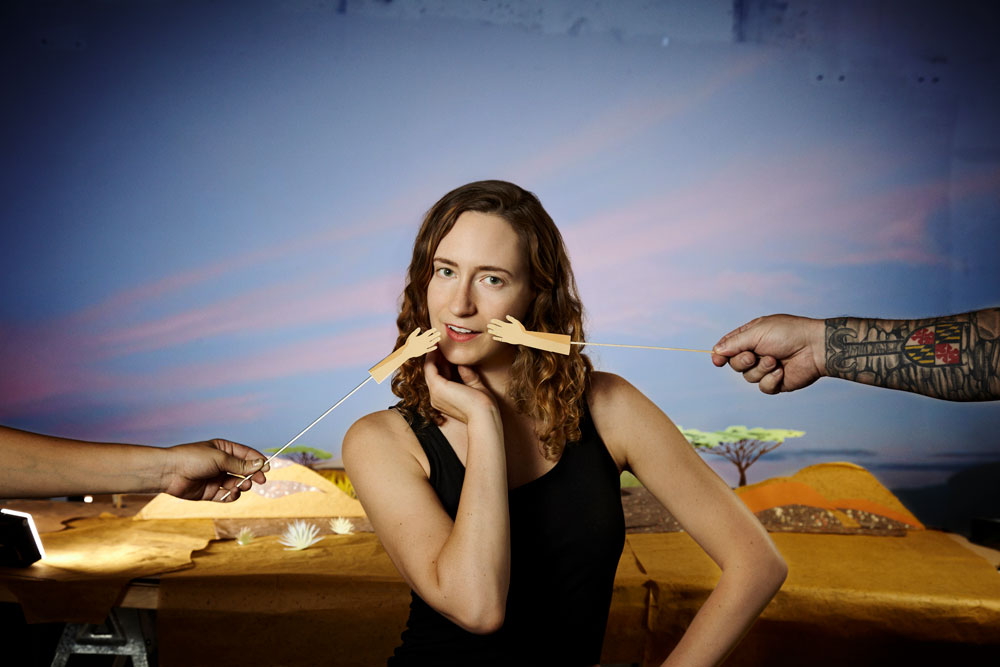 Flora Lichtman is a science journalist living in New York. Her videos have appeared in The New York Times, The Atlantic and in a number of film festivals. Previously, Flora worked for NPR’s Science Friday. Over the course of eight years with the program, she shot, produced and edited hundreds of science videos, chatted about them on the air, and hosted the 2-hour live radio show when Ira couldn’t make it. Her writing has appeared Popular Science and The New York Times, and she is co-author of “Annoying: The Science of What Bugs Us” — sadly a topic of deep personal interest. 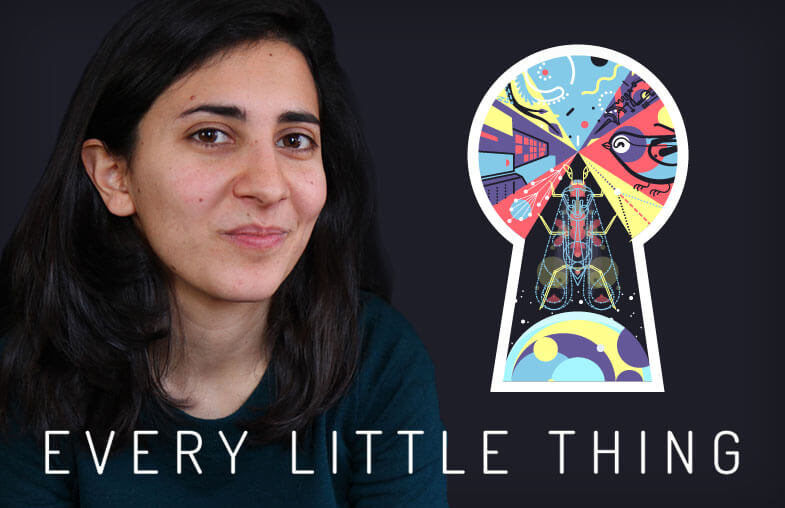