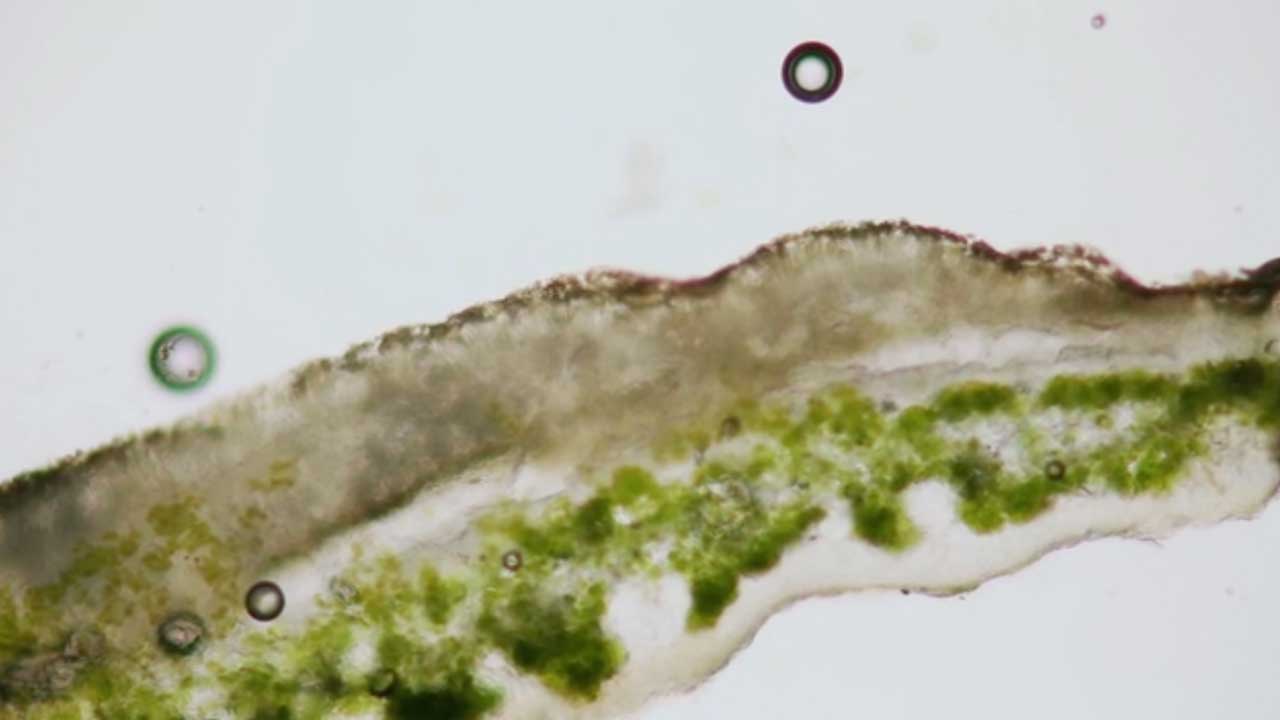 Lichen is a documentary about the fascinating composite organism lichen. Lichens, as mentioned in the film, are mosaic creatures that arise from a symbiotic relationship between algae and fungi. Lichen captures the biological marvel of these beings through sharp, beautiful visuals to tell the enchanting tale of this unusual lifeform. 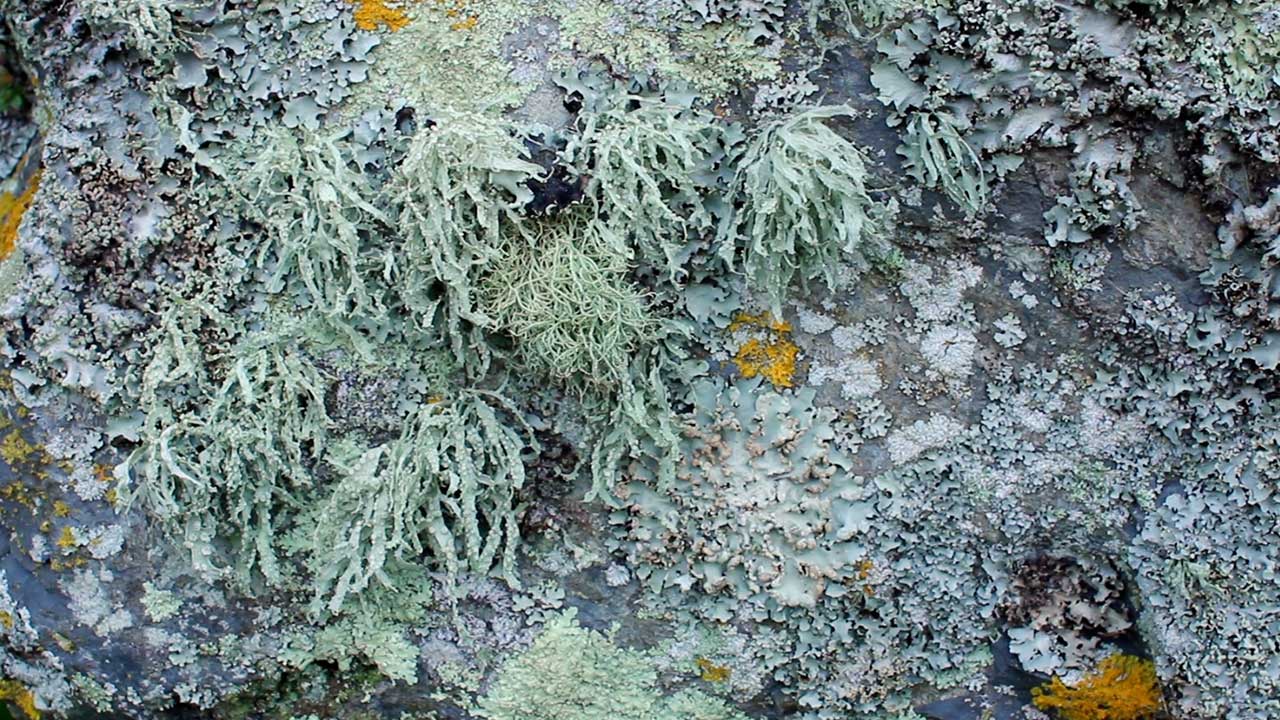 The film uses a combination of various types of footage from microscopic footage to animations to explain the habits and lifecycles of lichens. The slow camera movements and smooth transitions between the scenes, along with the soothing voiceover and music, add to the almost therapeutic and hypnotic intrigue of the film. The diversity of the visuals are key in creating an all-embracing story of these lichens where each kind of scene serves a unique purpose: the scenes in spaces inhabited by humans give us a glimpse of lichens’ presence in our lives, the microscopic scenes expose wonders of these beings that are not visible to the naked eye, and the animated bits add an extra layer of scientific depth by covering concepts that are difficult to be explained otherwise. 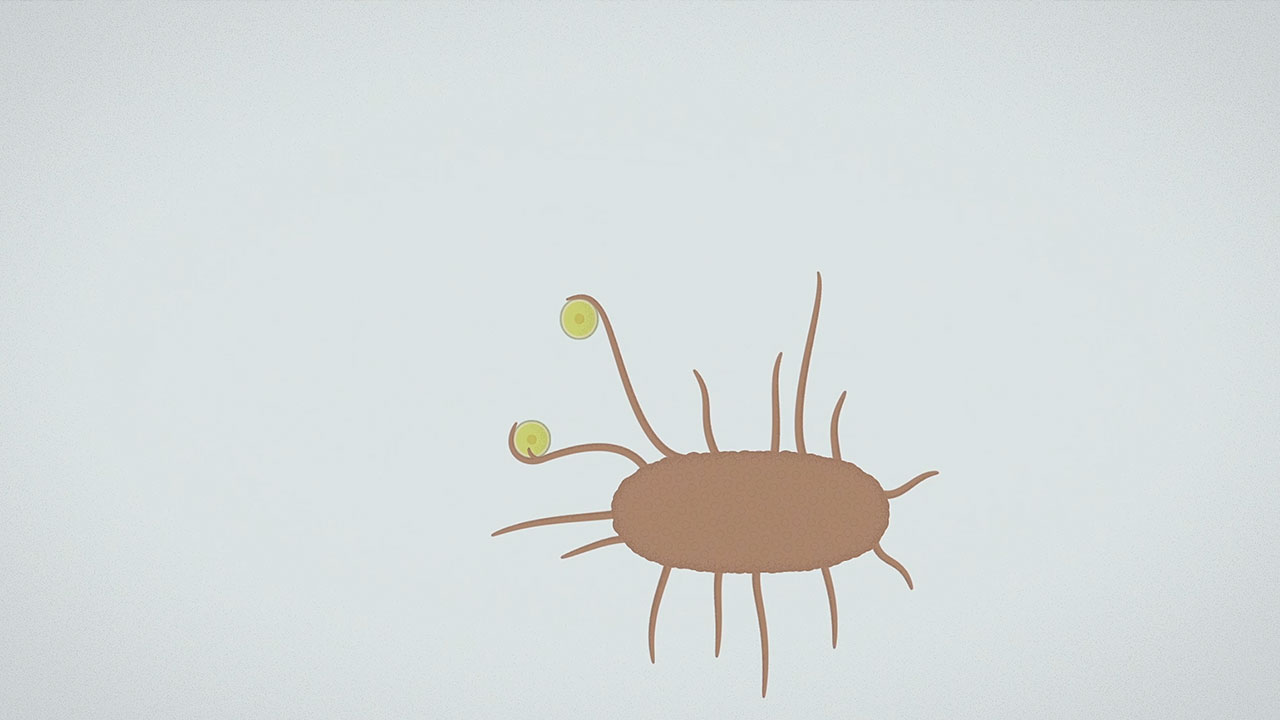 Despite this diversity of scenes, Sally Warring ties all these parts together seamlessly by using an earth tone color palette and saturated colors in outdoor scenes throughout the film. Warring’s soothing voiceover, which tells the story of these lichens by explaining their scientific concepts of symbiosis, mating, and feeding, is also shared by all of the scenes in the film. Even though Warring’s film goes into a certain degree of scientific depth, Warring still uses a very effective, accessible, and at times anthropomorphic story telling approach. She uses phrases like “paying rent”, “making a living”, and “expert colonizers” giving these organisms an additional anthropomorphic layer to their personalities that increases the complexity and appeal of the film without undermining the scientific and biological wonders these organisms are.

Through the remarkable eye-catching visuals and mesmerizing sound design of Lichen , Sally Warring successfully tells the astonishing scientific tale of these organisms proving once again her mastery in communicating and exposing the independent artistic capacity and beauty of science and its ability to coexist with scientific rigor and depth.