Territories at the Microscopic Level 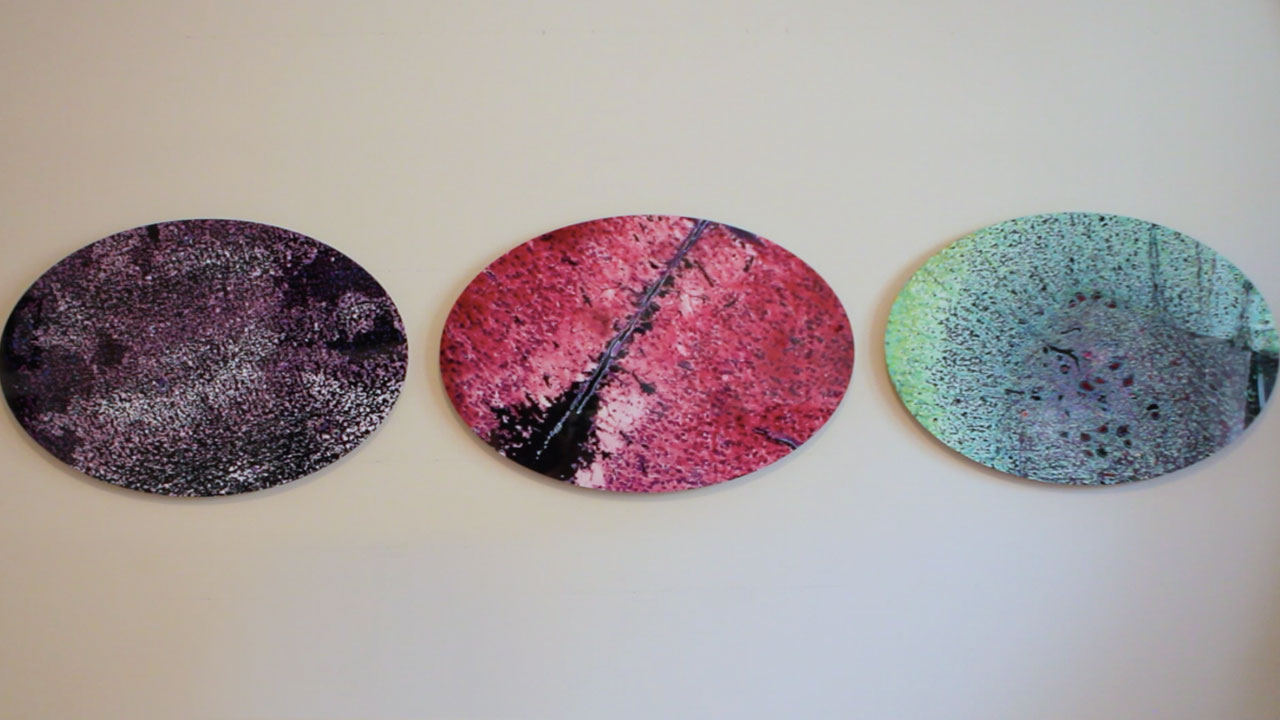 Take a look into the microscope and see the brain as a landscape. How much do we know about this undiscovered territory? Can we map this foreign land?
Neuroscience based artist Julia Buntaine talks about her current project, Territories.

Julia Buntaine is a neuroscience based visual artist, an adjunct professor at Rutgers University, and the founder and director of SciArt Center and Magazine. SciArt is an organization dedicated to bringing art and science together in our culture, through a publication, an event series and various art shows, as well as a residency program. 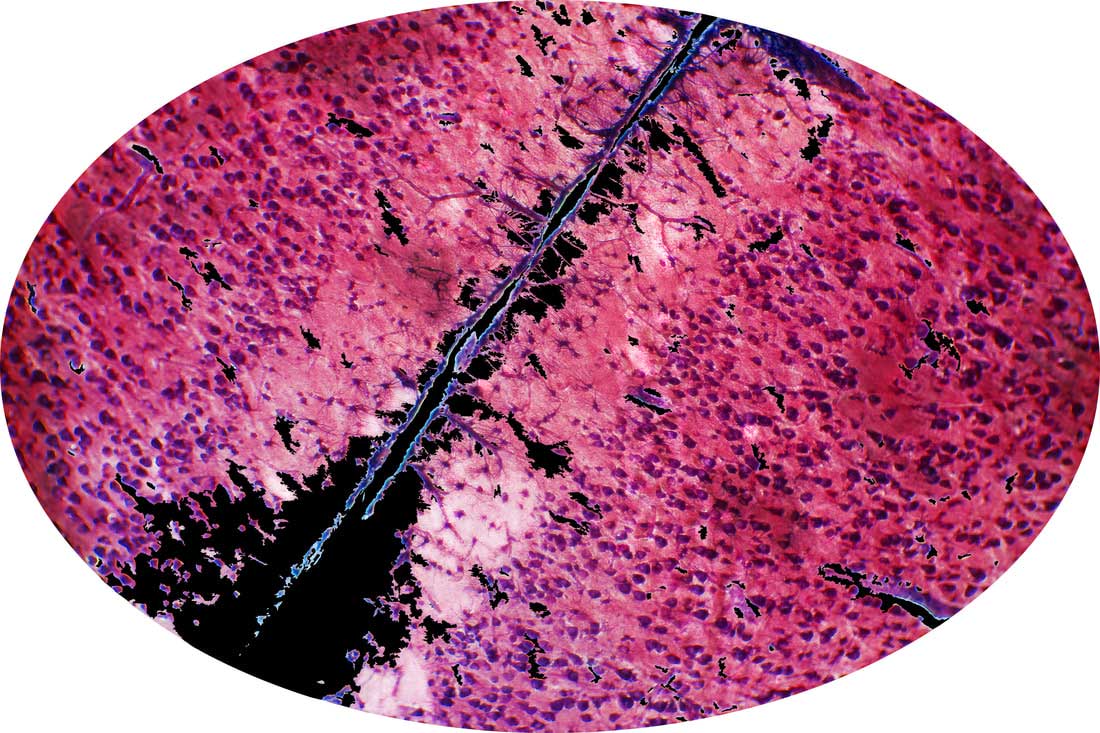 How would you define the core focus and purpose of your work?

The core purpose behind my artwork, I would say, is to share the beauty of biology. Whether I am talking about the literal forms of biology or the ideas of how the brain works, neuroscience is my focus. I want to share that with everyone because I think it's amazing, and neuroscience is the most personal of sciences, in a way. We all have a brain and so I hope that a lot of people can get excited about that and relate to it, and understand themselves a bit better.

You have just released a new update on the progress of your current project on your website, can you talk a bit about this piece?

The project I'm working on right now is called Territories. I am using photographs that I took under the microscope a couple of years ago at a biology lab, and translating those into images that look more like maps of geographies. I like to think of the brain as a landscape, and I like to explore the various landscapes in the brain.

I happened to have these microscopy images, and I thought, okay, I can put them in the frame of a certain, you know, global, oval map, and play with that idea further. With all of these images, I didn't manipulate what was there, I only deleted, changed or enhanced colors, but I didn't paint any of it, as it were.

The project is a series, and I have three done right now, there will probably be about 8 or 9 in total, and each one is going to try and really look different. Meaning that I have a kind of green one, and a purple one, and so on, and depending on what part of the brain the photograph is from, they end up looking really different from each other.

All of these are taken from, I found out, a rhesus macaque monkey, which is kind of a main model organism in a lot of types of neuroscience. The pink/purple one (Territories 1) will be from the frontal cortex and the others are a little more mysterious.

I'm still trying to get to the bottom of it, I have limited information, but it isn’t such a bad thing for me because it just makes them more mysterious and more objective, visually at least. 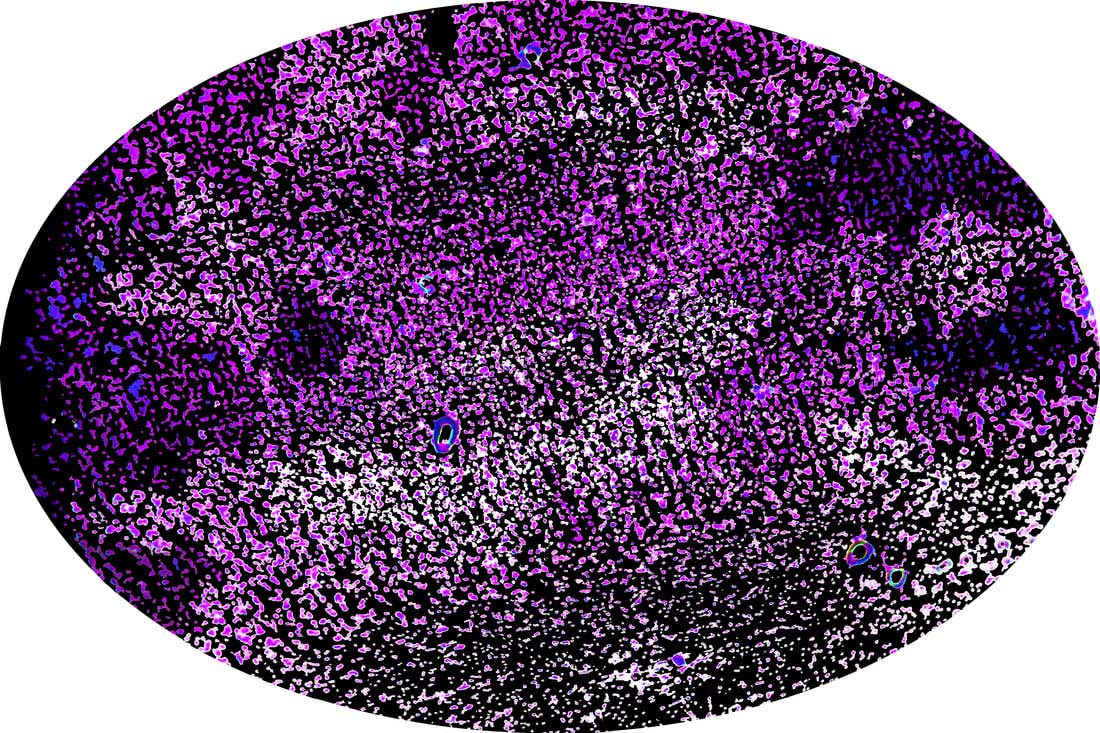 Territories has a strong link to the idea of brain mapping and trying to understand the human brain, which is still an unresolved challenge in neuroscience. What role can arts play in our quest to map the brain? What barriers or limitations can it overcome?

You were asking me earlier about the purpose of my art practice, and this relates another thing I like to do to – highlight the fact that the brain is largely this unexplored territory that is very chaotic, very messy.

When I first started studying neuroscience, I had my textbooks, and there were pretty little drawings of neurons that some medical illustrator had made, and it really helps you learn how things work – but it does not look like that in real life. When you open up the brain, you can't see individual neurons, it just looks like a big bowl of mush. I think that in my artwork I try and often highlight the aspect of the brain that is the crazier, messier side to it, you know, it's not this little clean cut organ.

If you don't study neuroscience or you don't study any kind of science, it's easy to think that things are more straightforward. If people can realize that “Oh, this is actually a really huge undertaking that scientists are taking to try and understand this thing in our head”, then there could be more of a general appreciation for science at large in the public, science literacy, science funding, even, maybe. Hopefully some of my artwork will help relay that message, and further inspire people to just appreciate the biology that they have, even if we don't know all about it yet. 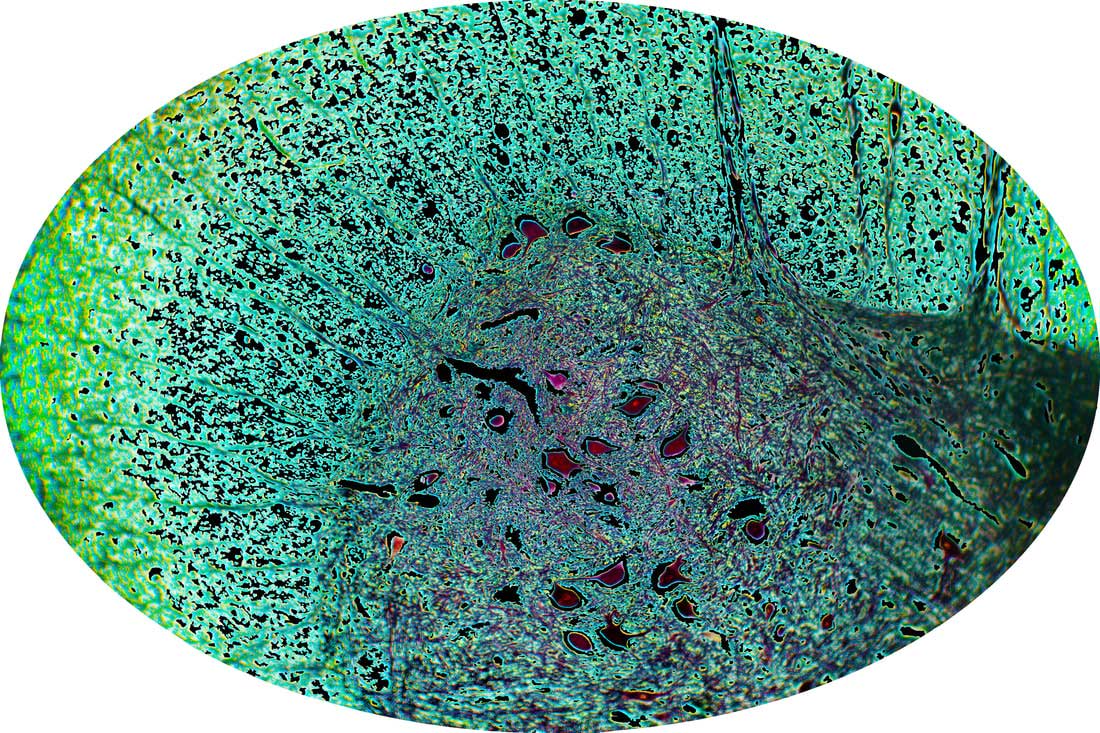 Does your current work link to your past projects in any way?

My projects kind of range on what level of anatomy they are talking about. I am on the neuron level right now – well, I'm a little above the neuron level, because in this Territories series there are a bunch of neurons that are seen at the same time. Other projects I've done are a real zoom in or a real zoom out, so I'm always on a different level. Lately I've been working with neuron imagery from MIT, computer generated images, and those are just single neurons. But I've also done other projects that talk about consciousness, so that's more like the whole picture. Some were in the middle there.

What is your craziest story about a brain project that you have done in the past?

I have a funny story, which did, I would say, shock – not in a bad way but more of a surprise way – it did shock quite a few people. It was my first big project as an undergraduate, I started it when I was a junior and it took about 8 months to complete, because I had decided to make a giant brain, out of concrete.

Now this is kind of an insane idea because making anything out of concrete is difficult, but I did that for a number of months when I was a student to really explore the medium. So I thought, okay, well I’m already making brain stuff and I wanna do concrete stuff so I’ll just do that together. But I didn’t want to just create a giant sculpture that approximated the brain, I wanted to size up an anatomical model step by step, mathematically, so that when it was finished, it would be exactly right.

It is important to me to get the science across, not some approximation of the science. So I devised a system to measure up an anatomical model in slices, and then translate those slices into foam boards, put those foam boards together and then, voilà, a Styrofoam brain, which was then covered in concrete.

This was all well and good, it was quite ambitious but it was going along fine. Until at one point I had to transport it back home, which was two hours East outside of Boston, where I grew up, because I had to work on it over the summer because I’d promised my advisor to finish it.

So this meant that my dad drove out with his pick-up truck, and picked me up, and we both drove back with a five foot by five foot by foot concrete/Styrofoam brain just snugged into the back of his pick-up truck. It looked completely ridiculous, because if you look at the back side of a brain model, it kinda looks like a – a behind. We got the most amazing looks from people, we even stopped at a rest stop at one point, this guy gets out of his car next to us and he’s like ‘Is that a giant brain??’ He couldn’t even believe it.

Interview conducted by Orsolya Szantho, NYUAD student and Programming Intern at Imagine Science Films. Orsolya is a third year student focused on interdisciplinary filmmaking and performance. Born and raised in Hungary, her interests in technology, science and the arts have led to study and train in the UAE, Cuba, India and the US.