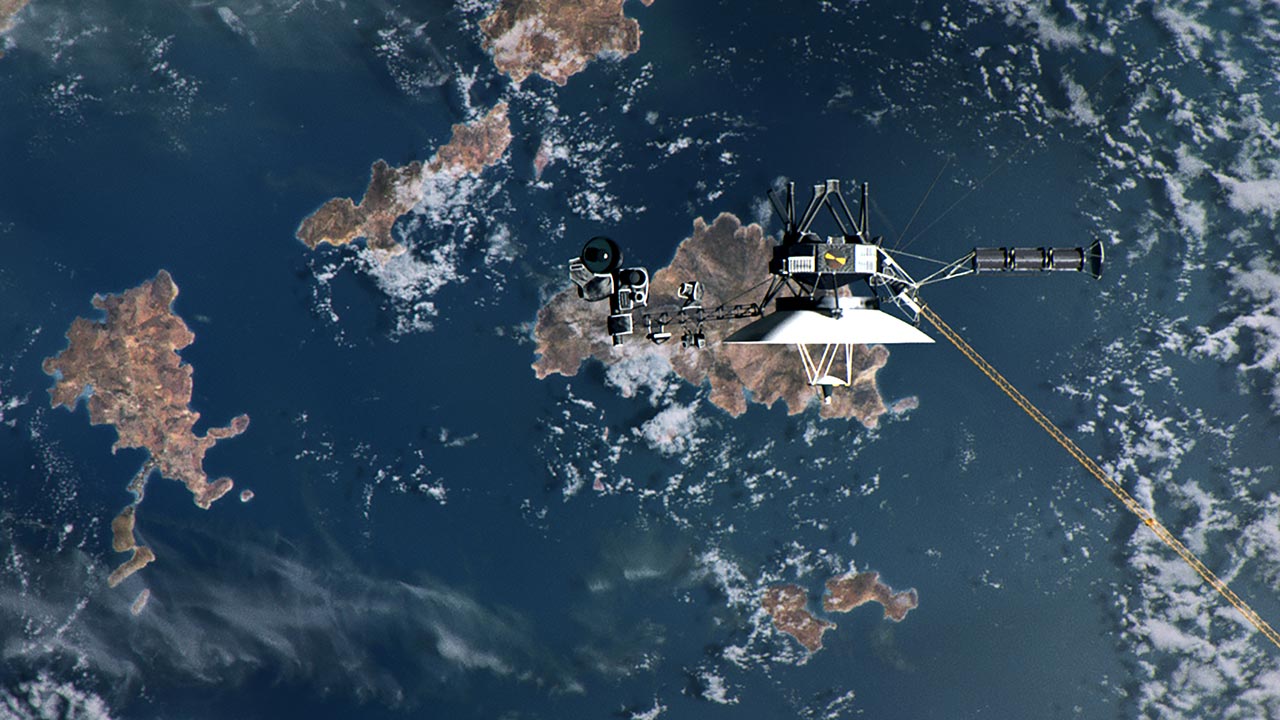 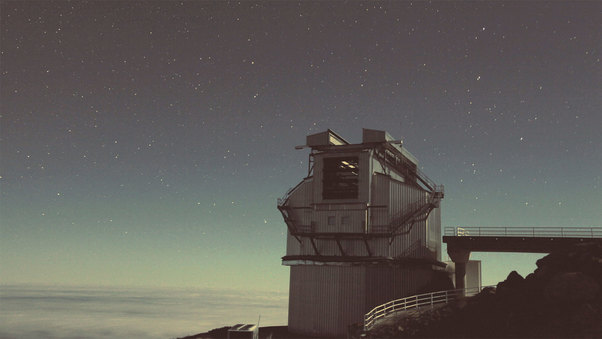 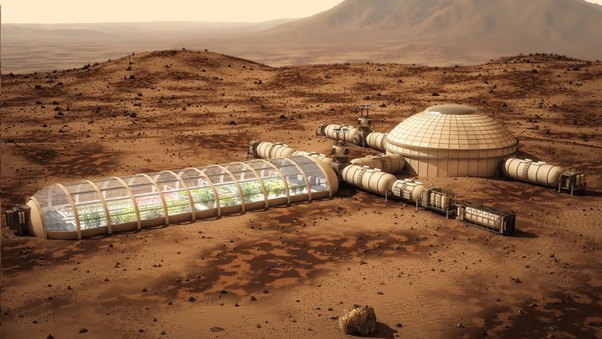 The property of life on Earth to push beyond the boundaries of its habitat is immemorial, and no doubt etched in our DNA. Our drive and ability to explore new horizons is what has kept our species thriving on the planet for close to two hundred thousand years, and might prevent us from perishing long after our planet is no longer habitable.

This theme is poignantly rendered in “Someday Somewhere Beyond,” a documentary inspired by a collection of architectural drawings of orbital space settlements designed in the 1970’s through a research initiative established by physicist Gerard O’Neill and co-sponsored by Stanford University and NASA. The blueprints, despite their originality and the foresight of their creators, were eventually shelved and forgotten.

“Making Someday Somewhere Beyond,” says film director Jonathan Minard, “I set out to tell the story of an abandoned future. How did the vision of space colonization come to be, and who—if anyone—is still keeping the dream alive?”

Filmed at the NASA Ames Research Center in Mount View, California, the documentary revolves around the annual International Space Settlement Design Competition, open to high school students from across the globe.

Until I saw this film I’d never heard of terraforming, which basically means to make a planet (even one with an atmosphere as thin as that of Mars) habitable for human existence.

Nor had I envisioned, in my wildest dreams, giant inter-galactic cylinders with parks, trees, oceans and streets where children are raised and people live and retire. Even more mind bending is the concept that differences in gravity between Earth and other planets, such as Mars for instance, could potentially give rise to new species of plants, animals, and humans, transforming life as we know it.

For someone whose most notable out of Earth experience constitutes observing the bands of Jupiter through an amateur telescope in central park, I was blown away by these young contenders, their imaginative projects and their dream of witnessing a space settlement in their lifetime.

In a world where climate change and asteroid impacts once drove many life forms to extinction, and human overpopulation threatens to deplete the planet’s resources, I was aptly convinced of the importance of establishing human colonies in space and exploring the boundaries of our solar system.

Saving the human race from a future catastrophe and perpetuating our existence in the universe is a key motive behind the space settlement designs, but so is a less self-centered need to understand the universe, and our place in it. 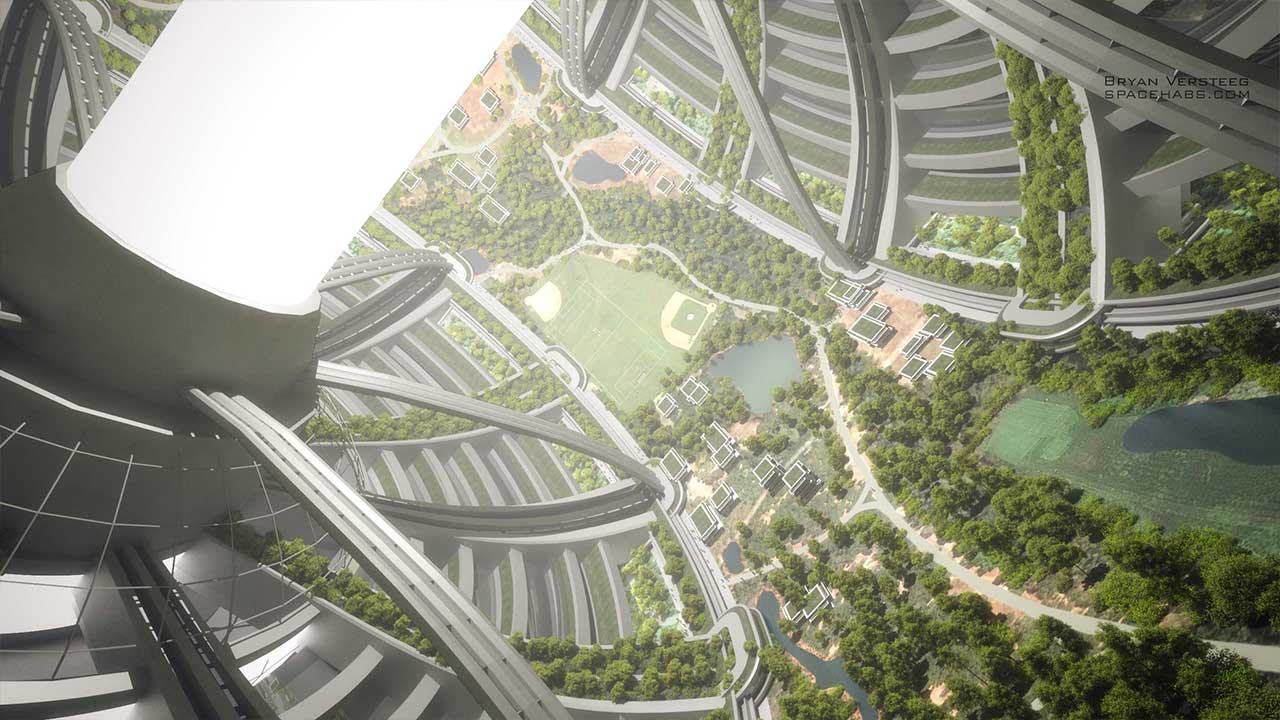 This motive is beautifully explored in “Into Deep Space,” a powerful documentary about the search for life outside of the solar system.

The film was inspired by the research of Duncan Forgan, a theoretical astronomer from the University of Edinburgh who studies planet formation and how life might have arisen in other planets, and Grant Miller, an observational astronomer based in the University of St. Andrews, Scotland, who studies stars that have been flagged as potential planet hosts by automated telescopes in the island of La Palma to determine whether the objects orbiting them are indeed planets.

Though their focus is different, the philosophical concerns of these two scientists are similar. The question of who we are, and what does it mean to be human, is one of the fundamental aspects illuminating their research of other planets and their potential to contain life.

“The study of exoplanets is an excellent resource to figure out more about the perspective that we can place on ourselves,” says Duncan Forgan. “Is being a human being a really unique experience, or will it be similar to other experiences that we can find elsewhere in the galaxy?”

Although earth analogs have been identified in other stars in our galaxy, the question remains as to how these planets would look, and whether life evolved in them as it did in ours.

A dramatic close-up view in the film of salt crystals contrasting against black volcanic rocks, evokes the possibility of alternative life forms while conveying the sense of what an alien world similar to ours might look like. “We wanted to explore the idea of what it might be like to be on another planet, an earth analog,” says film director Anne Milne. “What would these planets be like? Would they be like earth, but just a little different?”

The volcanic beaches, salt pans, and rainforests of the island of La Palma, situated off the west coast of Africa, evoke an eerie sense of otherworldliness, but they also recall the ancient history of our planet, and bring to mind the thought that perhaps the answers we seek about other planets and their potential to host living beings lie in understanding our own.

“In some ways we’re looking upwards,” says Dr. Forgan. “But at the same time we’re looking downwards and we’re looking inwards, learning more about how we function as human beings, how the planet functions.” 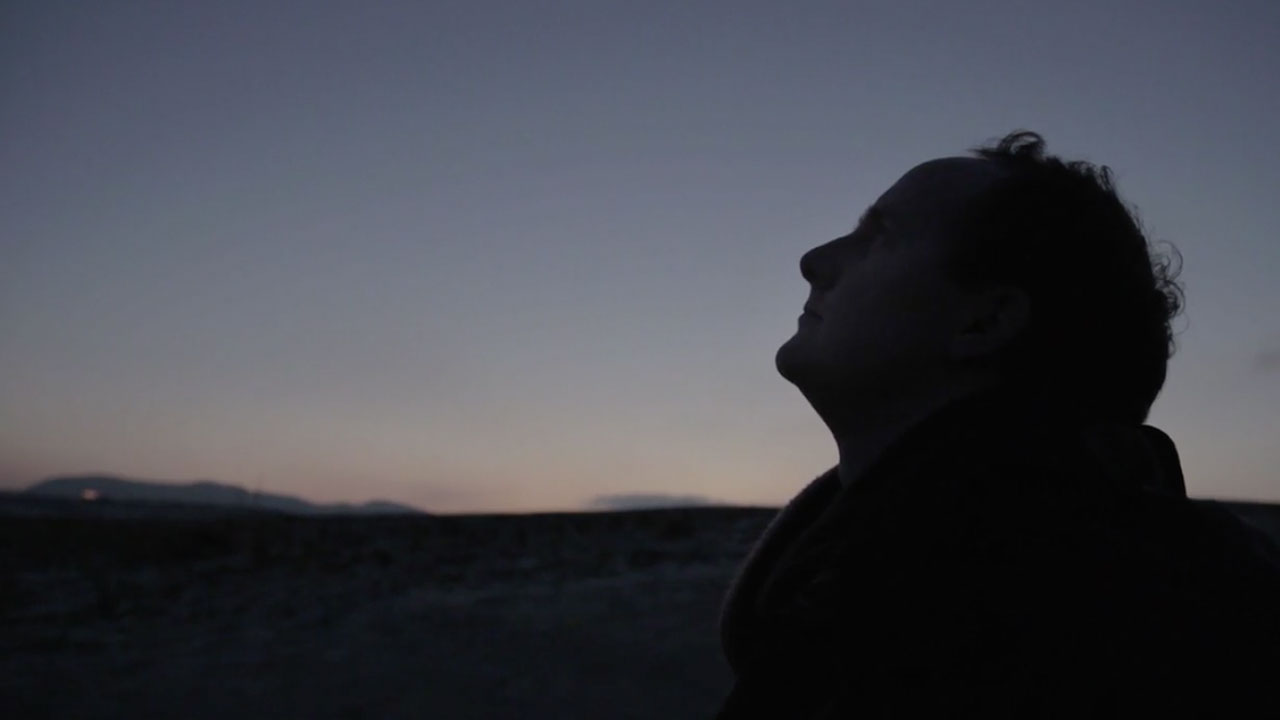 The sense of looking outwards and inwards is stunningly conveyed in “Voyagers,” an experimental documentary that traces the journeys of Voyager 1 and Voyager 2; twin space probes launched by NASA in 1977 that continue till today to collect and relay data to Earth, and are predicted to do so until their instruments run out of power sometime around 2025.

While their primary mission was to study Jupiter and Saturn, Voyager 2 went on to explore Uranus and Neptune—uncovering unknown details about these planets. Then Voyager 1 made history when in 2012 it crossed the heliopause and became the first man-made object to leave the solar system and enter interstellar space.

These milestones are showcased in the film to high speed footage and folkloric Mexican music, which allowed me to experience the awe and excitement the NASA astronomers and physicists involved in the mission must have felt receiving the first images of Jupiter in 1979, Saturn in 1980, Uranus in 1986, and Neptune in 1989, culminating with the interstellar entry of Voyager 1.

A memorable scene in the film, which is mostly animated, shows an ant-sized spacecraft coursing the rings of Saturn to sounds reminiscent of an ongoing motor, whipping winds, and distant explosions. What we are hearing—explains film director Santiago Menghini—are the electromagnetic frequencies emitted by Saturn and its surrounding space, captured by the Voyager and converted to sound.

“The sounds were an immediate inspiration because they provoked such wonderment,” Menghini says. “It allowed me to imagine the outer planets and perceive them in a way I had never considered—through sound.”

In sharp contrast to these space sounds are those contained in the twin gold-plated copper disks carried in the exterior of each of the Voyagers. The sounds of animals, trickling water, and human voices speaking different languages, are evocatively showcased in the film to images of the earth and of ourselves—our biology, cultural diversity, logic and technology.

These sounds and images from humankind, intended for the extraterrestrial civilization the Voyagers might encounter, is forecasted to survive a billion years into the future.

In an arresting scene in the film showing the sun receding from a Voyager's eye, and becoming a star like any other, I felt like a parent watching a child take its first steps. While I wished the Voyagers well in their ventures, the thought crept to mind that despite the billions of stars in our galaxy, and the potential of some of them to contain life forms that will be able to find and interpret our message, at the end of the day we may have only ourselves to reckon with. 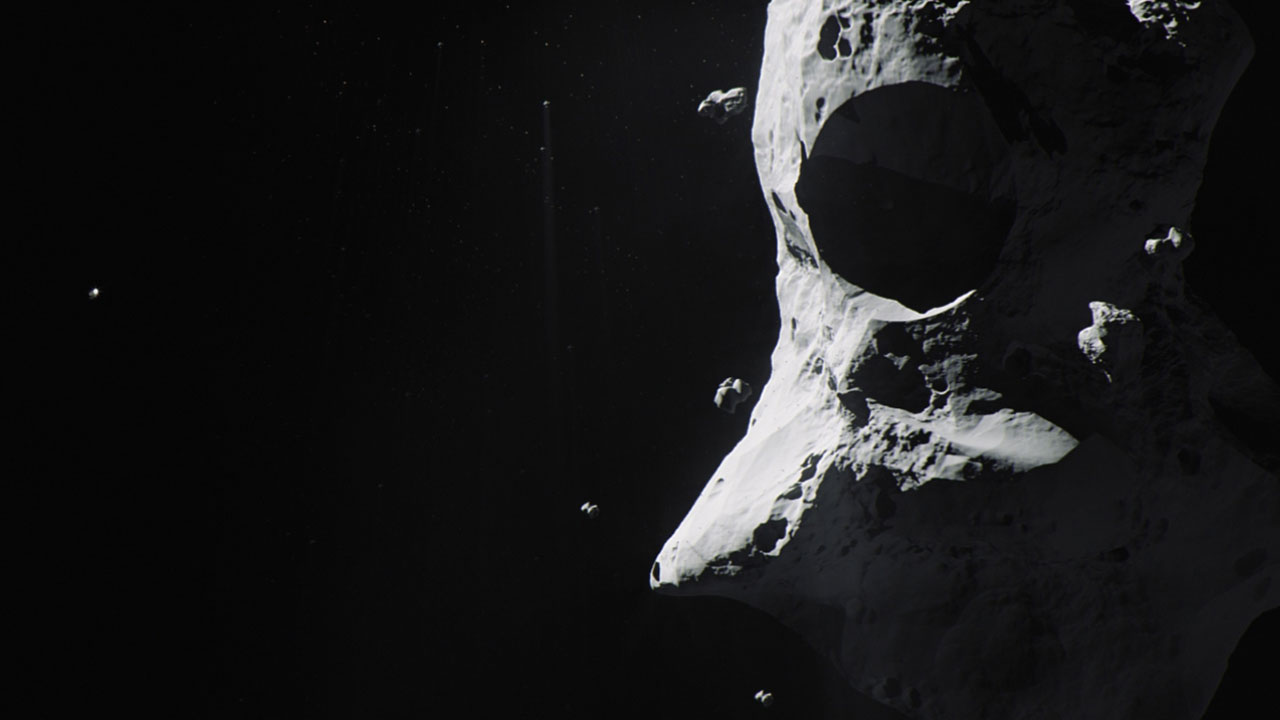 Andrea Rothman was a research scientist at the Rockefeller University in New York. She holds an MFA in creative writing from Vermont College of Fine Arts. Her first novel, Pathfinder, is represented by Janklow & Nesbit Literary Agency. Her short stories can be viewed at www.andrearothman.com.