The Many Faces of Sleep 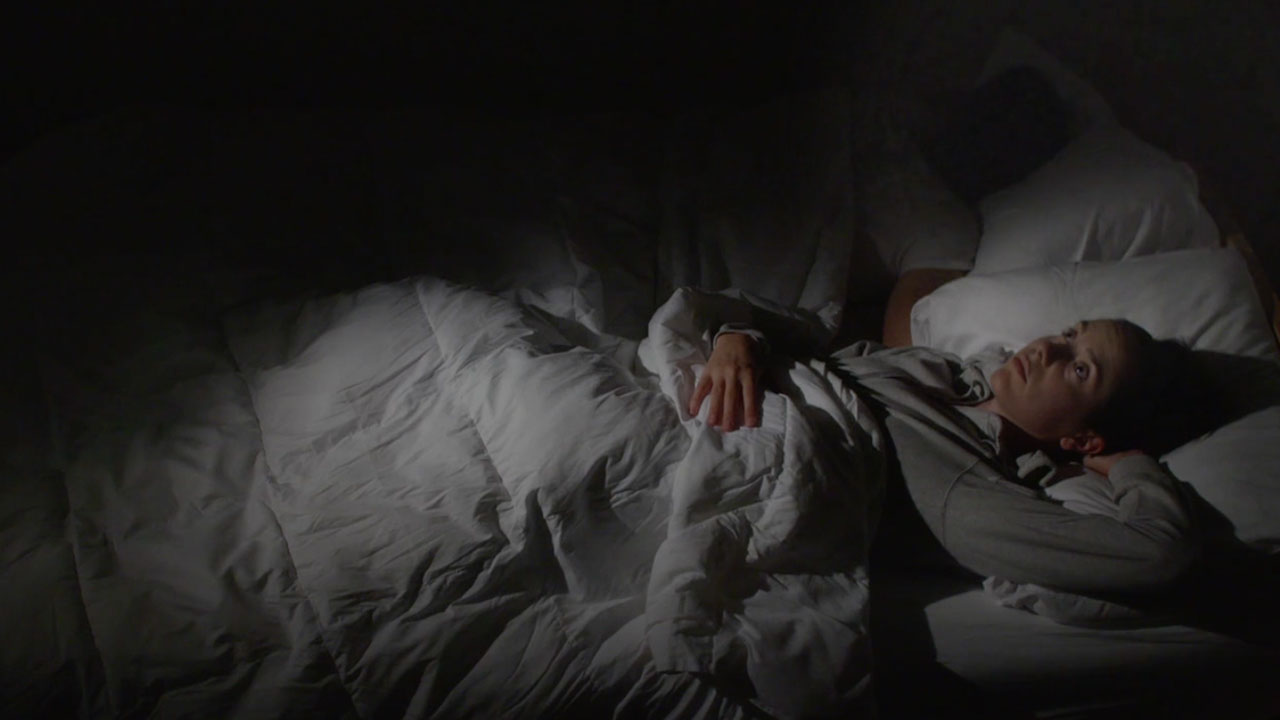 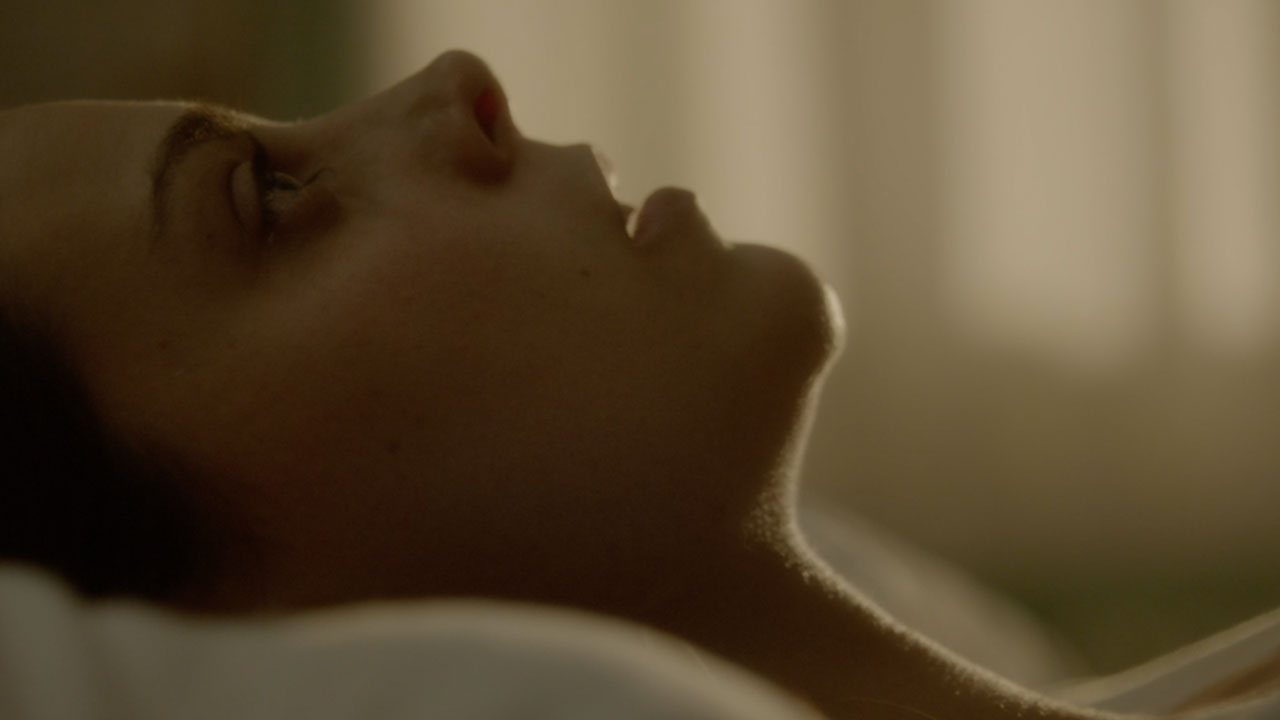 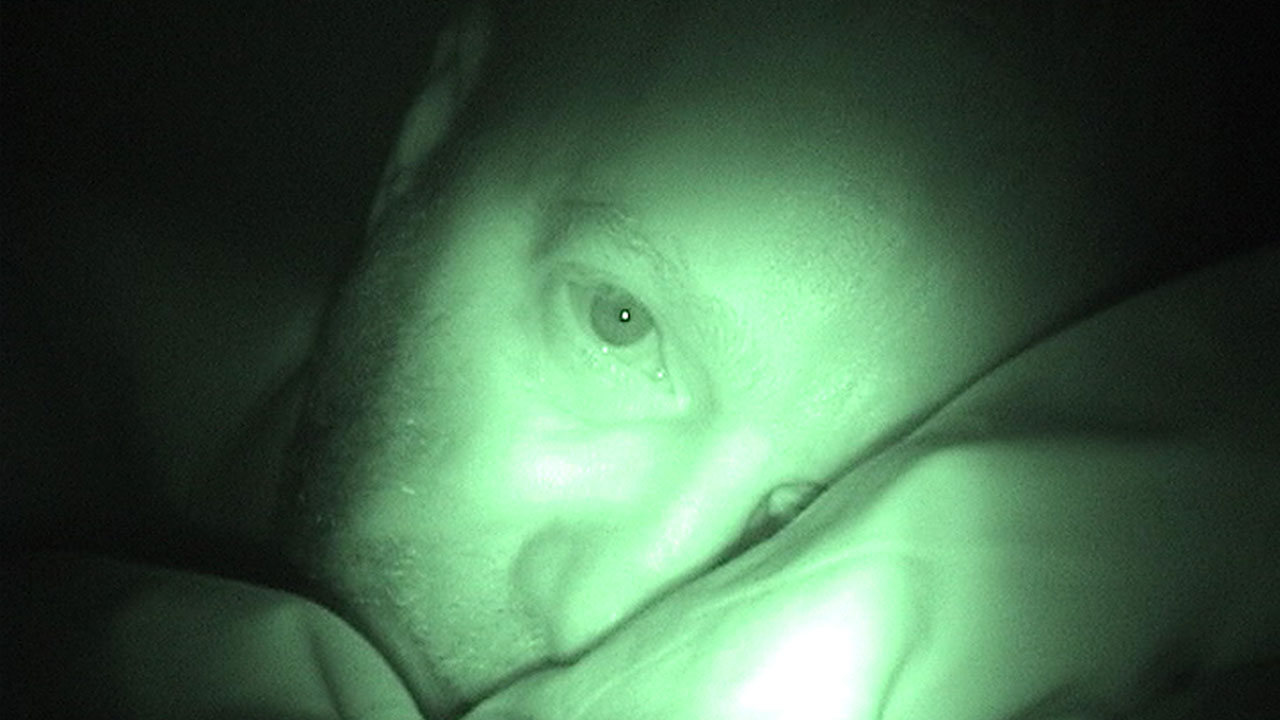 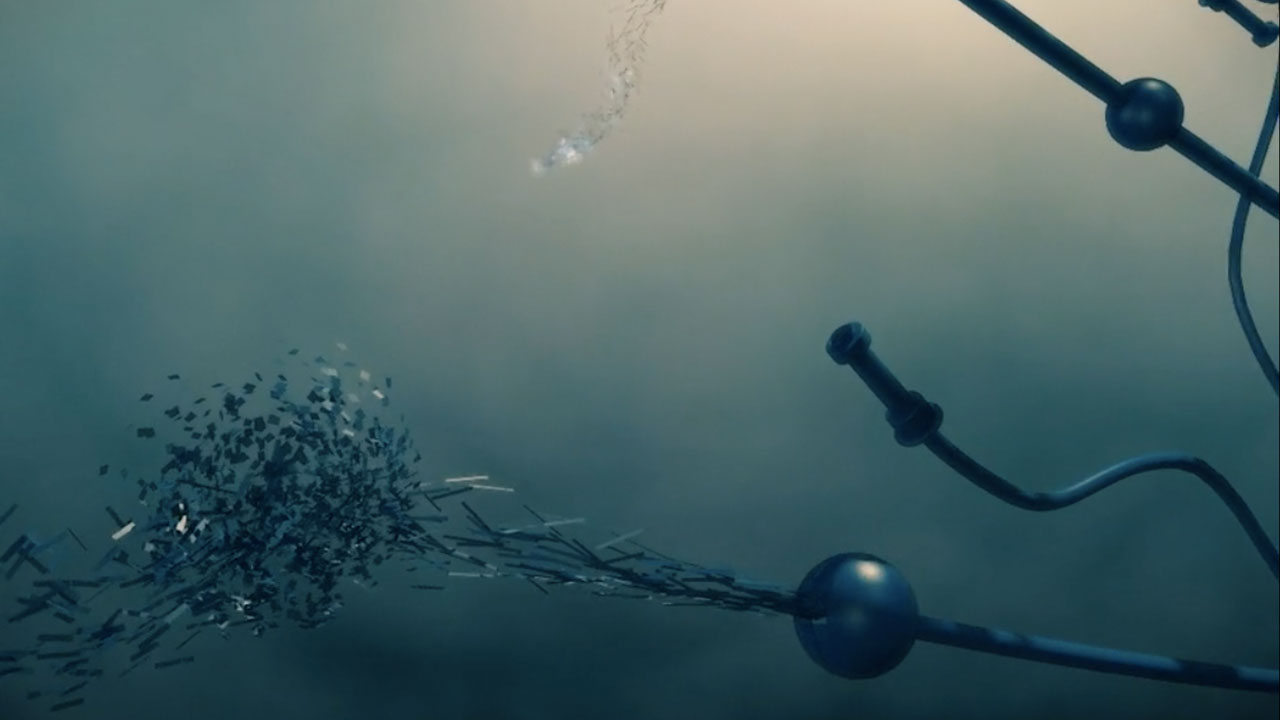 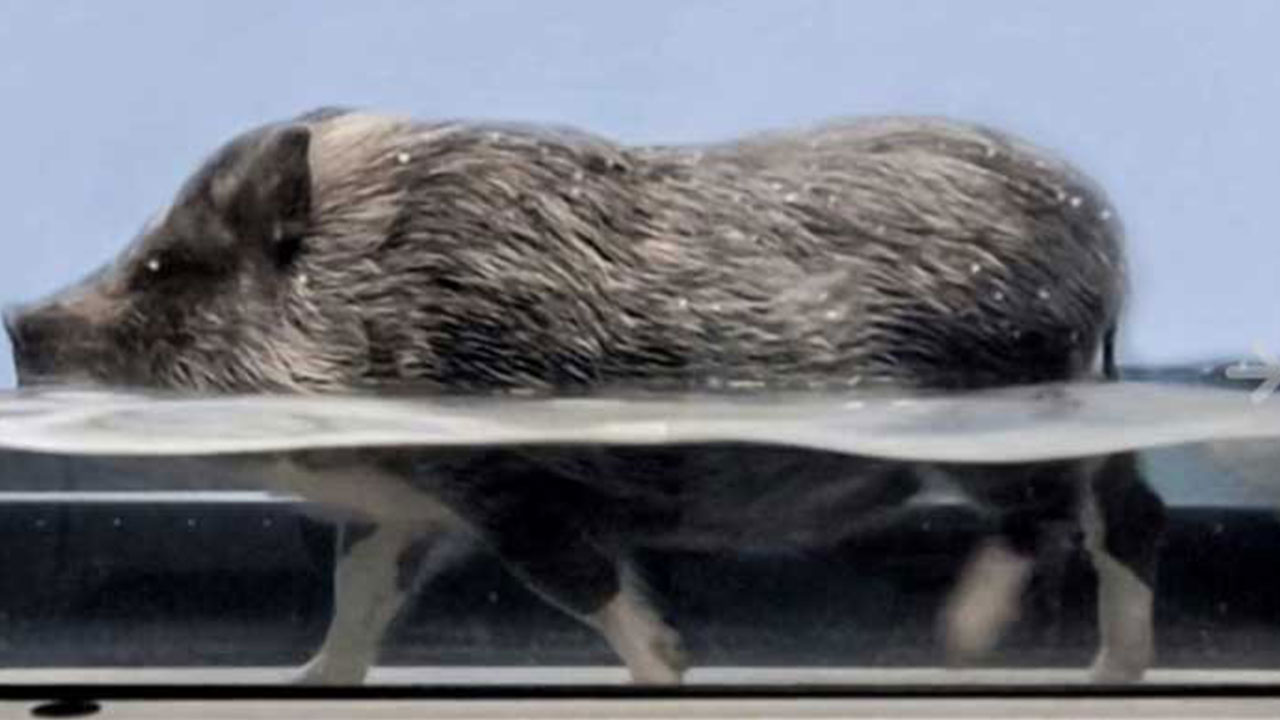 Animals Under Anaesthesia: Speculations on the Dreamlife of Beasts 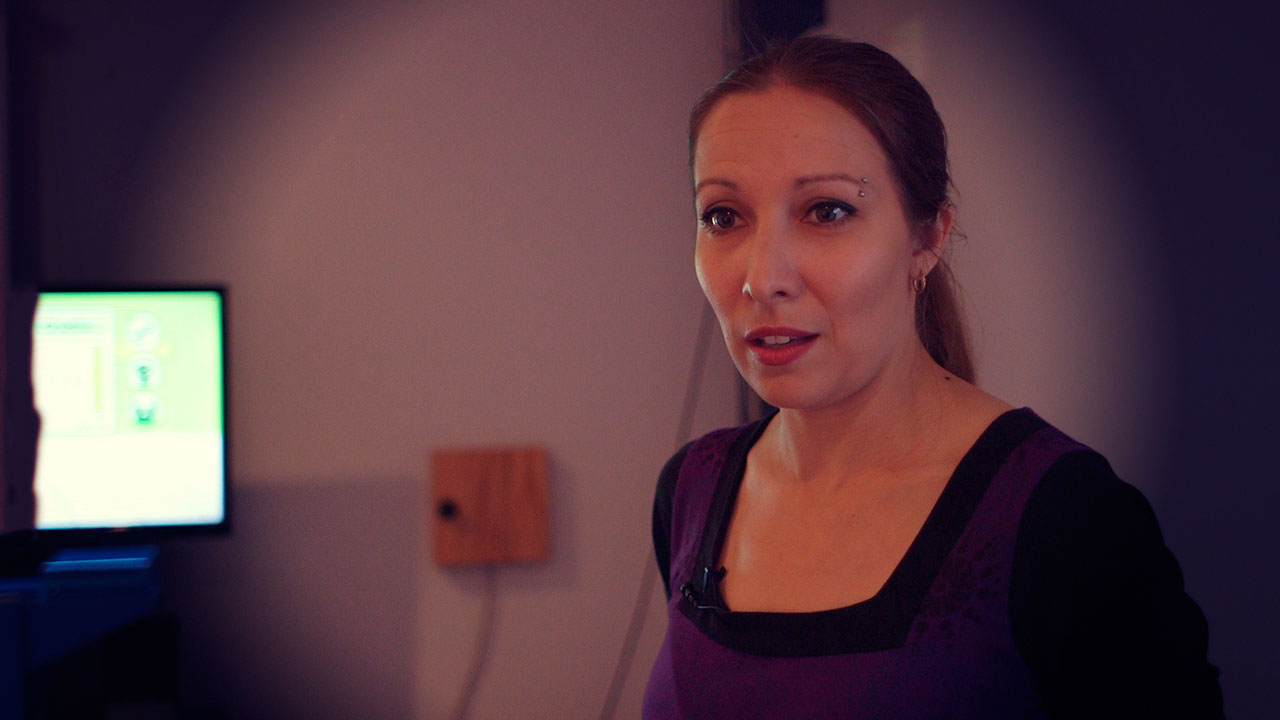 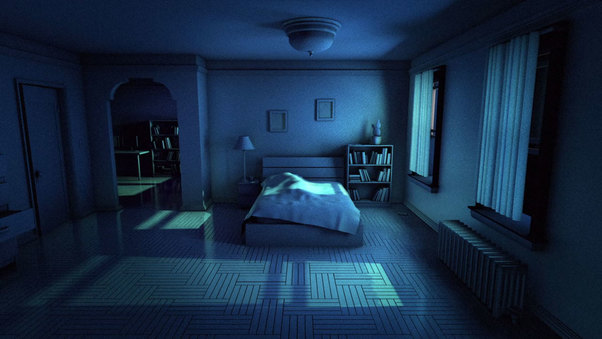 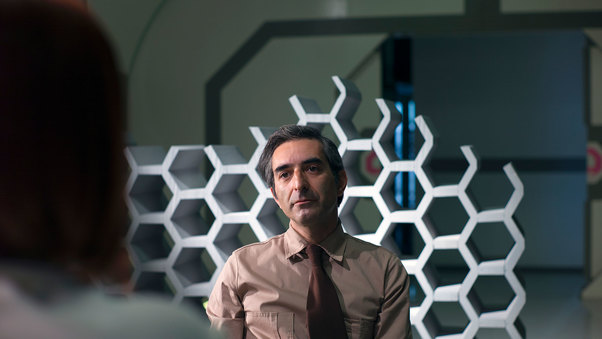 Is sleep a thief, an arcadia, or a grotesque punishment? In Neil Gaiman's Sandman sleep becomes a prison, paralyzing the body and locking the mind in a film that never stops running. But in the midst of today's self-care phenomenon, sleep has assumed the qualities of an elixir, promising success and self-actualization if integrated into one’s routine in approximately exact doses. (Anything less than six hours is now perceived as a conscious attack on one’s well being, anything more an act of freeloading on society’s more “productive” individuals.)

The fascination around the mechanics, functions, pathology, and symbolism of sleep have been represented in various mediums for centuries, beginning with folklore, art, and literature, and more recently expanding into the domain of film. In the following Spotlight selections, we hope to capture different opinions on sleep via fictional shorts (Organic Sleep, Despertar), stunning animation (Slow Wave), empirical research (Expert Dreamers), a brain test (Inscapes), personal documentaries (Wide Awake, Sleepless), and experimental film (Animals Under Anesthesia: Speculations on the Dreamlife of Beasts).

Among these eight, there is an emphasis on what happens when sleep acts the elusive White Rabbit, evading those who desperately seek it. As a result we asked each filmmaker to share how many hours of sleep they get on average, mostly for fun but partly so we can reclaim authority over our sleep habits. Sure, ten hours worked for Einstein, but less than that also has its hidden benefits, as we'll see in consummate hoarder Alan Berliner's Wide Awake. As usual, our hope is that these films inspire introspection on all the different forces that makes us human, including those that arise when night has metamorphosed us into nothing more than a lump of sheets on a bed. 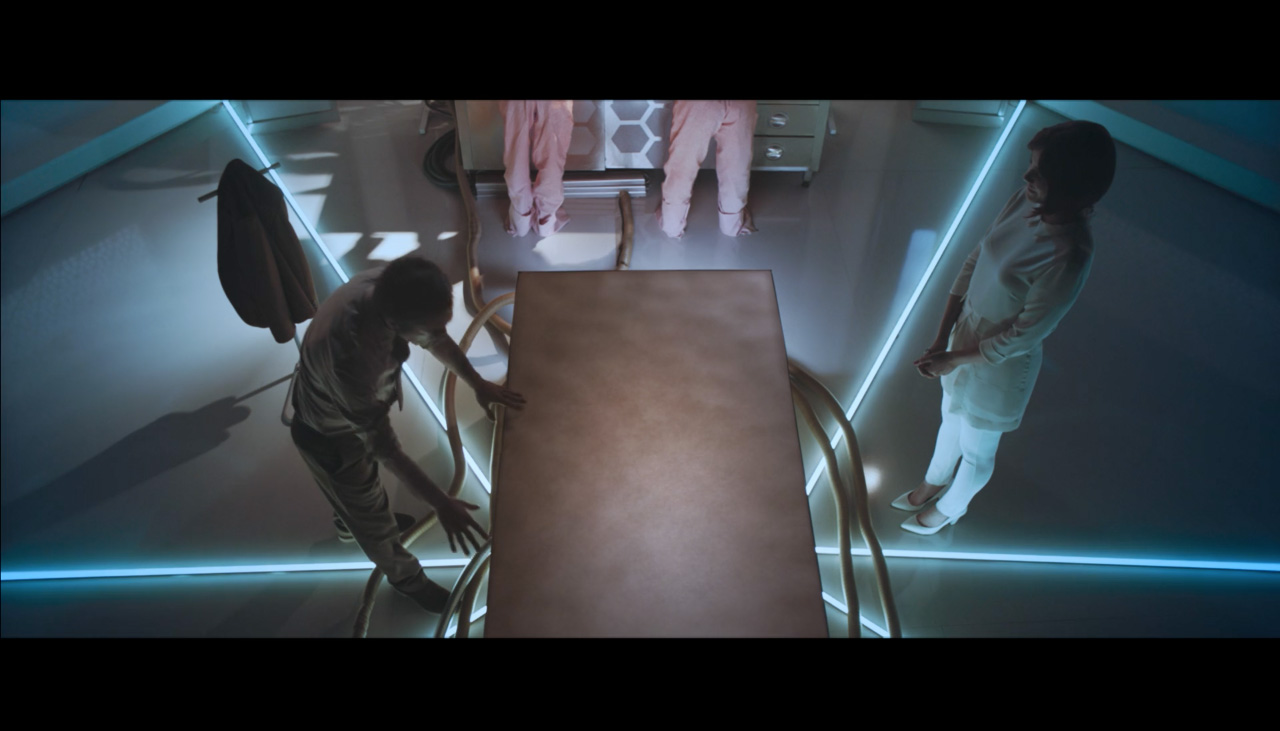 Turkish filmmaker Hasan Can Dagli’s Organic Sleep will make the most sense to those coming out of a long relationship. How do you sleep alone again after sharing a bed for years and years?

Dagli proposes: flesh beds. Beds smooth like skin that readjust to fit your body, an idea beautifully brought to life by the designers of the film. It’s like sleeping in the crook of someone’s arm. Or in your mother’s womb. If either doesn’t sound appetizing, that’s just because you haven’t tried it yet. 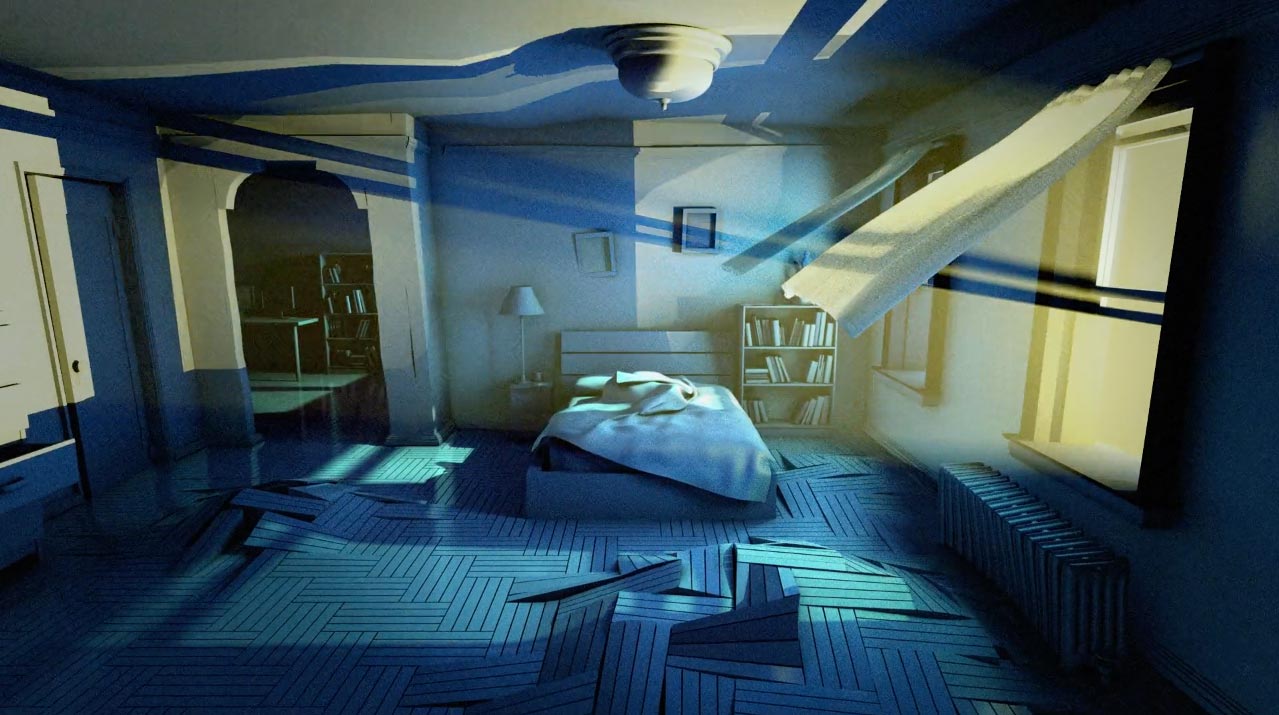 Slow Wave, Andy Kennedy (Hours of sleep: Between 6 and 7)

Slow Wave by Andy Kennedy is going to sleep on LSD. To visualize the experience of having a night terror, Kennedy fashions a four-minute animation where colors drum into a dark, minimalist room as the thing in the bed (is it you?) drifts off for the night.

In response to some seismic force the floorboards course like waves, arcing into hills then narrowing into stalagmites. The ceiling shoots a pillar into the floor. The house (haus) is playing with you. Is it the labyrinth from the Navidson Record? You reach your arms out to pull your blanket close, but to your surprise sand, wet and cold, collects under your fingertips… 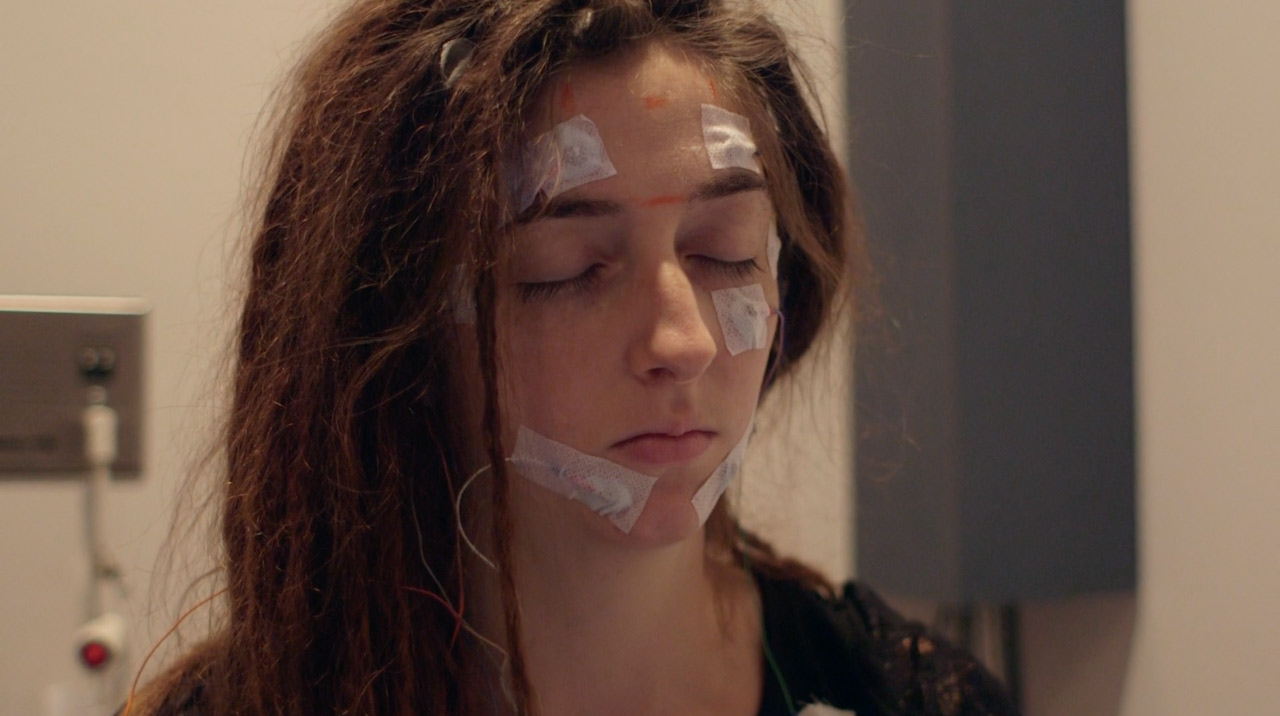 Expert Dreamers, Nguyen Khoi Nguyen and Sarah Crespi (Hours of Sleep: Between 7 and 8)

In Montreal, Elizaveta Solomonova is farming for dreams. It’s almost like an episode from Sailor Moon, only instead of stealing dreams, Solomonova is inviting “expert dreamers” to her laboratory at the University of Montreal to harvest them for her. Produced by Nguyen Khoi Nguyen and Sarah Crespi for Science/AAAS, Expert Dreamers is a quest that sends voyagers out into Dreamland, from which they are expected to report back what they see, hear, feel, and smell.

“As you can see from the video, having disruptive dreams can be harmful for your waking life,” says Crespi. Through an interdisciplinary approach to her research, one that incorporates philosophy, multimedia, and neuroscience, Solomonova hopes to reveal more about what Crespi describes as “this black-box period we experience every day.” 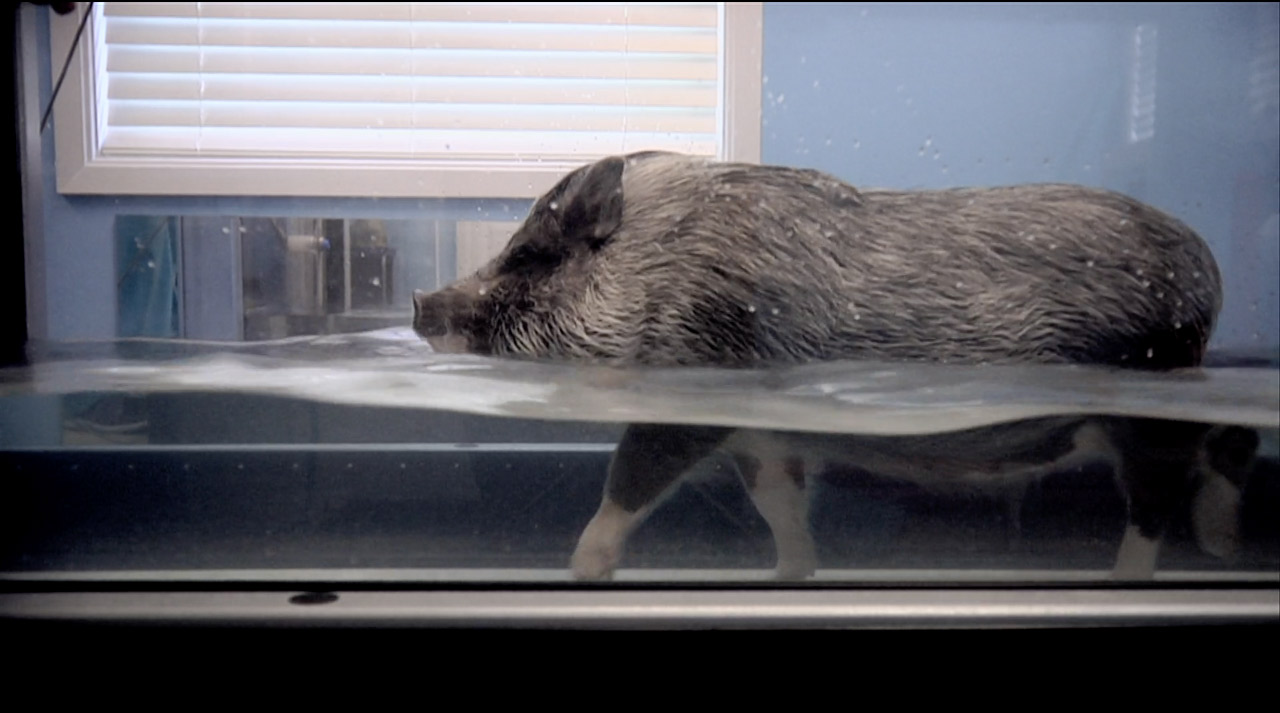 One such revelation from the so-called black box period? Your pig may be more promiscuous than you think. Brian M. Cassidy and Melanie Shatzky's Animals Under Anesthesia: Speculations on the Dreamlife of Beasts is a disquieting and maniacally appetizing exploration of the subconscious thoughts of our furry friends.

A death-obsessed bunny hops in circles around grave markers, a swine with a penchant for erotica is thinking about you topless, an empathetic dog replays scenes of a hellish fish butching, and a cat can’t seem to shake the possessed stares of a necromantic couple. All in all? Animals are just as disturbed as we are. Or perhaps more revealingly, we are just as disturbed as animals. 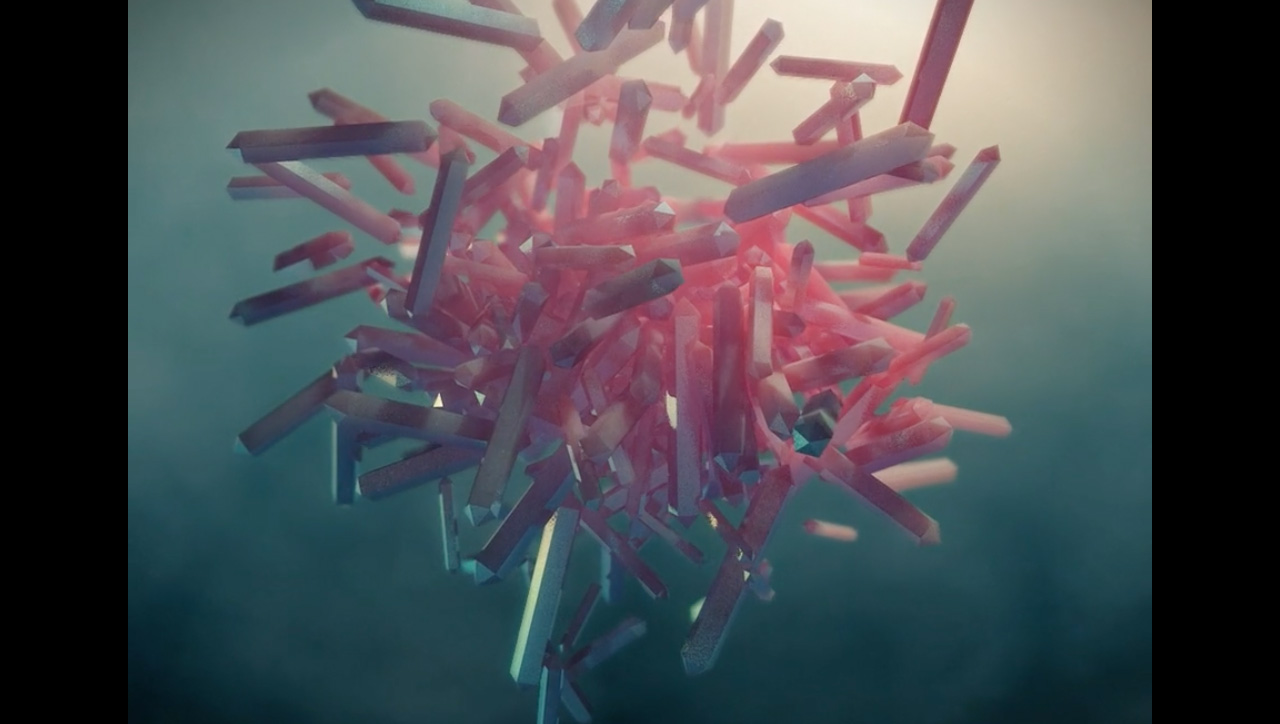 Inscapes, Tamara Vanderwal (Hours of Sleep: Roughly 8, ideally between 10 and 12)

Inscapes is best enjoyed as a bookend to the series or right before intermission, as the animations are choreographed to induce a “resting state” in the viewer’s mind.

Directed by Tamara Vanderwal and engineered by visual artists, Tobias Hoffman and Jodi S. van der Woude, Inscapes is designed to be an “exercise in guided dreaming…[creating a] naturalistic viewing paradigm that would enable children to stay still more easily while also not driving all of the cognitive processes evoked by conventional movies.” The result is a mesmerizing seven-minute exploration of beautiful crystalline structures moving and dancing, breathing, dissolving, and swirling like eddies in cool turquoise water. 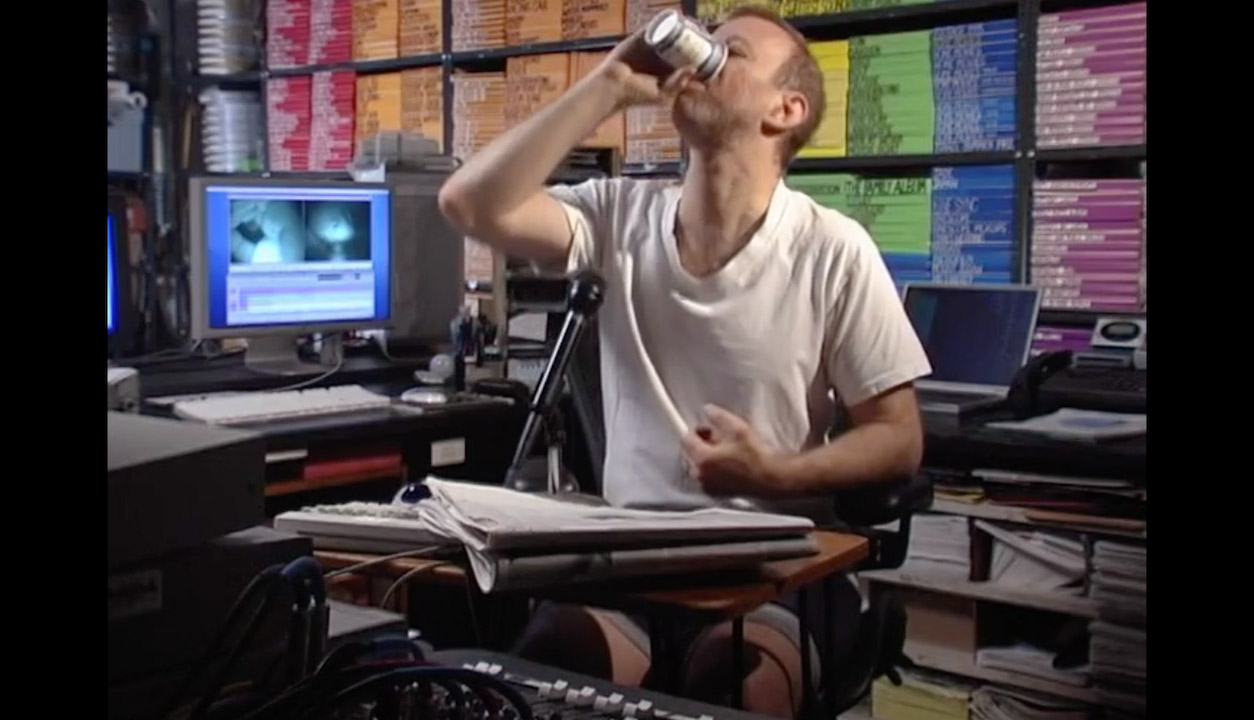 Alan Berliner’s personal documentary Wide Awake condenses afternoons of sleep specialist consultations, evenings defending himself at the dinner table, and countless mornings blinking away the slog of a rough night’s sleep into just over an hour of film. Accompanied by a killer soundtrack, Wide Awake is an almost ruinous attempt to fix perhaps the only thing wrong in this successful man’s life: his deficient sleep schedule.

While you may wonder at the beginning, the end of this film will confirm your suspicions: maybe Berliner secretly likes his insomnia. It certainly complements his neuroses and anyway, it’s only in the dead of night, when the world winds down, that Berliner can start storing away the events of the day...

Despertar by director Marta Medina Del Valle works in tandem with Wide Awake. In eleven minutes, Ametsa (Cecilia Requena) who suffers from Fatal Familial Insomnia (FFI, a neurodegenerative disorder that prevents one from sleeping), reminds of the torment that comes with not being able to fall asleep, a real and deep-seated agony that offsets the lighter tone of Berliner’s film.

We see how the skin under Ametsa’s eyes is bruised, how her reflexes slow. The night sweats and the exhaustion that keeps her from using the hours after dark in any other way. The never-ending progression of minutes, a second hand demanding her to be vigilant at all hours. The colors are humid and suffocating, not changing all too much despite the natural shift from night to day, then day to night. A book without chapters, Del Valle seems to say, is just code. 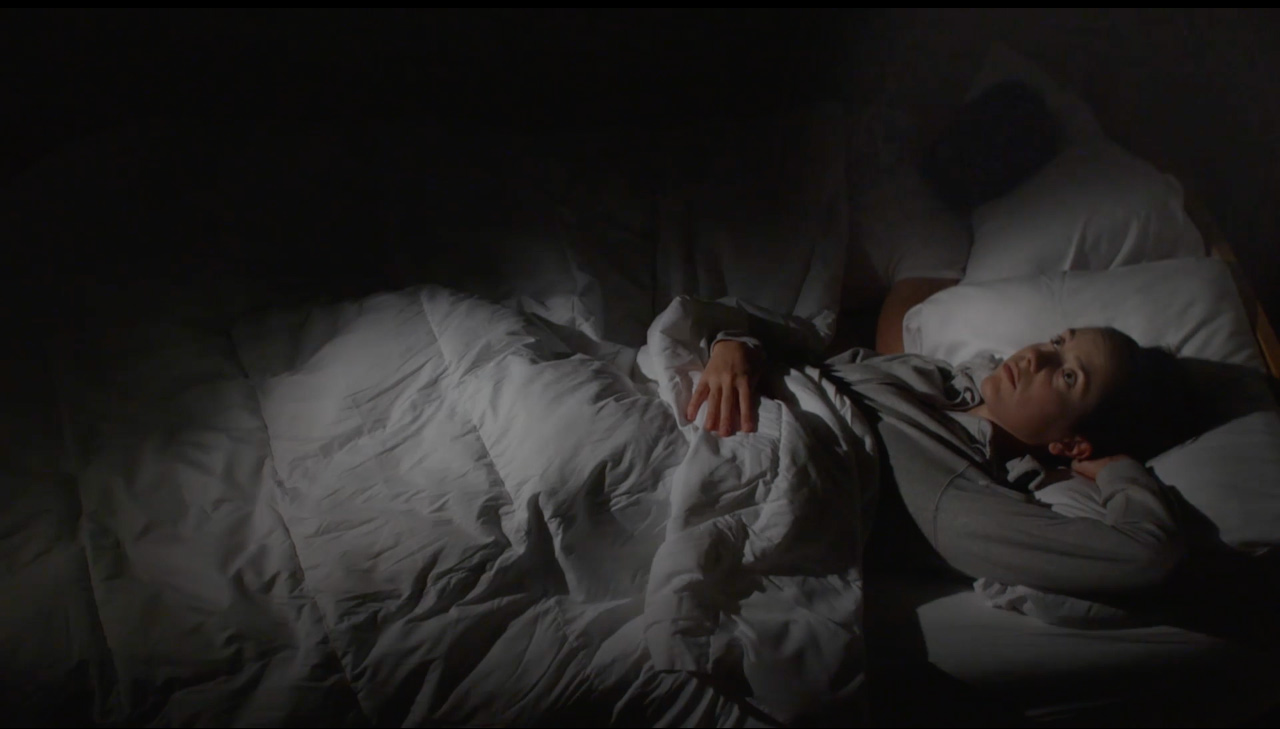 Sleepless, Emily Fraser (Hours of Sleep: Anywhere between 0 and 12)

Finally, Sleepless by Emily Fraser takes a familiar journey, using film to document her battle with insomnia and, as she later reveals, sleep apnea. “While my own experience got me interested in making a film about sleep disorders, it wasn’t originally my intention to make a personal film,” Fraser explains. “But as I started researching potential storylines, the reality of HIPPA regulations set in, and I realized it would be a lot easier to turn the camera on myself rather than jump through the bureaucratic hoops of gaining access to film other patients.”

As the camera follows Fraser in and around Stanford’s campus, she gradually comes to accept her condition, which, as it turns out, “is one of the keys to overcoming insomnia."