Mars, 2045. An unnamed filmmaker thinks back to the people he filmed in the mountains, caves and small villages of Vietnam: members of the Cor and Rục peoples. He is working on a film in which he combines their memories – for example, of the Vietnam war and being driven from their homes by the Americans – with his own.

One of his subjects is Hồ Văn Lang, a man who lived in the forest for 40 years after his home was bombed. He remembers Cao Thị Hậu, whose cave used to be her childhood home, and his father cooking fried crickets for him when he was a child. But what about his own intentions? Did he have the right to put these people in front of his camera, to enter their world and take their stories?

Utilising historical footage filmed by American soldiers, and his own powerfully associative images and narratives, Truong Minh Quý constructs a moving and provocative meditation on representations of home. 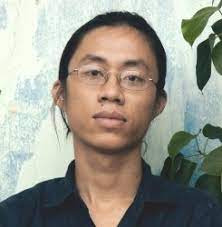