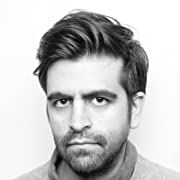 Born in 1978 in Mexico City. 2002 Bachelor's degree in Communication Sciences. During the two-year master's degree at the American Film Institute in Directing, he received the "Filmanthropy Fundation" award and the 'Daniel Petrie' scholarship. With his first feature film MACHO (2010), he won 'Best Micro-Budget Film' at the Raindance Film Festival in London. His short film MAN IN A ROOM premiered in competition at the 67th Venice Film Festival and was part of the official selection of the Clermont-Ferrand Film Festival.

Palacio's second feature film, BETWEEN US (2016) premiered at the Tribeca Film Festival and was the opening film of the Torino Film Festival.

His film VIDA COMIENZA, VIDA TERMINA (2021), which he shot in Argentina and Switzerland, premiered as official selection at FID Marseille, and was part of the official selection at VIENNALE and MOMA's Doc Fortnight. In 2022 he began production on his feature film ALMA, set in the mountains of south Switzerland. He lives in Zurich, where he runs the production company NORA FILMS.