Lazaro and The Shark: Cuba Under the Surface 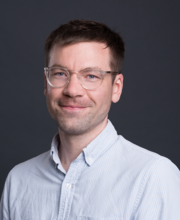 Benjamin Wilson’s research focuses on the history of modern physics and the intellectual history of the nuclear age, examining how national security priorities and regimes of secrecy shaped knowledge in the Cold War era. He has written previously about the development of the field of nonlinear optics—the study of the interaction between matter and high-intensity light—by defense consultants who strove, in the 1960s, to design laser weapons for ballistic missile defense. Another project explored a precision test of general relativity carried out with a US Air Force-funded ballistic missile-tracking radar. He is working on his first book, Strange Stability, an intellectual and political history of the idea of stability in American nuclear strategy. Stability was a guiding principle of Cold War strategic thought—the foundation of mutual assured destruction and superpower strategic arms control. The book shows how the concept was not (as long assumed) a natural or inevitable idea in nuclear analysis, but was imported from technical modeling practices in economics and cybernetics, and nurtured by a community of consultant-experts straddling worlds of secrecy and openness. Wilson earned his PhD in 2014 from MIT's Program in History, Anthropology, and Science, Technology, and Society. He received master’s degrees in physics from Yale University and the University of Toronto, and a bachelor’s degree in engineering physics from the University of Saskatchewan. From 2015-17 he was a Postdoctoral Fellow at the Max Planck Institute for the History of Science in Berlin. In 2014-15 he was a Stanton Nuclear Security Postdoctoral Fellow, and in 2013-14 he held a MacArthur Nuclear Security Predoctoral Fellowship, both at Stanford University’s Center for International Security and Cooperation.