The Mount of Ants 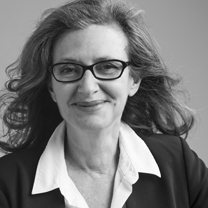 Wendy has been producing documentaries and narrative films for over 20 years. In 2005, with Julie Parker Benello and Judith Helfand, she co-founded Chicken & Egg Pictures in order to fund and mentor women documentary directors whose artful and innovative storytelling catalyzes social change. Over the past ten years, Chicken & Egg Pictures has awarded over $4 million in grants and 5,200 hours of creative mentorship to more than 200 films and filmmakers. These filmmakers and films have garnered a multitude of awards, including Academy and Emmy Awards – but as importantly have created change at home and globally for the issues they address. Most recently C&E supported films Trapped, Sonita, When Two Worlds Collide and Cameraperson all premiered at Sundance this year. In 2013 she co-founded Gamechanger Films, the first equity fund established to finance, and invest in woman narrative directors. Their first film, Land Ho premiered at the 2014 Sundance Film Festival to critical acclaim and was released by Sony Pictures Classics, The Invitation premiered at SXSW and Lovesong premiered at the Sundance Film festival 2016. Wendy began her film career producing the Academy Award-nominated documentary The War Room. Also an activist and philanthropist, she believes deeply in the power of storytelling to create change through media, education, and the art. She serves on the board of the Educational Foundation of America, the 52nd Street Project and Imagine Science films.