We are roaming around a futuristic, geometric construction whose structure emerges in a milky white. But a matter eroded by time is what now appears, lit up by torchlight, like the remains of a lost civilisation that these men dressed in yellow suits are collecting, beneath the gaze of a child concealed behind the vegetation. It is down to the “citrus tristeza virus”— a disease leading to the decline of trees — which struck the families living in this region of Cuba, who survive, now, in the virtual ruins of a former agronomy school inhabited by “New Men” familiar with the latest orange-growing techniques.

A filmmaker is banned from filming at an old school turned into dwellings. Over the years, he decides to remake The Project. Exploring into his memory, he puts together a movie about
denial, the image impossibility and the breakup of a social, artistic and personal project. 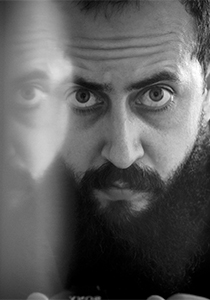