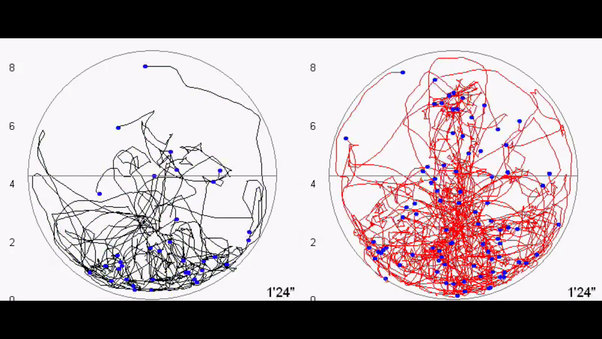 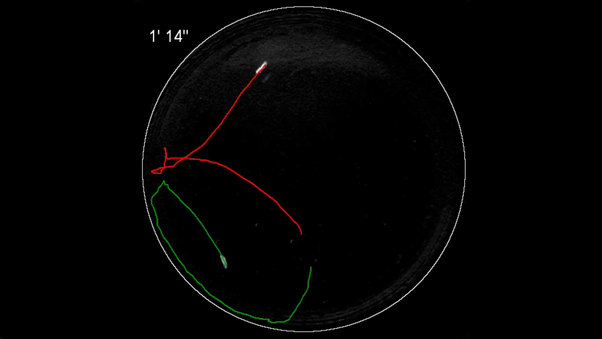 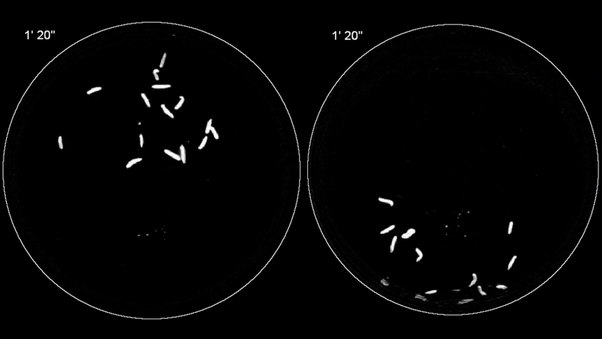 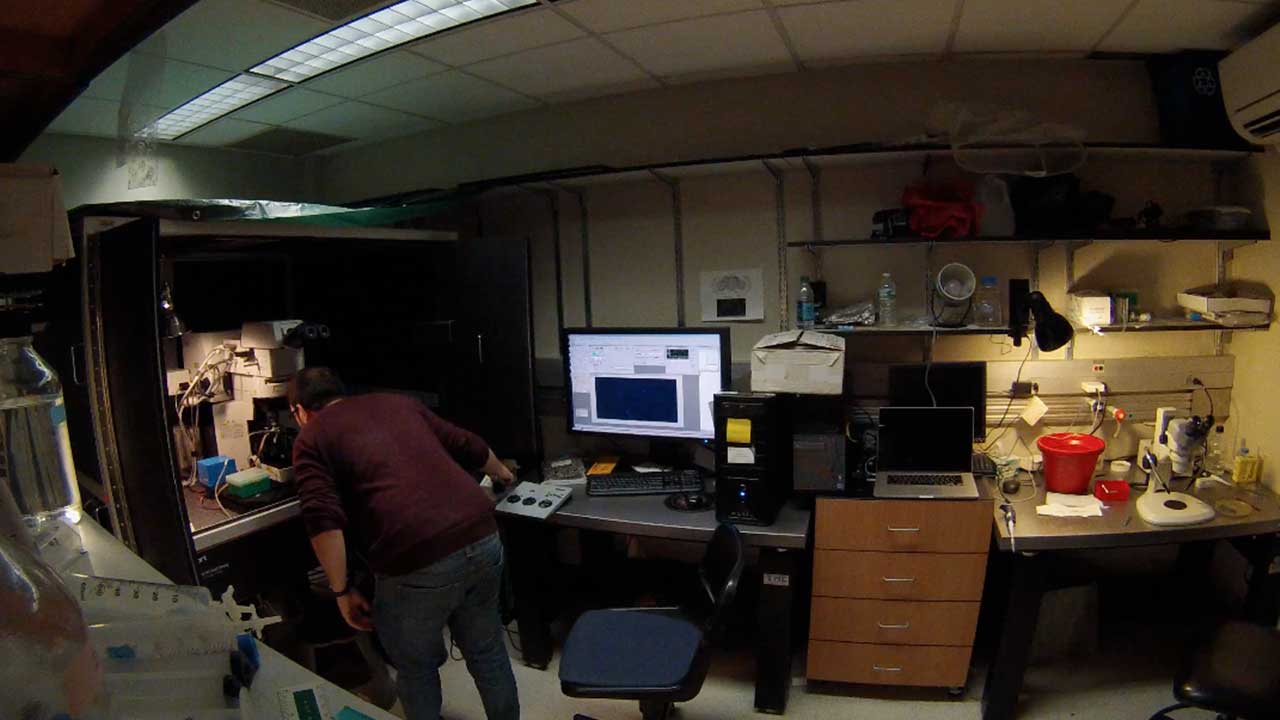 Double stimulus competition assay between odor attraction behavior and light avoidance behavior. Drosophila larvae are exposed simultaneously to an odor source (attractive) and a light gradient (repulsive) and have to decide whether to avoid light or crawl towards the odor source. 2 larvae per plate are filmed at 1 frame/second for 5min and their individual tracks are obtained using custom written image analysis software. The red larva displays predominantly odor attraction behavior whereas the larva in green displays predominantly light avoidance behavior.

Time lapse spanning ~10min, played at ~46x speed, showing preparation of Drosophila brain explants for two-photon calcium imaging by Matthieu Cavey, postdoctoral researcher in the Blau lab at NYU. The two-photon system is on the left of the room in a cage (to minimize background light detection), the dissection microscope on the right.

Justin Blau joined NYU in 2000. In his research, he studies how behavior is hard-wired into the nervous system, focusing on the internal biological clock that drives 24hr (“circadian”) rhythms such as sleep-wake cycles. He uses the Drosophila fruitfly model system to understand how the gene and neuronal networks underlying these clocks make them so robust. He was also a recent winner of the NYU Golden Dozen teaching award.