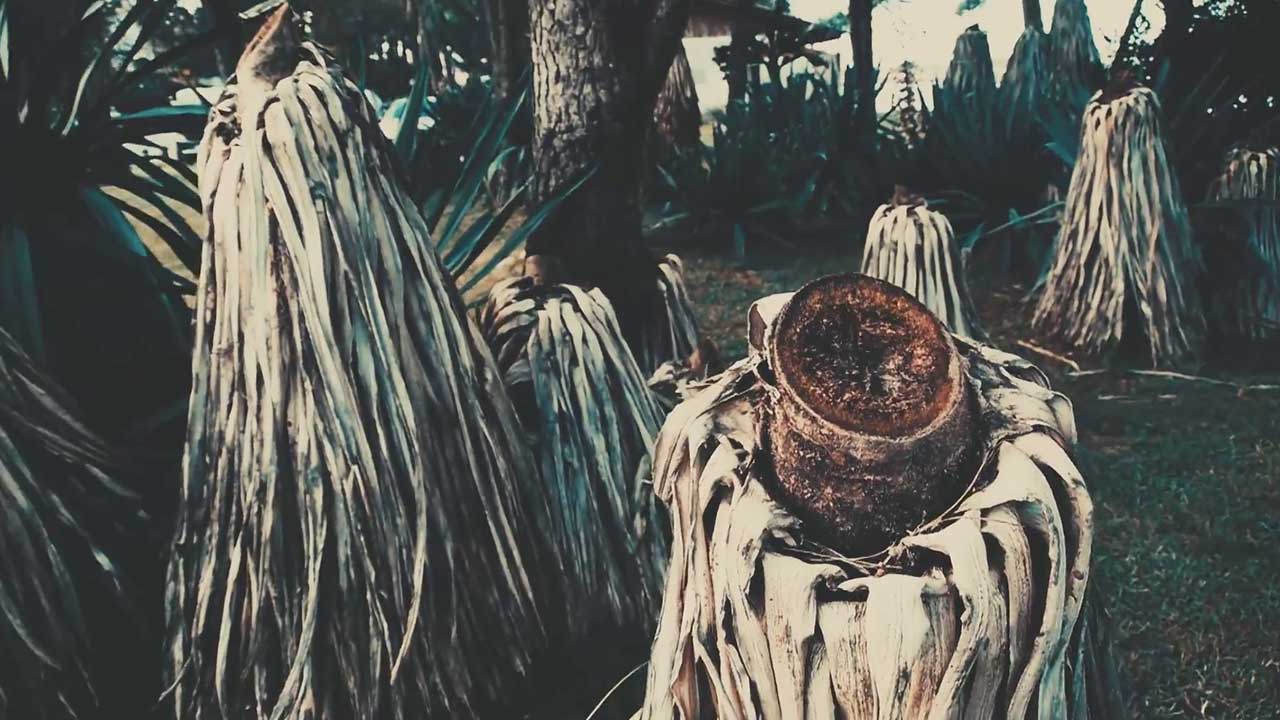 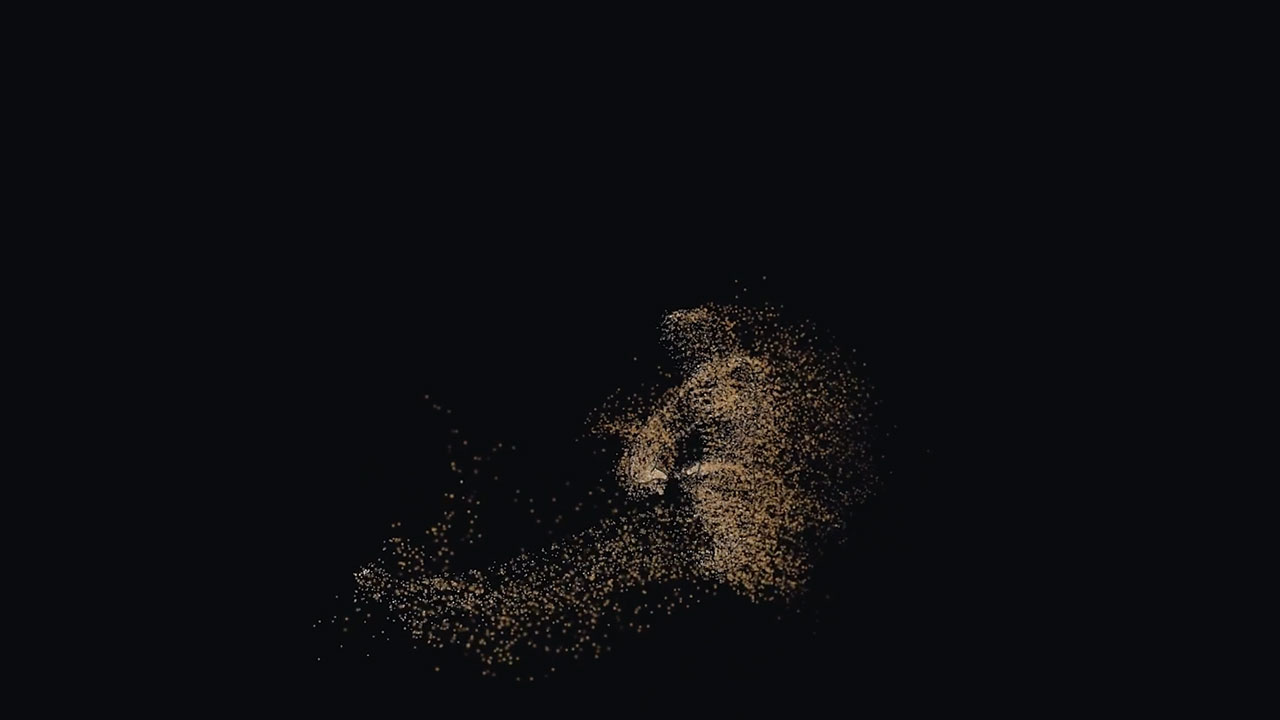 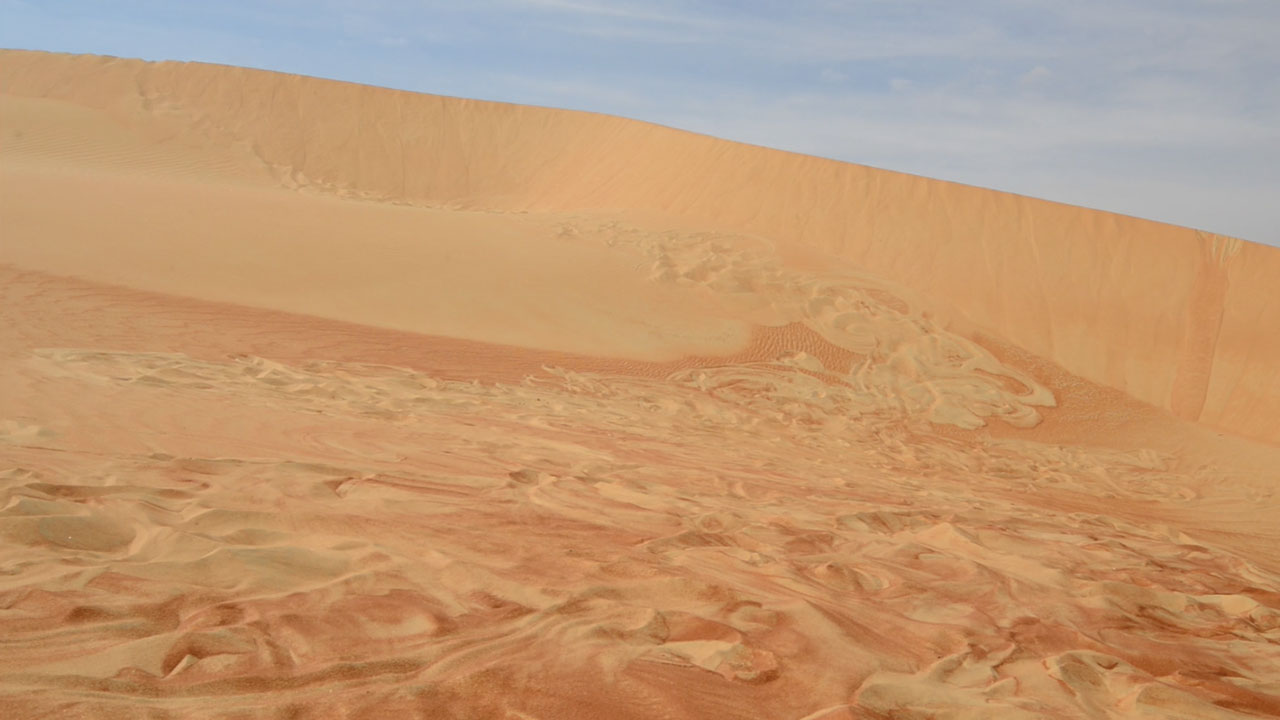 Statement about the featured works

Music is movement. From the time-varying spectral changes that occur on every sound in a piece of music to the different changes in articulation and texture that make up musical discourse, music is, above all, movement of sound occurring simultaneously at different time scales, from a microtemporal scale that can last just a few milliseconds to a macrotemporal scale that can sometimes last hours. Certain types of human movement are musical. This is what establishes the magical connection between music and dance and dance is sometimes viewed as a form of musicking. Exploring the relationship between music and movement, especially human movement, has been one the major concerns of my artistic work. An audiovisual dance emerging from hybrid representations of human movement is the connection between the three pieces. The music for Jinn and Sandghost dance were created for different renderings of dance movement. In Jinn, the body of dancer/choreographer Nella Turkki dancing on a dune in the Empty Quarter (Abu Dhabi) was removed from the image so that what is left is just the impression of movement and its trace. In Sandghost dance, the video displays a particle system rendered from motion capture data from the same dancer on that location. Although no human body is actually visible one is able to recognize the humanness in the movement. The music that was created for these representations of movement establishes a ghostly yet strongly felt connection between the visuals and the music. Insomnia is part of full-length dance piece called The dark room, a choreography of Isabel Barros for the Balleteatro (Porto, Portugal). The recent video by Laetitia Morais was done per my request for this piece from 2001. The dance-like quality of the video resonates beautifully with the music and could be viewed as an interpretation of human movement that is rendered through music. The project “Sounds of Sir Bani Yas Island” aims at systematically recording the soundscape of different geographic locations in the island and create a browseable database/archive of geo-located sounds. This project draws inspiration from other web-based soundscape projects like Locus Sonus or Favourite Sounds. In the current iteration of the website one can hear the sounds collected in 2014 and in 2015. Users can click on the marks on the map to listen to the sound of that location. This content is also presented in the form of an interactive installation. The installation version of the project enables soundscape browsing by touching on the locations in a large-dimension, hi-resolution picture of the island. In this version, the locations are not marked. This invites the users to find the sounds by touching on the map, bringing a haptic dimension in the exploration of the site’s soundscape. The sound is rendered in multichannel and complemented by large–dimension projections of pictures from the site, providing an enhanced immersive and sensorial experience. Last fall, he recorded "Sweet Drama" for big band, and "The Strings, the Springs among other Things", for big band and string quartet with Orquestra de Jazz de Matosinhos (Portugal). In January he recorded an album of improvised music with Susana Santos Silva (trumpet), Jorge Queijo (drums, percussion), Akashay Anantapadmanabhan (percussion) and João Menezes (live electronics). Both projects are due to release in 2017. Carlos Guedes is currently Associate Arts Professor of Music at NYU Abu Dhabi. More at his website.

Kirk Woolford spent nearly 20 years working in web development and video games, including setting up and directing production companies in New York, London, and Amsterdam, before returning to full-time academia. He has held research and teaching positions in Media Arts, Design, Fine Art, and Choreography programs in the UK, Netherlands, Germany and the US, and  is currently Reader (Professor) of Digital Media Arts at the University of Surrey where he researches applications of human movement and technology both commercially, and through funding from the UK Arts and Humanities and Engineering and Physical Sciences Research Councils. Kirk's research is practice-led and he continues to actively exhibit his work in international venues including Shanghai eArts, Casa da Musica, ARCO Madrid, Art Cologne, P.S.1. (MoMA), Venice Biennale, Ars Electronica, ISEA, and SIGGRAPH. He has collaborated with Carlos Guedes, Diller+Scofidio, Charleroi Danses, igloo, Mesh Performance Partnerships, Imogen Heap, and others. Kirk publishes widely on Interactive Media and Performance, Digital Culture, and Virtual Heritage.

Serge Abramovici, aka Saguenail (Paris, 1955), lives and works in Porto, Portugal, since 1975. University studies at Provence University (Ph.D. on «cinematographic show as a pedagogical tool»). Film critic (magazine «A Grande Ilusão»). Teachers’ trainer and cinema workshops organizer (association «Os Filhos de Lumière»). Film programmer («O sabor do cinema», at Serralves Contemporary Art Museum Museum, Porto, and «Nove e meia», integrated in «Culture in expansion» program by Porto town hall). Has taught: audiovisuals at Minho University (Braga), French language and literature at FLUP (University of Porto), cinema at ESMAE (Polytechnic Institute of Porto) and at ESAP. Has directed short and feature films as well as documentaries (won grand prize with «Ma’s sin» at Figueira da Foz International Festival in 1996, with «Before tomorrow» at Ovar video Festival in 2001, with «Inside» at Lisbon Doc Festival in 2002). Has written over forty books (essays, short stories and poetry).

Laetitia Morais is a visual artist, graduated in painting at FBAUP and is a researcher in Art at ZHDK and Kunstuniversität Linz. Imminent, premonitory situations and inaccurate states of observation are always present in her work, which acquires different formats, from video to drawing and installation. Her work has been shown in galleries and events such as Gallery Faticart, Rome; General Public, Berlin; Rewire, The Hague; Peacock Art Center, Aberdeen; Elbphilharmonie, Hamburg; Störung, Barcelona; Madeira Dig, Calheta; Sonic Scope, Lisbon; Cynetart, Dresden; EME, Palmela; Mózg, Bydgoszcz; Gallery Fábrica Characteristics, Lisbon; Mota Museum, Ljubljana and EIF, New York. The recent video Villa Soledade was awarded as the best music video at the International Short Film Festival Vila do Conde. More about Laetitia at her website

Nella Turkki is a Finnish dance and puppetry artist and theater director. She has directed several theatre plays as well as socially engaged art projects in Finland together with the Helsinki Cultural Centre and The Art Promotion Cenrte Finland. As a dancer and actress she has been working in various projects in Finland and Germany. She took her B.A as a drama instructor focusing her studies in theatre and puppet theatre in Turku Arts Academy in Finland. She has also studied contemporary dance in the University of Dance in Lisbon, Portugal and in The University of Music and Dance in Cologne, Germany. She is a founder member of the Strings Theatre Company, Paris.

Cristina Ioan is a Romanian flutist and a doctoral student at the University of Aveiro in Portugal. She began her musical training at age 6 at the Ploiesti Vocational School where she completed in 1999. She graduated in Flute in 2004 at the Bucharest National Music University with renowned flutist and teacher Virgil Francu. She won several awards and scholarships including a grant for doctoral studies from the Foundation for Science and Technology in Portugal. In her activity as an instrumentalist she took part in several concerts as a soloist and as a member of orchestras and chamber groups in Romania, France and Portugal in places such as Casa da Música, ESMAE-IPP, Foz Palace with some of its recitals been transmitted by public radio stations. Cristina Ioan is currently adjunct instructor in flute at NYUAD.