Visualizing the Real-World Effects of Climate Change on Glacier Streams 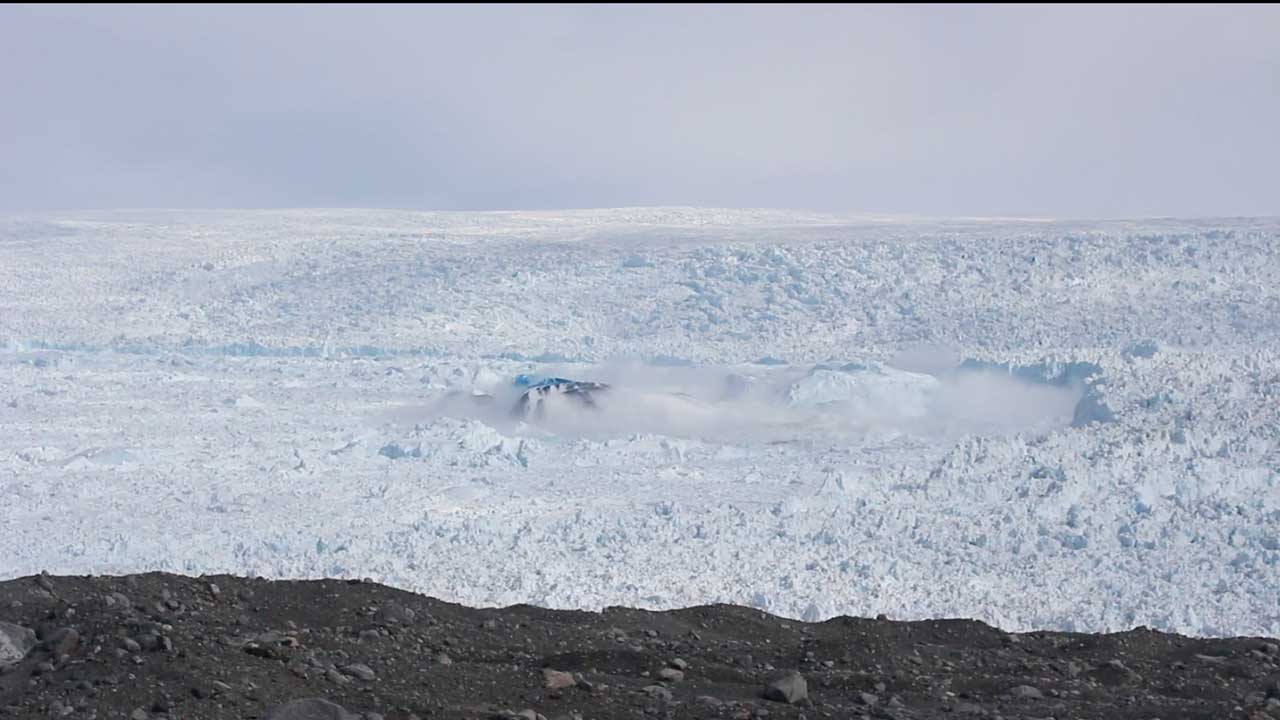 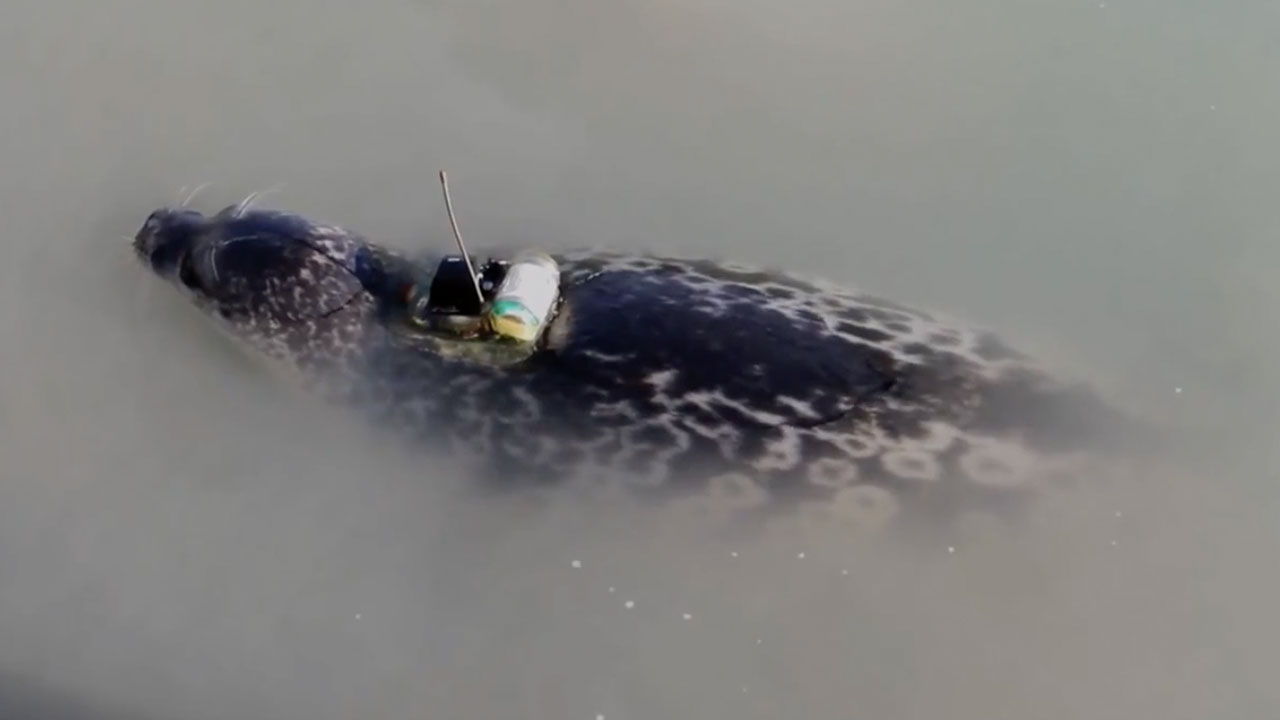 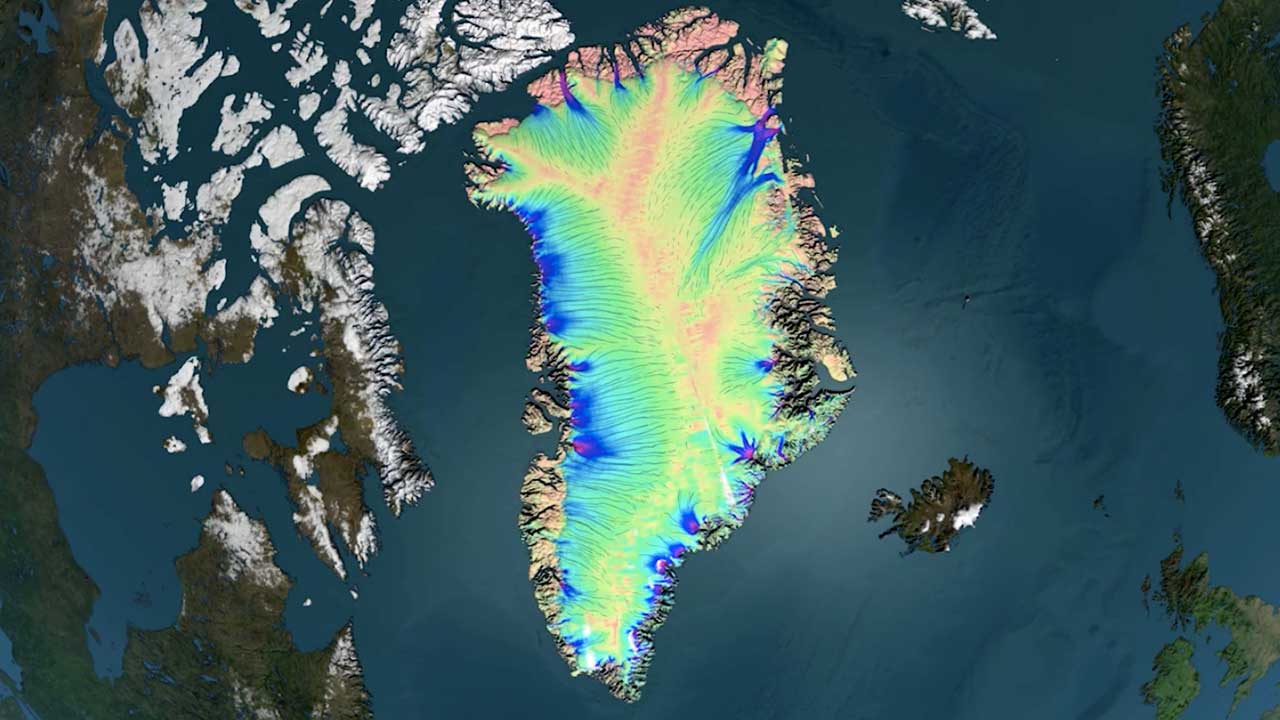 David Holland is a physical climate scientist who studies phenomena relating to the polar regions and their impacts on global climate.

His current research focuses on the computer modeling of the interaction of the Earth’s ice sheets with ocean waters, and the acquisition and implementation of observational data for model improvement. He has published more than 100 peer-reviewed articles on polar environmental science. He is a Professor of Mathematics and Atmosphere-Ocean Science in the Courant Institute of Mathematical Sciences of New York University, and Director of the Center for Sea Level Change (CSLC) of the Abu Dhabi Research Institute. David Holland with an ocean glider, which swims through the ocean water column and provides conductivity, temperature and depth data. (All Photos by Denise Holland)

Tell us about your research?

My research focuses on global sea level change. If the main ice sheets of Greenland and Antarctica even partially disintegrate, the consequences for society are immense – they hold about 70 meters of potential sea level rise. Even a relatively modest amount of disintegration would put places like coastal Florida, New York City or Abu Dhabi partially underwater. In our geophysical fluids lab at New York University, we study the basic principles of how the Earth’s fluids behave. Out in the field, in Greenland and Antarctica, we gather data that we use to build ever more accurate computer models.  We do this in a variety of ways, for example gluing small CTD devices (they measure water conductivity, i.e. saltiness, temperature, and depth) on the back neck of ringed seals.

These seals live in the areas we want to study, and they send back lots of great data to our receiving station as they dive and surface.  As you can imagine, we work in very dangerous areas, where icebergs and calving of glaciers can be quite hazardous.  The seals can reach areas that we normally cannot. Why is it important to make videos and animated gifs? What is their purpose beyond scientific data?

We have a system of integrated equipment now in place right next to the calving front in Greenland.  One of these instruments is called a terrestrial radar interferometer, which records minute changes in the movement of the glacier.  So we can see and record where calving happens.

No one at the moment knows “why” calving happens, so we are using all our equipment (others include an automated weather station, seismic, and GPS stations), as well as moorings at the bottom of the sea floor to better understand what conditions are present when the glacier calves and thus sea level increases. By video recording events and noting the time and dates of such events, also helps us to pinpoint the exact conditions under which the event happened.

These records certainly help in highlighting the fact that very little is known about the process of calving, yet it is one of the major contributors to global sea level rise.

from left to right, top to bottom (images from D. Holland et al, Oceanography, in press, 2016)

Supp. Fig. S6. Animation of the elevation changes around the ~1 hour period associated with the primary calving event (~6:37 on August 12, 2014) on the northern trunk of Helheim Glacier. Each frame represents two minutes. Ice cliff elevations before calving are approximately 100 m. Note how the block of ice rotates during calving.

Supp. Fig. S8.  Animated one-year long sequence of glacier front position at Helheim Glacier from an on-land automated weather station during the year preceding our pilot field campaign of August 2014.  The winter calving advance and summer retreat as well as the aperiodic nature of calving is apparent.

Describe to us briefly how you these timelapse recordings were generated?

My wife Denise is our Field and Logistics Manager, so in addition to organizing the field trips before we go, she also serves as camp manager when we get out in the field.  One of her many duties includes filming and documenting what the scientists are doing.  She also frequently sets up her digital camera on a tripod, in case a calving event happens early in the morning.  This particular event happened in the afternoon, just before our helicopter arrived to transport the team back to the village.

We also have some storage facilities set up, and what you see in the sling video is again, Denise’s digital camera focused on the team aiding an A-Star helicopter pilot lift and sling our storage container onto a stage.

Our seal tagging video is done by our biologist colleague from Nuuk, who takes a local hunter with him.  The hunters know the best conditions in which to tag the seals and their knowledge is invaluable.

We often forget that scientists need to be equipped with imaging tools to pursue their research. How does imaging and filmmaking come into play in your everyday life as a researcher?

It certainly is something that I feel very lucky to have Denise as an extra team mate who handles the filming because often times, when we are either at the calving front camped, or in a helicopter deploying probes in small ice openings to record temperature, depth, and salinity, the scientists are completely focused on the task at hand and filming is the last thing on the mind.

Denise records and documents vital pieces of information that otherwise gets forgotten or lost.  Sometimes it can be as simple as recording a serial number on a probe that gets dropped and sends data back.  I need to know which probe recorded what, and if I missed writing it down, in all likelihood, Denise would have snapped a photo or videotaped it.