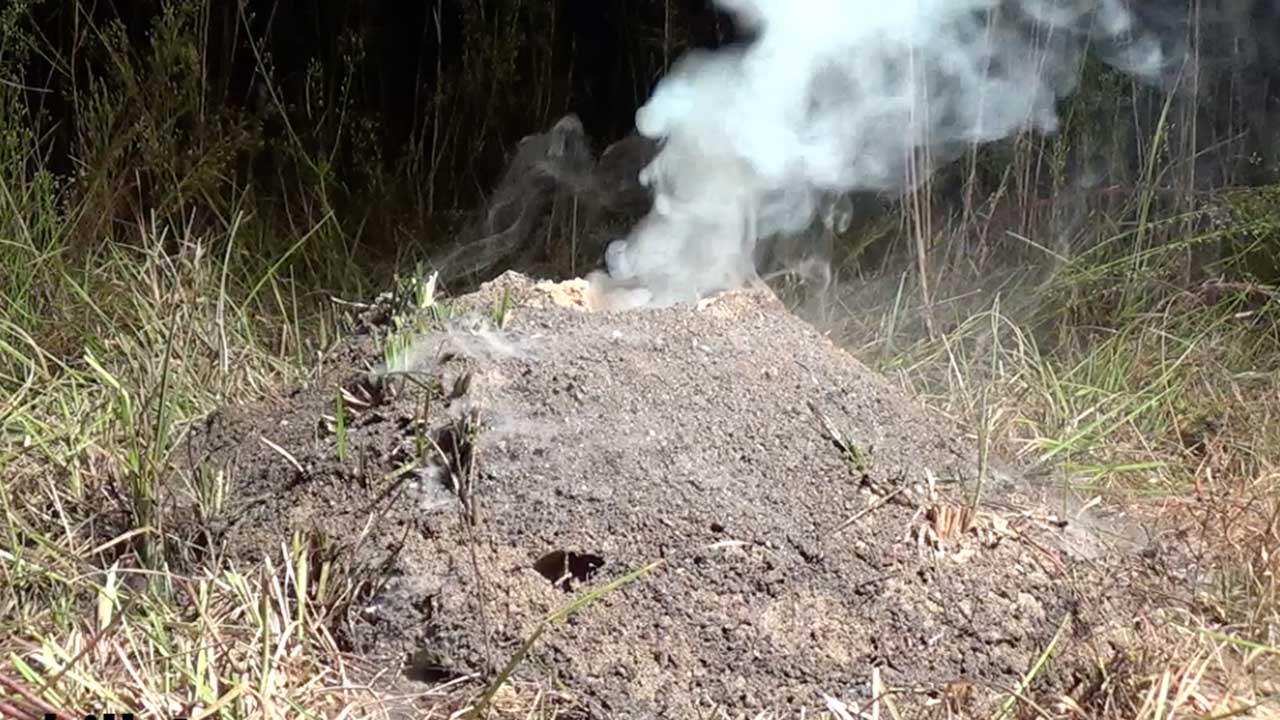 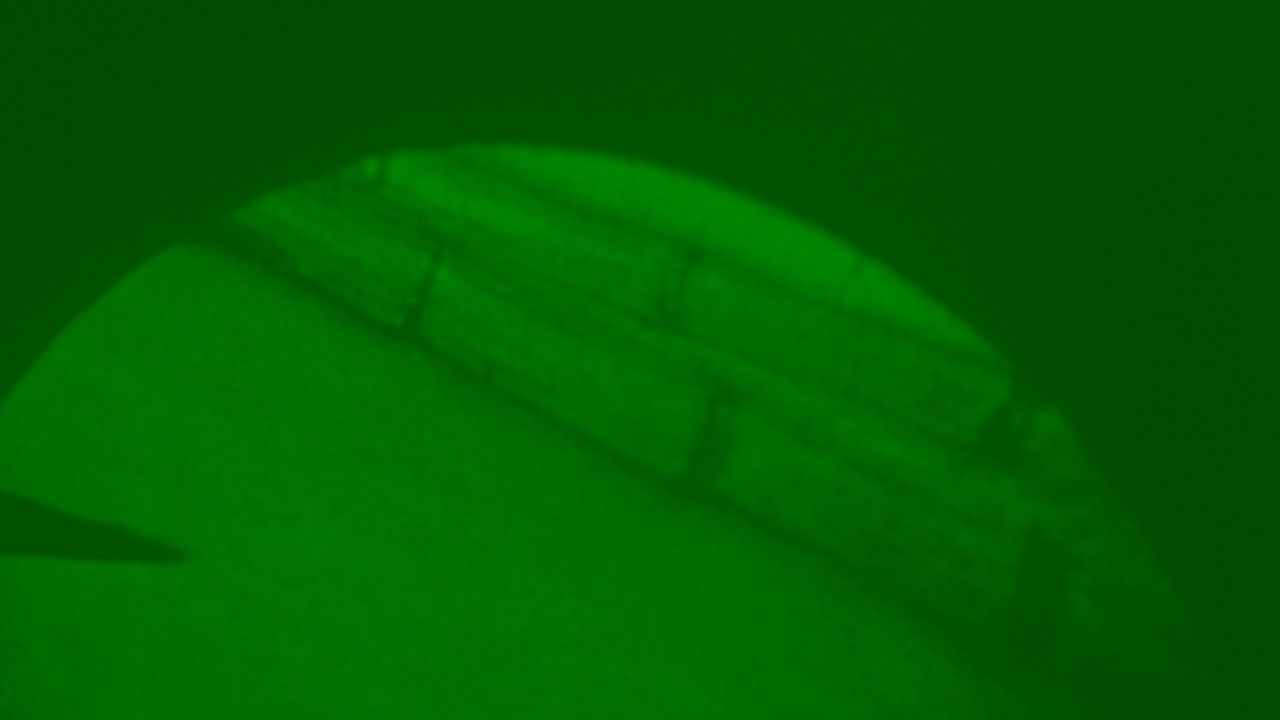 Inside the Shared Life 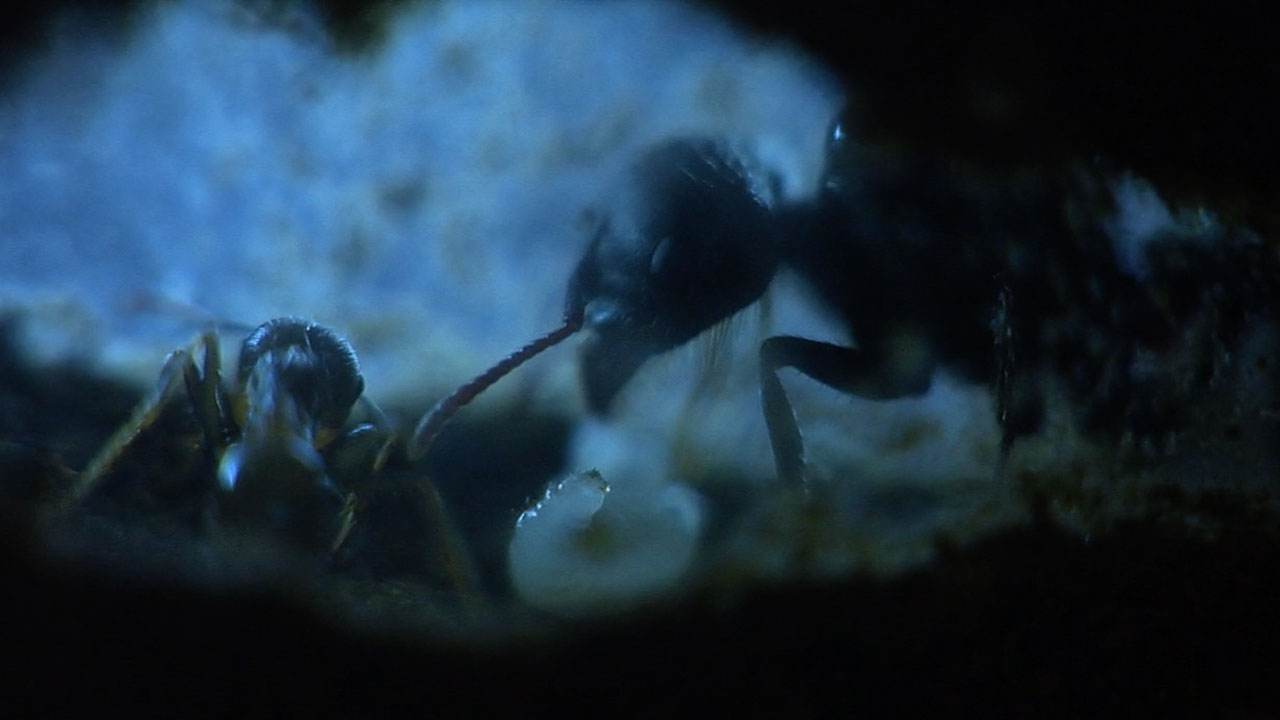 How to Found an Ant Colony 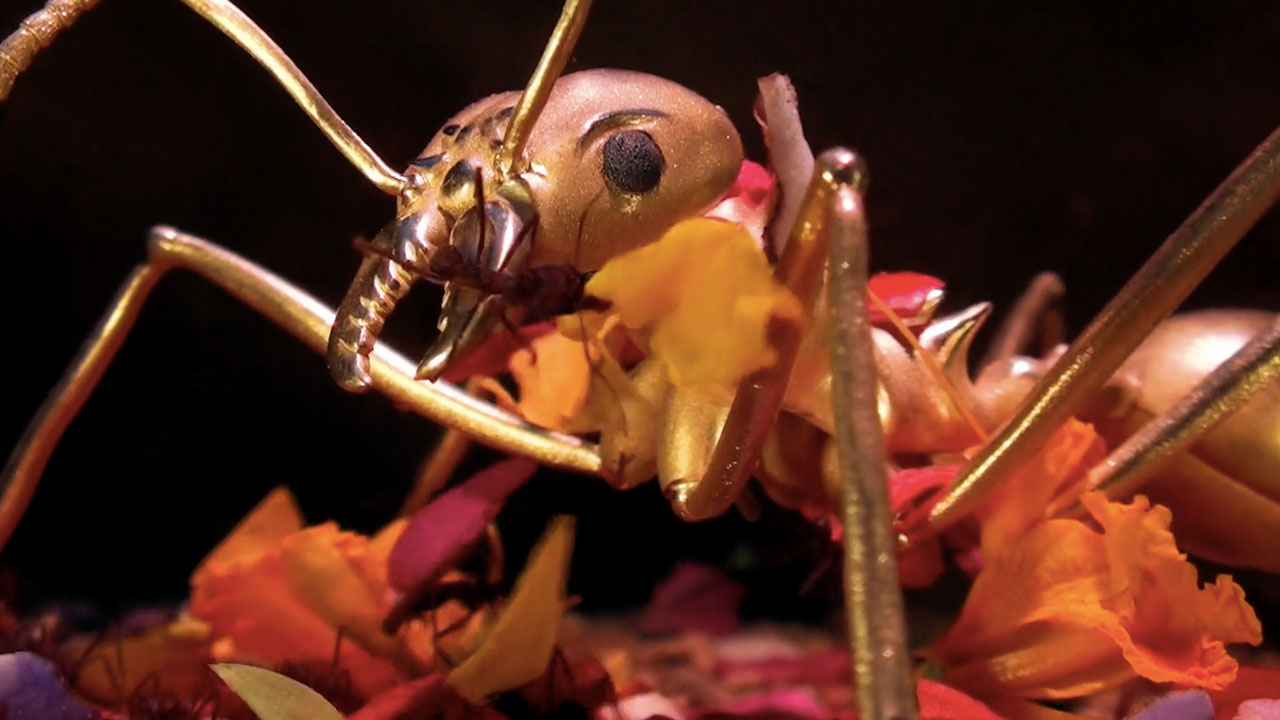 The complexity of life we see today requires, and is the result of, division of labor. Endosymbiosis of unicellular protists gave rise to individual organelles like the membrane bound nuclei, mitochondria, and chloroplasts. On a more macro level, we see a similar shift in complexity in human societies, where technology begins to rapidly develop following the settling of land. A shift from nomadic to farming communities allowed for further divisions and specialization in labor and craft.

But superorganisms are different—they are harmonious, equilibrated, stable societies made up of altruistic organisms of the same species. In a superorgansim, the concept of “individual” is lost and the survival of the colony unit is sacrosanct. Only one or a few reproductively active queens has the capibility to pass on their genes, while sterile workers will ensure that she does indeed succeed.

Here we explore the inner functionings of ant hives—ants being a social insect and a prime example of the “superorganism.” We start with a story of the founding of an ant hive in How to Found an Ant Colony By Danielle Parsons. We then visualize chemical communication within the superorganism, with Ants Circle by Milton Segura, and The Chosen, by Catherine Chalmers. In Largest Aluminum Fire Ant Colony Cast So Far (Cast #072) by Anthill Art, we get a glimpse of a fire ant city just below our feet. Finally, we pull back from the superorganism once more, and explore endosymbiosis in Lynn Margulis’s own words, with Erin Espelie’s Inside the Shared Life.

How to Found an Ant Colony (Danielle Parsons) 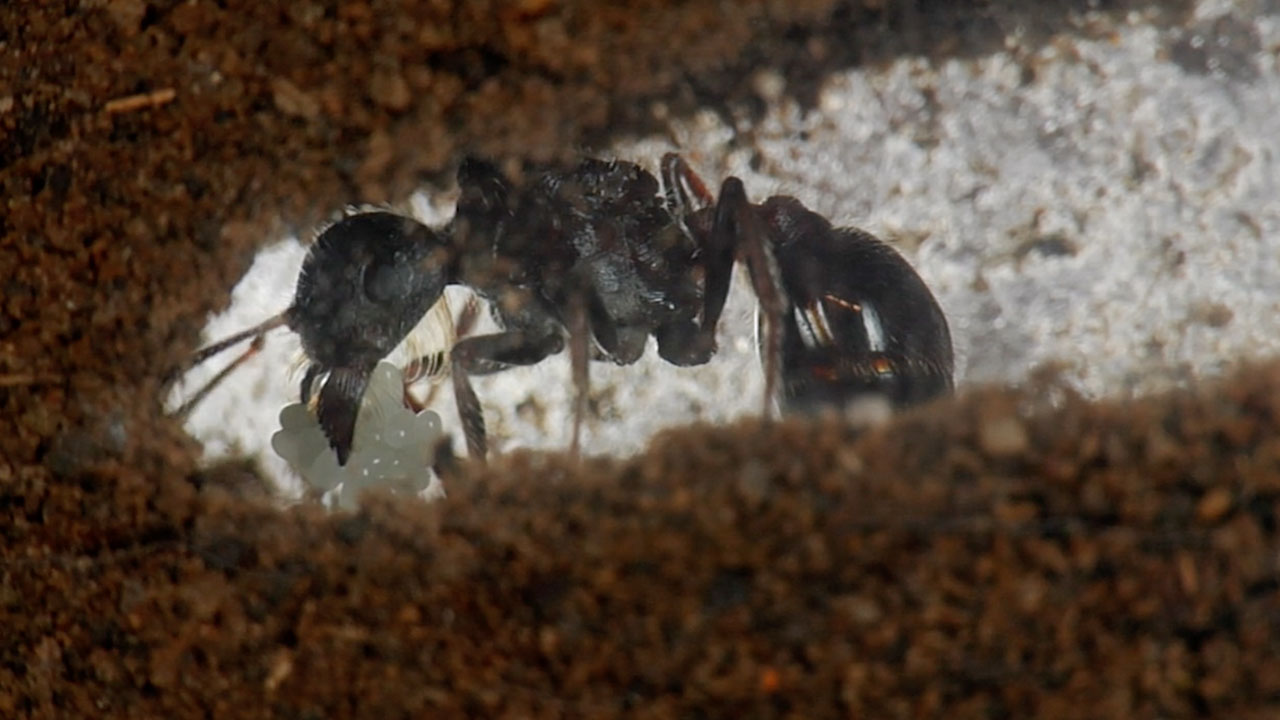 Queen honeybees and ants alike leave their colony for their mating flight.  For ants, this is done right before the queen starts a colony of her own, consisting of working, female ants. To keep the colony running smoothly, ants and honeybees take on varying tasks like forraging, caring for brood, and building. These tasks may be allocated based on the age of the individual, with younger ants and bees working inside the hive where it’s safe, and older individuals serving the last leg of their life out in the more treacherous world, foraging.  Male ants and bees, or drones, are around for the sole purpose of mating, making it truly a society run by females. In fact, drones die following mating, and honeybee drones— otherwise taking up resources and of little use to the wintering hive—are kicked out to freeze to death. 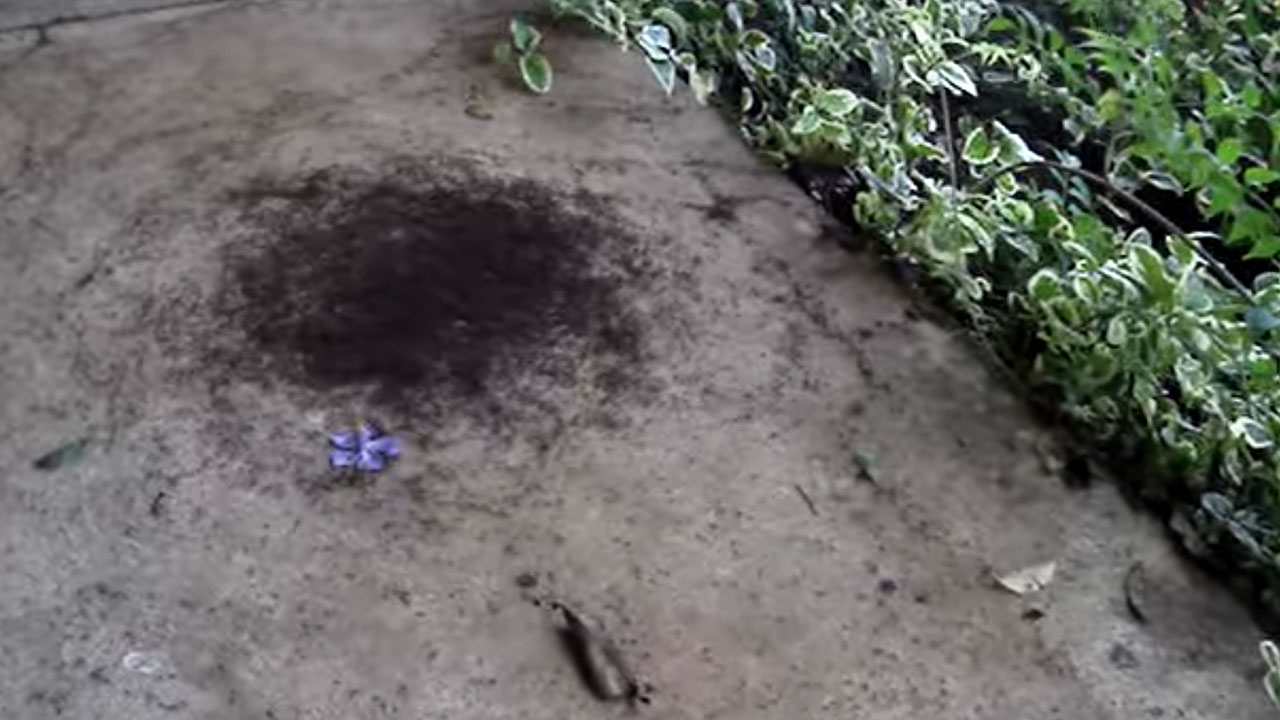 Ants Circle shows what happens when an important form of communication goes haywire.  Ants use trail pheromones to guide eachother to food sources and back home.  In this case, one ant loops back on its own trail, trapping more and more ants in an endless circle.  Rare as this phenomenon is, it visualizes a secret, invisible language working at the heart of a functioning colony. It also reveals how a colony of many individuals can function and operate as one.

The Chosen By Catherine Chalmers 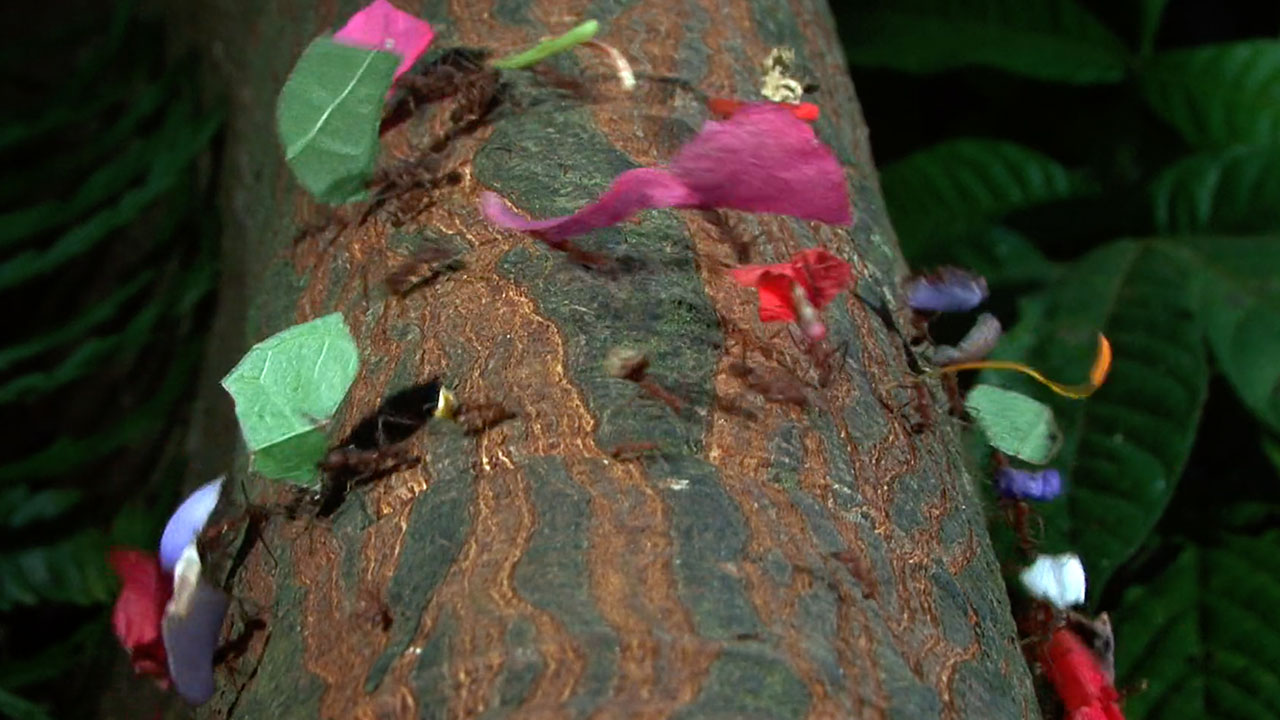 In The Chosen, Catherine Chalmers beautifully captures a parade of forest ants as they traffick leaves vibrant as the crepe papers of a birthday piñata. 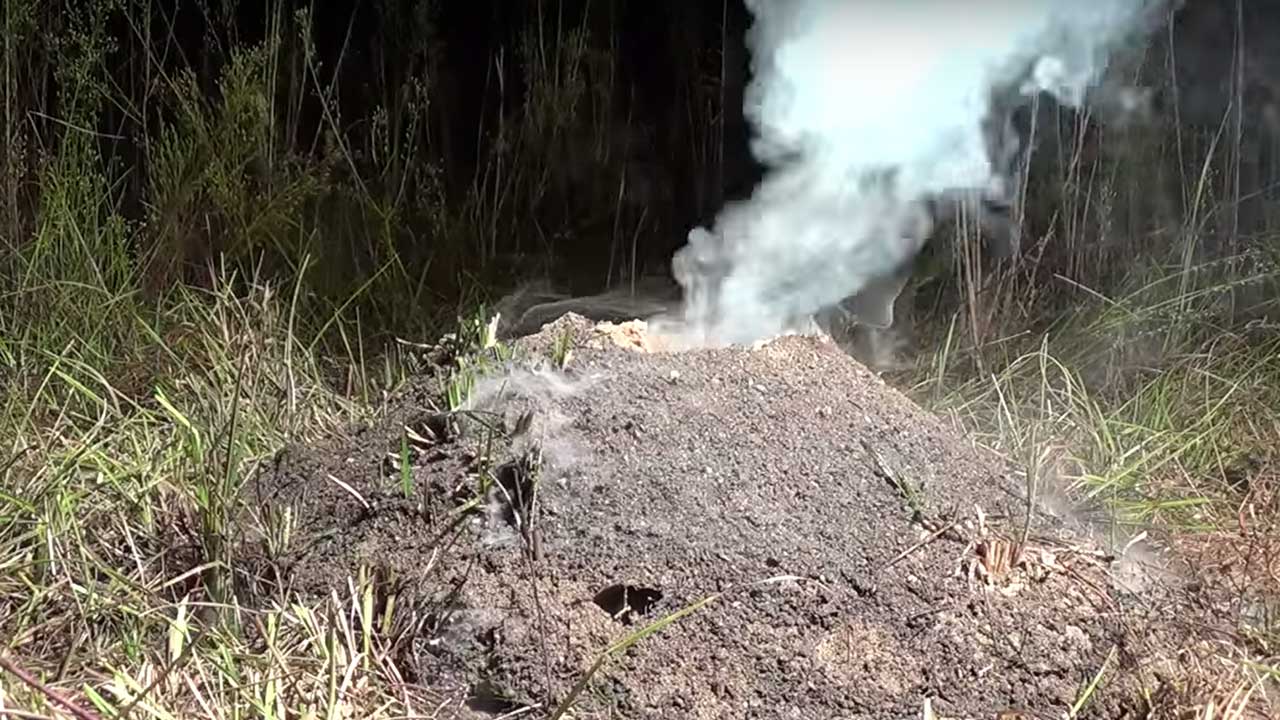 Inside the Shared Life By Erin Espelie

It’s difficult to see social insects without thinking of the division of labor in every individual cell of our body.  Lynn Margulis, developer of symbiotic theory, describes the cell as “a microbial community… it’s the integration of formally once separate entities.” We can see how evolution has brought two organisms into one, in instances like chloroplasts and mitochondria.  Organelles make up cells, make up organs, make up organ systems. Endosymbiosis. A transition from single to multicelluarity.  Margulis quotes from Ivan Wallin’s “Symbionticism and the Origin of Species” (1927): “Mitochondria…chloroplasts… [and] cilia were of symbiotic origin. You’ll never understand Developmental biology unless you look at it as community ecology.”

Here, Margulis also describes her own struggle to be taken seriously as a scientist in her time—as both a woman in science and as someone to push the boundaries of the current understanding.  She was fueled, as every scientist must be, to discover the world through evidence she could extract autonomously—to understand for herself and not from authority. 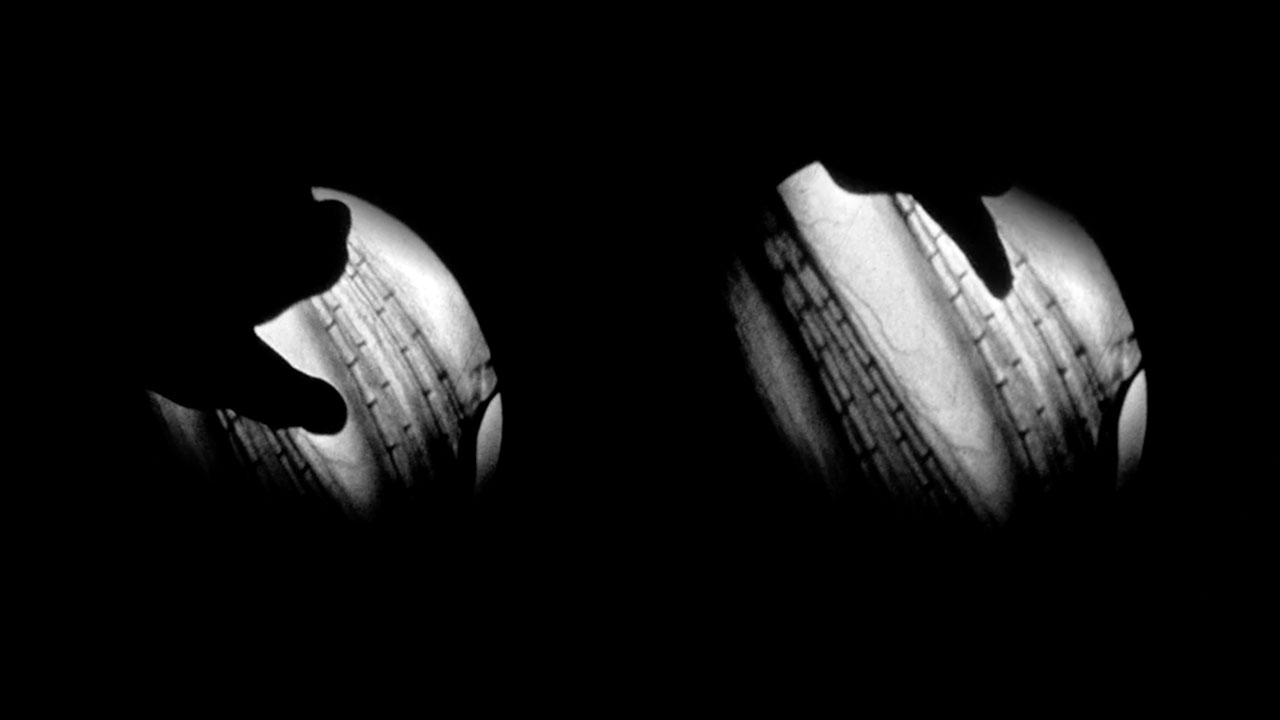 Nicholas DelRose is a plant biology PhD candidate at New York University, studying root regeneration in Arabidopsis thaliana. He is also the co-founder and art director of a new greeting cards company, Damaged Goods.  His art and biology interests began at an early age when he became well-practiced in papier mâché and fascinated by the metamorphosis of caterpillar to butterfly. He has continued interest in the intersection between art and biology, and in science communications through 3D illustration, animation, and writing.