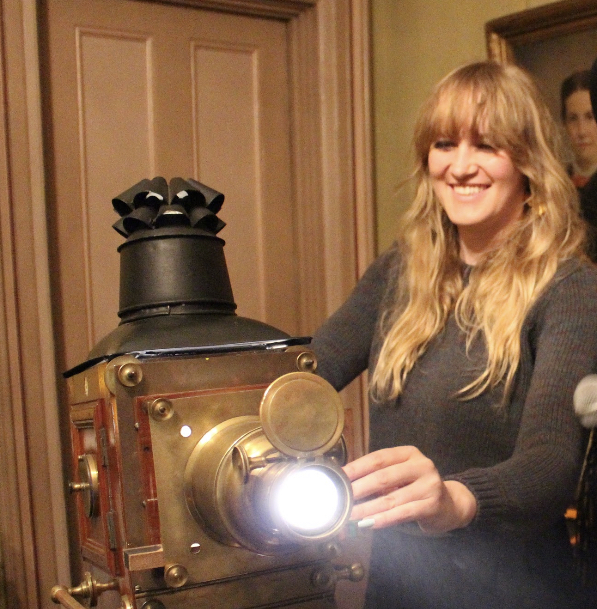 Melissa Ferrari is a nonfiction filmmaker, experimental animation artist, magic lanternist and educator who seeks to acquaint folklores of the past with contemporary culture. In exposing peripheral histories, she aims to unveil the wonder that lies in the shadow of nonfiction, rather than fiction. Her practice engages with the politics of contemporary cryptozoology and skepticism, the history of phantasmagoria and documentary, and the mythification of current science and pseudoscience.

Originally from Virginia, Melissa is now based in Los Angeles where she recently received an Experimental Animation M.F.A. from CalArts. Her films and magic lantern performances have been shown internationally in venues such as the Ottawa International Animation Festival, Hauser & Wirth LA, Ann Arbor Film Festival, Hot Docs, the Imagine Science Film Festival, and the Slamdance Film Festival.  Melissa's commissioned documentary animations as a freelance director and animator have been featured in The New York Times Op-Docs, Nautilus, MoMA Doc Fortnight, TED and PBS.