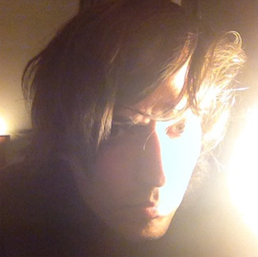 Mauricio Freyre (Lima, 1976) researcher, audiovisual artist and filmmaker with a background on architecture. His projects revolve around structures and systems of ideas in the margins of the constructed and the projected, focusing the attention on blind spots, dark areas, accidents, distortions and forms of consciousness that are excluded. Currently he is working on the audiovisual project ‘Estados Generales’, focused on the role of botanics and its agency within the colonial sciences, exploring the political and subversive dimension of the plant world in relation to a western epistemology. His project ‘Interspecies Architecture’will be premiered in May at the 17th Venice Architecture Biennale as part of the Taiwan Pavilion.He has obtained the National Prize for Experimental Films awarded by the Ministry of Culture in Peru and the Matadero Production Grant in Madrid. His films and installations have been part of different programs and exhibitions including Festival Internacional de Cine Valdivia, Strangloscope, Les Rencontres Internationales Paris/Berlin, l’Alternativa, Haus der Kulturen der Welt, TENT Rotterdam, Nederlands Film Festival and Fundación Telefonica Lima.