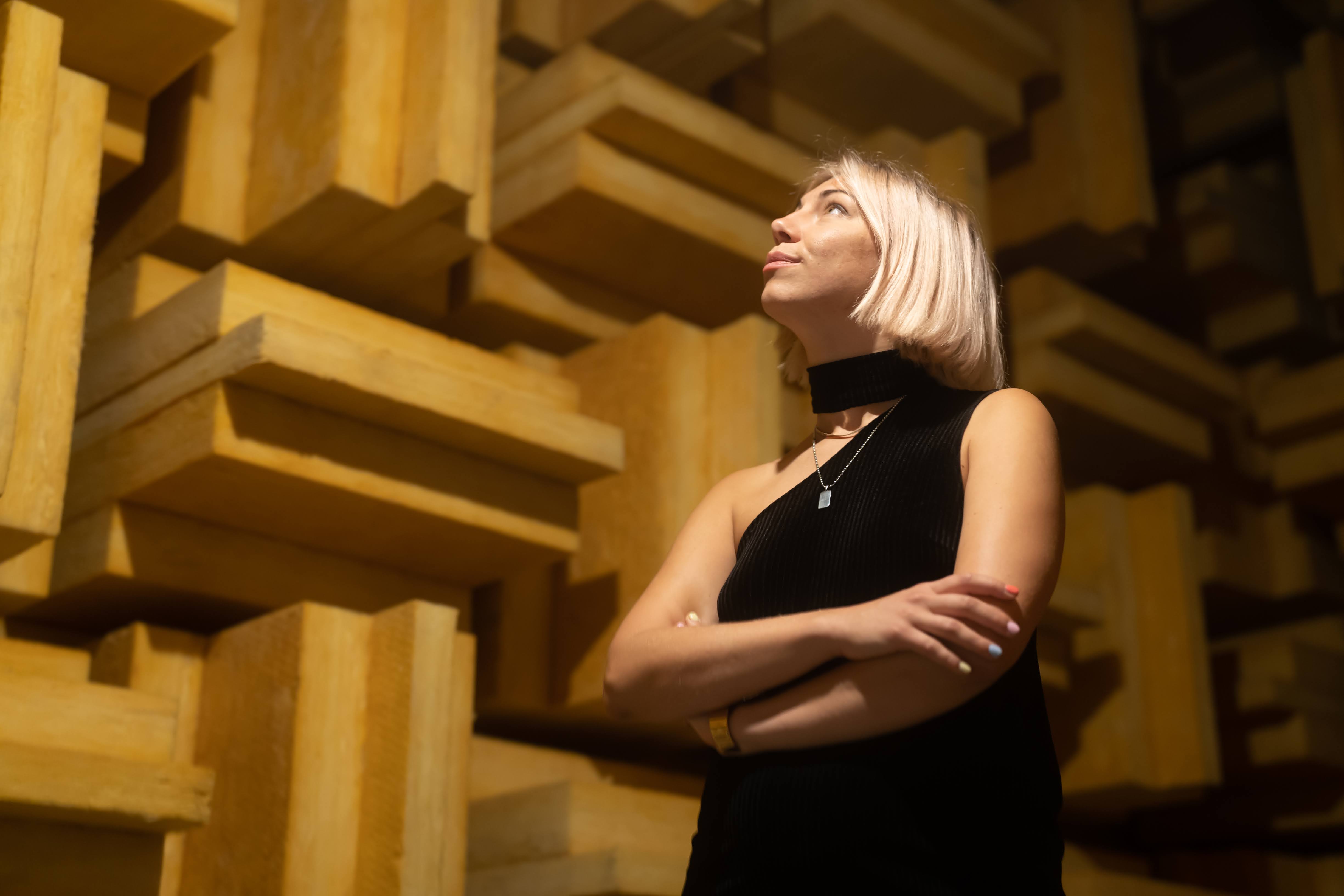 Working between documentary and the imaginary, Škarnulytė makes films and immersive installations exploring deep time and invisible structures, from the cosmic and geologic to the ecological and political. Her blind grandmother gently touches the weathered statue of a Soviet dictator. Neutrino detectors and particular colliders measure the cosmos with otherworldly architecture. Post-human species swim through submarine tunnels above the Arctic Circle and crawl through tectonic fault lines in the Middle Eastern desert.

Winner of the 2019 Future Generation Art Prize, Škarnulytė represented Lithuania at the XXII Triennale di Milano and was included in the Baltic Pavilion at the 2018 Venice Biennale of Architecture. With solo exhibitions at Tate Modern (2021), Kunsthaus Pasquart (2021), Den Frie (2021), National Gallery of Art in Vilnius (2021), CAC (2015) and Kunstlerhaus Bethanien (2017), she has participated in group shows at Ballroom Marfa, Seoul Museum of Art, Kadist Foundation, and the First Riga Biennial. In 2022, Škarnulytė participated in the group exhibition Penumbra organized by Fondazione In Between Art Film on the occasion of the 59th Venice Biennale. Her numerous prizes include the Kino der Kunst Project Award, Munich (2017); Spare Bank Foundation DNB Artist Award (2017), and the National Lithuanian Art Prize for Young Artists (2016).

She received an undergraduate degree from the Brera Academy of Art in Milan and holds a masters from the Tromsø Academy of Contemporary Art. Her films are in the IFA, Kadist Foundation and Centre Pompidou collections and have been screened at the Serpentine Gallery, UK, Centre Pompidou, France, and the Museum of Modern Art, New York and in numerous film festivals including in Rotterdam, Busan, and Oberhausen.

She is a founder and currently co-directs Polar Film Lab, a collective for analogue film practice located in Tromsø, Norway and is a member of artist duo New Mineral Collective, recently commissioned for a new work by the First Toronto Biennial. Her most recent monograph Sirenomelia (2021) is currently available from Sternberg Press.