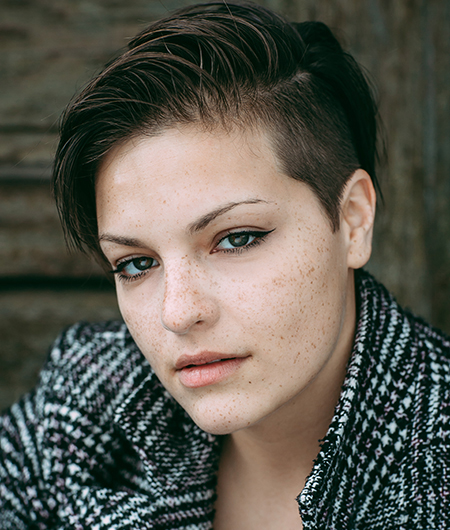 Camille was born in Montreal to a Newfie father and a Trinidadian mother. She moved to Toronto as a teenager and now resides in Vancouver. She’s appeared in shows The Twilight Zone, Valley of the Boom, Motherland and The Big Sky.           Camille’s first film No. 2: Hush Little Baby, which she wrote, directed, produced and starred in, won Best Debut at the Discover Film Awards in London, where it went on to win the Craghopper’s Film Prize of £20,000, the world’s largest cash prize for an international short film. The same festival later awarded No. 3: In the Absence of Angels with Best Director and Best International Drama.  Her films have screened at festivals like Slamdance (for which she is now a programmer), The Awareness Film Fest (Special Jury Innovation Award), Canadian Film Festival (Special Jury Award), Women’s Film Festival (Best First Time Filmmaker) and the Female Eye Film Festival. Camille is a recent cohort of the Women In the Director’s Chair Story & Leadership program and the Whistler Film Festival’s Producers Lab for development of her first feature Man In Pieces. Her most recent short film funded by the Harold Greenberg Fund, Creative BC and The National Film Board of Canada premiered at the renowned Calgary International Film Festival where it won Best Live Action Short and $1000 prize. It will also be screening at the St. John’s International Women’s Festival, Imagine Science Film Festival (NYC), Awareness Film Fest (LA) and the BAFTA-qualifying Aesthetica Short Film Festival (UK).