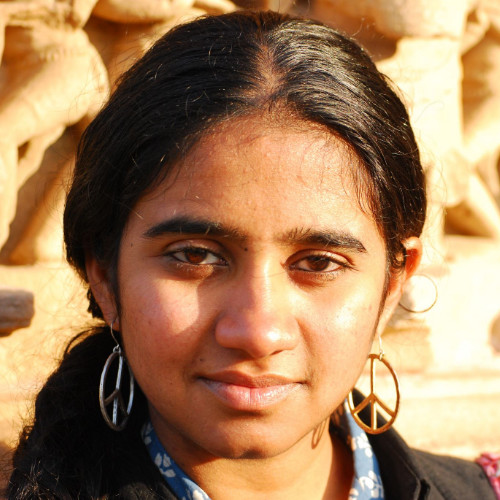 Filmmaker - writer, director and film teacher. Audio-visual artist, working on researched fiction and non fiction. Sanyukta Sharma graduated from Film and Television Insititue of India, Pune, in 2014, with a Diploma in Film Direction. Currently a resident of Delhi and Vill. Bunglow Ki Kandi. Her short films made during the course are ‘Tashi Delek’ a 10 miniute fiction film, ‘Soja Rajkumari’ a playback film, and ‘A Dream Animal’ her diploma film of 23 miniutes fiction. She intends to work on documenting the life of humans as lived with their environment through various mediums.