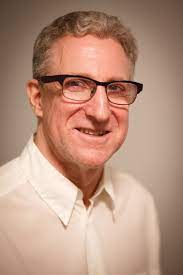 Mark A. Levinson is an American film director. He directed the 2013 documentary Particle Fever and the 2019 documentary The Bit Player.

Serving as director of Particle Fever, Levinson told the story of the experimental discovery of the Higgs boson. The film covers the scientific process and the scientists behind the research. He wanted to show science in a realistic and appealing way. In 2007, he met with future co-producer David Kaplan, who had been toying with the idea for a science documentary on the Large Hadron Collider.

Levinson earned a Bachelor of Science degree at Brown University. He received a Ph.D in Physics in 1983 at the University of California, Berkeley. Thereafter, he moved into a career in film and television