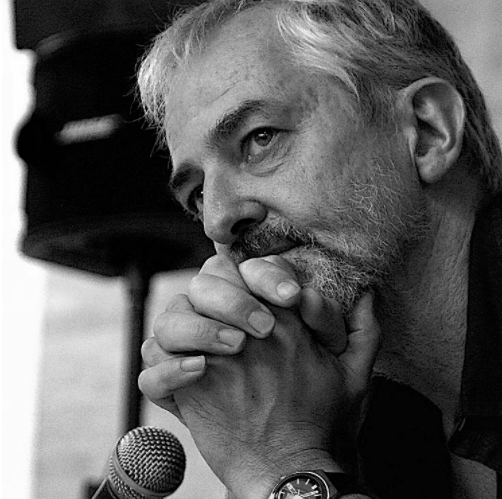 Award-winning audio-visual storyteller. Born in 1958 in Bardenberg, Germany. Joint Swiss and German citizenship. In 1982 receives degree from the HFF (Hochschule für Fernsehen und Film) in Munich. Since 1980 independent director, cinematographer and lecturer. Collaborated on over 100 documentaries and feature films for television and cinema. Professor's chair at the Filmakademie Baden-Württemberg in Ludwigsburg, Germany. Since 1999 in charge of various script development programmes. As a board member of FOCAL and the Swiss Filmmakers Association active in the building up of Swiss filmmaking. For his cinematography in MY NAME IS SALT by Farida Pacha he received the renowned German Camera Award in 2014 as well as several awards at international festivals.

My Name is Salt