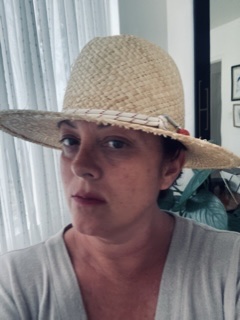 Lupita Peckinpah lives in Mexico,City and works on projects between Mexico, USA and Europe. Her last projects are Peckinpah Suite, directed by Pedro Gonzalez, produced by TCM Spain, France and USA. She was the Production Designer on Son of Monarchs, directed by Alexis Gambis and produced by Labocine and Phoneix Films. NY/Michoacan/Mexico.

Starting a new project is working with an empty canvas.
i get to take the story, someone else vision, and bring life to it.
With my experience and by using my creativity,my heart,my feelings,my eye,my hands, I access to the world of the costumes and it's history, creating pieces of art.

For me my inspiration comes from my experiences along the way, the universe,nature,my mother, my daughter, my father,the people I