Of Medicine and Miracles 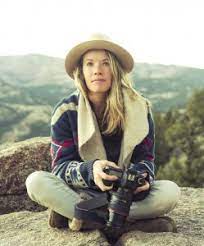 Keely Kernan is an award-winning freelance photographer and filmmaker who grew up in the Appalachian mountains. She has traveled extensively both nationally and internationally to produce work for a variety of media outlets and non-­profits. Her work focuses on topics such as the environment, the natural resources that we use daily, globalization, identity, and community. She is a Flaherty Seminar Fellow, the recipient of the Princess Grace Award in film and a recipient of the LEF Moving Image Fund grant for the preproduction of her latest feature length documentary, UNDER THE VALLEY. The film focuses on the depleting Rio Grand aquifer in the San Luis Valley in southern Colorado.

Her interactive documentary entitled THE MISSISSIPPI, which takes users on a journey from the headwaters of the river to the Gulf of Mexico, was selected to screen at the 2022 SlamDance Film Festival.